5. No Country for Old Men

No Country for Old Men can be argued as the boldest movie The Coen Brothers have ever made to date. The Coen Brothers were bold enough to create a slow-paced film that rides on a wave of quiet suspense as if it were all building up to a thrilling conclusion (particularly one seeing a final showdown between Anton Chigurh and Llewelyn Moss), only for all of that thrilling action to take place off-screen.

Just before we’re graced with the last confrontation between the protagonist and the antagonist, we’re suddenly plunged into the aftermath of the showdown instead without a moment’s notice. Anyone who invested their time into this film and hoped for a payoff between Llewelyn and Chigurh were not only sadly letdown, but for some, deeply frustrated and annoyed. 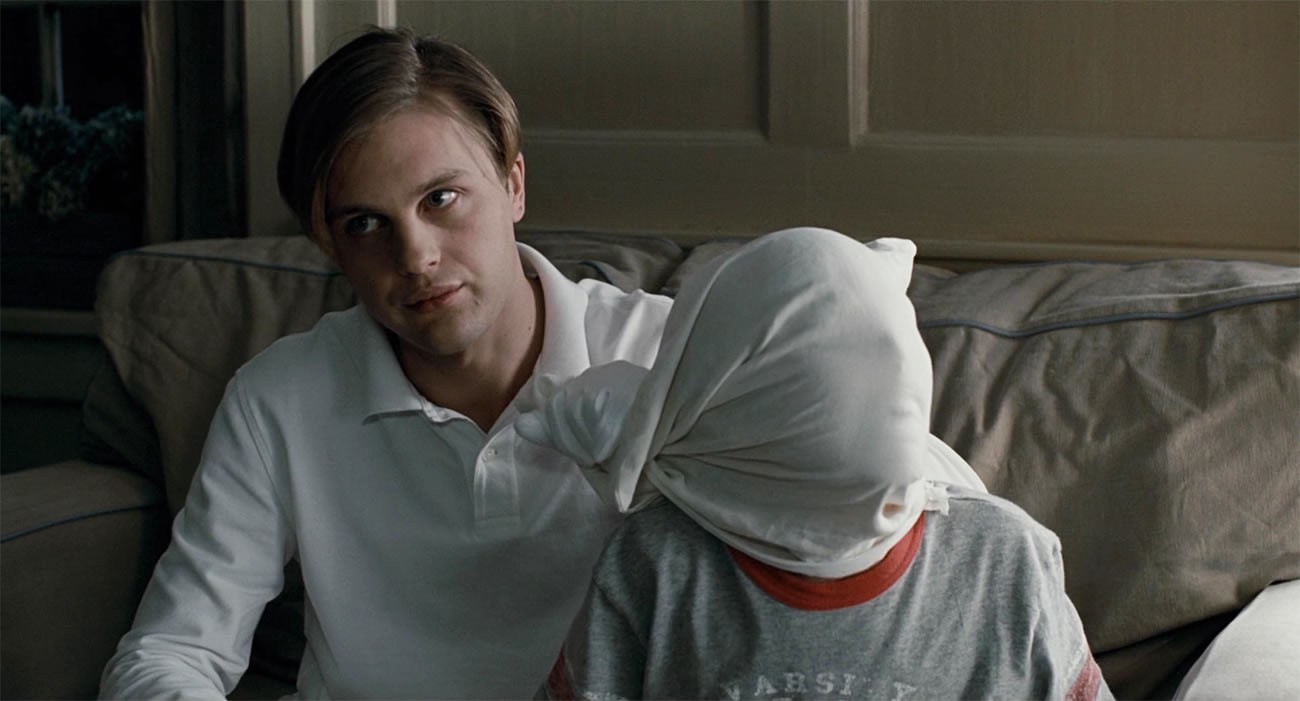 Funny Games can be frustrating on two accounts. The first being that it’s frustrating when watching the American remake for those who saw the Austrian original because the US version is a shot for shot remake (although that should not be too much of a surprise considering that Michael Haneke directed both films).

The second being just how often Funny Games breaks the fourth wall. Most audiences like to suspend their disbelief in a film and get lost in the film’s universe. It’s hard to do that when the film happens to constantly acknowledge and recognize that it is a movie.

For Funny Games, this is doubly frustrating when something significant happens and one character literally rewinds the film backwards via a remote control in order to prevent the event from happening.

To make things even worse, for viewers who like to see the villains get their comeuppance while the protagonists stand tall at the end, they may not have been too happy to see the killers win, walk away scot-free with no consequences, and then start their mind games with a new family all over again to close out the credits.

This is yet another movie which is on the list because of the ended, but unlike most of the endings we’ve mentioned on the list thus far, it is the ending of The Usual Suspects which is more like to outright enrage audiences.

When you first see it at face value, the initial Soze reveal is mindblowing enough that you forget that everything else in the movie was a ruse. Then, after the dust settles and you put two and two together, you feel like you’ve just been duped.

No one wants to invest over an hour and a half worth of time to characters and plot only to find out it was all made up by the unreliable narrator. It just gives you a deflated feeling of “Why?” and “What was the point?” when leaving the theater.

Burn After Reading takes the premise of the average spy film and by setting it in the realms of reality, The Coen Brothers set out to crank things down by 11 notches. For a spy movie about a CIA agent’s memoirs falling into the hands of two gym doofuses, this film is oddly mundane.

Sure, there’s the occasional burst of energy brought on by a strange occurrence, but other than those few bursts, everything feels business as usual when the plot suggests that the film is anything but that.

Any avid spy movie lover should not expect your typical James Bond film. Gone are the gadgets, the espionage, and even the intrigue. Just a sea of doofuses not knowing what they’re doing or even what’s going on.

The Coen Brothers’ final middle finger to its audience comes in its climax where the few action that does happen occurs off-screen (we’re merely told what happens by a CIA director) and the characters reach a resolution despite not knowing exactly what just happened. Talk about unsatisfying. 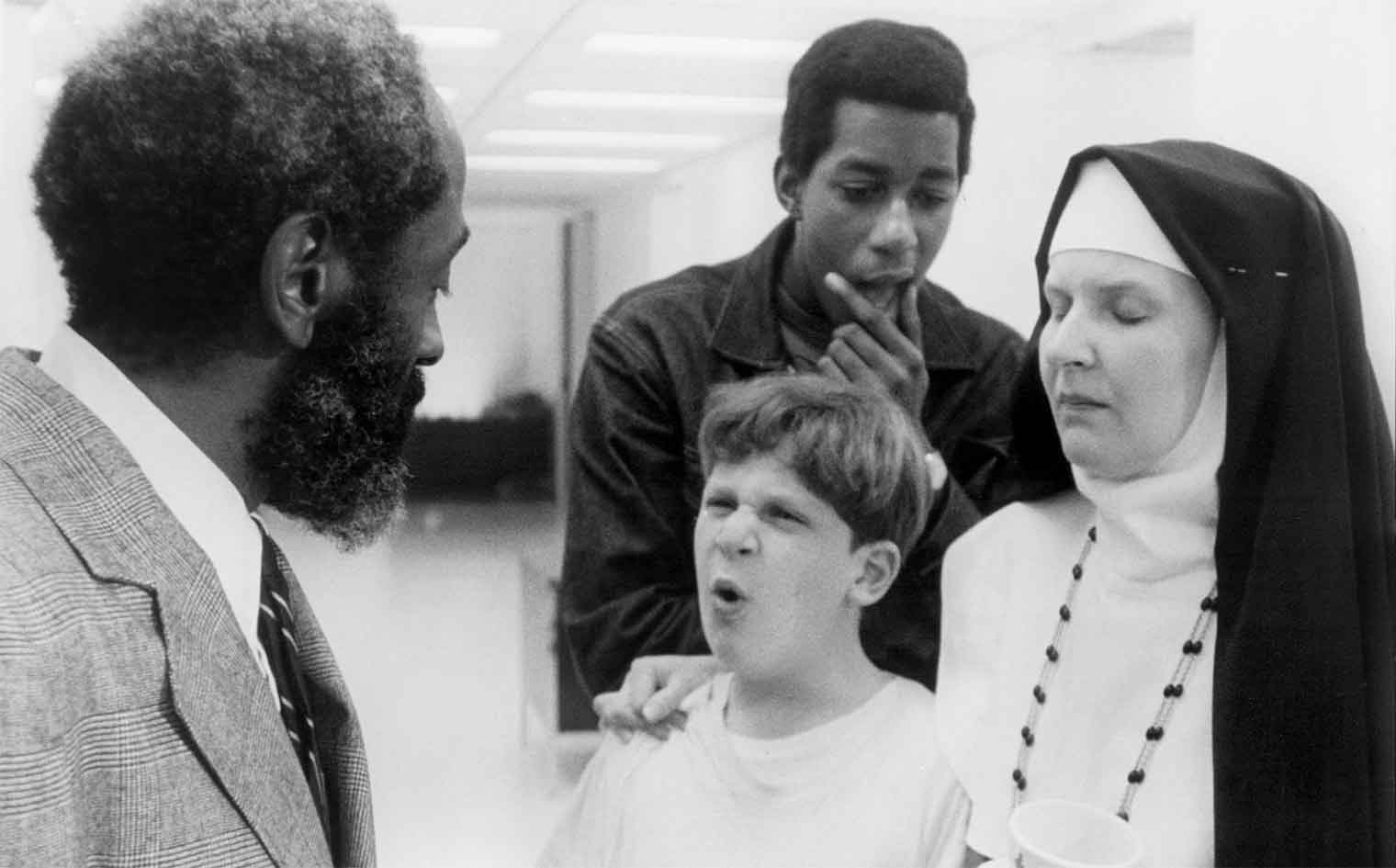 We think Birth.Movies.Death’s very own FILM CRIT HULK may have said it best when he called Putney Swope the “GREATEST F*CK YOU MOVIE OF ALL TIME.” Putney Swope is the most biting satire that none of you have heard of. Directed by Robert Downey Sr., it’s all about the title character, an African American who gets voted as the Chairman of the Board because his all white executive board (all of which wanted to vote for themselves) voted for the black guy because they thought no one else would.

What follows is an absurd, hilarious political commentary calling out commercialism and capitalism. No one is left unscathed as damn-near every group of every shape, size, and color gets an ear lashing from the film. As a means to educate its audience, this movie goes out of its way to deliberately frustrate and anger its audience.

Author Bio: Joe Anthony Myrick is a freelance writer, journalist, screenwriter, filmmaker, and photographer. I know, sounds like a lot for one guy with two thumbs to put on their plate. I can’t help it though as I am a man of many passions, but above all else, writing is my biggest passion and also my greatest skill.

1532
SHARES
FacebookTwitterSubscribe
Subscribe via Email or RSS Feed
Pages: 1 2
Comments (26)
Movies Made To Frustrate Its Audience