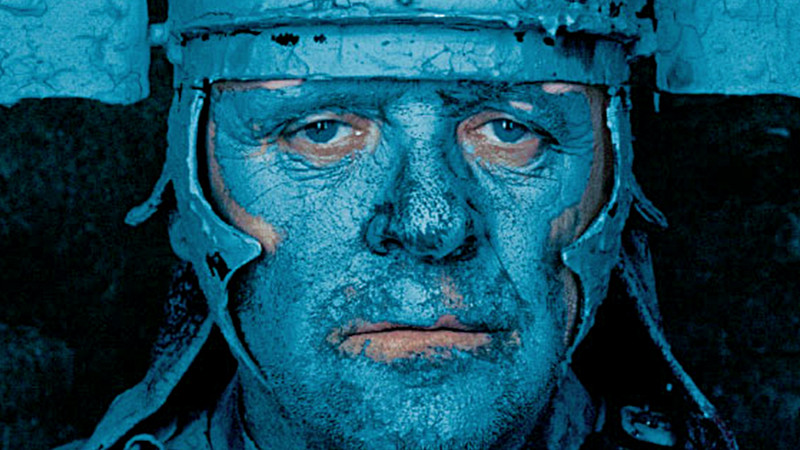 Throughout film history, geniuses made masterpieces that represent not only the issues of their own times but also reaching universal themes — these movies are relatable years after their initial release.

This list compiles such works from around the world: Italy, Japan, France and beyond, crossing over genres from horror to comedy. 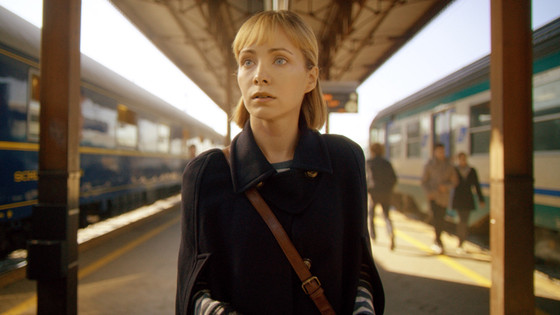 This is a masterpiece that does not seem like a masterpiece. The plot might look cliched, the characters might be stereotypical and stupid,. What makes this recent film a great motion picture is an unwavering, almost religious love for the cinema—in particular, the masterpieces of Federico Fellini.

In Search of Fellini is best understood by true lovers of the cinema—for any other casual viewer, this movie might not be the best entertainment. Yet for the real cinephile, the South African director Taron Lexton’s infectious love letter to the movies is more than touching: it can be earth-shattering.

A coming-of-age film structured around a young girl’s (Ksenia Solo) attempts to meet Fellini, the audience witnesses her marveling the antique beauties of Italy, falling in love, being deceived, and grew into an adult. The message is this: we may have to go far away to find what’s within, we need to see humanity’s ugliness to see its beauty, perhaps we pass through many horrors just to rediscover our love for the world.

Before watching this film, it is best to establish a familiarity with Fellini’s works—in particular, La Strada (1954). This movie reminds its audience how the silver screen truly lights up the world. 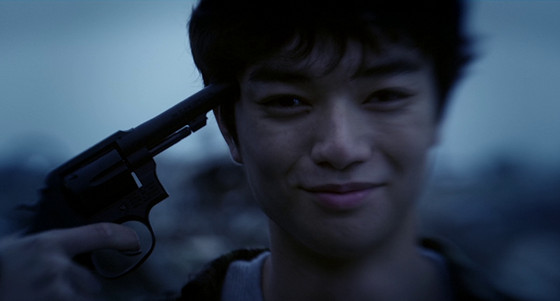 This is perhaps Sion Sono’s best work since Love Exposure (2008). The earlier film is a great Russian novel in the vein of Japanese extravagance. Himizu, on the contrary, is a requiem for the victims of the Tōhoku earthquake and tsunami struck on 11 March 2011. Based on a Magna of the same name, the film is both violent and tender, realistic and fantastical, and is above all greatly passionate.

Sono makes great use of Wolfgang Amadeus Mozart’s requiem throughout the whole film, building the traumatic tensions between death and destruction, desire and love. Violence is pervasive in the movie: friends hit one another, a father encourages his son to commit suicide, a mother builds a hanging stall for her daughter.

The actors, Shōta Sometani and Fumi Nikaidō, express great emotional intensity in their performances. The young adult characters live between the worlds of innocence and cruelty, they struggle between dreams of beauty and the evil banalities of life. Yet this is not an ordinary story, every situation is taken to an extreme while remaining believable.

Sohei Tanikawa’s natural cinematography adds to the film’s dark gravity—resulting in the look of a Caravaggio masterpiece. This supreme work of art is comparable to Michael Haneke’s best works. The movie is an experience that goes straight to the obscure heart of the human soul. 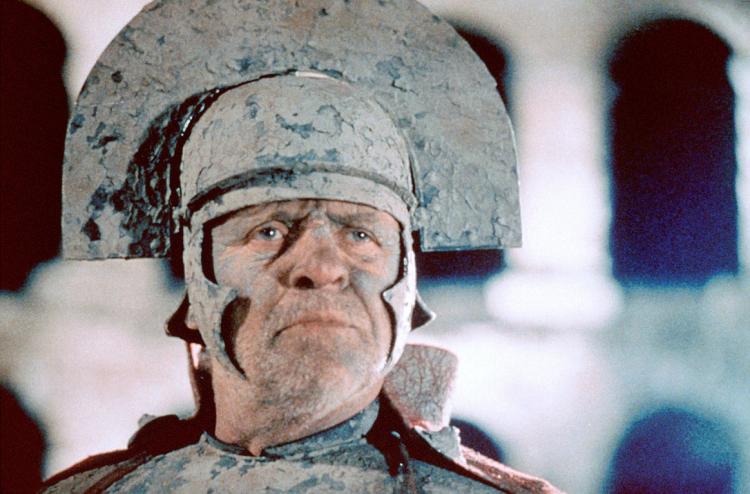 Shakespeare is the greatest writer of all times. Hamlet, King Lear, Macbeth, Othello, The Tempest and many other plays form a milestone in western culture. Titus Andronicus, however, is considered one of the playwright’s lesser works. T. S. Eliot said the play is “one of the stupidest and most uninspired plays ever written, a play in which it is incredible that Shakespeare had any hand at all”.

Violent and simple-minded the play may be, the film director Julie Taymor managed to turn it into a cinematic masterpiece. Aided largely by the charismatic performance of Anthony Hopkins, Titus runs like an absurd tragedy fused with powerful bursts of black humor and the deepest horror. Luciano Tovoli’s extravagant and colorful cinematography conveys an ancient yet highly refined visual aesthetic.

The plot does not make much sense; the characters’ motivations often seem contrived; we can only be sure of the beauty of its language. The violent scenes are reminiscent of horror B-movies, with over-the-top gore. Some of the content requires a strong stomach—spoilers are omitted here—but beware the extreme nature of Shakespearean violence.

Despite all this, the film somehow accesses the complex psyche of humanity’s darker desires, of our irrationality and crazy dreams. Also, it is extremely entertaining and intellectually rewarding—for that reason, Titus is a masterpiece. 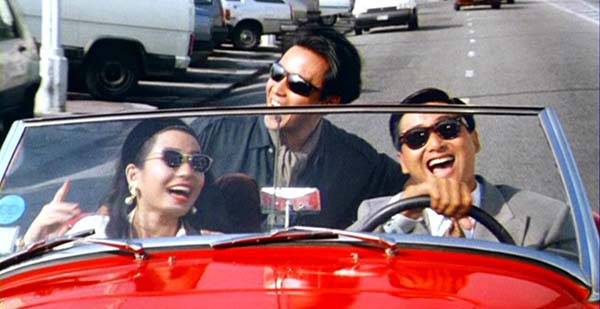 This is not John Woo’s most popular work. Its exploration of friendship may not be as deep as in Bullet in the Head (1990), its action sequences are not as stylized as in The Killer (1989), its histrionics are not as powerful as in Face/Off (1997).

However, this action-comedy contains many meditations on the cross-sections between friendship and love, loyalty and passion. It manages to treat its almost tragic characters with a tenderness and lightness, while not losing delicate touches of seriousness.

If a movie can be compared to a song, Once a Thief resembles Paul McCartney’s Promise To You Girl (2005). It captures a kind of nostalgic melancholy of lost love and faded friendship, yet not falling into any depths of darkness. The movie is a long sad sigh interrupted by peals of laughter and ends with a sincere smile.

But the film is also very entertaining. Its action sequences are self-aware; the audience can relax and enjoy the charismatic performances of some of the greatest and most iconic Hong Kong movie stars. At the same time, there’s an awareness of humanity runs through the vein of all John Woo films. 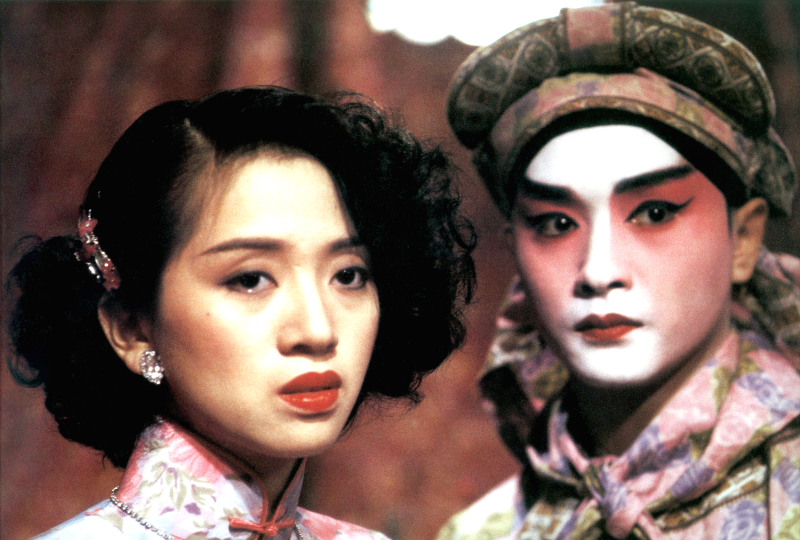 The Hong Kong director Stanley Kwan’s supernatural-romance masterpiece deals directly with love and desire in all their beauty and agony. Winning the Best Film and Best Director Awards at the Hong Kong Film Festival, Rouge is an uncommon Chinese ghost story—it is a portrait of obsession that overcomes life and death, the separation of days and nights, the sunlight and the underworld.

This is also perhaps the most romantic film on this list. It does not look at love with blinding brightness: it acknowledges that love, sometimes, does fade, and time may turn the sweetest longings into ancient ruins. A ghost (Anita Mui) searches for her lover in 1980s Hong Kong, sighing over the changes of times. This movie is utterly moving: perhaps it is a pity to watch a sweet thing die.

Bill Wong’s cinematography highlights the melting heat of passions and the cold backbeats of disappointments. Leslie Cheung, the superstar of Chinese cinema, gives one of his most magnetic performances. The world of 1930s Hong Kong is reconstructed in an authentic tone, allowing the audience to enter into history.

The unique structure and earnest performances make Rouge one of most romantic movies ever made. It is a masterpiece incomparable to any other.