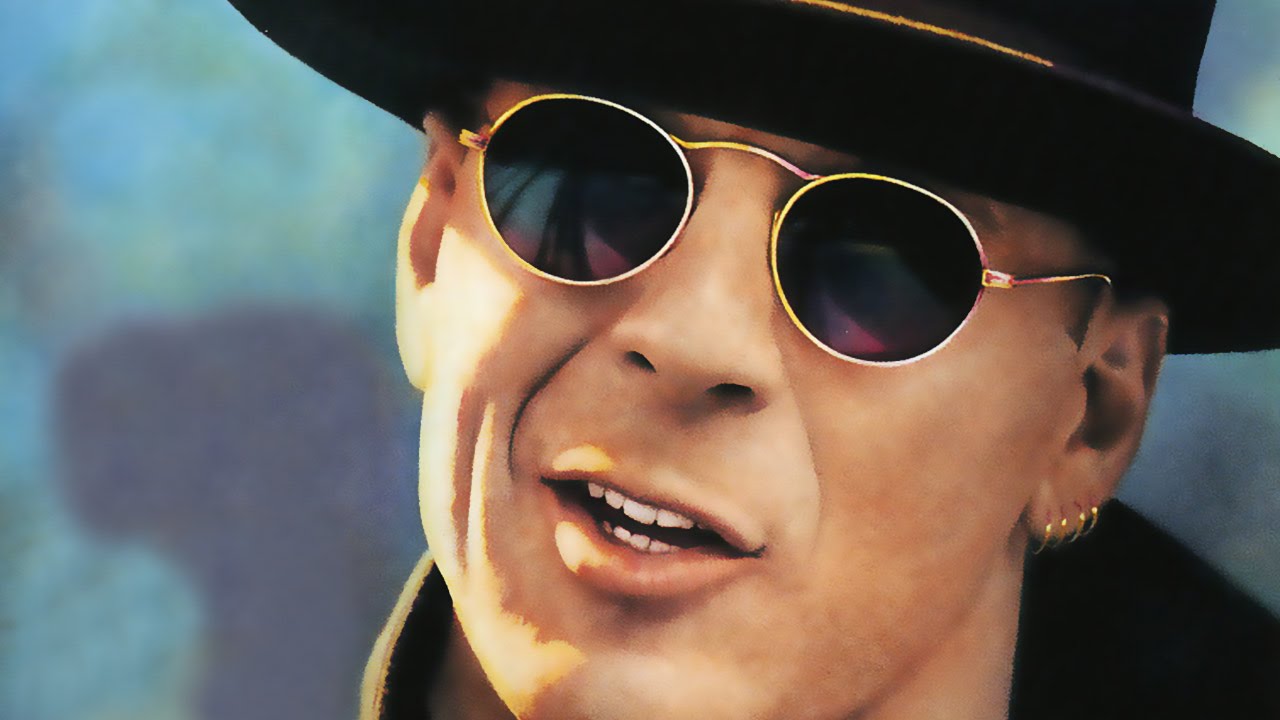 Pre-Flop: Michael Lehmann emerged as a director to be reckoned with straight out of the gate. “Heathers” (1988), the vicious high school comedy that played like the anti-John Hughes, was a scathing review on youth culture’s fascination with suicide, the media spotlight, and the cutthroat nature of cliques, all wrapped up in a hilariously witty script by Daniel Waters and a duo of breakout performances from Winona Ryder and Christian Slater.

The movie shrugged at the box office, but the burgeoning age of VHS changed that – it was an immediate cult hit, and it’s oft-quoted one-liners made it a Hollywood hot commodity in a short time span.

Lehmann’s equally zany follow-up “Meet the Applegates” (1990) was a mash-up of “Leave it to Beaver” with 50’s monster movies, but failed to fascinate in the same manner. Yet it didn’t matter – producers had set their eyes on Lehmann as the next hot ticket.

Film in Question: Going from two relatively low-budget productions straight to working on a big budget Bruce Willis blockbuster never foreshadowed good things, especially when the producer was the infamously short-tempered and controlling Joel Silver (at peak power). Add to that, it’s your star’s dream project he’d been shepherding for years (Willis shares his first and last story credit with the movie).

Plenty of production dilemmas occurred with too many cooks and plenty of extravagant spending, and it resulted in a bizarre movie that not many could make heads or tails of, nor wanted to. More importantly, it was the first bomb for the Willis/Silver golden team, and Lehmann ended up getting thrown under the bus for his troubles.

It’s a shame, since there’s actually a lot to enjoy. Lehmann, along with “Heathers” screenwriter Waters, created a hodgepodge of effective action tropes, loony tunes insanity, and ‘Three Stooges’ slapstick. It’s a bit of a mess, but in retrospect a fascinatingly unique and entertaining one; you certainly don’t get many R-rated madcap comedies nowadays (shut up, “Deadpool”).

Still, his unique talents and individual voice could have catapulted him to the A-list in a similar fashion that Tim Burton had in the same era, yet unfortunately instead of landing his “Batman,” he was saddled with Hollywood’s biggest dud with many not forgetting it.

Pre-Flop: From the mid-80s, Kevin Costner rose from strength to strength, building a teflon reputation as the industry’s most sought after leading men. With old school chiselled features matched with a macho attitude yet sensitive touch, the man did it all – big budget spectacles (“The Untouchables,” “Robin Hood: Prince of Thieves”), classy conspiracy suspense (“JFK,” “No Way Out”), and even romantic leads (“Bull Durham,” “The Bodyguard”) – all of which resulted in box office gold.

Add to that, the man randomly decided to become a director, tackling on the ambitious western script “Dances with Wolves” (1990), and walked away with seven Oscars (including Best Director) for his trouble. With this sort of rep, the press were eager for a directorial follow-up, what could possibly go wrong?

Film in Question: Well before the flop in subject reared its ugly head, Costner’s pedigree had grown slightly tarnished. An infidelity in his marriage had the press turning on his All-American image, and add to that, he starred in (at that point) the most expensive movie ever made – the ambitious apocalyptic action flick “Waterworld” (1995), which had been hyped only to fail with the press due to its widely reported insane production that even had Costner and long-time director Kevin Reynolds split due to heated tensions (they eventually made up years later with the excellent “Hatfields & McCoys”).

With the pressure on, what did Costner do to try and turn his troubles around? Well, he went back to directing – taking on an ambitious apocalyptic action flick… wait, what? That’s correct, he was a glutton for punishment as he tackled “The Postman,” a combo of “Road Warrior” with “Dances with Wolves,” as he played the main role of a man who attempts to inspire hope across an America devastated by World War III – by delivering the mail?

While the film admittedly has some strengths, it also has unavoidable flaws – overlong, over-schmaltzy and over-budget. None of these things helped Costner’s already waning cred and it resulted with him falling off his leading man and directorial pedestal.

Post-Flop: With plenty of years of hard work, Costner managed to gain a strong status amongst the industry again by playing to his strengths as an actor (both the underrated “Thirteen Days” and “Mr. Brooks” are peak work), and although a couple attempts at a Liam Neeson-style action revival have failed, he has churned a respectable run of elder statesmen/mentor roles for big budget paycheques.

Also, he did get a chance to direct once more with “Open Range” (2003), a cracking and beautifully shoot western with some of the genres best shootouts this side of Peckinpah. Fortunately, the critics highly praised the film, but unfortunately it dissolved at the box office and was quickly forgotten – the A-list Oscar hits of his favourite hobby were a thing of the past.

Pre-Flop: Michael Powell enjoyed one of the most enduring filmic partnerships of all time, that with screenwriter/producer Emeric Pressburger. The two created some of Britain’s most championed cinematic endeavours, including “The Red Shoes” (1948), “A Matter of Life and Death” (1946) and “The Life and Death of Colonel Blimp” (1943).

Their 20-year legacy would go on to influence massive filmmaking talents such as Martin Scorsese, George Romero and Francis Ford Coppola. So with such a fine legacy, how could his career end on such a bum note?

Film in Question: That reason would be “Peeping Tom” (1960), the first ‘slasher’ movie and which marked the separation from Pressburger (although they would eventually reunite several years later).

Powell was determined to make a fiercely psychological horror movie centred around a broken man, obsessed with filming the death of his female victims on camera. The execution is hardly as grimy as the synopsis would suggest; Powell, the ever-professional, makes the low budget production an elegant if disturbing affair that delves into heady subjects of cinema’s nature of voyeurism, as well as the repressed sexual nature of Britain’s society.

All of the intelligence placed on the thematics were moots though – Powell came under heavy fire in Britain with the film not just flopping but resulted in his long-running and respectable career go down in an inferno.

Post-Flop: Powell had a difficult time getting films made afterwards and was never able to work in Britain again, having to resort to productions in Germany and Australia with less than enthusiastic results.

It wasn’t until the 70s where, after playing in New York’s grindhouse then arthouse cinemas, that “Peeping Tom” received a massive reassessment that rejuvenated Powell’s reputation with critics. Still, by that point the damage had already been done, but at least his legacy had a chance to be rightfully repaired before his death. 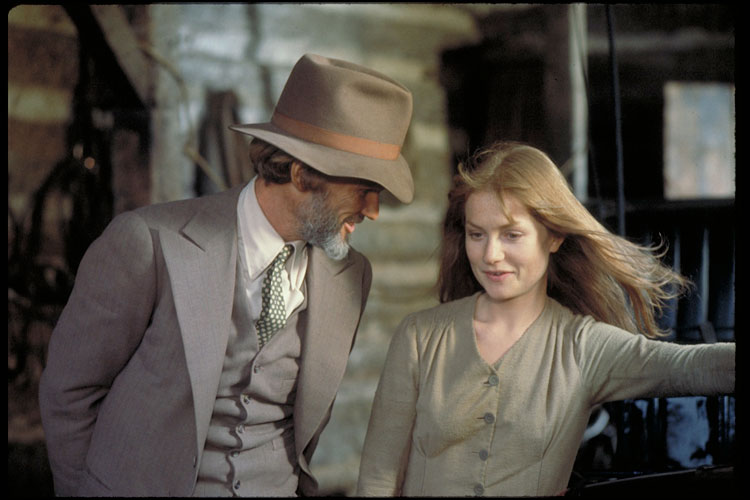 Pre-Flop: Michael Cimino catapulted to success in a space of only two movies, no small feet during the mid-70s, a time when Scorsese, Coppola and Bogdanovich were at their top of their game and consistently creating seminal hits.

After cutting his teeth as a screenwriter, Clint Eastwood was so impressed by the young upstart he offered to produce and star in his directorial debut, the off-kilter buddy/heist movie “Thunderbolt and Lightfoot” (1974) – a colourful, wacky yet moving ride that was an immediate box office success.

Cimino quickly followed it up with “The Deer Hunter” (1978), a harrowing and poetic treatise on war, not to mention a stone cold classic – the film led Cimino to Oscar glory that year, and it was safe to say the film world was his proverbial oyster to what was next…

Film in Question: Well, that was “Heaven’s Gate,” the indulgent, extravagantly expensive western that put a whole studio under and killed the 1970’s wave of creativity in one fell swoop. The ambitious plot was set around a love triangle within the shockingly violent Johnson County War, resulting in a weird mix of Peckinpah and Lean that left critics cold and audiences bewildered.

Over the years, the original cut of the movie (not the truncated theatrical cut) emerged and has lead to a major reevaluation, yet I was too late – the film had already became a cautionary tale that studios used to strike fear into cocky directors or the media used to label out-of-control productions.

Post-Flop: Cimino never recovered,and although he kept working, he was never allowed full control again and it lead to compromised results (e.g. “The Sicilian,” “Desperate Hours”) and on-set drama that only added a taint to a difficult reputation.

The one gem amongst the dreck is fierce thriller “Year of the Dragon” (1985), yet it doesn’t save the sad story of his gradual decline and soon early retirement from the industry.

Pre-Flop: After delivering a sleeper hit with the warm heist comedy “Going in Style” (1979), young director Martin Brest hit the big time with “Beverly Hills Cop” (1984), a movie with several false starts and a revolving door of lead actors. He finally nailed the angle with Eddie Murphy as the lead and a blend of entertaining action, spot-on comedy, and involving fish-out-of-water scenario that gelled and resulted in the smash of that summer.

Brest continued his winning streak with “Midnight Run” (1988), a stellar and superior buddy movie starring the electric combo of Robert De Niro and Charles Grodin, and then “Scent of a Woman” (1992 was a dramatic crowdpleaser that managed to net Al Pacino his first acting Oscar after seven nominations.) The dull romance “Meet Joe Black” (1998) was a rare misstep, but hardly tarnished his rep, and it set up him to return to the sub-genre he worked in best.

Film in Question: Unfortunately, this was “Gigli” (2003), the most infamous bomb of that decade. The massive media hurricane that surrounded its two leads Ben Affleck and Jennifer Lopez sadly influenced a movie that already wrapped filming in early 2002; originally concocted as a crime movie with comedy elements, poor test screenings and studio mandates forced Brest to reshoot the film into a romantic comedy to ride off the media hype.

The miserable and messy ordeal eventually came out in mid-2003 amidst a torrent of bad press and a public that was completely fed up with the ‘Bennifer’ craze. It flopped hard, even being pulled from release in the UK only one week after its premiere.

Post-Flop: This is a short one – Brest’s career not only died, but he officially walked from the industry forever more.