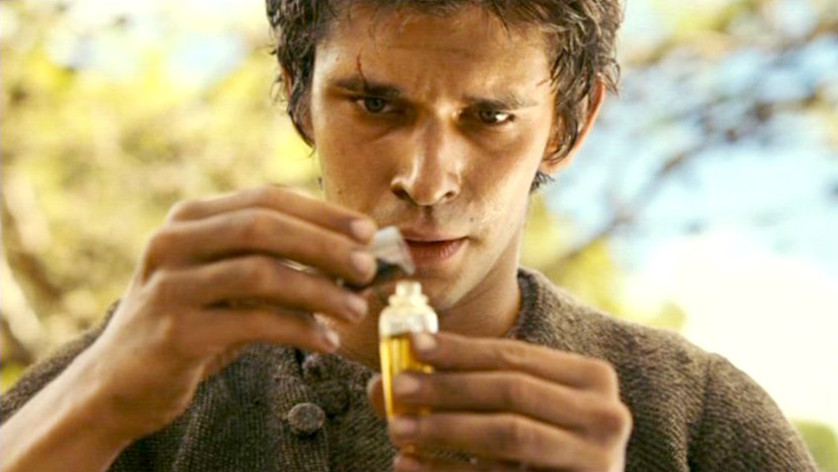 There are millions of jobs out there – some common, others not so much. And so the same goes for fictional characters in films. A lot of thought goes into the character’s creation, including the assignment of their occupation, even if the plot doesn’t necessarily revolve around it. This is because, of course, it is the little things and details that create a wholesome and believable character.

Commonly, the story writers tend to stick to the more ‘typical’ professions for their heroes, assigning them the job of a lawyer, an architect or a writer; there are times however when things get a little more interesting and the characters are gifted with a unique, strange or simply weird and crazy job, ranging from ‘rare’ to ‘fictitious’.

So here is a list of movies whose characters, for one reason or another, are forced to carry out an unusual occupation that may be amusing, absurd, or perhaps even both. 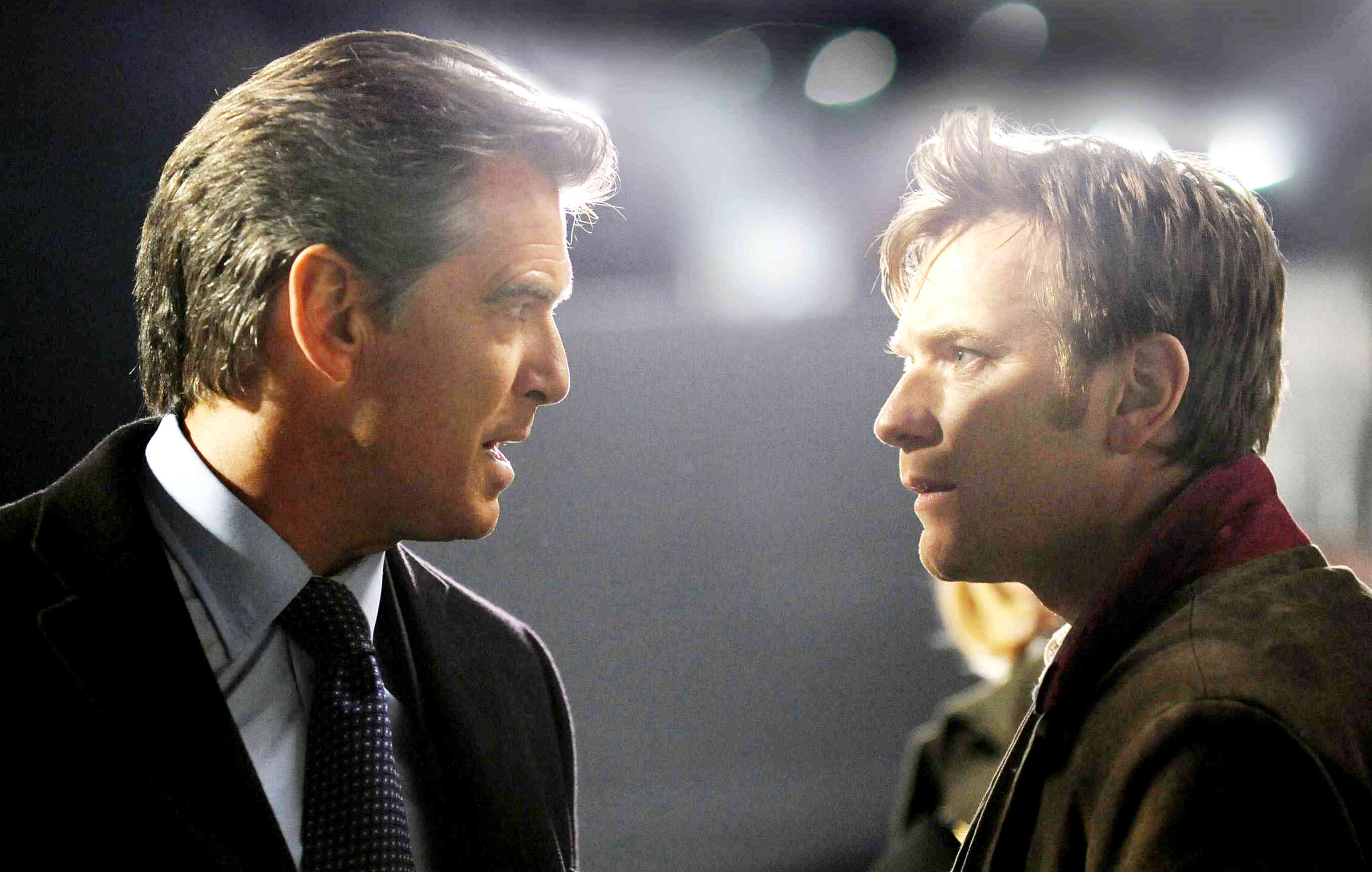 Although not an unusual job in itself, it is a job not often heard of, considering the whole point of a ghost writer is in fact to stay low in terms of a literary name, like a “ghost”. In The Ghost Writer the protagonist’s job is not a simple ghost writing task for an ordinary writer or publication, The Ghost’s (Ewan McGregor) job – as he is referred to – consists of finishing the autobiography of a former British Prime Minister, Adam Lang (Pierce Brosnan) consisting of his memoirs.

The reason for him being offered the job in the first place however is quite disheartening as his predecessor McAra had passed away on the job either due to suicide, an accident, or potentially as the new Ghost discovers, murder. As he travels to Lang’s current lodging to finish the memoir, the Ghost unveils some threatening truths as well as the reason for the death of the former Ghost, making a simple ghost writing task a danger to his life as well as to the reputation of the former PM.

It seems that director Jason Reitman has a thing for unusual but more so unlikable jobs. Considering that for the past 50 or so years there has been solid research and proof, rising by the day, of smoking tobacco causing not only various diseases but also death both to the smoker and the people around them, it is insane to think that someone would be mad enough to be promoting the destructive agent, at least for moral reasons. In Thank you for Smoking, however, Nick Naylor (Aaron Eckhart) does exactly that.

As the Vice President of the Academy of Tobacco Studies, Nick’s entire job consists of overseeing a research facility whose aim is to prove that smoking isn’t in fact the enemy everyone thinks it is. As part of his job, Nick is a public speaker for various major tobacco companies, encouraging people to buy and use cigarettes.

The downside of the job is that Nick is in full awareness of the fact that he is fooling customers with his research, as he even belongs to an after work self-titled club of Merchants of Death, together with his friends holding similar positions with in the alcohol and firearms industries.

His latest mission is to revive and raise smoking amongst young people, a trend that has been decreasing tragically (for Nick of course). And as he attempts to bring back the glamour of smoking, he is faced with the difficulty of hiding his profession and setting a good example to his preteen son. 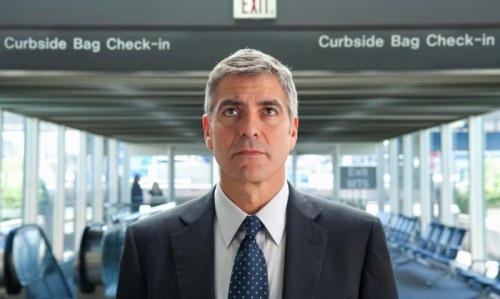 Nobody wants to get fired from a job; but it seems like being in the firer’s shoes isn’t ideal either, considering that you care about other people, their emotions and the consequences the ‘letting go’ may have on them and their family. Ryan Bingham (George Clooney) in Up in the Air, however, has made a steady and successful career out being the ‘bad guy’ and traveling around the world to let employees of various companies know their services are not needed any longer.

However, whether due to karma or simply because most good things tend to come to an end, even Ryan’s spectacular and unusual career comes under a threat after a newly hired employee, Natalie (Anna Kendrick) at his firm decides that perhaps traveling for the face to face meetings may be completely unnecessary with the introduction of videoconferencing.

And this is all just at the time that Ryan has nearly reached his 10 million miles of flying goal, and has found himself a female companion and love interest (Vera Farmiga) who too is always in the air. Trying to save his job and beloved lifestyle, Ryan takes naïve Natalie on an air-trip to prove the importance of his mission both to her and to himself.

The protagonist of Berberian Sound Studio holds an occupation of a sound engineer working in the movie industry, his art work giving him the title of a Foley artist. This job in its mastery is quite a rare one and requires a person of a creative and open mind, using simple everyday objects to imitate sounds of everyday life.

Gilderoy (Toby Jones) is hired by an Italian production company to create and record the sound for a horror film. And here is where Gilderoy’s art job begins to carry a twist as rather than to imitate sounds from life, under the influence of the slightly insane and violent production team including the director life begins to imitate art, as he starts to get the necessary sound recordings through violent methods by torturing the voice actors.

The two most common male professions in romantic comedies are writers and architects, and in fact the protagonist of 500 Days of Summer, Tom (Joseph Gordon-Levitt) is both.

Although an architect by degree, Tom has been unsuccessful in finding a job down that line and therefore the path took him to the former profession of a writer, if he can even be called so, as the job comes with a twist – he is the writer of greeting cards. This sort of job makes one realise that there is in fact a job for everything, and everyone.

Tom’s pleasant and cheerful position of a greeting card writer, goes quite against his current bumpy life flow and unfortunate lack of luck in all aspects. After all, falling in love with the friendly, funny and bubbly Summer (Zooey Deschanel) who unfortunately for Tom doesn’t believe in love can be quite tragic, on top of going through a career crisis and trying to stabilise himself.

The reason for Summer’s cynical thought process is the fact that there is a huge obstacle in the way of love that goes by the name of ‘real life’ of which Tom himself has had quite a dose of.