If you’re into alternate realities, doppelgängers and stuff like that, “Coherence” is your best choice.

What makes this film so great is how grounded it is. Despite being a science fiction film, there are no aliens, spaceships or other typical genre conventions. The premise is pretty simple: after a comet passes the Earth, a bunch of people discover that the exterior of their house has become some kind of dark zone where they can pass from their reality to multiple others, with different versions of themselves and their house. Things get mixed up and what results is one of the most captivating and thought-provoking films of the last decade. 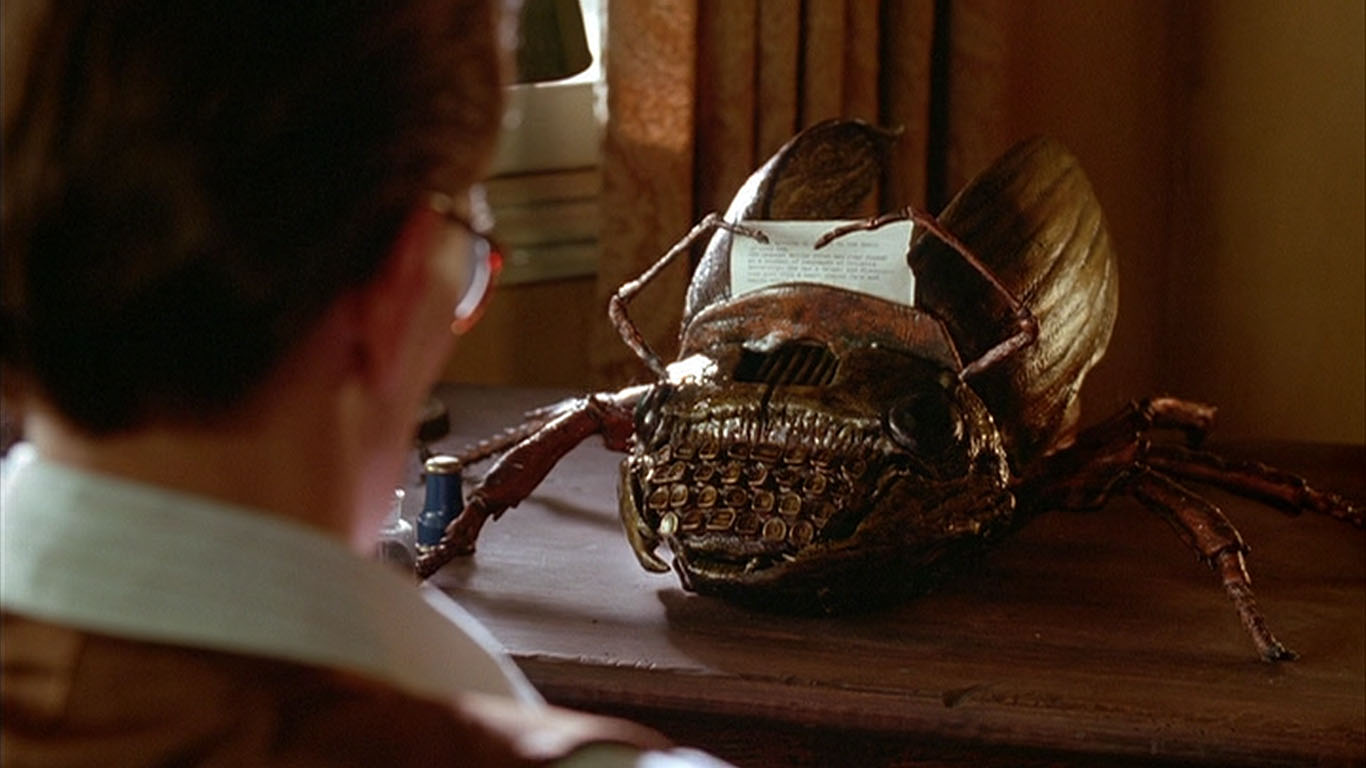 “Naked Lunch” is a bizarre, atypical film even by David Cronenberg’s standards. While not reaching the ambiguity of “Twin Peaks” (especially its third season), this is the kind of film that requires your full attention in order to understand it.

The film’s protagonist is William Lee, an exterminator who begins to have hallucinations after being exposed to too much of his insecticide. He starts seeing bug-like talking typewriters (they’ll give you strong vibes of the arm from “Twin Peaks: The Return”), and an alien reptile-looking creature called Mugwump, who instructs him to assassinate his wife. At first, he thinks he’s going mad and convinces himself that what he saw were just illusions. However, after he accidentally kills his wife – thus unintentionally accomplishing his mission – things get even weirder.

With a jazzy score, otherworldly atmosphere and unconventional story, this is a film that will most likely appeal to all of the “Twin Peaks” fans.

This early surrealist film heavily influenced Lynch’s work and he wasn’t alone; Kubrick’s “The Shining” is also very similar especially from an aesthetic point of view.

One of the distinctive features of Lynch’s work is his fascination with dreams. Despite being overloaded with dreamlike imagery, “Twin Peaks” somehow manages to make it all believable. No matter how strange the things you see might be, they enthrall you with the profundity of their surrealism and the sense of importance that every frame weighs. It is extremely hard to keep the viewer’s attention when you have minutes-long scenes without any dialogue or explicit plot (Episode 8, anyone?), but not for David Lynch.

This fascination for dreams also manifests itself in Alain Resnais’s “Last Year At Marienbad,” a French film which doesn’t follow the rules. The plot is very tangled, not following a specific timeline. Yes, you can get the basics (at a hotel party, a man insistently tells a woman he knows her, but she has no recollection of him at all), but after watching the film, you can’t help but feel that you’ve certainly missed a lot of details and that there’s more to this story that needs to be understood.

In many scenes, nothing specific happens. The camera moves along corridors, showing us the hotel’s guests frozen in time. Dialogues are repeated obsessively. The music is menacing, yet mesmerizing. But just like much of “Twin Peaks,” it feels as though the director tried to capture a dream on film.

Another great thing about “Twin Peaks” is how it always instigates its viewers to search for deeper meanings. After watching the finale of “The Return,” you can’t remain indifferent, even though you know it’s impossible to find an answer to everything. With “Last Year At Marienbad,” you may find yourself in a similar position.

“For me this film is an attempt, still very crude and very primitive, to approach the complexity of thought, of its processes.” These are the words of director Alain Resnais, and perhaps the best way to explain what this film is about.

This mostly forgotten 1987 science fiction film stars Kyle MacLachlan as an FBI Special Agent and no, it’s not Dale Cooper this time.

In “The Hidden,” MacLachlan plays FBI Special Agent Lloyd Gallagher, whose mission is to capture a strange alien creature which inhabits the bodies of its victims and causes havoc in the city. This film was released three years before season one of “Twin Peaks” and you can’t help but think it was one of the reasons why Lynch thought MacLachlan would be a great choice for Dale Cooper’s character.

Tonally, “The Hidden” doesn’t feel too much like “Twin Peaks” except for its humorous approach and offbeat characters. However, having MacLachlan play another quirky, high-spirited FBI agent – that’s something you shouldn’t miss.

Bonus: Chris Mulkey aka Hank Jennings from “Twin Peaks” has a small but memorable role as the alien’s first victim.

This film was the first choice in the “10 David Lynch-Like Movies Not By David Lynch” list and it’s just impossible to not put it in the same place on this list.

Donnie Darko (played by a young Jake Gyllenhaal), a teenager who has problems with sleepwalking, starts to see a creepy rabbit-like creature who calls itself “Frank.” The creature informs him that the world is about to end in 28 days, 6 hours, 42 minutes, and 12 seconds. After this mysterious encounter, a lot of strange things begin to happen in Donnie’s life.

“Donnie Darko” has all the elements: the dark fantasy, the quirky humor, the otherworldly being, the small-town mystery, the abundance of symbolic elements, the iconic music score. It even references “Twin Peaks: Fire Walk with Me” in the dreamlike scene where we are introduced to Donnie’s high school, in a similar manner to the introduction to Laura Palmer’s high school.

If you haven’t seen this film yet and you’re a fan of “Twin Peaks” (or David Lynch in general), what are you waiting for?