It is not easy to write an article involving the infamous IMDB’s Top 250 list. First things first: how does that ranking work? Quite simply, a specific formula aggregates regular users’ scores for any given film that receives at least 25000 individual votes, and then frequently updates the list. What remains undisclosed is how a certain voter can be counted as one of the so-called “regular users”; this happens, of course, in order to maintain “the effectiveness of the Top 250 lists”.

The most common error one can do when talking about this very Top 250 ranking would be to just regard the whole thing as “bad” and/or “stupid”. It is quite the opposite, actually. The fact is, IMDB’s most famous list should not be seen as a perfectly organized and objective ranking of the best 250 movies ever made. Who could manage to write that kind of a list, anyway?

What the list actually does, is to render the general pulse of the contemporary taste of the mainstream viewers towards the art of filmmaking. This explains what happened back in 2008, when countless fans of “The Godfather” pretty much clashed against supporters of “The Dark Knight”, and they all began respectively voting incoherent and absurd ratings of 1 out of 10 their competitor only to take their favourite movie to the highest step of the virtual podium. The funny thing is, “The Dark Knight” was not even released yet.

What this other little list here will try to convey is exactly the same point, by numbering out ten great and important movies that happen to be low on IMDB’s Top 250 for many (probably) different reasons.

Does these ten movies’ low rankings diminish their artistic and historical value in any way? Of course not. But what these rankings might do is to diminish their possibilities to be watched and enjoyed, and maybe even loved, by many viewers that are less aware of the importance of films that are geographically or temporally too distant, or again belong to genres they’re not that used to.

Please note that these are not the only ten noteworthy films to have low positions on the list, and are here reported reflecting their current descending order on IMDB’s Top 250. 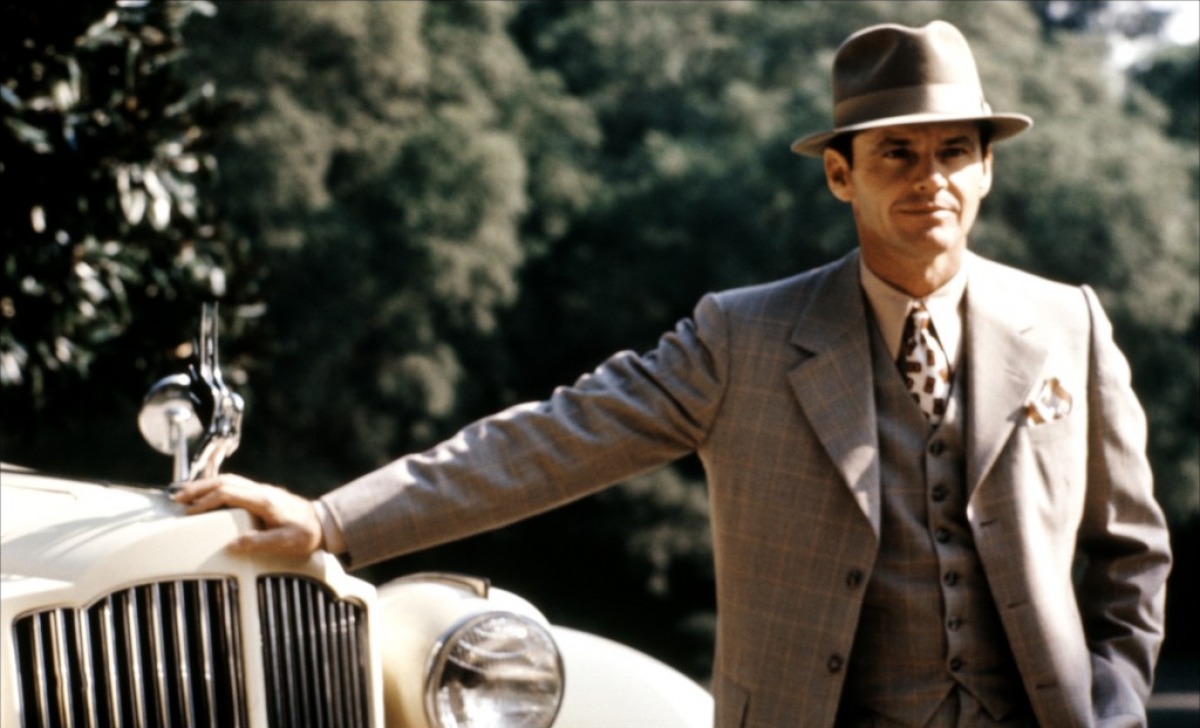 Roman Polanski’s impressive neo-noir stars Jack Nicholson as J.J. Gittes, a private investigator hired by a mysterious woman by the name of Evelyn Mulwray in order to prove her husband Hollis’ unfaithfulness.

The detective follows the man, a chief engineer for the L.A. Department of Water and Power, only to discover that he is in fact seeing another woman. What Gittes also learns is that Mr. Mulwray is refusing to approve the creation of a new reservoir that he thinks will prove unsafe… When the news make the paper, the real Mrs. Mulwray (Faye Dunaway) shows up menacing Gittes with a lawsuit, leaving him to wonder what is happening and who decided to set him up.

One of the most amazing films to come out of the New Hollywood era of American cinema, “Chinatown” has both a great script and some brilliant performances. Polanski’s camera work is as always beyond perfect, and Jerry Goldsmith’s excellent soundtrack succeeds in being both fascinating and menacing at the same time… just like the whole movie.

The most moving film on this list is based on the true story of Joseph Carey Merrick, also cruelly known as the titular “Elephant Man”. Born in Leicester in 1862, Merrick suffered from serious deformities and lost his mother at an early age. After being abandoned by his father, Joseph went on to live in a Victorian freak show until he met Dr. Frederick Treves, a London Hospital surgeon that was able to see and befriend Merrick in spite of his terrible disfigurements, saving him from a life of horror and violence.

Directed by David Lynch, with John Hurt and Anthony Hopkins playing the two lead roles, “The Elephant Man” was both a critical and commercial success and was nominated for eight Academy Awards in 1980, but ended up not winning any.

The film was decided to be elegantly shot in black and white by Freddie Francis in order to magnify the impact aimed for by Christopher Tucker’s make-up effects, which were so acclaimed that the letters of protest received by the Academy convinced the committee to introduce the “Academy Award for Best Makeup” category the year later (which was won by John Landis’ comedy-horror “An American Werewolf in London”).

Antarctica, 1982: the crew of an American research station witnesses a seemingly unexplainable event when a Norwegian helicopter desperately pursuing an Alaskan Malamute through the ice ends up being erroneously blown up by a thermite charge.

The only survivor of the explosion proceeds to shoot one of the team members in the leg while trying to kill the dog, and is finally shot dead by the U.S. station commander. When Dr. Copper and the helicopter pilot R.J. leave to investigate the Norwegian station, all they can find is a pile of dead bodies and a terrifying hominid with two faces melted into one. It is the beginning of a nightmare the U.S. Outpost #31 staff is not at all prepared to face.

John Carpenter’s remake of the 1951 sci-fi classic “The Thing from Another World” serves as what is probably one of the scariest and goriest movies ever made, thanks to a pervading, constant sense of paranoia and of course Rob Bottin’s incredible creature effects.

Ennio Morricone and Carpenter himself worked together on the soundtrack, composing tense and suspenseful themes to fit the movie’s tone. Unfortunately, critics initially saw “The Thing” as pure gore-fest and artless entertainment, while audiences preferred Spielberg’s tender view on alien forms in “E.T.”, which released that same year.

Widely regarded by critics to be one of the best 21st century movies so far, Paul Thomas Anderson’s “There Will Be Blood” would really deserve a higher ranking on IMDb top 250.

Daniel Day-Lewis plays Daniel Plainview, a ruthless silver miner that is able to found an oil mining company in 1902 Los Angeles, California, becoming a wealthy and respected businessman. He also adopts H. W., a worker’s orphaned boy that enables him to become a distinguished family man in the eyes of possible investors. As Daniel’s wealth and company grow larger, his half-brother Henry soon appears at his doorstep, while many different kinds of conflicts generate from within the business.

Truly a gem not to miss, “There Will Be Blood” is only one of many great films by Paul Thomas Anderson (the man behind “Boogie Nights”, “Magnolia”, “The Master” and “Inherent Vice”). Containing one of Daniel Day-Lewis’ most powerful and praised performances, the film is an example of brilliant scriptwriting and exceptional cinematography, giving it an instant cult status in contemporary American cinema. “The Phantom Tread” will be PTA’s next movie, hitting theatres this Christmas, and will probably feature the last ever acting role for Day-Lewis before his retirement.

There are many important films about war, and some of them are today widely regarded as masterpieces of the Seventh Art. One of the lesser known of these is “Idi i Smotri”, by Russian director Elem Klimov: this heartbreaking, visually stunning film revolves around Florya, a 14-years-old boy that finds an old rifle and dreams about joining the Byelorussian resistance to fight off the German Nazi invaders. Left behind at the partisan camp, Florya meets a girl named Glasha; soon the two will have to escape from German paratroopers attacking the camp, and face the unforgiving horrors of World War II.

“Idi i Smotri” is a wonderfully shot film, capable to depict both the childish innocence of the two main characters and the terrible events and repercussions of war on common people trying to lead their everyday life. At times hard to watch and almost unbearable, it really is a must see for every cinephile.