Being a cinephile nowadays is a tremendous deal. No matter how many films someone watches per year or how well informed someone is, something is always going to be missed. It’s a fact, so always be prepared to say “no” when someone asks you the illustrious question: “Do you know this movie?”

The biggest fear of a moviegoer may be the fact of not having any more films to watch. Now that’s a big deal. Although it may never happen, you will always ask yourself the “if” question. But don’t worry. Film production is always on the move. While everybody complains about the lack of originality in Hollywood and the lack of ideas in general, the truth is that there is always something new to tell. And more importantly than telling something new is telling something in a new or different way.

The main goal of this list is to introduce the listed films below to a larger audience, and get the audience to know a little portion of the great cinema that hides around. For a true inquisitive film lover, or depending on the where region someone resides, some titles may be known, but for the average moviegoer, these films are generally completely unknown.

Having said this, feel free to share your great not well known films in the comments section.

So, here we go with 10 incredible films from the last century you may have missed in your lifetime.

This Swedish film from 2002, directed by Lukas Moodysson, who also directed the cult film “Fucking Amal” (1998), is a touching work of art.

It tells the story of an underprivileged teenage girl who has been abandoned by his mother and has to make a living on his own, and stars Oksana Akinshina playing the beautiful and poor Lilya, and Artyom Bogucharsky as his little friend Volodya. These two characters wander around the marginal neighborhood as the audience is witnessing their poor and tragic lives. Moodysson grants the film a documentary-like aspect, without withdrawing the fiction narrative.

Having said that, “Lilya 4-Ever” is a European masterpiece. Beautiful, despite its extreme crudity. “Lilya 4-Ever” is really a captivating film. The desire to embrace Lilya and tell her that everything is going to be okay is assured.

For a cult film follower, this film may be known or at least sound familiar. The truth is, however, is that this film is a shocker. It’s a heart ripper. But don’t hesitate before watching it, because this film, in spite of being fictional, is very cruel and real.

Quoting a phrase in the film from Volodya: “You remain dead for all eternity, but you’re alive only for a brief moment.” 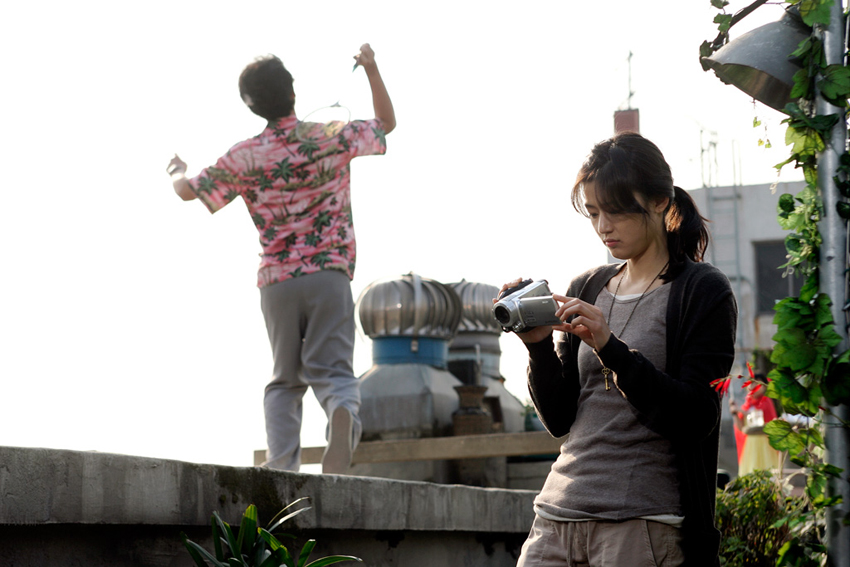 South Korean cinema is usually a synonym for quality, and in these recent years, even more thanks goes to directors like Park Chan-Wook and Bong Joon-ho with their dark and gritty stories. Now, unlike the famous violent face of South Korean cinema, this one is filled with a bright and comedic tone without leaving drama aside.

“A Man Who Was Superman” is a charming and cheerful movie about love, about the most unrealistic human misfortunes, and about a man who really believes in his heart that he is Superman. The audience follows this peculiar man and enters the psychology of a disturbed man due to a past experience. We get to know more about this character inside the movie thanks to the reporter character played by Ji-hyun Jun, who, surprised by his acts, decides to do a reportage about him.

This is a really hidden gem inside all this wave of South Korean cinema that reaches us. For someone who enjoys films from this region, it will surely be rejoiceful the fact that Jung-min Hwang plays the main character, and that he does an incredible job portraying this phenomenal character.

A really charming hidden film that deserves more attention, and for a superhero lover (especially for Superman for obvious reasons), it’s a joy.

Have you ever heard the phrase: “love it or hate it?” Well, this French-Belgian film directed by filmmakers Hélène Cattet and Bruno Forzani clearly lives up to its meaning.

It is somehow difficult to explain what “Amer” is about. This is going to be the ‘strangest’ and most surreal artsy film on the list, that’s for sure, so be cautious. But one thing is clear: it will not leave you indifferent.

It’s a fascinating and extreme exercise told in three chapters in which there does not seem to be an explicit plot union, even when they are sharing the same main character through three chapters. Through hallucinatory shots, extreme close-ups and a psychotropic montage, the Belgian directors immerse us in an obsessive deconstruction of the giallo genre full of madness, sensuality and sadism.

Visually, it is a unique experience. It is not necessary to go beyond what it wants to say or to speculate with pretensions in the plot. It just does not matter. Once it begins, the viewer is immersed in a spiral of images, each one more attractive than the previous one; vivid colors, spectacular sound and captivating sensuality.

“Amer” feels like an homage to the Italian giallo films filled with a Lynchian and Luis Buñuel touch inside its soul. A rarity of this last century that must be checked out. But warning alert: you may only love it or hate it. 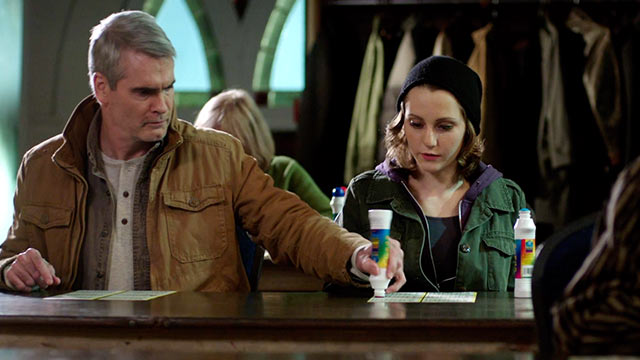 I won’t tell much about the plot, because going into this film without knowing anything is the best thing to do. I’m only saying that it is about a man with a vast past behind.

This film somewhat mixes drama with comedy elements and terror. It may sound strange, but the mixture ends up being satisfying, mainly thanks to the great performance by Henry Rollins, and it seems that he is playing himself with that grin on his face. He normally is still-faced, but in a matter of seconds he is suddenly roaring in rage.

The lore and backstory this film gives is truly admiring. At the end of the film, someone cannot imagine all the things that happened in the past to Rollins’ character. This film doesn’t explore that era; instead, it shows you the consequences of living it.

This may sound like a negative for some, but it clearly turns on your imagination, and the facts insinuated in the film may better remain in your head than rather showing them in a screen. It is the perfect title for a future little cult film. 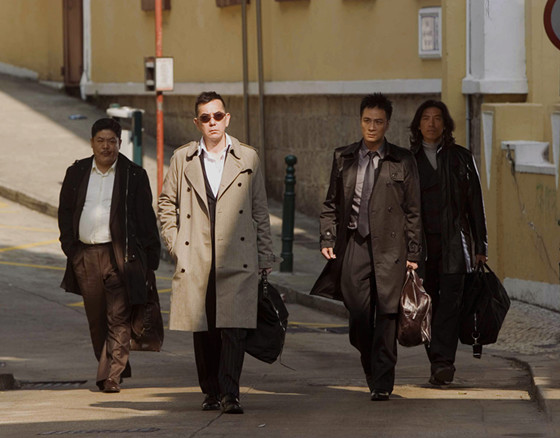 Hong Kong cinema is one of the cores of cult and stylized cinema. It has names like John Woo, Wong Kar-wai, Tsui Hark and Stephen Chow, among others, but there is one that clearly shines equally or (in some cases) even more than the rest of filmmakers recently named. That is, the great Johnnie To.

This film serves as a sequel to his previous film “The Mission” (1999), gathering the same characters/actors in a new cooler story. It is really okay if someone hasn’t watched the prequel film from 1999, but it is clearly better if you had.

Another specialty of Hong Kong cinema is its stylized action, unique in its own way. Already from the first sequence, the audience witnesses an exhilarating action sequence filmed with brutal exquisiteness and cinematography. It’s reminiscent of the old westerns, always staring into the eyes in really long silences. The brilliant aspect of this film is that it’s not only a thrilling action film, but it is a film about friendship, with a clear message of loyalty in it that reminds to the old John Woo flicks like “Hard Boiled” (1992) or “The Killer” (1989).

With stellar performances by assiduous Hong Kong actors like Anthony Wong, Francis Ng, Simon Yam, Nick Cheung and Suet Lam, among others, this film is one hell of a ride not to be forgotten.