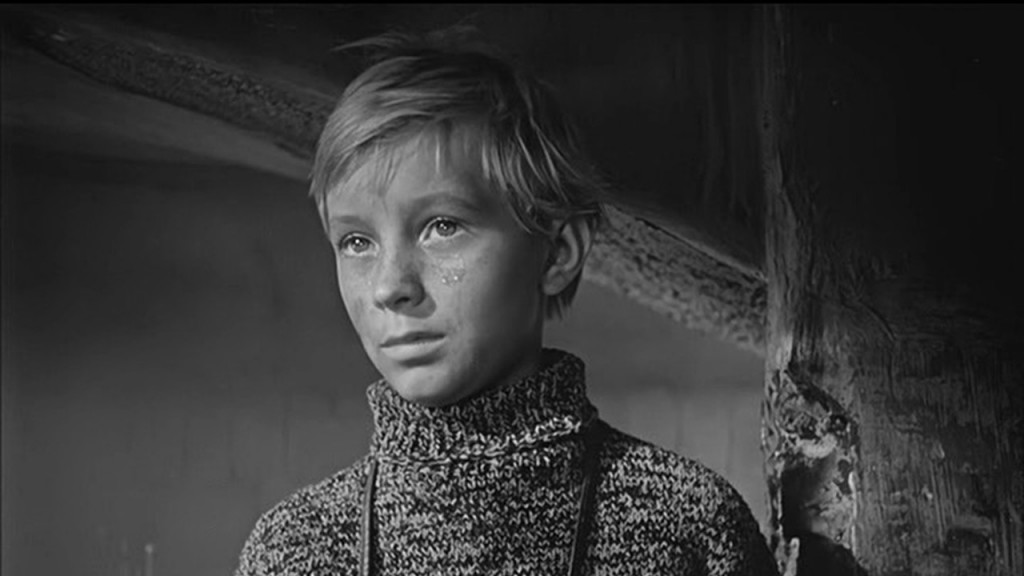 When talking about Andrei Tarkovsky, it is necessary to state that the Soviet filmmaker has one of the most impeccable careers in the history of film. Here at Taste of Cinema, every time a writer ranks the filmography of a certain director, it is ranked from “worst to best.” Tarkovsky is the only filmmaker whose filmography was ranked from “great to greatest,” and this is only fair.

With seven feature films in his career, his first movie is a story about a 12-year-old boy who works as a spy during World War II. Being able to cross the enemy lines unnoticed, the movie is about his struggles during the war and the three Soviet officers who take care of him.

The beautiful photography and the setting of the horrors of World War II make this Tarkovsky debut one of the greatest films in his career, and shows many themes like humanism, transcendentality and existentialism that would be later explored again and again in the filmography of one of the best directors who ever lived.

Jean-Luc Godard is a man who understood film so well that he decided to change everything forever. Breaking many of the cinematic rules at the time – while creating new ones – this is definitely among the greatest directing accomplishments in film history.

Imagine you’re someone in 1960 watching “Breathless” for the first time. The way this film was shot leaves only two alternatives: This is a man who does not know how to film, or someone who knows so well that he just decided to blow up every rule. It is not hard to notice that the second option is the right one.

With frenetic editing, jump cuts, and different shots/counter-shots than usual, Godard’s directorial debut was recognized with the Silver Bear for Best Director at the 10th Berlin Film Festival in 1960, which shows how ahead of its time this festival was.

Changing cinema forever is surely enough for this to be considered a masterpiece, right?

Another landmark in film, and the first considered piece of the Nouvelle Vague, one of the most important film movements in history, “The 400 Blows” is the first feature film from acclaimed director François Truffaut.

Following the story of an unhappy kid with troubled behaviour living a poor life in an misfortunate family, “The 400 Blows” is a film about how a lack of opportunities and a deconstructed family environment can have complicated consequences.

Being something of an autobiographical story written by Truffaut with a great performance by a very young Jean-Pierre Léaud, one of the icons of French cinema, “The 400 Blows” is a mandatory movie for any cinephile and one of the greatest career debuts in film history. 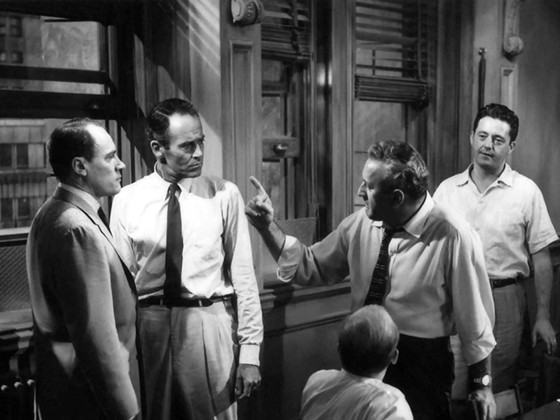 One of the most underrated filmmakers in the history of Hollywood, Sidney Lumet started his career directing plays and after became a very prolific TV director before switching to film. In his debut, “12 Angry Men”, we can see a lot of how his experience in both stage and television were transferred to the big screen.

With a lot of close-up shots, a brilliant theatrical staging that takes place in basically a single room and great performances by the twelve actors portraying this angry men trying to solve a crime, “12 Angry Men” is Sidney Lumet’s masterpiece. And it’s especially stunning that it was his debut in film.

After that, Lumet had many other iconic movies in his filmography, including the brilliant “Network”, “Dog Day Afternoon”, “Serpico”, and many others. Through his 50 year career, he marked his name in the history of American cinema. Although he unfairly never won an Oscar, he was finally recognized by the Academy with an Honorary Oscar in 2005, six years before his death.

This is probably the best debut in cinema history. Often considered the best movie ever made, “Citizen Kane” follows the story of a group of journalists trying to figure out the last words spoken by publishing tycoon Charles Foster Kane after his death.

With a low budget but many creative choices that made it look visually brilliant, “Citizen Kane” is a filmmaking lesson of how to bend and change the rules in cinema. From shots where the darkness occupies the settings to the blurry storyline and main character’s arc, this is a movie that changed film forever.

Being the greatest achievement in Welles’ career and obfuscating most of his following works that might have been closer to the brilliancy of his debut film than the audience and critics recognized, “Citizen Kane” is one of the greatest movies ever made and should definitely be number one on this list.

2710
SHARES
FacebookTwitterSubscribe
Subscribe via Email or RSS Feed
Pages: 1 2
Comments (43)
Directors Who Started Their Careers With a Masterpiece