As the past showed, the Academy isn’t averse to skipping brilliant works of art in order to give the award to the most obvious or least deserved choice.

In particular, the category of Best Original Score provides an opportunity to pay tribute to artistically valuable and one-of-a-kind works simply because the soundtrack shapes the movies identity en masse, no matter if it’s an abundant orchestral composition or a synthesizer-based work, or a mixture of both. Without this, the movie often feels one-dimensional and hollow.

Those who went to the movies in 2016 had the chance to hear some of the richest and most interesting soundtracks of the last decade. The following 10 scores are part of these and definitely should be appreciated for what they are – brilliant works of art. 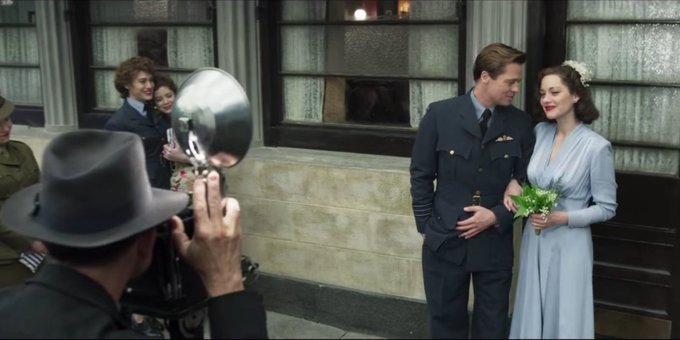 Set during World War II., “Allied” is an identity-twisting NS-drama circling around the questions of faith and deception. The movie reveals some decent parallels to the 2009 masterpiece “Inglourious Basterds”, just without the well-known Tarantino trademark. Therefore, “Allied” knows how to impress by itself, especially due to its score, composed by Alan Silvestri, who’s well-known for his works on “Forrest Gump”, “Cast Away” and the “Back to the Future” saga.

What’s so great about it is the fact that it glues a lot of different features together without missing a definite aesthetic. At times darkly foreboding, percussion-driven, and filled with nail-biting tension, sometimes moody and loaded with harmonic emotionality, the score never seems incoherent or mistimed. It’s definitely not Silvestri’s goal to revolutionize the genre and it wouldn’t fit the movie.

It works in the manner of the brilliant blockbuster soundtracks of the past three decades with the music of the Bourne trilogy immediately coming to mind. But that’s absolutely fine. Despite the quality of the music, the right amount of it is the secret to a well-working score. Supplying some distinct scene with silence or significant sound design instead of putting in some clichéd music, it shows exactly Silvestri’s intuition for the right amount.

Contrapuntal use of music isn’t new to the world of cinema. Stanley Kubrick already pushed this stylistic device to its perfection in his famous and terrifying ‘Singin’ in the Rain’ rape scene in “A Clockwork Orange”. But even 45 years after that milestone of cinema, the concept of musical counterpoints is still working.

This is proven by the shocking intro which establishes the tone of the completely string-based orchestra score by Oscar-winning composer Anne Dudley for the highly acclaimed French drama “Elle”.

Raped in her own home by a masked stranger, Michèle (Isabelle Huppert received a well-deserved Oscar-nomination for this role) grows increasingly suspicious of the men in her life and is faced with both her tragic past, and her erratically manipulative love life. The music successfully enhances the mysterious aura created by the inscrutable events happening to her and the question of the rapist’s true identity.

The story is filled with scheming secrets and psychosexual darkness, all convening with the protagonist’s actions. While creating several unobtrusive periods of tension-building string arrangements, the whole power of the score gets revealed during the unloading moments of surprise and danger with Michèle in her shady apartment or in a neighbor’s basement. With all of that happening on screen, Dudley truly knows how to convert these features into an immersive score.

Even if the movie had its premiere in 2015 at TIFF, the official cinema release was in 2016. So with its impressive score, it perfectly fits on this list. Since his first appearance as movie composer in 1998 for Darren Aronofsky’s exceptional debut “Pi”, Clint Mansell made himself a well-respected name in Hollywood.

Not least grounded in the frequent collaborations with the famous director for movies like “The Fountain”, “The Wrestler” or “Black Swan”, his oeuvre has gained a high reputation in film business. So it doesn’t amaze that his score for the British film “High-Rise” is greatly anticipated.

The movie, based on the same-named 1975 novel by J.G. Ballard, holds an interesting analogy to the 1909 narrative “Other Side” by German draftsman Alfred Kubin and tells the story of a luxury tower working as a stand-alone society with the residents classified into social stratums. In the story’s process, the tower starts to become a home for a community full of human misbehavior and growing tensions between the residents.

Mansell’s music, especially the string-based compositions, is able to grant an overall elegancy to the score, excellently fitting to the luxurious world of the tower’s upper part and the elitist behavior of the societies at the top.

At times, the music sprays a feeling of constant zest of action resulting from from the revolutionary actions of the lower classes that is driven by their will for equality. This is what breathes life into the cold brutalistic architecture with its raw concrete, and it elevates Mansell’s score to a superior musical approach for a society’s continuous drift into madness and anarchy.

7. The Girl with All the Gifts (Cristobal Tapia de Veer) 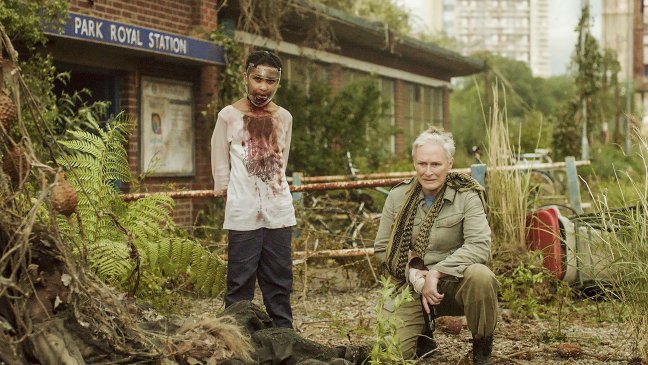 There are a lot of movies about the relationship between adults and children, but none quite like “The Girl with All The Gifts”. Set in a dystopian Great Britain, the 10-year-old Melanie and a group of survivors have to face a mankind that’s formed into flesh-eating zombies caused by a fungal disease. Melanie, herself a second-generation “hungry“, is the key to the survival of humanity and is confronted with a highly misanthropic environment.

The Chilean-born Canadian composer Cristobal Tapia de Veer delivers a unique score that perfectly fits the tone of the movie. Skillfully alternating between light and darkness, the tension-building score reveals strong avant-garde influences and proves Tapia de Veer as a composer to keep an eye on.

Taking a deeper look at the ambiguity of children in matters of puerile innocents and virus-indicated evil, the score follows the movie by juxtaposing idyllic melodies and human voices next to dark elegiac synth sounds.

The legendary Nick Cave and the multi-instrumentalist Warren Ellis don’t need an introduction for their works as score composers. Just to name one: together they’re responsible for the excellent score of “The Assassination of Jesse James by the Coward Robert Ford”.

For the neo-western “Hell or High Water”, they manage again to create the musical equivalent of the ruthless burning mid-American sun and the blood-drenched story of two brothers starting a down-and-dirty raid to prevent their property from being attacked by their bank.

What’s so great about this score is the fact that Cave and Ellis have the capability to create highly emotional songs without being too striking in order to set the audience in a certain state of emotionality. One reason for that is the ubiquitous minimalism as a main feature of their music.

Their songs often simply consist of two or three elements, perfectly matching and being entirely filled with warm saturation, depth, and a humongous load of vibrating tension. Their compositions are wide as the Texan fields and are as subtly distorted as the horizon by the barbarous sun. Combined with a handful of folksy blues songs, the score perfectly captures the southern American spirit and the thrilling plot of “Hell or High Water”.