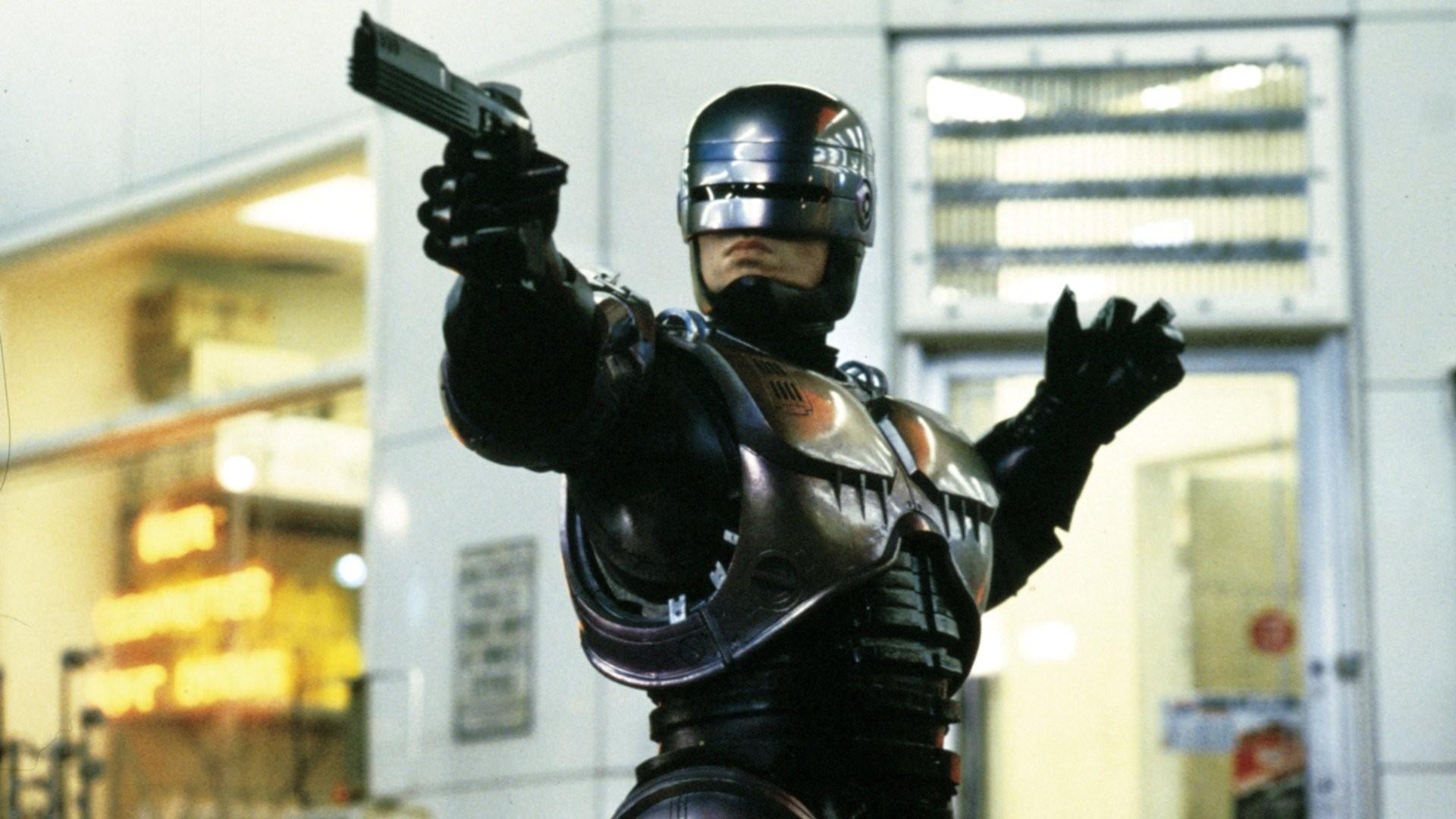 No word infuriates movie nerds quite like “ripoff.” To even suggest that cherished films with intense followings may have possibly copied the plot, aesthetics or general premise of other people’s works is to invite unbridled geek chaos, if not directly stoke cinema dork outrage. But a lot of times, one can’t help but watch certain much revered and highly regarded flicks and notice that something about them – be it the story, the dialogue or the way certain shots are structured – feels awfully, awfully familiar.

Whether or not such similarities are merely coincidental or by design is in the eye of the beholder. What one viewer regards as a reverential nod another viewer may consider flatout plagiarism, while yet another might not even see any signs of similitude whatsoever. The only thing separating a “ripoff” from an allusion, it seems, is a person’s individual interpretation.

And few flicks demonstrate this better than the ten films listed below, which are usually regarded as unique, groundbreaking cult classics. As fate would have it, however, they also at least appear to have borrowed some inspiration – be it acknowledged or unacknowledged, as loving homages or uncredited swipes – from flicks that preceded them by months, years, and in some cases, entire decades.

Are these much celebrated genre masterpieces rightfully acclaimed innovators, or unjustly applauded imitators? We’ll let you render the verdict …

While Tobe Hooper’s film is considered a landmark in the history of horror cinema, there really isn’t anything within the film that hasn’t already been seen in earlier, less heralded works. Indeed, virtually every component of Saw has some sort of cinematic predecessor.

Hillbillies barbecuing naive youngsters on back roads excursions? Already happened in Herschell Gordon Lewis’ Two Thousand Maniacs! in 1964. People being murdered, processed and pawned off as snacks at roadside stands in the boonies? We saw it in 1971’s The Corpse Grinders.

An entire village of weirdo rubes conspiring together to trap travelers? The Folks at Red Wolf Inn did it in 1972. A buncha’ farmhouse madmen slowly torturing a helpless, hopeless young woman, complete with hammers to the skull, bodies being locked in meat freezers and people being impaled on slaughterhouse equipment? That’s pretty much what happened in Three On A Meathook, which came out two years before Saw, AND Blood and Lace, which came out three years before Saw.

Hell, Saw wasn’t even the first widely seen flick to show an actual chainsaw massacre onscreen – lest we forget, Wes Craven was bringing us Black and Decker bloodshed in Last House on the Left three years before Leatherface graced the silver screen, while Jack Cardiff’s Dark of the Sun depicted a bare knuckle buzzsaw brawl in 1967!

Now this is a very intriguing case. When Dawn of the Dead was released in 1978, guys like Roger Ebert praised it for its grim and gritty urban realism, taut siege action, outstanding synth score and relentless and shocking violence. Alas, all of those honors could also be used to describe a film that came out three years earlier – John Carpenter’s Assault on Precinct 13.

Looking at the film’s aesthetics and dialogue structure, the two films do share more than a few similarities – just switch out the marauding zombie hordes and shopping mall setting with bloodthirsty gangbangers and an abandoned police building and the general plots of the films are analogous.

Even John Carpenter has said that he believes George Romero patterned parts of Dawn of the Dead after Precinct 13 – but then again, seeing as how Carpenter has ALSO said that his film was a glorified swipe of Romero’s earlier Night of the Living Dead from 1968, maybe it all comes out as a wash?

John Carpenter’s seminal horror classic is considered by many to be the first “true” slasher movie in the annals of cinema. That said – aesthetically and in terms of plot – Halloween appears to owe some gratitude to two earlier films; Bob Clark’s Black Christmas from 1974 and Mario Bava’s Bay of Blood (a.k.a, Twitch of the Death Nerve) from 1971.

There’s no denying the cinematography and pacing of Black Christmas greatly inspired the look, feel and structure of Carpenter’s more famous genre offering, and a lot of Halloween’s most famous slasher elements – the killer’s P.O.V. shots, most notably – feel heavily influenced by Bava’s film from seven years prior. 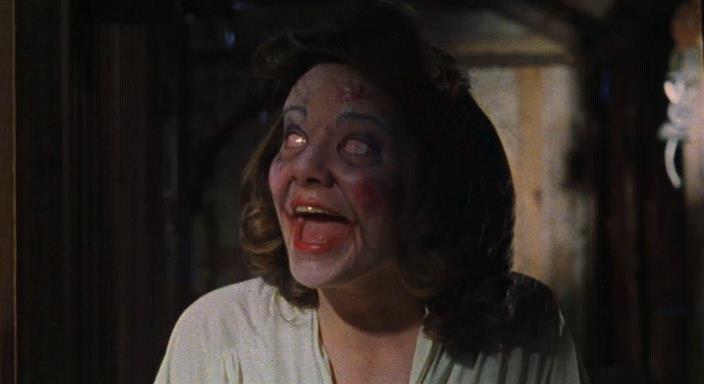 When Sam Raimi’s The Evil Dead hit theaters, Stephen King proclaimed it one of the most “ferociously original” horror films he had ever seen. Apparently that means King never saw Equinox, a rather obscure fantasy-horror flick from 1970 that revolved around a group of young adults who accidentally conjure the forces of darkness by playing a mysterious audio recording.

Not unlike Raimi’s film, the kids in Equinox are possessed one by one by demons, and there’s more than one Evil Dead-like stop-motion animation monster rearing its ugly head (and also like The Evil Dead, Equinox took years and years for the filmmakers to finish, with the producers of both films relying on a plethora of ingenious shortcuts to get the movie completed.)

However, that wasn’t the ONLY movie that looks like it made an impression on Raimi; the nighttime cinematography and gore effects look oddly similar to those in the 1972 Italian splatterfest Night of the Devils, while the monster effects – especially the makeup on the iconic cellar hag – bear an uncanny resemblance to the ghouls who popped up in 1972’s Children Shouldn’t Play With Dead Things.

At a time when the standard slasher flick shtick had been done to death, the original Elm Street wowed audiences with a novel twist on the tried and true “dead teenager” formula: instead of kids getting killed off by some wacko in a spooky mask, here’s some supernatural force that murders people in their dreams, which in turn, kills them for REAL.

However, the “dream killer” motif was hardly a new concept – in fact, Elm Street wasn’t even the first movie of 1984 to incorporate the idea! Three months before Elm Street hit theaters, moviegoers had already gotten their fill of an entirely different dream killer in the form of Tommy Ray Glatman – the “dream assassin” antagonist of Dreamscape, a talkative, maniacal murderer with a penchant for shapeshifting, hanging out in boiler rooms and murdering victims with his razor sharp pointing finger.

Indeed, the script for Dreamscape had been floating around in Hollywood since 1981, while its literary inspiration, The Dream Master, was released all the way back in 1966 (and incidentally, one of Dreamscape’s writers, Chuck Russell, would go on to helm the third Elm Street movie, which incorporated even more ideas from Dreamscape into the Freddy mythos.)

But at least the idea of a hideously burned psycho killer slasher is an original idea, right? Well, it totally is – that is, if you forget about the flame-broiled custodian sex pervert murderer who exacted revenge on the cast of The Burning in 1981, anyway.