Most movie villains or anti-heroes are the guys who have a clear cut plan, that the audience can easily follow. Think of villains like the Emperor in “Star Wars” or the Evil Queen in “Snow White and the Seven Dwarves”, who both have a clear plan of ruling over everything and eliminating anything or anyone that gets in their way.

But, while those these characters might be fascinating, no character is more fascinating than a character who you don’t quite understand. These are the characters who manipulate, the ones who make you believe they’re up to one thing, and in the end, change everything for the ultimate twist.

The following list has the most manipulative characters from cinema’s most memorable films. From disturbing neighbors to a psychotic serial killer, there are many mind-turning characters to behold.

David Fincher’s 2014 film “Gone Girl” is all about untrustworthy characters, but none of them are as untrustworthy as that of Amy, a woman who has supposedly gone missing, leaving her husband to blame. And for a good portion of the film, she is believed to be the missing wife of a noticeably uncaring husband (Ben Affleck).

For the first half of the film, all the audience knows of Amy Dunne is what is read from her diary. A diary that states the hardships she has experienced in her marriage, and how she has slowly begun to fear her husband might harm her, or even worse, kill her.

But when the second act of the film begins, Amy turns the tables, and it is revealed that she has planned this whole “missing” masquerade as a way to get revenge on her husband, who has been cheating on her.

Everything we have known about her from her diary has suddenly become a lie, for she has made the whole thing up. And the best part is that in the end, she comes out on top, manipulating people to believe that she has been the victim of a kidnapping and rape, and she becomes the face of a survivor who is ready to fix things with her husband and start a family.

When the audience knows she got what she wanted, her husband paying the ultimate price of having to live a horrible life where he is unable to leave her, it is shocking.

9. Joel Edgerton as Gordo in “The Gift”

Gordo in “The Gift” is the human embodiment of your past coming back to haunt you. When first seen, Gordo is a harmless awkward man who just wants to settle and make amends with his old high school bully, Simon (Jason Bateman). But when Simon is unable to let go of his natural bully tendencies, Gordo will do anything to make him feel the exact same way he has felt since high school.

He goes from being the shy guy who sends pleasant gifts, to a man of nightmares when he starts playing head games with Simon and his wife, Robyn (Rebecca Hall), for whom Gordo has an obvious likeness. He messes with their minds by stealing their dog and then returning it to them, and most of all, he makes Simon confused as to whether his newborn child is truly his or if it’s Gordo’s from when he broke into their house and drugged his wife.

By the end, the audience doesn’t even know the truth, for Grodo leaves them hanging, wondering whether or not he raped Robyn, or if his revenge is truly over. But what everyone does know is that Gordo succeeded in making Simon feel as alone and broken as he once was. 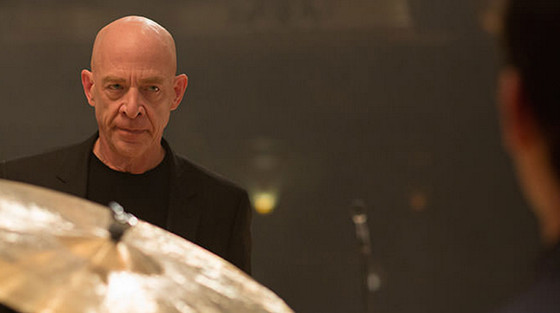 As a cutthroat jazz band instructor in “Whiplash”, Terrence Fletcher will stop at absolutely nothing to make his students perform their very best, even if that means throwing a chair at their head. Though his methods may be considered mental and sometimes physical abuse, it is these methods that manipulate his students into pushing themselves past their limits to be the greatest at what they do.

His students want nothing more than his praise and approval, which will make them feel as though they have finally become great. But Fletcher does not allow his students to feel like they have reached their potential, for if they feel that way, they will no longer push themselves to even higher greatness.

This way of teaching is really reflected in his quote, “There are no two words in the English language more harmful than ‘good job’.” Because a “good job” is not perfect job. We even learn that one of his past students had finally reached success in his craft, only to kill himself, for he would never feel perfect.

Even when his student, Andrew (Miles Teller), has absolutely had enough, he still comes crawling back at whatever cost, because he believes he can be great, but not without the guidance of Fletcher. Yet, even in the final shot of the film, it’s somewhat unclear as to whether he has finally given Andrew a chance to feel greatness, or if he’s still manipulating him to push even further.

7. Sydney Blacker and Ruth Gordon as Mr. and Mrs. Castevet in “Rosemary’s Baby” 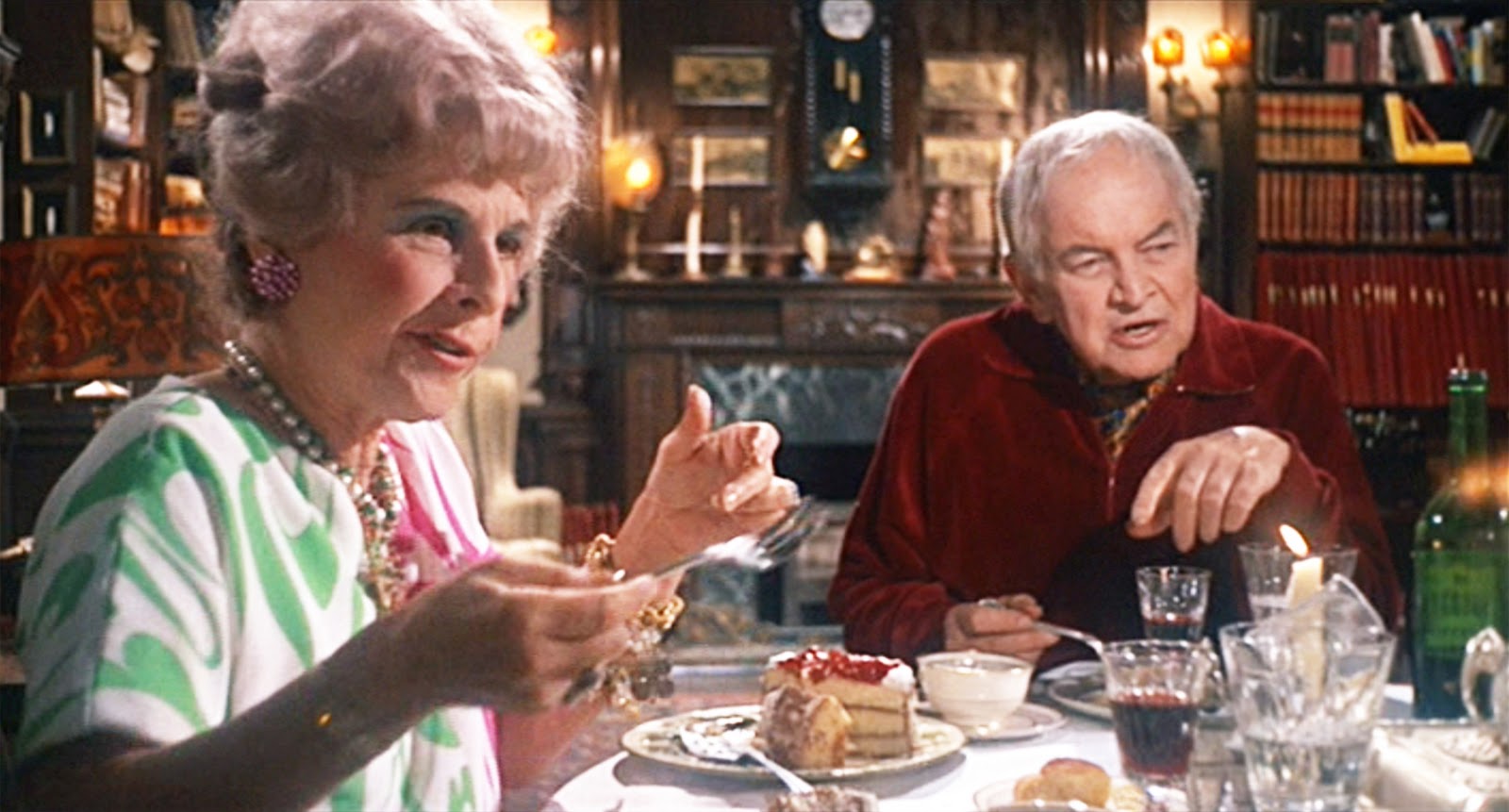 Two iconic villains in horror history, Roman and Minnie Castevet are known as the creepy neighbors who are able to get poor Rosemary (Mia Farrow) impregnated with the Antichrist. Though they might seem like just two eccentric elderly people who just like to check in on their new neighbors, they are really making sure that everything is going well with the child of the one they worship, Satan.

They even convince Rosemary’s husband to go along with everything by offering him fame and fortune in his acting career. And once Rosemary starts to believe there might be something going on that her husband is not telling her, the Castevets make sure that anyone she turns to believes she is having a mental breakdown. Those they can’t convince, they make sure either die or disappear without warning.

In the end, they are even able to bring Rosemary onto their cause by using the love of her child, even if that child might be the one to bring about the end of the world. For a mother’s love is always there, even for the most despicable of creatures.

6. Dan Stevens as David in “The Guest”

To the Peterson family, David is just a nice and handsome guy who wants to help the family after serving in the military with their eldest son, who has recently died.

Upon arrival, he starts helping the youngest son overcome his problem with bullies, offers to escort the daughter to parties, and helps the mother around the house. The family starts to view him as a replacement for their late son, but what they don’t know is that David is much more than just a man looking to help out an old friend’s family.

When a secret agency starts getting involved with the search for David, and the eldest daughter, Anna (Maika Monroe), starts to wonder what David’s true past is, people start dropping like flies. It becomes known that David is not just a former soldier, but a former military subject who has been programmed to kill anyone who truly knows what he is.

Once his secret is out of the bag, David still remains a charming guy who makes people believe that he has the best intentions, but then turns around only to stab them in the back. Even in the final fight between him and Anna, he tries to find a way to make her feel safe so he can kill her. But of course, she is fooled and is able to kill him.

In the end, like most of these manipulative characters, he still is able to come out on top, as he pretends to be a firefighter walking away from the crime scene, after convincing the last two Peterson family members that he had died.