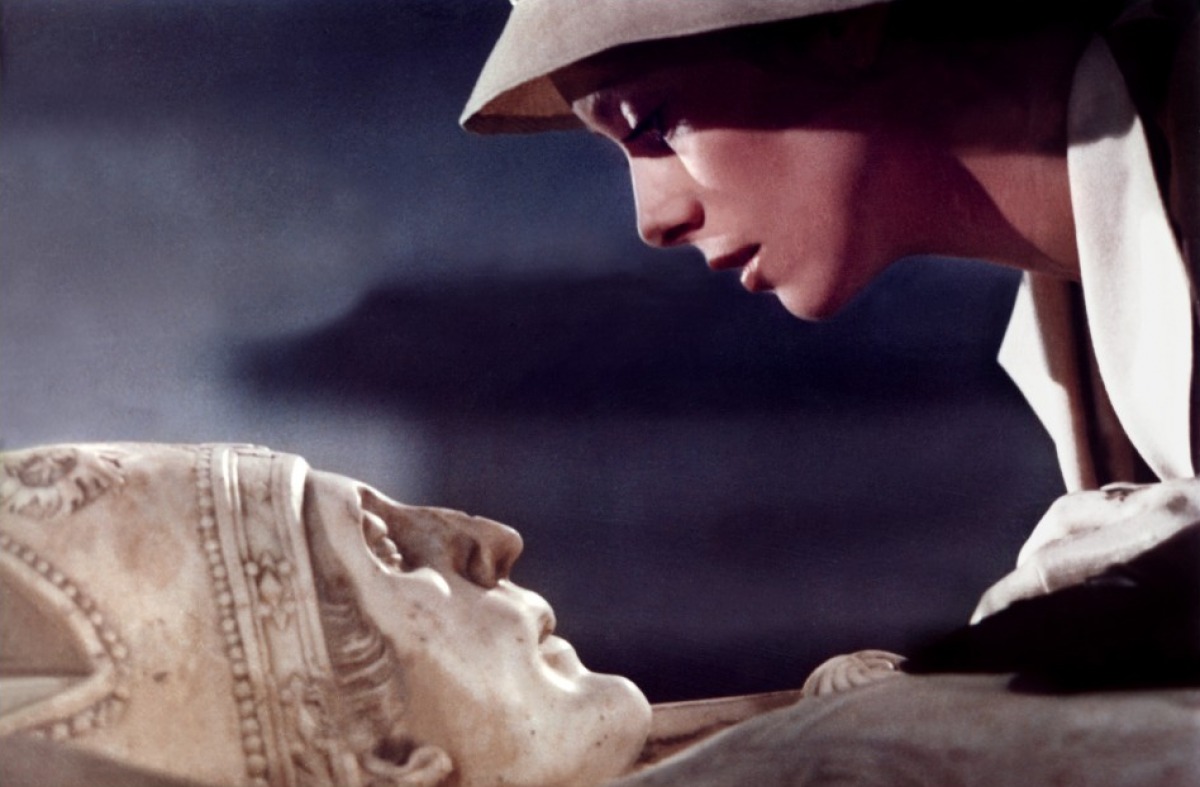 Although this film had a mixed production, it was originally released in Spanish, after dubbing the voices of Franco Nero and Catherine Deneuve, Italian and French legends, respectively. It also features Fernando Rey, one of the all-time Spanish legends.

Despite its low position on this list, “Tristana” is one of the classics of the Spanish-spoken film industry, having received an Oscar nomination for Best Foreign Language Film. I actually don’t consider this movie to contain one of Deneuve’s top performances, although it’s one of her most recognized works.

I actually think this movie would be even better if it were longer; the film jumps to the future several times, mostly recognized by the physical changes of Deneuve’s character and also by the changes provoked on the mind and physique of Rey’s character.

Tristana, Deneuve’s character, is a beautiful young woman and former orphan who is adopted by Don Lope, a nobleman who is obsessed by her beauty and youth. Tristana falls in love with a young artist, Horacio Díaz, and they hope to live happily ever after. Eventually she falls ill and must return to Don Lope for her recovery.

Embittered and frustrated, she complies with Don Lope’s request for her recovery. With time she eventually changes, both physically and mentally, transforming into a woman that not even Don Lope expected her to become. 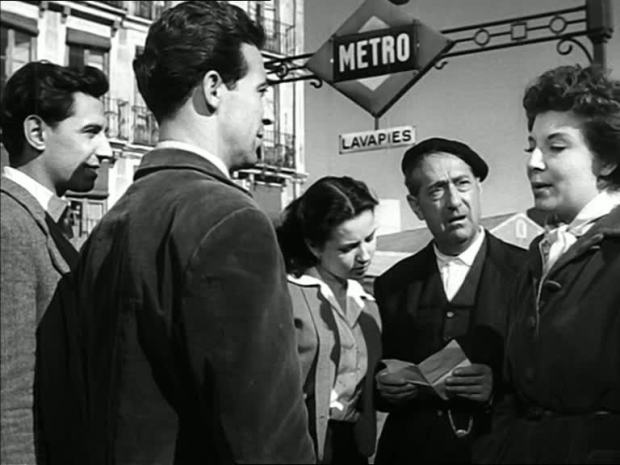 Not only it this Conde’s greatest release, but it’s also one of the finest neo-realist classics of Spanish cinema, showing the wide gap between the poor and the rich, from the perspective of a family who came from the Spanish countryside to Madrid in order to live better lives.

Although the acting isn’t perfect at times, the innocence and loss of spirit is better shown by the lesser acting skills of some of the actors. The family is shown mainly as a victim of the “big shark” that is the city, the metropolitan center that they weren’t accustomed to. Most of the family members are victims of exploitation by Don Roque’s newly obtained wealth, mostly by stealing from trucks in order to secure his business in contraband.

Also, the family may be exploited, depending on each one’s interpretation, by unemployment, lack of skills, poverty and inequality. It’s a great plot, very well conceived and designed, and the moments of lesser acting skills are immediately compensated by the rich plot and realistic approach. 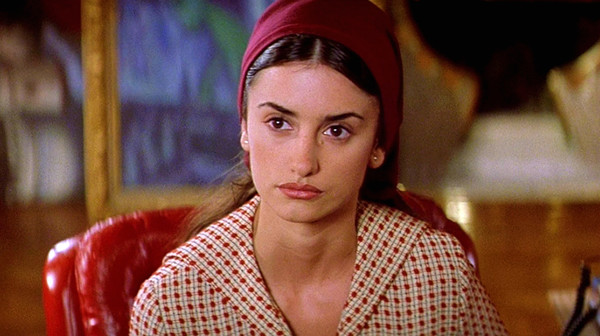 “Todo sobre mi Madre” is one of the top movies by Almodóvar and also one of the most renowned releases in his filmography. It quickly became one of the best social dramas released prior to the 2000s, and although I’m not a huge fan of Almodóvar, I have to recognize his importance in the film industry and the quality of his releases.

Again, Almodóvar picks one of his favorite subjects to discuss and approach: the trauma of losing a child. It seems to be a tendency for Almodóvar to choose homosexuality and transvestism as main themes. Manuela sees her own son getting killed on his birthday, after asking his favorite actress for her autograph.

Manuela seems to have “evil” intentions when she decides to learn the reason her son died, but soon friendship, forgiveness and regret come into play and perform a greater role in the relationship between these two women and respective friends. In time, the viewer gets to know the identity of the father of Manuela’s child, which might impress some viewers.

In my opinion, it was far too theatrical and not very impressive when both parents encounter each other. Both will have to learn to live with the soon-to-be-announced facts that might damage the future of the lives of both parents and friends, but also of the new baby, who will come into play at the end of the movie. 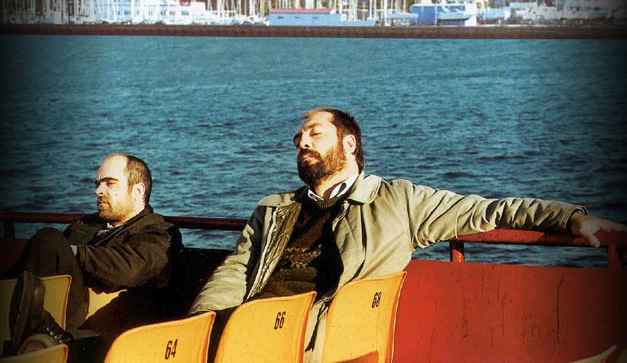 “Los lunes al sol” was the Spanish choice for the Oscars in 2002, and it won several awards at the 2003 Goya Awards, including Best Director, Actor and Film, further solidifying Javier Bardem’s position as one of Spain’s greatest actors. The film depicts the tribulations of unemployment and its consequences on people’s lives.

It follows the lives of a group of friends who are left jobless after the closure of the shipyards in Vigo. Although there isn’t really a main actor in this film, Santa, played by Javier Bardem, could be considered the main character.

Psychologically tired and frustrated by their unemployment situation, the group has to deal with the difficulties of living a life with a seemingly lost future with no hope and no income, obliging some of them to take desperate and extreme measures. The consequences of this situation also take a toll on their family life and their loved ones. 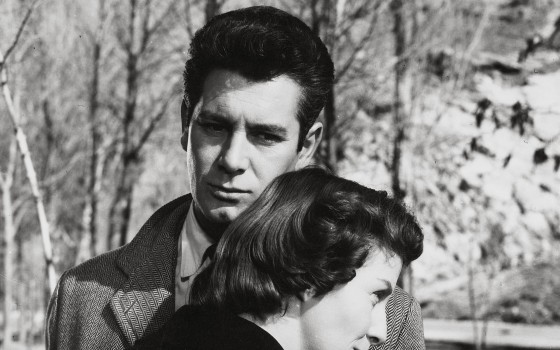 “Calle Mayor” is frequently mentioned as the best movie ever released by Juan Antonio Bardem, due to the strong descriptive technique used to depict each character. Also, the quality of acting is quite good, but in my opinion, that isn’t its greatest feature. As always, Bardem includes a strong psychological component in his films and for me, that’s the movie’s strongest point.

Juan is chosen by his group, due to his physical qualities, to play a trick on Isabel, who despite her advanced age of 35, is quite innocent and pure. Isabel is losing all hope in getting married and finding the man of her dreams.

After Juan’s confession of his “love” for her, she falls in love for this ideal of the “perfect man”. Bardem’s genius plays a major part in this almost tragic-drama; Juan repents his actions after some time and after realizing the degree of involvement and passion she was developing after beginning this condemned relationship, he initiates a process of emotional revelation.

It is acclaimed as Buñuel’s greatest release, for both critics and cinema fans. It’s definitely his most controversial film, which has religion as its polemic theme. It was considered an obscene film as well as blasphemic. It was also Buñuel’s first movie on Spanish soil, after 25 years of exile. However, that didn’t stop this movie from being widely censored.

Don Jaime is played by Fernando Rey, who lost his wife the day they were married. He has been providing for the education of his niece, Viridiana, a young girl who wants to become a nun. She is obliged by her Mother Superior to visit her uncle, of whom she has a bad opinion, considering him to be a monster.

Still, she is well received in his home, which surprises her. Unfortunately, Viridiana has a strong resemblance to his late wife, activating a set of memories and evil intentions in order to corrupt this innocent young girl.

Most opinions go toward a sexual perspective, regarding this girl’s corruption. Many may see Don Jaime’s intentions as libido-motivated, augmenting the chance of controversy. It was viewed as a blasphemy, due to the innocent girl’s intentions to become a nun, which are corrupted and damaged by the evil or sexual intentions of her own uncle to deviate her from that path. 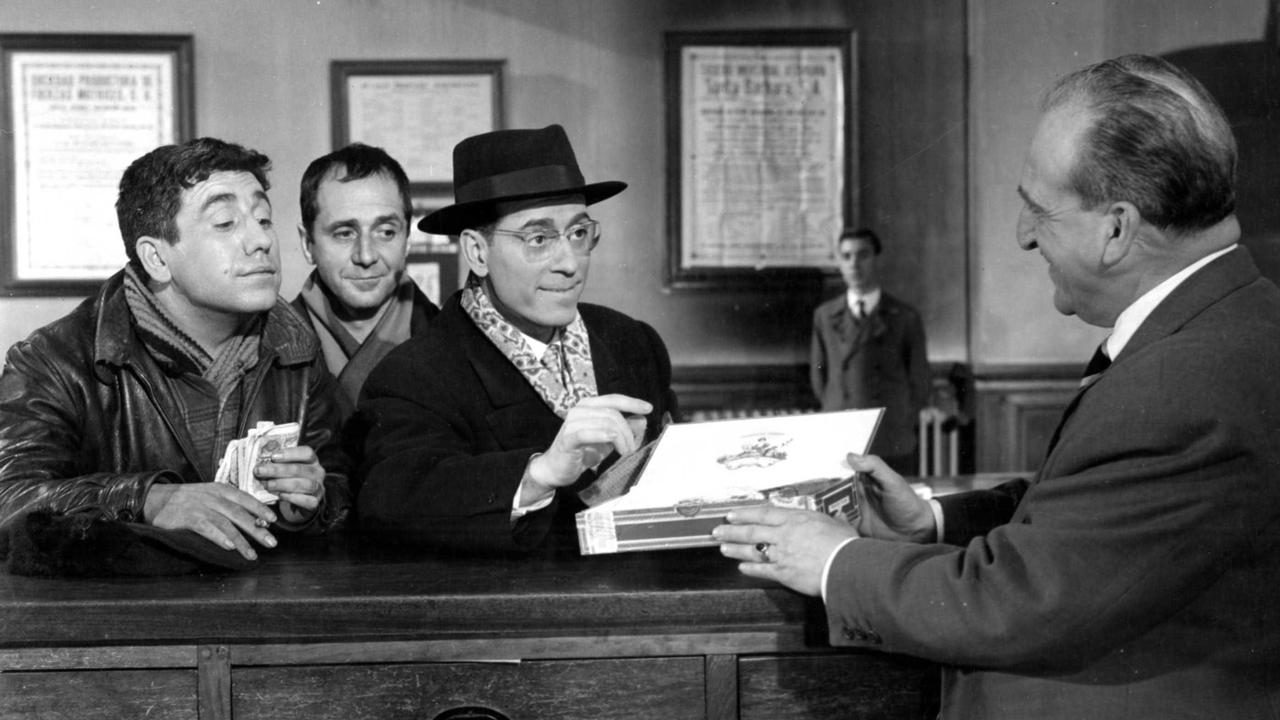 This is another comedy by Luis García Berlanga, and one of his best releases. The film goes toward a more realistic and satiric look at a Spanish small town with its jam-packed group of peculiar people and awkward events. The plot focuses on Plácido, a truck driver who has difficulty paying for his truck, which has to be paid on a monthly basis.

The plot of “Plácido” happens in one singular day with celebrations happening all over the town. He was chosen to drive his truck in one of the town’s celebrations, but on that same day, one of the installments on his truck expires, obliging him to make some sacrifices in order to pay for that same installment.

The movie also focuses on the gap between the rich and the poor. One of the events, called “sit a poor man at your table”, has the objective of joining the rich and the poor at the same table. Each wealthy household will have a homeless person dining with them on that night of celebration.

“Plácido” is a major classic of the Spanish film industry. It became a great critic of the gap between the rich and the poor, while providing a comedic perspective on a Spanish small town and its group of peculiar people, including Plácido, who unfortunately is in the middle of this mess. 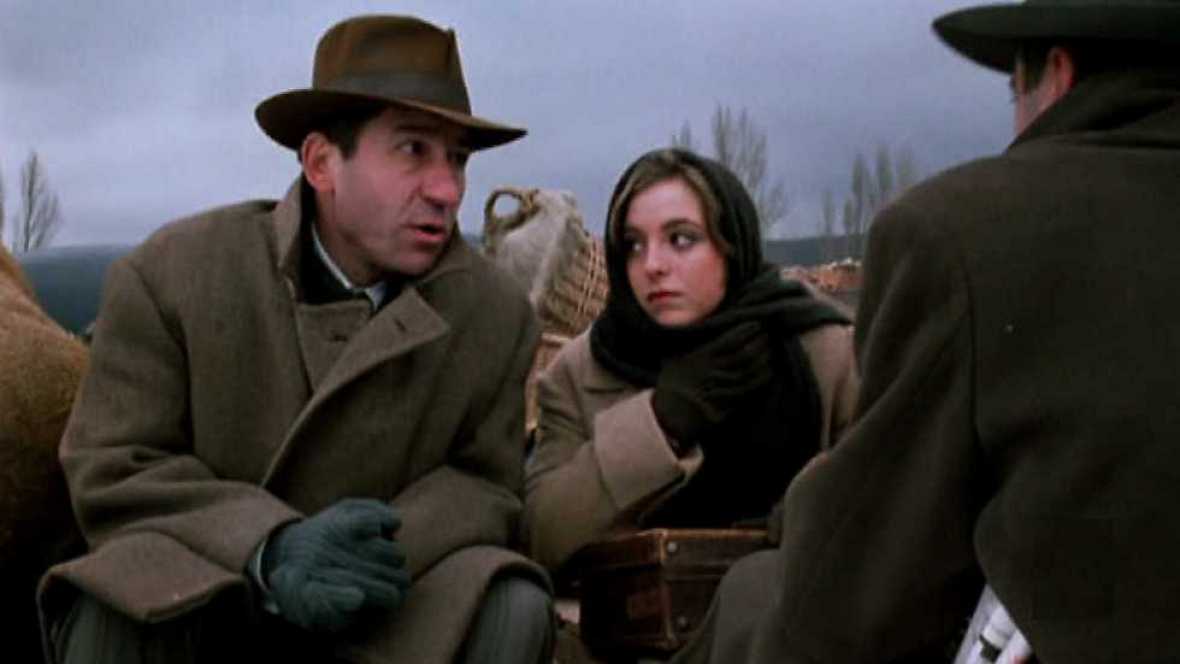 This was actually a surprising release for me when I watched it, despite its long duration. It runs for 136 minutes and that alone might dissuade some viewers to watch it. Still, I highly recommend this release, which more than a comedy-drama, and is also a great report of cinema in Spain, and its consequences on the actors’ lives.

The movie follows a group of theater actors who go from town to town in order to survive. It mainly pays great attention to Carlos Galván, the leader of this group. The film begins with Carlos visiting his son in his room, who he hasn’t seen for years. The son becomes a member of his father’s group.

In the beginning, it seems to focus more on the father and son relationship, but after about 30 minutes, the film broadens its main focus to the group of comedians who struggle to survive in a country that is mainly dominated by movies and the rise of cinema.

“El viaje a ninguna parte” exploits the group’s emotions, their loves and heartbreaks and their desires and frustrations. As mentioned above, Carlos Galván becomes, throughout the movie, the centerpiece of the plot, clarifying his road to success and his fight to enter the film industry. It’s a comedy-drama with several comedic parts in the beginning, but throughout the movie the drama gains higher influence with the story’s development.