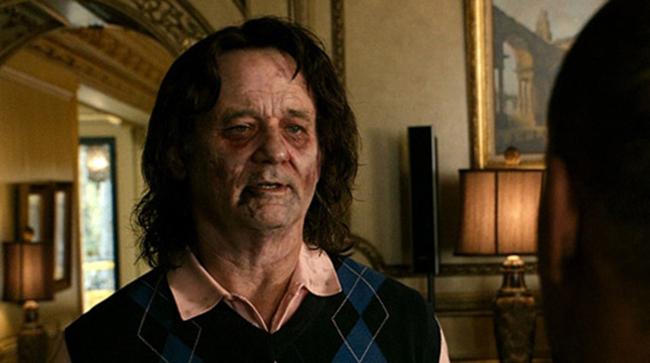 The nature of a memorable film cameo appearance means usually it is unexpected, comes out of nowhere and takes you by surprise. Film cameos can vary wildly in length: those lasting only a second or two or a very memorable single scene. My list will focus on both types; however, if an actor is billed or is in multiple scenes those were not included.

Actors who appear unexpectedly but in many scenes include Tom Cruise in “Tropic Thunder”. This is a great example of an actor appearing unexpectedly in a role you definitely would not have expected, but not a cameo by my definition.

If you have not seen Kevin Smith’s film “Tusk”, you are also missing a fantastic uncredited appearance by one of Hollywood’s hottest actors. This is not a cameo either since he appears a lot in the second half of the film, but you should absolutely check it out if you haven’t seen it. The film is not great, but his performance is worthy of a viewing. Also, directors who do cameos in their own films are not included; otherwise there would be an entire list containing Alfred Hitchcock.

Another category that, for the most part, is not included is people who are playing themselves. These are usually not funny or interesting other than to say a fictional character is appearing on “Oprah” or “The Tonight Show”, or CNN anchors appear as themselves giving the fictional story some root in the real world. There are also a lot of professional athletes who have appeared in film most of which are not included here with one exception.

By nature of doing a list like this, everyone will inevitably point out the cameos that were missed or forgotten as there just are so many of them it would be impossible to list them all. The ones which were chosen fit my definition within this document and one which stood out in my memory.

Films in no particular order (If you want to be surprised, some of these would also be considered spoilers so read with caution.) 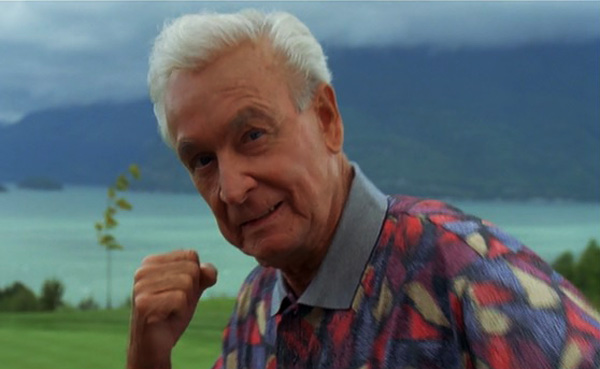 When Happy Gilmore (Adam Sandler) is paired with “The Price is Right” host for a golf tournament things do not go well. Barker is repeatedly critical of Happy’s performance resulting in the exchange escalating to the two engaging in an all-out brawl.

During the heat of battle, Happy head-butts Barker and utters the infamous: “The Price is wrong, bitch!” The scene works since it is so against Barker’s game show host image of everyone’s favorite nice guy.

2. Mark Hamill, Carrie Fisher, Matt Damon, Ben Affleck and many others in Jay and Silent Bob Strike Back 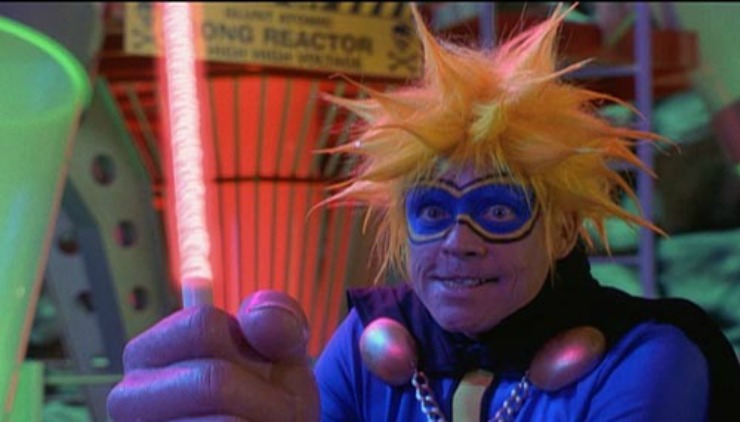 Director Kevin Smith created the “View Askewniverse” (names after his production company) in 1994 with Clerks and continued though the 1990s with mallrats, Chasing Amy, Dogma and culminating with Jay and Silent Bob Strike Back in 2001. In it, the two leads travel to California when they discover Hollywood is making a film about their lives in an effort to stop it.

During their misadventure road trip, they encounter quite a few former characters (and some new ones) which had appears in these previous films. The former characters were definitely funny in themselves, especially Matt Damon and Ben Affleck filming their highly anticipated sequel “Good Will Hunting 2: Hunting Season”.

The scene that also stands out is when Mark Hamill makes his appearance as “Cocknocker” and the film even pauses to say “Hey Kids! It’s Mark Hamill!” He then has to do battle with Silent Bob and his “Blunt Bog Saber”. The scene is the climax of the film and does not disappoint.

3. Julia Roberts, Bruce Willis and may others for The Player 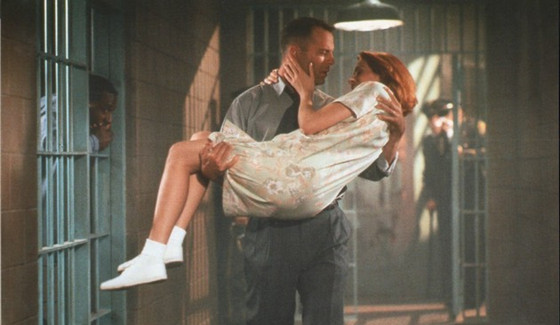 The scene in Robert Altman’s film about Hollywood and the journey some feature films take before they are actually made is great and has a lot of memorable performances, The great thing about Julia Roberts and Bruce Willis appearing together onscreen is this is the culmination of the discussion which happens throughout the film with basically everyone wanting them to be in every movies.

The Player came out in 1992 at the height of the post “Pretty Woman”/”Die Hard” craze where both actors seemed to be everywhere doing everything. These two have always been able to make fun of themselves and this appearance was no exception.

4. Neil Patrick Harris in the Harold and Kumar films 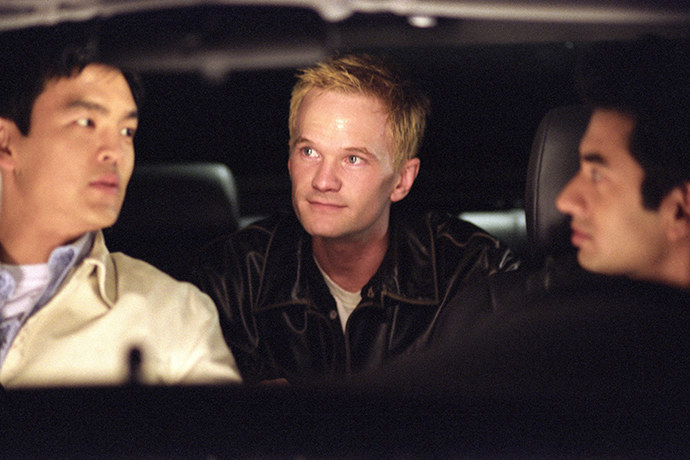 Breaking all the previous rules just outlined, NPH plays himself and is in multiple scenes; however, his performance in making fun of himself, being over-the-top, extreme, foul and everything he is not in real life makes his performance in these films so unforgettable. He plays so against his real personality it is a sight to see. The whorehouse scene and when he meets “Jesus”, just precious! 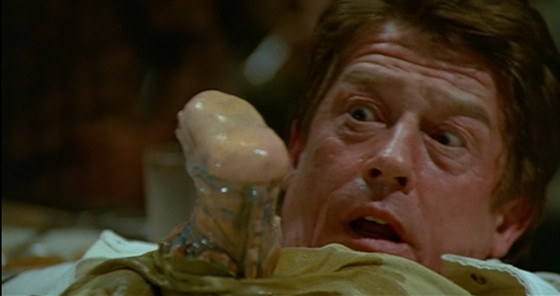 Mel brooks films are all known for having many cameos. This one stands out as John Hurt has a problem with his food once again as he did in “Alien” which was released in 1979, eight years before Spaceballs in 1987. Near the end of the film, he is dining with some friends only to discover a problem from within.

An “alien” bursts through his chest as it had before. This time breaking into song in the form of “Hello, My Baby” from the famous “Looney Tunes” singing frog cartoon. Hurt spouts “Oh no! Not again!” 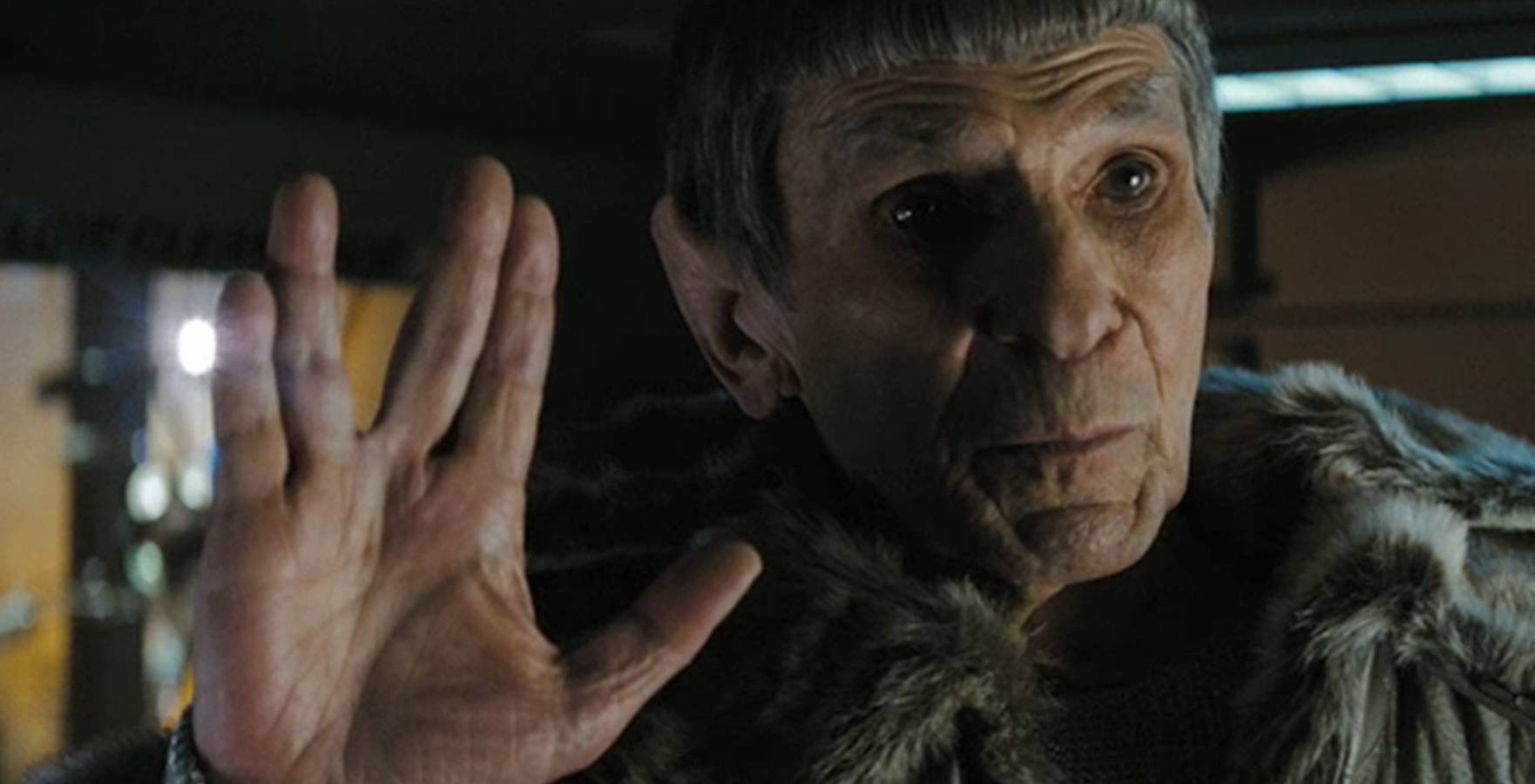 Nimoy alter ego, “Mr. Spock”, had a more significant role in J.J.’s first “Star Trek” film in 2009 appearing in several key sequences. In “Into Darkness”, the new Mr. Spock (Zachary Quinto) calls upon “himself” for advice in dealing with “Khan” (Benedict Cumberbatch). Swearing he would never give advice which could alter the future, the original Spock does warn of Khan’s dangerous cunning and advises caution. He also says he was originally defeated “at great cost”.

Definitely a fantastic ironic moment for fans who know the original outcome of their first interaction. The scene is an excellent homage to the original “Trek” cast. Rumors persist of a cameo by Nimoy or even William Shatner for the upcoming “Star Trek Beyond” coming in 2016.

7. Stan Lee in every Marvel movie 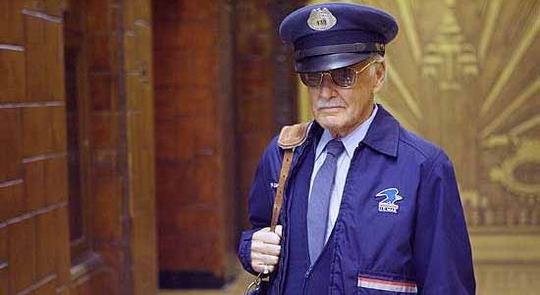 What a life Stan Lee has had. He is probably living the life right now that every one of us wants. In his youth, he created some of the most-loved and enduring comic book characters of all time including Spider-Man, the Fantastic Four, the Incredible Hulk, the X-Men among many others. He was also the former president of Marvel Comics.

Now he gets to see all his creations coming to life on the big screen every single year. Whenever you now watch a Marvel film, you are waiting for the moment Stan Lee shows up as a mailman, security guard or just some random guy on the street. I’m sure we will keep seeing him for years to come.

Bill Murray has had such a weird career; mostly due to the actor’s eccentricities himself. The list of great movies he was almost in is almost as great as the movies he has actually starred in. Look it up online sometime. If he had only answered his phone messages he may have also starred in Star Wars or Forrest Gump.

In Zombieland, Murray makes one of the most memorable and hilarious of all time playing “himself”. During their quest, Woody Harrlson and his posse make a stop off at Bill Murray’s “house” filled with paintings of himself and meet zombie Bill. They have several hilarious scenes together including a “Ghostbusters” rip off. Find his acceptance speech online for Best Cameo in 2010 for “Zombieland”. Also a classic!

During the opening credits to “Goldmember”, you are anticipating something great happening as the credits continue to stall the opening sequence of “Austin” skydiving toward his “Shaguar” within this desert setting. Once he is revealed it is none other than Tom Cruise as everyone’s favorite “Man of Mystery”. His co-stars include Paltrow, Spacey and De Vito and Spielberg who is directing the fictional “Austinpussy”.

The entire sequence is unforgettable including when Austin meets pop diva Britney Spears and the two have a dance off until she is revealed as a fembot. All three “Austin Powers” films have very memorable openings, but this one had the benefit of some extraordinary extra talent. 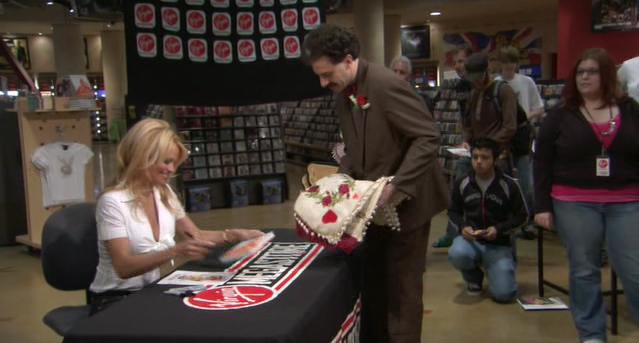 When Borat sees something he wants, he just goes ahead and takes it. While in line at a book signing to meet his American crush and object of his severe sexual desire, Borat reveals to his lady he made her a “love sack” complete with their names and the date of their wedding.

That happens to be today’s date so he shoves the sack over her and proceeds to carry her off so he can complete the nuptials. Very funny scene from an often hilarious, but often dry and boring film.