“Oh bliss, bliss and heaven… Oh, it was gorgeousness and gorgeousity made flesh… And then, a bird of rarest-spun heaven metal, or like silvery wine flowing in a spaceship, gravity all nonsense now… I knew such lovely pictures” Alex’s description of Beethoven’s 9th is the perfect response for all droogs of this Kubrick masterpiece.

In a dystopian future, Alex (Malcolm McDowell), after committing numerous crimes together with his gang, is finally captured by the officials. Trying to lower his sentence, he signs up for an experiment which will deprive the violence out of him.

Stanley Kubrick was his own biggest critic. He constantly had the urge to prove himself that he was the greatest. In “A Clockwork Orange”, his goal was proving he can make a low budget masterpiece.

“A Clockwork Orange” is a timeless film, even after 45 years, it still looks futuristic. The usage of classical music and the iconic costume design just enhanced this argument.

Anthony Burgess wrote in Alex one of the most entertaining characters of the 20th century. The ultra violent Alex is beyond good and evil. Kubrick knew he needed a innocent boyish look for this role. After seeing Malcolm McDowell in Lindsay Anderson’s “If…”, he knew he found his Alex. And how right he was. Malcolm McDowell not only made this role his own, he became Alex. Even 40 years after, he still plays Alex in almost every project.

In 1977, the director of “Assault on Precinct 13” would be offered to direct a 250,000 dollar horror film called “The Babysitter Murders” by producer Irwin Yablans. He accepts on one condition, that his name would be above the title. That film is now known as John Carpenter’s “Halloween”.

Michael Myers is a 6 year old boy who watches his older sister and her boyfriend fool around. After the boyfriend leaves, Michael climbs up the stairs and kills his sister with multiple stabs. 15 years later, one night before Halloween, Michael, who hasn’t spoken a word since, escapes from Smith’s Grove Sanitarium and returns to his hometown. Wearing a mechanics uniform and a white mask, Myers begins his killing spree on the night of Halloween.

”Halloween” is about subjectivity and objectivity, observing and being observed, knowing and not knowing. The very first frame of the film is a Michael Myers POV tracking shot which culminates with the killing of his older sister. We literally start the film through the eyes of the killer.

There are multiple scenes throughout the 91 minute runtime, where the audience can see Myers observing the clueless victim from behind.

In comparison to “The Texas Chainsaw Massacre”, John Carpenter makes a more aesthetic use of sound. The iconic score, maybe paralleled in recognition only by Alfred Hitchcock’s “Psycho”, was completed by Carpenter in only three days. 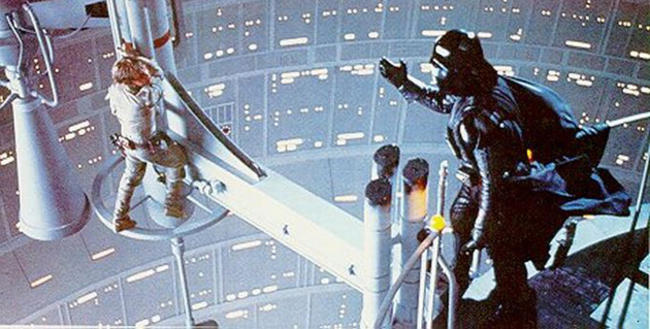 On a recent interview, Lucas said he was convinced that Star Wars would be a huge flop. “I showed it to all of my friends early on, they saw it and [said] ‘Poor George.’ ‘What were you thinking?'”.

The only one who believed in the success of Star Wars, was Lucas’s close friend, Steven Spielberg. “Steven had jumped up, and said, ‘This is going to be the biggest movie of all time,'” recalled Lucas. “Everybody in the room looked up at Steven and [said], ‘Poor Steven.'” All three films of the first trilogy, went to become the highest grossing film in the year they got released.

After the new rebel base is obliterated by the military might of the Empire, the young Luke Skywalker (Mark Hamill) embarks on a journey to find a great Jedi master named Yoda, while his friends are hunted down by the sinister Dark Lord and his agents as a means to lure young Skywalker into Vader’s hands.

Empire Strikes Back has a much darker tone than its predecessor. It displays not just the strife between two opposing sides but it also shows the inner struggle of our hero while he’s trying to follow the righteous path.

The pace of the movie, compared to the other five is much faster, it doesn’t subsume any dull moments or wooden dialogue. Episode five is rich on big and unexpected twists and revelations which make it far more compelling and mesmerizing for the viewer. 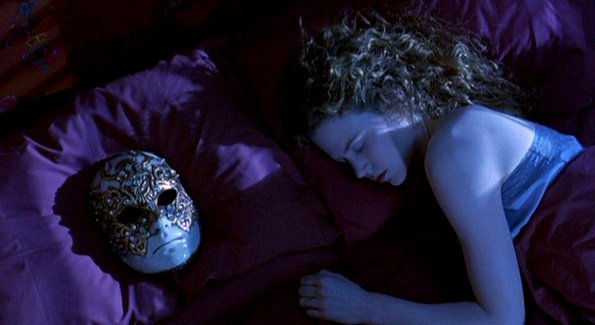 Kubrick’s last contribution to world cinema is one of the most underappreciated films of all time.

It’s a shame how the debate degrades to contributing it with the longest constant movie shoot and not with the epochal achievement of artistically deciphering the human psyche.

After smoking “pot” together, Alice (Nicole Kidman) confesses to her husband, Dr. William Harford (Tom Cruise), that she once fantasized about cheating on him. In a desperate attempt to get “even”, Harford is confronted by a secret society during a bizarre masked ball.

If you are searching for the main theme of a Kubrick film, just pay attention to the inevitable bathroom scenes. “Eyes Wide Shut” is a film about desire and fantasy; to be more specific, the overwhelming female fantasy versus the impotent male fantasy.

Tom Cruise’s character is tormented by his spouses confession. He desperately attempts to catch up with the omnipotent desire in her fantasy, but fails miserably. Throughout the night following that confession, he is convinced of the broadness of her fantasy, witnessing this kind of desire getting exposed towards him, from different women.

Then roofer, David Lynch, just had finished his first feature film, the surreal manifesto, “Eraserhead”, when he got hired by the legendary Mel Brooks to direct “The Elephant Man”.

The very first scene of the film is pure Lynch. A woman is being stampeded by an elephant, while her screams are covered in loud industrial sound effects. We learn that this is a dream sequence much later in the film; to be precise, it is a nightmare of Merrick, who feels as his deformity shredded his mother to pieces.

John Hurt’s performance is nothing less but mesmerizing; every time John Merrick speaks, you hear the echo of his voice through the corridors of your heart.

Onibaba, which translates to demon women, is a 1964 Japanese horror drama masterpiece that sprung from the mind of legendary director Kaneto Shindo.

An old woman (Noboku Otawa) and her daughter in law (Jitsuku Yoshimura) live through the Nanboku-chō period waiting for the return of son and husband Kichi. The wars have let the lands dry and nothing to arrange their living. In order to survive, they have to kill samurais and sell their armor in exchange for rice. When their neighbor returns from the battlefield, he brings devastating news with him.

Shindo, with his shiny monochrome cinematography, isolated location and minimalistic cast, deprives his world of any dignity. His characters are striped to low primal instincts. They don’t posses morality, pride or integrity. In this Shindo created world, the only thing that matters is survival, fear and desire.

The horrific disfigurements left on the wearer of the mask, is stated by the director to be a metaphor of a post Nagasaki and Hiroshima atomic bombing.

Jonathan Demme’s Silence of the Lambs is only the third film, after “It Happened One Night” and “One Flew Over the Cuckoo’s Nest”, to win the big five at the Academy Awards.

FBI cadet Clarice Sterling (Jodie Foster) is ordered by her boss Jack Crawford (Scott Glenn) to interview serial killer and cannibal Hannibal Lecter (Anthony Hopkins). What Sterling doesn’t now, Crawford, by sending her, tried to trick Lecter in helping with an analysis on another psychopath on the loose, Buffalo Bill(Ted Levine).

Silence of the Lambs is without a doubt the most acclaimed feminist film. Clarice Sterling, who is haunted by the murder of her then in duty father, is being abused by the patriarchal and sexist society surrounding her, if in some occasion only by glances.

Almost all her FBI colleges witness her as inferior. She is used as an object to get to Buffalo Bill.

The sexist message is blatantly thrown in the viewers face during the scene in which she first encounters Hannibal Lecter (If you like puns, I’m sure you guest which moment is meant).

Arguably the most insulting moment to Clarice, comes from her boss. When another Buffalo Bill victim is found, her boss asks the sheriff to talk with him in private about the details, because these matters are sensitive, while staring at Clarice. Implying she is to weak to do her job.

Ironically, “Hannibal the Cannibal” is the character which is most respectful towards Clarice, although in his psychopathic way.

With great direction, Jonathan Demme uses parallel editing to Eisenstein proportions to zenith in a shock reveal, where Clarice is exposed of being right and taking out Buffalo Bill.

Author Bio: Zgjim Terziqi is a film school graduate screenwriter and director from Kosovo. As an autodidactic child, he learned fluent English and German, by watching films in the respective language.