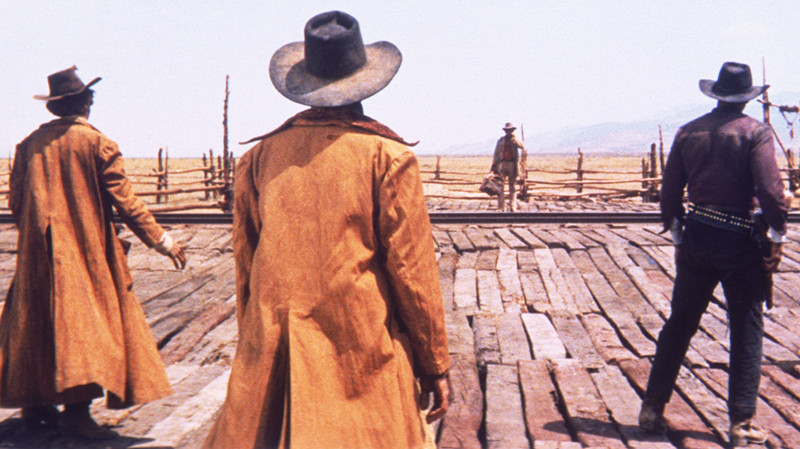 The 60s was a revolutionary period for cinema. It was the beginning of The New Hollywood, a pivotal era that changed the whole industry. All around the world filmmakers like François Truffaut, Jean Luc Godard, Michelangelo Antonioni, Federico Fellini, Ingmar Bergman, Akira Kurosawa and Roman Polanski were producing challenging pictures in consonance with the social and political vicissitudes of the decade.

Soundtracks were obviously influenced by the inter-related changes of the 60s. Composers like Ennio Morricone, Lalo Schifrin and John Barry produced new types of movie scores, each one of them creating a particular style and approach to work. Pop music began to gain more space in pictures culminating in Dennis Hopper’s Easy Rider, a Soundtrack that permeates collective consciousness even nowadays. Even the old school artists such as Elmer Bernstein were affected by the effervescence of the 60s.

Federico Fellini often puts autobiographical elements in his movies like in Amarcord and I Viteloni. In Otto e Mezzo the autobiographical elements almost cross the limits in a fictional confusion. Nino Rota’s soundtrack serves as the background for the daydream atmosphere of the movie. Carlotta’s Gallup is a frantic circus jazz that serves as a metaphor for the tightrope that is the life of the director.

It’s hard to tell which one is creepier: Robert Mitchum’s acting or Bernard Herrmann’s Soundtrack. In this masterpiece, Hermann delivers a soundtrack that has evil all around it, just like Max Cady. Cape Fear is all about a crescent non-resolved tension between Max Cady and Sam Bowden. It’s a simple F# downscale, but Bernard Hermann gives something you will never forget, counselor.

Requiem por un com (Requiem for a asshole) is an hypnotic groove with the aggressive poetry that only Serge could deliver. Psychastenie is a psychedelic Hindu frenzy, a track that is even present in Psychedelic Hindu collections.

Mondo Cane is certainly the most famous “Mondo” movie ever made. This genre consisted of documentaries displaying bizarre and grotesque situations and traditions around the world. Created in Italy, these documentaries mainly had original scores provided by Italian composers like Ennio Morricone (Il Malamondo is an example) and Riz Ortolani.

This Soundtrack shows an eclectic attempt of songs as backtracks for diverse situations happening on screen. There are beautiful melodic moments as the famous “More (Mi guardare in Cuore)”, funny moments like “Raggazze i Marinai”, terrifying like “Gli Squali” (about some fishermen who “revenge” themselves from sharks in a grotesque way) and there is also Tarantellas and typical Italian music giving off the “Mondo” aura.

As Frederic Jameson would say, Midnight Cowboy is a terrific postmodern movie. Adapting the cowboy cliché of John Wayne into a new urban reality, the story subverts the characteristics of the Western hero making him a gigolo in New York. The soundtrack contains three elements: country music (represented by “Everybody’s Talking”), psychedelic jams (The Groop and Elephant’s Memory, mainly played at the druggy-hippie party scene), and John Barry’s atmospheric music (definitely the most outstanding of them).

The Midnight Cowboy Theme is a timeless masterpiece, a song that encompasses the melancholy and languidness of John Voigt and Dustin Hoffman’s characters. The remarkable harmonica is played by Toots Thielemans. American seminal alternative metal band, Faith No More, did a very interesting cover of the song in their 1992 album Angel Dust.

Sato Masaru became very famous for his soundtracks for TV Series “Gojira”, mostly known as “Godzilla”. In “Yojimbo”, he mixes Henry Mancini Jazz with Japanese instruments to create a soundtrack that is as refreshing and interesting as the movie. The “Yojimbo Theme” accompanies Toshiro Mifune smart tricks with tension and malice, always permeated by a sense of fun.

Rosemary’s Baby theme is perhaps the scariest lullaby ever written. Sang by Mia Farrow herself, the song is a perfect background for Baby Satan’s birth. Kristof Komeda also includes some jazz themes in this soundtrack, his specialty. Along The Night of The Hunter and The Omen, Rosemary’s Baby soundtrack is a somehow minimalistic effort using the human voice as an instrument to scare the hell out of the audience.

The Great Escape Soundtrack is a reminiscent of the big orchestral sounds typical of Hollywood soundtracks before the 60s. Elmer Bernstein did a very interesting work for The Man with the Golden Arm, creating a jazzy soundtrack very influenced by Ravel and other classical composers.

In The Great Escape he delivers his typical grandiloquent sound, with a idiosyncratic motif that repeats itself in various forms. This movie also marks the meeting James McQueen and Charles Bronson, two of the biggest actors of the 60s and 70s.

Lawrence is a gigantic epic (more than 200 minutes) and influenced a generation of movie makers (Steven Spielberg and George Lucas) who took inspiration from the adventurous saga present in the movie.

The Soundtrack Theme starts with brilliant combination of a Edgar Varése-esque rhythm pattern denoting chaos and fear. Then it transforms into a Mid Eastern melody, like founding an oasis in the desert. There are also sections with military drum marches evoking the Arab army that Lawrence commanded.

Revolutionary is maybe the best word to describe this movie. Easy Rider was one of the first movies to use a completely prerecorded soundtrack composed of pop/rock songs exclusively. Artist like Steppenwolf, The Byrds, Jimi Hendrix and The Band became automatically related to the movie and the spirit of a generation. Steppenwolf’s Born to be Wild is until nowadays an anthem for motorcyclists everywhere.

The Pusher, by the same group, is a sort of Grateful Dead-esque drug-fueled song, talking about Drug abuse and the preservation of Soul, whatever that means. Jimi Hendrix’s If 6 was 9 is a psychedelic masterpiece, confronting hippies and white collars views of the world. The Love Revolution has been over for years, but the free-will spirit of this soundtrack will always follow those who weren’t “born to follow”.