Can you believe 2017 will be the 25th anniversary of “Reservoir Dogs”?

Few recent filmmakers have had the impact as Tarantino, basically rewriting the way stories can be told with dialogue that can be described as a “verbal rollercoaster”. His words have the ability to make us laugh, cry, appalled, gasp, cringe in our seats and say to ourselves or out loud “what did they just say?”

He has won two Academy Awards for “Django Unchained” and “Pulp Fiction” and was nominated for “Inglorious Basterds”. “Reservoir Dogs” was voted the 2nd best directorial debut in movie history behind only “Citizen Kane”.

He has been remarkably consistent with his work.

When it comes to picking a favorite film, scene or quote from a Tarantino film; however, that is where the big debate lies. As there are many Tarantino fans out there, everyone has their own moment they hold most dear.

Even in putting this list together, the original rough draft was over 50+ entries which had to be reluctantly trimmed to just the best of the best.

This is what makes for memorable storytelling, though, as we are still talking about his films many years after they are released.

It was very surprising to me his most recent effort, “The Hateful Eight”, was not received as well as some of his previous work and did not perform as well at the US box office. Realizing box office success has nothing to do with the quality of the film, it was still surprising it was kind of lost in the shuffle.

Maybe since everyone was going to “Star Wars” at the time combined with the fact “The Revenant” may have been perceived as the same type of film were to blame.

There have been rumors of a “Kill Bill Vol. 3”, but we’ll see if it actually happens. It would be cool to see the uncut “Kill Bill: The Whole Bloody Affair” make its way to DVD. Tarantino has hinted at this and there had been a very limited theatrical run, but not a wide release so far.

Here’s hoping he continues to craft interesting, jaw-dropping dialoguefests for many years to come.

Please feel free to add your own favorites.

20.  “AK-47. The very best there is. When you absolutely, positively got to kill every motherfucker in the room, accept no substitutes.” 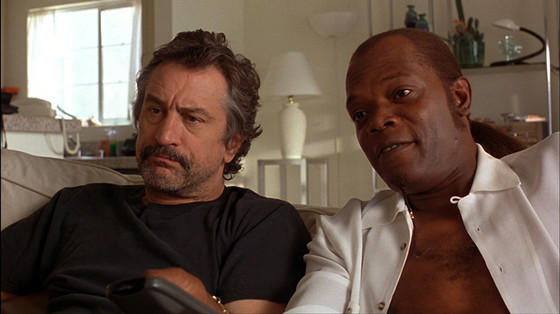 Also present is Melanie (Bridget Fonda), who accidentally scrapes her little toe on Gara’s brink glass. Yet another example of Tarantino’s affections for women’s feet.

Why is it great: Obviously, Jackson appears on this list many times and is a Tarantino staple. It is unfortunate more “Jackie Brown” quotes did not make this, but there are too many to choose from.

De Niro amazed me in this film as playing opposite a lot of his other well-known characters and almost look like he just woke up most of the time.

The scene is important to set up the relationship between the three principals, their relationship as precursor to their upcoming actions in the attempted smuggling of $550,000.

Warren then shoots her in the foot to get her undivided attention.

Why is it great: Like “Jackie Brown”, “The Hateful Eight” deserves more entries on this list, but there are, ultimately, too many great choices.

Audiences must have found this story to have too much dialogue and not enough action to have it highly recommended. This is not true and this film should now find a much wider audience.

The scene and line here are very important to play a part in the final important conversation in the film where Domergue tries to coax Sheriff Mannix to dispose of Warren and also warns of a posse she has coming to visit the establishment soon.

18. “That woman deserves her revenge and we deserve to die.”
“She must suffer till her last breath.” 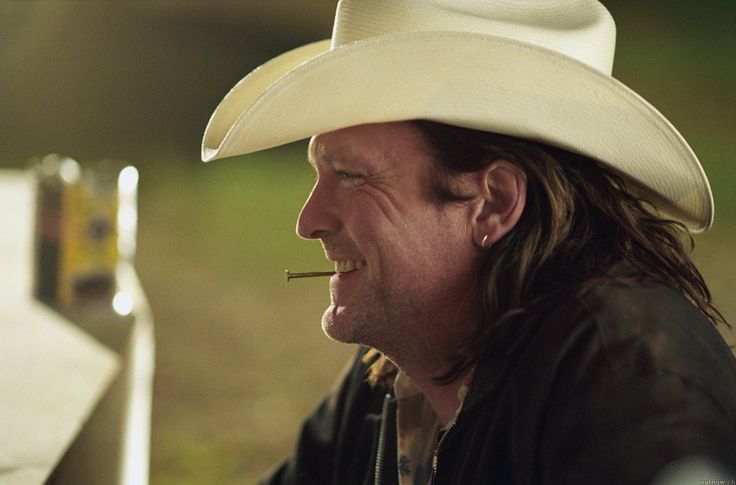 Context: At the very end of “Vol. 1”, there is a montage where “The Bride” (Uma Thurman) creates her “Death List Five” which includes the members of the Deadly Viper Assassination Squad she intends to vanquish in her thirst for vengeance.

She transcribes her list while we sees lines delivered by other characters who we don’t really know very well yet.

Why is it great: At the time, you are not aware the lines are taken from “Kill Bill Vol. 2” and foreshadow the characters of Budd (Michael Madsen) and Elle (Daryl Hannah) and their forthcoming interactions with her in the 2nd film.

Also, the show of Budd is actually in reverse as it appears in “Vol. 2” as his head appears on the left of the screen and on the right in the same scene in “Vol. 2”. 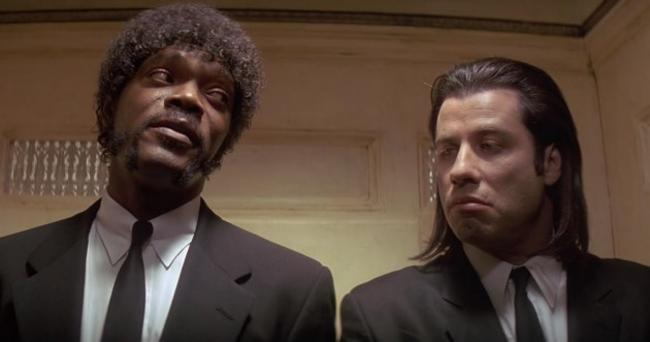 Context: As Jules and Vincent (Samuel L. Jackson and John Travolta) wind their way an apartment building on their way to their “job” they have a conversation about Marsellus Wallace and his reaction to another man giving his wife a foot massage

There is debate as to whether this was an overreaction and just how intimate such a massage is and whether the reaction was appropriate.

Why is it great: This is the type of dialogue Tarantino does best. A conversation about seemingly nothing, but giving great insight to the minds and thoughts of the characters saying the lines.

He can take a subject the rest of us would think trivial and devote multiple pages of dialogue to its exposition.

This conversation also becomes important as Vincent is asked to take out Marsellus’s wife himself later in the film.

16. “Do you know what this is? It’s the world’s smallest violin playing just for the waitresses.”

Context: During the diner conversation at the beginning of the film, we get to meet the principle characters all seated eating telling us their opinions of Madonna’s “Like a Virgin” when crime boss Joe (Lawrence Tierney) asks the men to each chip in $1 for tip money.

Everyone participates except Mr. Pink (Steve Buscemi) who feels this is not required or appropriate. His argument is gratuities in general should be earned and not given because they required.

Someone else suggests there might be another way the waitress could earn additional tips!

Mr. Pink is unsympathetic to the waitress’s plight.

Why is it great: The scene itself is a wonderful introduction to all the participants in the forthcoming heist. We get to know their personalities and character dynamics through seemingly uninteresting, but profound topics and we engage in every word they say.

Context: In attempting to get the attention of Brett (Frank Whaley), Jules asks him a series of questions.
Brett is freaked out and nervous and has trouble with the questions and even forming a complete sentence do to his excited state.

Why is it great: Hard to say “another great scene from ‘Pulp Fiction’” as the entire movies reads like a play. This scene is pivotal as it introduces Jules’s Bible speech and the gunfire sequence which shapes Jules’s actions at the end of the film.

It shows you to what lengths the characters of Jules and Vincent will go to achieve results in their work.

Brett certainly did not get the idea based on him saying “what” again and paid the ultimate price as a result.