When a director joins his forces with a cinematographer, costume designer, art director, makeup artist, colorist… and they do their best, they make an excellent visually stunning film. If the film is visually stunning, it does not necessarily mean the story of the film is poor or has mediocre acting.

Here are a handful of bright visually stunning films that are worth your attention and they are all coming from Europe. Also, they were filmed in past five years, and they can stand in all aspects alongside great films from the rest of the world.

This Russian masterpiece, which has been nominated for the Academy Award, BAFTA, and won the Golden Globe, can’t be watched without amazement. A wonderful color pallet, calm and slow camera movements, and plenty of natural light are just some of the reasons why this film is so delightful for eyesight and why you need to find some time to watch it.

The film was directed by Andrey Zvyagintsev. Many consider him as the only true successor of his older Russian colleague, Andrei Tarkovsky.

The film’s cinematographer was Mikhail Krichman – Andrey’s faithful companion who won the Golden Frog, the top prize of the Camerimage Film Festival, for his work on this film. “Leviathan” was filmed in a Russian village named Teriberka on the recommendation of their production designer.

The film is full of magnificent shots of landscapes in this beautiful and cold Russian village. They also had nice advantage while filming in a magical bluish north light, as the costumes and the sets were also in harmony with the landscapes.

Krichman spent a lot of time blocking and controlling natural light to create the atmosphere that we see in this film. But he also used a lot of varied sources of light, like LEDs or Chinese lanterns. If you want to relax your eyes, but also throw yourself into thought, this film will be a real pleasure for you.

This Polish motion picture caused admiration around the world, not just because of the great story and directing, but also because of the marvelous camerawork of two cinematographers – Lucas Zal and Ryszard Lenczewski.

The film was directed by Polish filmmaker Pawel Pawlikowski and it won the Academy Award for Best Foreign Language Film of the Year in 2015; it was also nominated for Best Cinematography. Also, the American Society of Cinematographers (ASC) gave the Spotlight Award to these two cinematographers in 2015.

The film was shot in black and white in very demanding 4:3 format and there is not a lot of camera movement. Pawlikowski wanted the film to look like films from the 1960s, or like photos from his old family albums, so he decided to shoot in black and white.

Also, he wanted to get rid of any excess ornaments and details and to make it as simple as it’s possible. The light is soft throughout the film; there are no bar or unnecessary shadows. Static photo-like compositions, still frames, and empty spaces filled only with necessary things are just a part of the perfect visual harmony that will make you love this film. 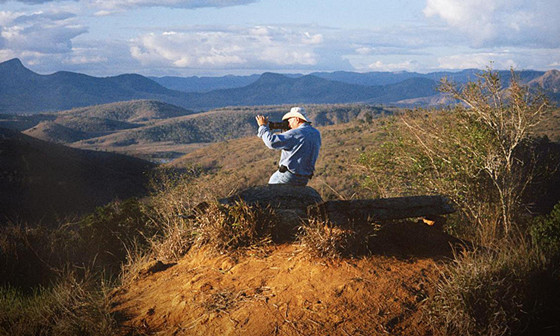 This documentary was directed by award-winning director Wim Wenders and his colleague on this motion picture, Juliano Ribeiro Salgado, and is one of those films to watch with your mouth open. This film tells the story about a life of one of the greatest living photographers ever – Sebastiao Salgado.

It’s full of his stunning photos which will delight you, please your eyes, but also make you feel sad, angry or helpless. Salgado’s photos are an essential part of the beauty in this film.

The other part belongs to the cinematographers. Juliano Ribeiro Salgado, Sebastiao’s son, followed his father on his journeys and filmed all those preserved, isolated and abandoned places around the world without any other equipment except his Canon EOS 5D camera and portable audio recorder.

The second cinematographer was Hugo Barbier, who filmed Salgado while telling his stories or photographing some shots on Sebastiao’s favourite places with Wim Wenders. Those shots are really good considering that they are filmed for the documentary and some of them are filmed in black and white.

This film was also an Oscar nominee for Best Documentary in 2015, and it deserves to be watched by many people, especially photographers who are looking for inspiration and importance in what they do.

“The Great Beauty” is an Oscar winner for Best Foreign Language Film in 2014, directed by Italian filmmaker Paolo Sorrentino. It follows life of 65-year-old man Jep Gambardella through his nightlife in Rome.

The film presents a critique of a contemporary society full of absurd and vulgarity, and also fully justifies the title in visual sense. It was a real challenge for cinematographer Luca Bigazzi, but he figured out how to deal with it.

Every scene has a great rhythm and the atmosphere is in complete harmony with the story, as it perfectly describes the feelings of the characters and their internal situations, dilemmas and thoughts. The lighting is also very delightful; Bigazzi mixed warm-light scenes with an aggressive light to convey characters and situations.

The production designers quite noticeably did their best as well and made a very pleasant and breathless set in combination with the already existing beauty of the Italian capital city, with its architecture and art. Despite the delicate message of the film, the director managed to make it lovely and beautiful for eyes of audiences. 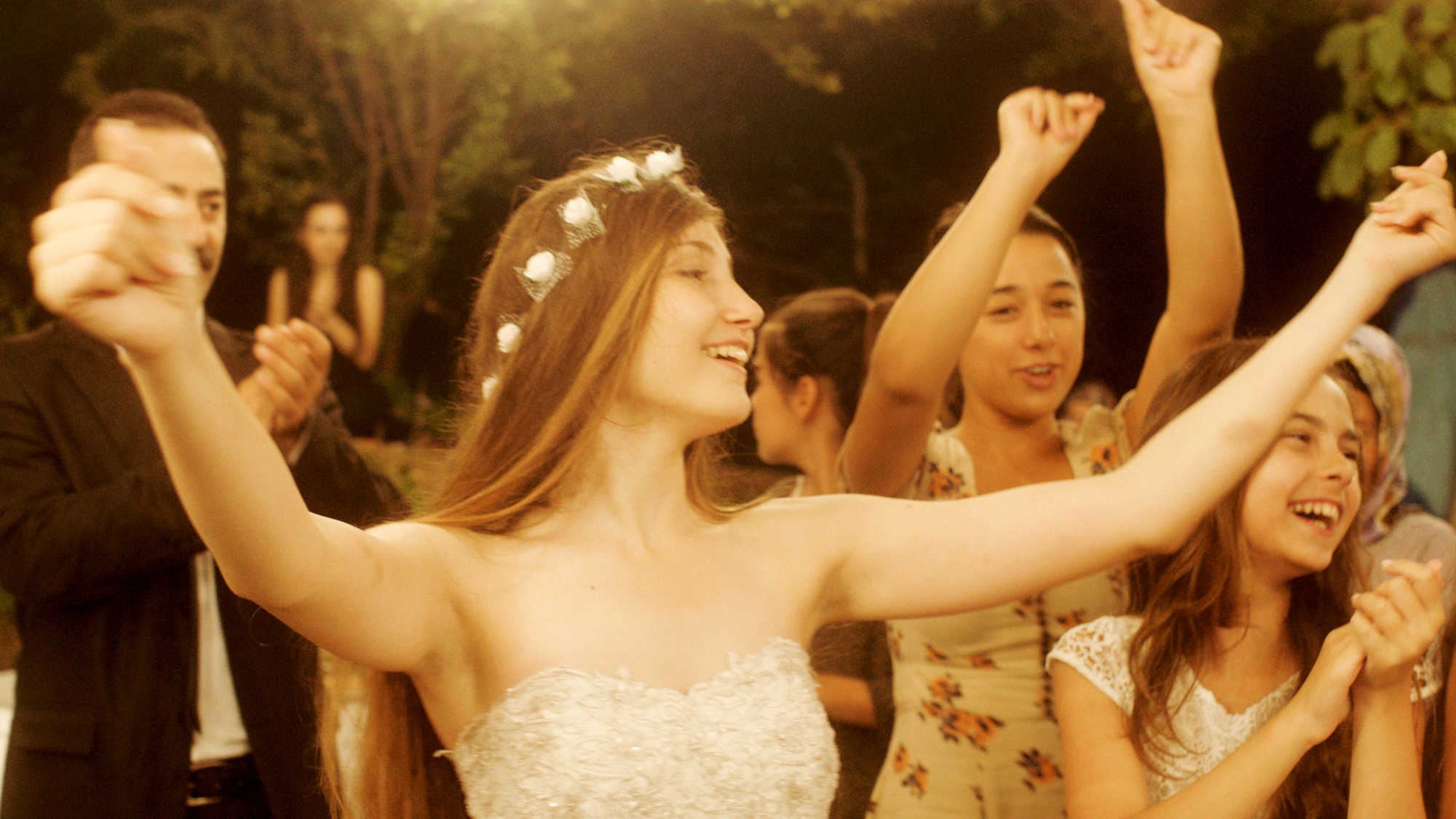 This motion picture of Turkish-French director Deniz Gamze Erguven deals with one of the essential problems of not only Turkish people, but the problem of people around the world.

It follows the life of a girl named Lale and her four sisters, who are victims of rough Turkish tradition and because of that, they suffer. They can’t choose their husbands or live without conservative rules of life.

What makes this film visually great is the success of cinematographers David Chizallet and Ersin Gok to show to audiences the happiness of those girls, despite all the difficulties in their lives.

Also, the film exudes an atmosphere coming from the seaside village, the summertime, the seaside colors and architecture, and the colorful Turkish folk costumes and traditions. The film is nominated for an Academy Award this year, which is a great way for people around the world to pay attention on this major problem of today. 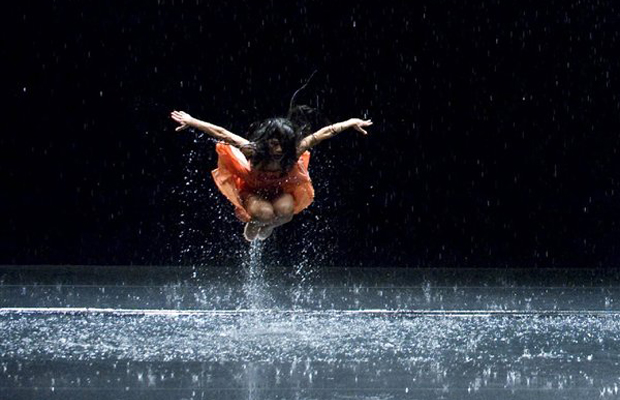 When a great filmmaker like Wim Wenders makes a film about real art in cooperation with two excellent cinematographers – Helene Louvart and Joerg Widmer – it has a great chance to be a real visual masterpiece like “Pina”.

This time, Wenders decided to make a film about one of the greatest German choreographers of all time, Pina Bausch, who died in 2009. The dance performances in this film are actually the main part of the visual beauty, but we can’t forget about the great camerawork.

Cinematographers, production designers and costume designers colored this film in an interesting color palette. This film is dominated by shades of brown, beige, and different variations of red.

The film was shot in 3D technology to help viewers feel just a part of the effort, heart, tears and sweat that the dancers left on the stage.

This homage to work of Pina was nominated for Best Documentary Film at the Oscars in 2012, and cinematographer Helene Louvard won a award for Best 3D Documentary at a prestigious cinematography film festival in Poland. All those that respect the art in any way will enjoy this work of art.

“Melancholia” is the sci-fi drama directed by famous Danish director Lars Von Trier and shot by cinematographer Manuel Alberto Claro, who won the European Film Award for Best Cinematography and was nominated for the Golden Frog at Camerimage in 2011.

The film is distinguished by a magical color palette, handheld camerawork, frequent out-of-focus shots and many pans and zooms. All these things help the audience to awaken their senses and feel the energy of the film.

In the first part of the film, the wedding is colored in yellow; too much yellow to convey too much happiness which is a bit disturbing. However, the second part is almost neutral and the lighting is cold and naturalistic. As for the rules of Dogme 95, we can notice that the film is shot in a real house, not on a prearranged set, so camera movements are limited and the rooms are lit mostly only with household lamps.

This movie exhales with a true Von Trier spirit and it is certainly one of the most unusual films about the end of the world.