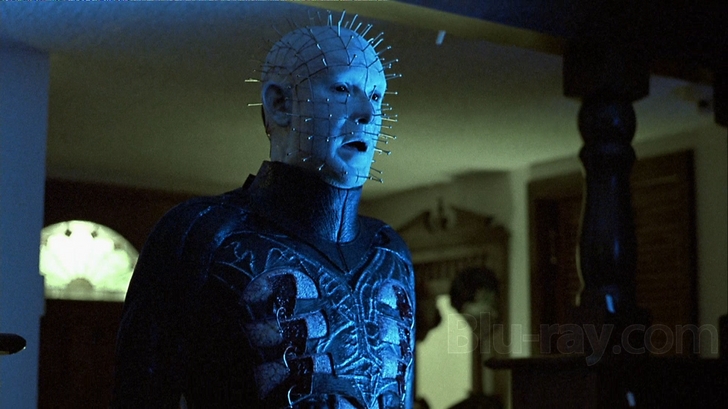 Without a doubt, Dimension Studios has run Clive Barker’s vibrant and disturbing “Hellraiser” brand into the ground with countless direct-to-DVD sequels. “Inferno” was the first of these efforts, yet it also happens to be the strongest, and while I’ll admit it’s no classic, it’s also a lot better then it has any right to be.

The film is centred around Craig Sheffer’s corrupt, coke snorting cop as his life takes a dark and trippy hellish descent into Pinhead’s world. This low-key effort has a surprisingly gripping plot with several bizarre plot turns and nightmarish visuals stylings that will keep you guessing until its familiar yet effective twist ending.

Sure, Sheffer’s lead is a bit of a bastard, but he turns in a solid enough performance for you to at least be intrigued by his journey, and Derrickson gets the most out of his limited budget with an inventiveness behind the camera that makes it very watchable.

In all fairness, the biggest critique against the movie is more than valid (not enough Pinhead or Cenobites), yet if viewed as an anthology type of experience with Pinhead as the host, it’s a makes for a fun ‘Jacob’s Ladder’ kind of journey that stands apart from the rest of Dimension’s subpar installments.

The “Halloween” series has a handful of overlooked sequels; “Halloween 2” (1981) and “Halloween 4: The Return of Michael Myers” (1988) were both incredibly watchable slasher movies. Yet, the true champion of dismissed follow-ups belongs to this sinister entry from John Carpenter protegee Tommy Lee Wallace (“Fright Night Part 2”).

Carpenter (as producer) attempted to steer the franchise away from the unstoppable killer Michael Myers and into an anthology-based franchise focused around the festive theme. The audiences weren’t into it, and the unanimous knee-jerk hate for messing with their slasher fix got this franchise back to familiar ground with its next entry.

Still, on its own as a film, this is a fine genre watch. With its doom-laden Carpenter & Howarth synth score, Dean Cundey’s trademark cinematography, and Tom Atkins as the tough lead, this ends up feeling almost like a lost Carpenter movie and hits similar notes as his relentlessly bleak “Prince of Darkness” (1987).

Yet as much as Wallace channels inspiration from his mentor, he shows a individual trait in his brutal mean streak. The deaths aren’t pretty, especially the infamous one featuring a child and a killer Halloween mask that reaches nightmarish levels and might be the most disturbing death seen in a mainstream horror franchise. This all lends itself into successfully creating a relentless atmosphere where no one is safe, and turns around an otherwise silly premise with this fiercely original entry. 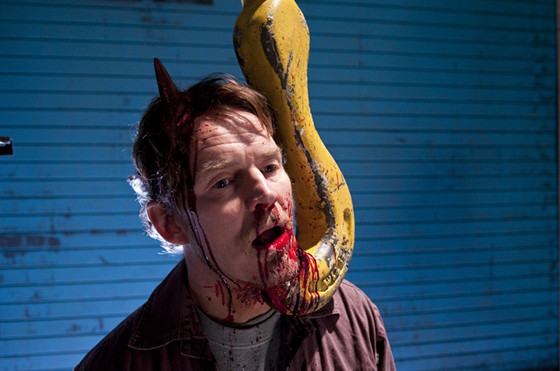 The “Final Destination” franchise has always been an odd one – a tent-pole horror franchise not centred around an iconic boogeyman or wisecracking hero. Its general concept was that if you cheat death, it will eventually track you down, and in a series of elaborate accidents (that border on “Looney Tunes” level of insane), will eventually kill you.

It was fresh and inventive concept that made the 2000 original an immediate sleeper hit, and was even better done in “Final Destination 2” (2003). Still, there was only so much mileage you could floor out with the concept, with no characters to hang on to and the escalating absurdness of its sequels.

Which brings us to this last entry, whose meager box office and mild reception finally stuck a fork in the franchise, which is a grand shame because it’s the smartest and wickedest film of the series. By grounding the plot with a likeable cast, things were helped enormously, yet its best move was focusing on what worked before. The franchise is at the top of its game when it takes seemingly mundane situations and turns them into hellfire deathtraps.

Steven Quale and writer Eric Heisserer cranked down the ridiculous level, bringing back a necessary level of suspense and dread that had been missing in a series of tense and unbearable scenarios (e.g. laser eye surgery gone very bad). Add to that the franchise’s trademark black humor and a fantastic twist ending that brought the series full circle, and you have one of its strongest entries that desire a bucketload more credit than it’s been dealt. 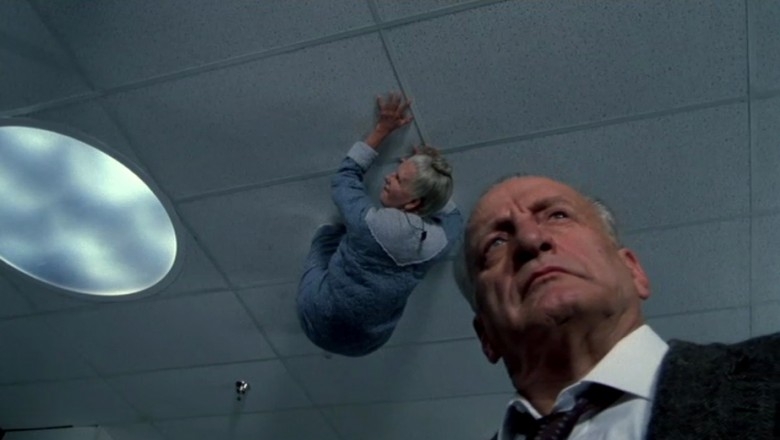 “The Exorcist” (1973) is a difficult film to follow, and it hasn’t helped that all later sequels were terrible and received as such, and rightfully so.

All of that is pushed aside from this slow burn, skin-crawling effort from source novelist Blatty. Originally conceived as a stand-alone film featuring a connecting character (Lt. Kinneman, here played by the epic George C. Scott) and similar themes, the producers figured to hedge their bets in post-production and forced Blatty to make this into the third entry in the “Exorcist” franchise.

The shoehorning in of certain aspects feels disingenuous and muddled, but there’s no hampering the incredible power of Blatty’s original conception. The direction is fully realized with a handful of deeply unsettling set pieces, and his fantastic story and character work still shine through. Scott and an unhinged Brad Dourif are exceptionally compelling as the leads.

Conclusively, it feels like an odd follow-up for the franchise, but there’s no putting down this incredibly unique and chilling effort that deserve its rightful place in the limelight. Hopefully Scream Factory’s recent release of this film’s director’s cut finally achieves this.

For the longest time, “Alien 3” (1993) was the segregated black sheep of this iconic sci-fi/horror franchise, yet over the years it’s been rightfully reassessed as a flawed but worthy sequel. Not so much for this gooey, off-the-wall fourth entry from Jeunet, which has been unjustly dismissed as forgettable garbage.

Sure, it has it’s faults – it lacks both scares and a strong third act, and I’m still hard-pressed to tell you the purpose of Winona Ryder’s miscast character. Yet Joss Whedon’s fun script, blended with Jeunet’s gorgeous visuals, make for an odd but entertaining mix for what ultimately boils down to a high-budget splatter comedy.

It’s a polarizing direction, but one that can’t be faulted for its individuality. Add to that some beautiful practical effects, some exhilarating wacky action set-pieces, and Ron Perlman stealing every scene he’s in as a badass space pirate with a penchant for killer one-liners. If you don’t expect this to be a masterpiece, you’ll be in for a gory, fun ride. 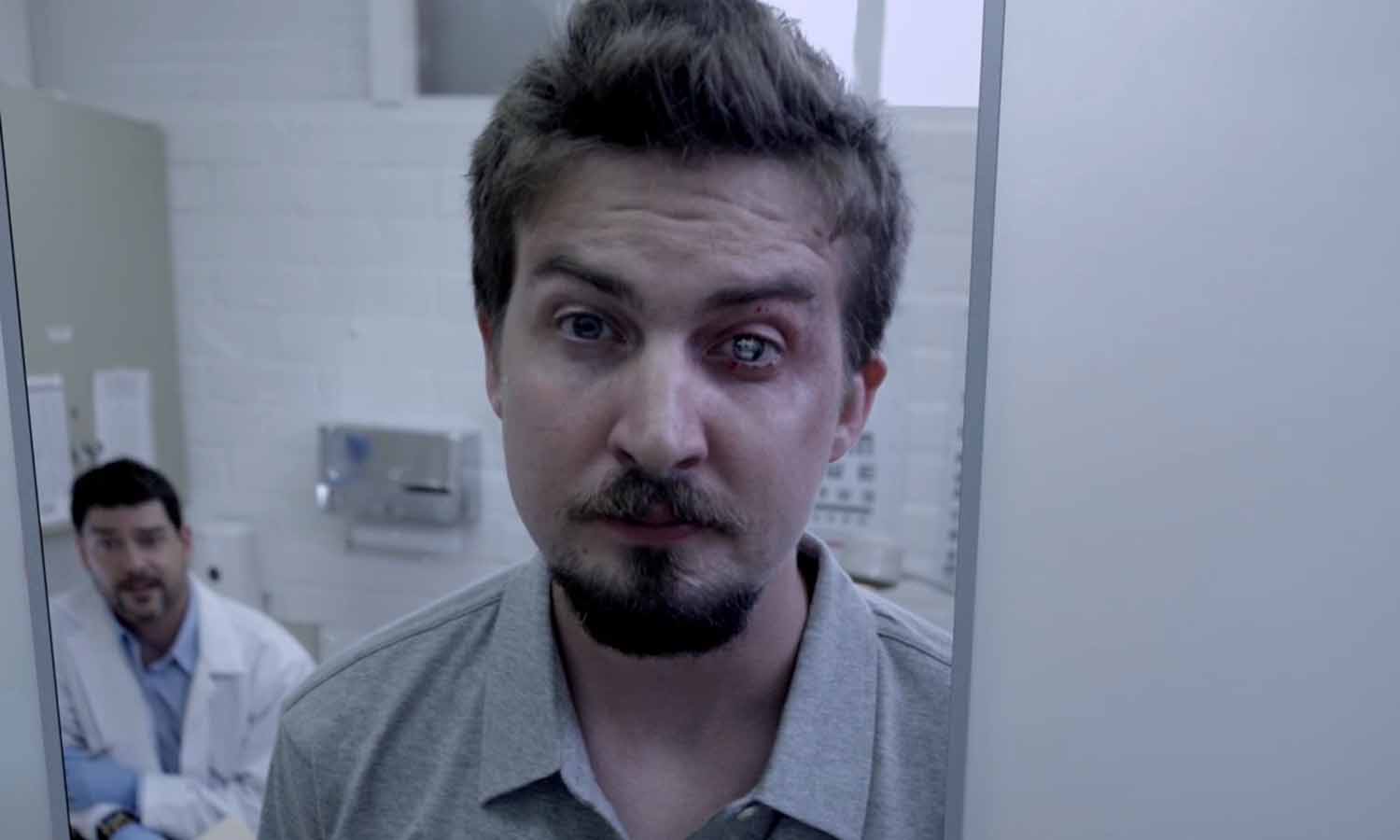 The first entry in this found footage franchise was an intriguing anthology effort, although the greater sum was fairly ‘hit-and-miss’ – which was not the case with this greatly ignored follow-up.

It’s already ahead of its predecessor by getting several exciting genre directors to direct each segment – Adam Wingard (“You’re Next”), Gareth Evans (“The Raid”), Eduardo Sanchez (“The Blair Witch Project”), Timo Tjahjanto (“Killers”), and Jason Eisener (“Hobo with a Shotgun”) fill out the impressive roster, making this sequel feel like a proper genre event.

Surprisingly, Wingard’s is the lesser segment, relying on a one-note gimmick that feels undernourished, but it’s hardly terrible and makes for an entertaining watch due to his usual technical finesse.

For the rest, Sanchez’s unique take on the zombie movie is both refreshing and surprisingly moving, and Eisener’s callback to 80’s horror/kid’s movies is as fun as it sounds, but the reigning champion of the piece is Evans and Tjahjanto’s “Safe Haven” – an adrenaline fuelled descent into a hellish survival event. This gory bonanza impresses with brilliant stunt work and insane plot twists.

This odd franchise disappeared fairly quickly, never truly finding its audiences; the horror crowd were tiring of the ‘found footage’ concept and the mainstream viewers found them too offbeat. Still, they managed to crank out three installments, but this is the only one to be considered essential viewing. 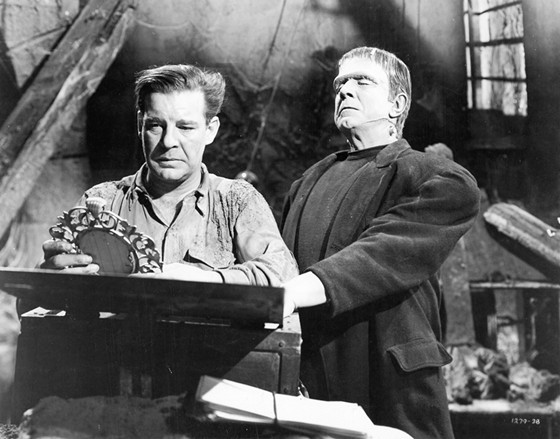 This film was the moment where several critics point to as the nadir of Universal’s horror output – a cheap ploy to get audiences back into theatres by shoehorning different monsters into each others’ movies. Yet this head-to-head feature is way better than most would have you believe.

Essentially working as both “Wolfman 2” and “Frankenstein 5”, its prime focus is on the former with Lon Chaney Jr. back as our furry and tragic monster. Chaney had fortunately grown as an actor since his first outing, and impresses as the conflicted lead and heart of the story, in what is essentially a tragic quest to end his life.

It’s a shame then that Bela Lugosi (who is usually fantastic in these types of movies) is epically miscast as Frankenstein’s monster, with a misguided theatrical take that’s unintentionally hilarious – the creature waddles around like a drunken wino more than the hulking brute.

Still, Lugosi half-cocked is better than most actors on a good day and it’s not film breaking as there’s plenty of fun to have from the premise. The novelty of the plot lines crossing over really works and Neill’s direction is stylish and assured – full of slow dollies, garish sets, and moody lighting.

Also, unlike later mediocre attempts from the studio to mash-up their monsters, they squeeze the most out of its premise with the title fight between the two being as epic as it should be, rounding this one up as an enjoyable old school monster smackdown.

Most movie buffs worth their salt are aware of Richard Franklin’s superb “Psycho 2” (1983), but this offbeat third installment is unjustly ignored as misguided trash.

Those critics have missed out on a enjoyably moody and darkly comic twist on Norman Bates’ tumultuous existence, with Perkins himself directing this confident debut. It features neo-noir inspired lighting, a score by Carter Burwell, and a twisted sense of humour; in fact, Perkins has gone on record to admitting his admiration for the Coen brothers’ “Blood Simple” (1984). Its influence makes for a fresh take on the familiar plotline with several laugh-out-loud scenes amidst the macabre blood letting.

Still, the tone never falters and the stakes feel suitably dramatic as Norman once again takes up the mantle of hero/villain and ends up on on the blunt end of another tragedy-laden third act.

Perkins is, of course, brilliant as Bates, who’s equally sympathetic and frightening. But here he’s also in great company with a young Jeff Fahey playing his sleazy, off-kilter assistant, who steals every scene he’s in and has a penchant for weird sex scenes.

The film is an unique watch; it’s less of a suspense exercise and more of an oddly humorous slasher movie. You can’t fault Perkins for wanting to try something different, and it equals a superior experience to anything else that followed in the franchise’s footsteps.