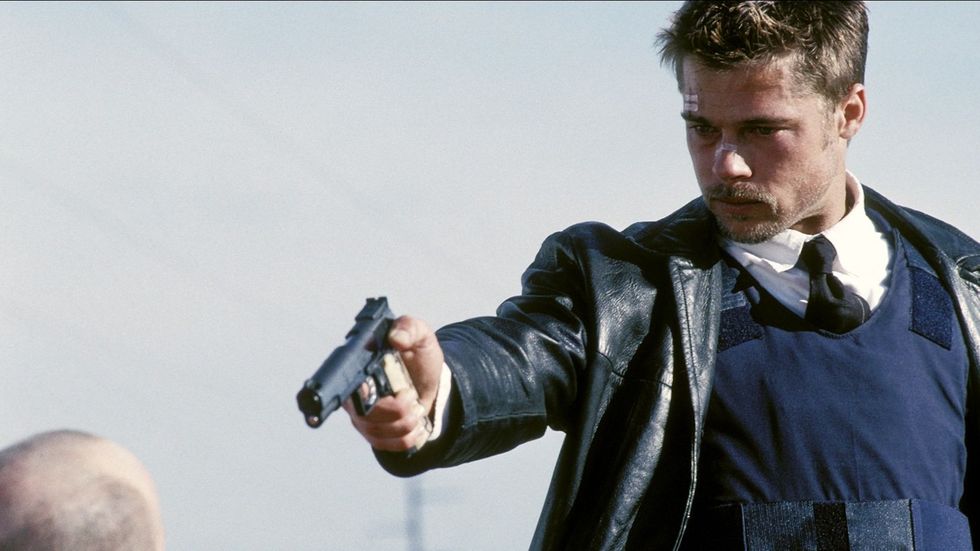 Everybody loves a happy ending. We, as an audience, love to see the protagonist prevail and see the story wrap up in a nice way. However, a downbeat ending is often more effective than an upbeat one. A good downer ending can shock the audience and lift the film to a whole new level.

In this list, we’ll look at 15 bleak, depressing, and pessimistic movie endings.

WARNING: Every single entry is a spoiler. Read at your own risk. 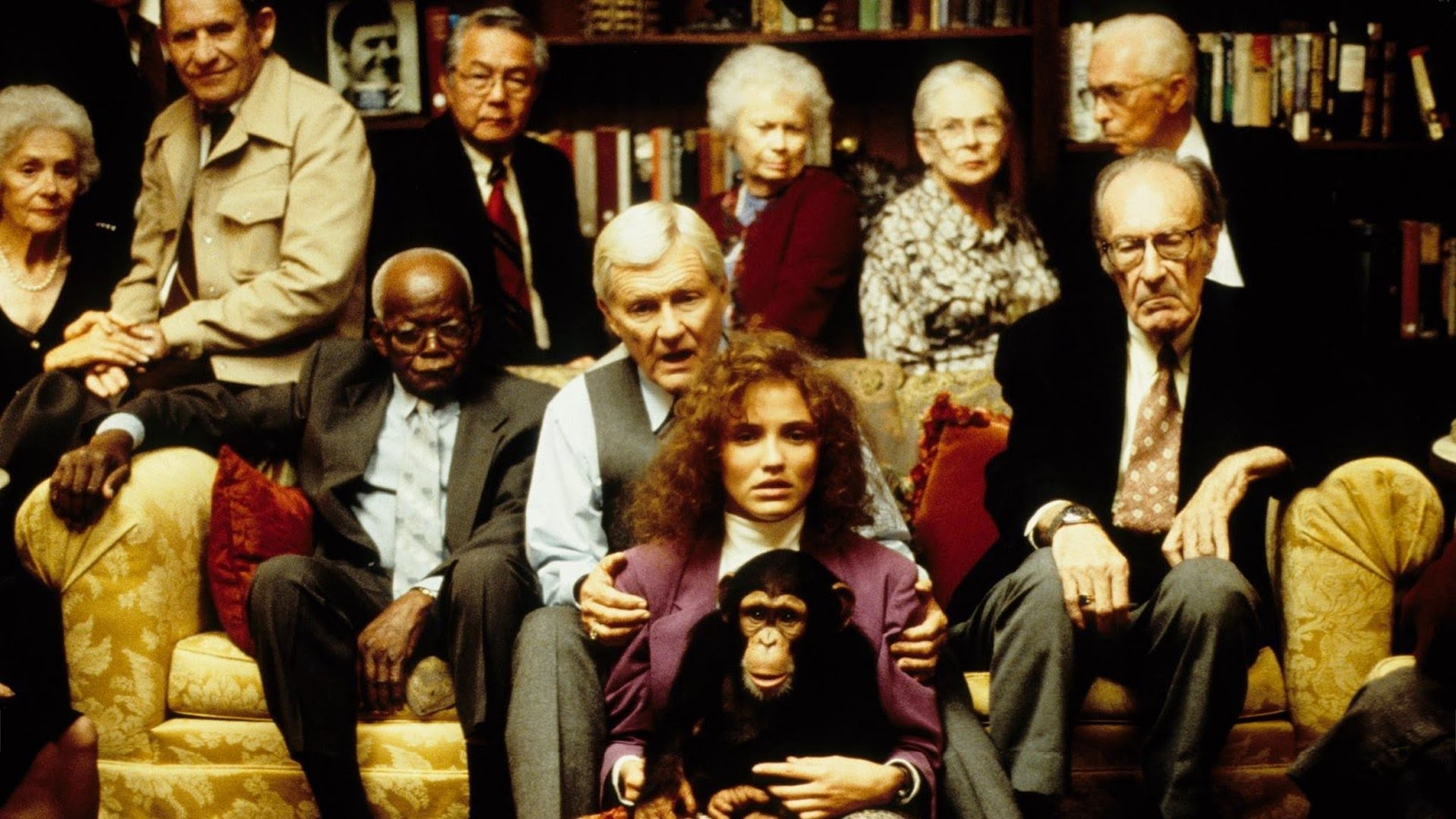 Directed by Spike Jonze and written by Charlie Kaufman, “Being John Malkovich” follows puppeteer Craig Schwartz (John Cusack) who takes a job on the seventh floor, where he discovers a small door that leads directly into the head of actor John Malkovich, who plays himself. Craig, alongside his wife Lotte (Cameron Diaz) and co-worker Maxine (Catherine Keener), begin charging $200 for others to enter Malkovich’s mind. Craig later discovers that he has the ability to control Malkovich, which makes the actor paranoid.

Lotte discovers that Craig’s boss Lester (Orson Bean) is aware of the portal to Malkovich’s mind and explains that once the person connected to the portal turns 44, it moves to an unborn child as its host. Craig stays in Malkovich’s body indefinitely and in this time impregnates Maxine. Shortly before Malkovich’s 44th birthday, Lester calls Malkovich and threatens to kill Maxine if Craig doesn’t leave Malkovich’s body.

After Craig ends the call, Lotte attempts to kill Maxine, but they fall through the portal, where Lotte reveals that she was inside Malkovich when her unborn child was conceived. Meanwhile, Craig leaves Malkovich’s body with Lester taking his place, but after discovering that Lotte and Maxine have pursued a relationship, Craig reenters the portal in an attempt to win back Maxine. Years later, Malkovich realizes he can prolong his life through Maxine’s daughter.

In the final scene, we learn that Craig has become trapped inside the portal, forced to watch Maxine and Lotte’s happy relationship through the young girl’s eyes.

What makes the film’s ending so shocking is that it’s a huge contrast to the rest of the movie, which is mostly surrealist humor. It certainly throws a lot at the audience in the last half hour, but it never feels forced or superfluous. It’s smart, funny, and highly inventive; it’s Charlie Kaufman and Spike Jonze at their best. 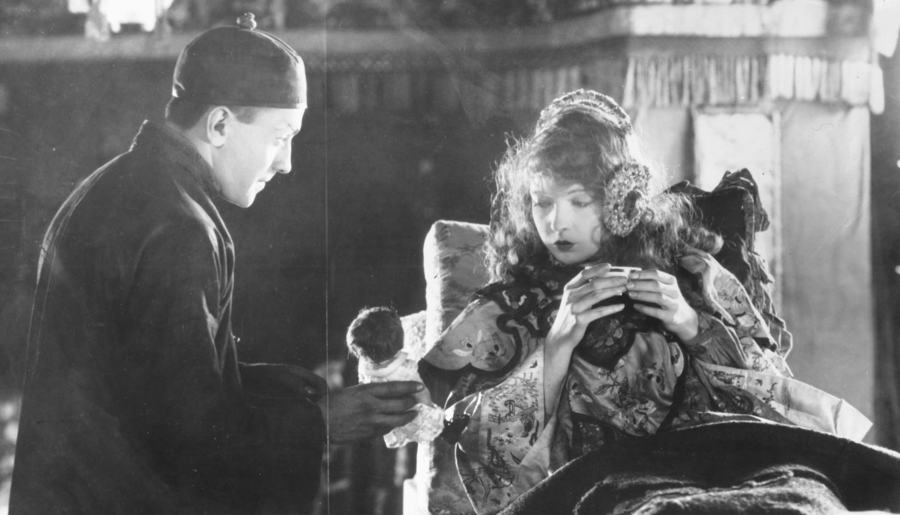 D.W. Griffith’s “Broken Blossoms” tells the story of Lucy Burrows (Lillian Gish), a teenage girl living in inner-city London with her abusive father, Battling Burrows (Donald Crisp). After being mercilessly beaten by her father, she wanders into the home of Cheng, an idealistic Buddhist missionary (Richard Barthelmess), and they immediately form a bond.

Battling learns about Lucy’s whereabouts and violently drags her back home. Lucy, fearing another beating, locks herself in a closet to escape her father’s wrath. By the time Cheng arrives to rescue her, it’s much too late; Battling has killed Lucy. In retaliation, Cheng abandons his pacifism and shoots Battling. Cheng returns home with Lucy’s body and builds a shrine before committing suicide.

“Broken Blossoms” tackles Griffith’s usual themes of injustice and racism, which are more prominent than they’ve ever been, and for a story this tragic, a happy ending would be inappropriate. A true classic, “Broken Blossoms” is Griffith’s emotionally draining masterpiece, and a film that will stay with you for a very long time.

“Y Tu Mama Tambien” is a coming-of-age story about Julio (Gael Garcia Bernal) and Tenoch (Diego Luna), two teenaged Mexican boys. At a wedding, they meet Luisa (Maribel Verdu), a woman in her early 30s. Both obviously smitten by her, they invite her to accompany them on a trip to Heaven’s Mouth, a nonexistent beach invented by the boys, an invitation that she initially declines.

However, after visiting the doctor’s office for some test results and discovering her boyfriend has been cheating on her, she agrees to join them. Together, the three of them drive through rural Mexico while discussing sex and philosophizing about life, manhood, and politics, and having petty arguments. These discussions are comedic at times but always have hidden dramatic depths.

Toward the end of the film, by chance, the trio find a secluded beach where they stay with a local family, while Luisa phones her ex-boyfriend to give him a proper farewell. That night, the trio have drunken sex; the next day, put off by the events of the night before, they decide to return home, but Luisa stays behind to take in more of the scenery. Eventually, Julio and Tenoch stop seeing each other.

The film jumps ahead one year later, Tenoch and Julio are sitting in a cafe and catch up on their lives. It’s awkward and uneventful until Tenoch informs Julio of some bad news – Luisa is dead. She had cancer, which she kept hidden from the boys, and died on the beach shortly after they left. After this, Tenoch leaves the cafe while the narrator states that Tenoch and Julio will never see each other again. The film closes on Julio quietly sobbing to himself at his table, barely able to ask for the check.

The ending of “Y Tu Mamá También” is more than a cheap plot twist; in fact, it deepens the meaning of the entire film. As the film progresses, Julio and Tenoch mature and do so in a way that’s both realistic and honest.

Throughout the film, our three main characters do many things on the spur of the moment, and when the film ends, the audience realizes that Luisa acts out of character as a way to cope with her impending death, and when Julio learns about Luisa’s death, he’s hit with a startling realization: life is short. It’s a difficult fact to accept, but one that’s very important to understand.

Charlie Kaufman’s film debut is a postmodern dramedy focusing on Caden Cotard (Philip Seymour Hoffman), a theatre director who’s dissatisfied with life due to serious ailments and a cold relationship with his wife (Catherine Keener), who leaves him for a better life. Caden pours all his grief into an elaborate stage show in which a cast of actors live out their own lives inside a mock city located in an enormous warehouse.

After many years, the warehouse expands while the real city begins to deteriorate, as Caden becomes so involved in his play that the lines between reality and fiction begin to blur. Eventually, Caden allows an actress (Dianne Wiest) to take over his role as director.

Caden spends the rest of his days living in an apartment in the warehouse; meanwhile, an unexplained apocalyptic event has occurred, killing nearly everyone in the warehouse. Caden lies on a park bench and prepares for death while stating that he finally knows how to end the play. The director gives him one last cue: die.

The film is an allegory for life itself, portraying life as a play within in a play (“All the world’s a stage, and all the men and women merely players”) and focuses on the inevitability of death, which is never more apparent in its ending. 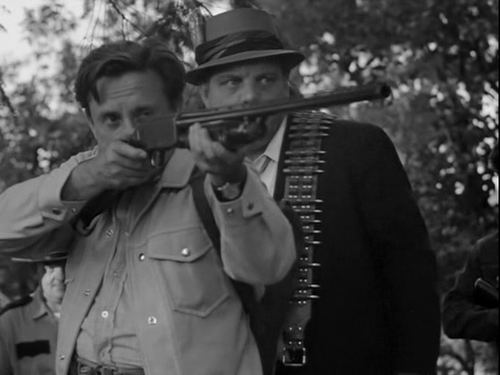 While there have been zombie films before “Night of the Living Dead”, this was the first to portray zombies as the now standard undead, flesh-eating cannibals. The film ushered in many imitators and every zombie film released since owes something to it.

The film follows seven strangers hiding from a large group of reanimated corpses in a small farmhouse. Throughout the night, several principal characters are killed; the only character to reach the end is Ben, a black man. The film ends with a crew of armed men shooting him, mistaking him for a zombie (or maybe it’s his race).

At the time of its release, “Night of the Living Dead” was marketed as a B-movie, a genre that attracted youth, and because a rating system was not in place yet, they were free to purchase tickets for the film. Audiences at the time didn’t know what hit them; a horror film with such a terrifyingly downbeat ending was unheard of. Today, even with all of its imitators, the film’s ending is still as shocking as it was upon its initial release due to both its nihilism and its hard-hitting and relevant social commentary.

Robert Altman’s self-described “Anti-Western” focuses on John McCabe (Warren Beatty), an aggressive gambler and rumored gunfighter who runs a brothel in a small town alongside Constance Miller (Julie Christie), an opium-addicted prostitute. Their business is a resounding success until three bounty hunters are sent to the town by a large mining corporation to kill McCabe after he refuses to sell his business.

The film ends with a gunfight between McCabe and the bounty hunters. During the fight, a fire breaks out in a church and the townspeople rush to extinguish it.

McCabe kills the bounty hunters, but is mortally wounded, and because the town is busy fighting the fire, nobody comes to his aid and he is left to die alone. Meanwhile, Mrs. Miller drowns her sorrows in an opium den, attempting to cope with the chaos around her.

The film’s ending brilliantly subverts the cliches of the western genre, which commonly ended happily for the protagonists, who are treated more realistically than the average western hero, which makes them more relatable and makes the ending all the more shocking.

“The Grey Zone” is a film about the Holocaust that follows a small group of Sonderkommando (Jews assigned to dispose of the bodies of dead prisoners), who are plotting to destroy the crematorium to which they’ve been assigned.

After the gassing of a large group of prisoners, one of the Sonderkommando, Hoffman (David Arquette, in a surprisingly good performance), discovers a young girl alive in a pile of bodies. Hoffman vows to save the girl and hides her in a storage room.

The Sonderkommando successfully destroys the crematorium, but are captured by the SS, who intend to execute them while forcing the girl to watch. After all the Sonderkommando are dead, the SS permit the girl to flee the camp; however, the audience’s expectation of a hopeful ending is quickly shattered when commander Erich Muhsfeldt (Harvey Keitel) draws his handgun and shoots her before she can make it to freedom.

“The Grey Zone” pulls absolutely no punches in its portrayal of the Holocaust. It never tries to manipulate the audience with cheap sentimentalities like many Holocaust films tend to do; it very directly portrays the Holocaust, so for it to end any other way would be unrealistic.