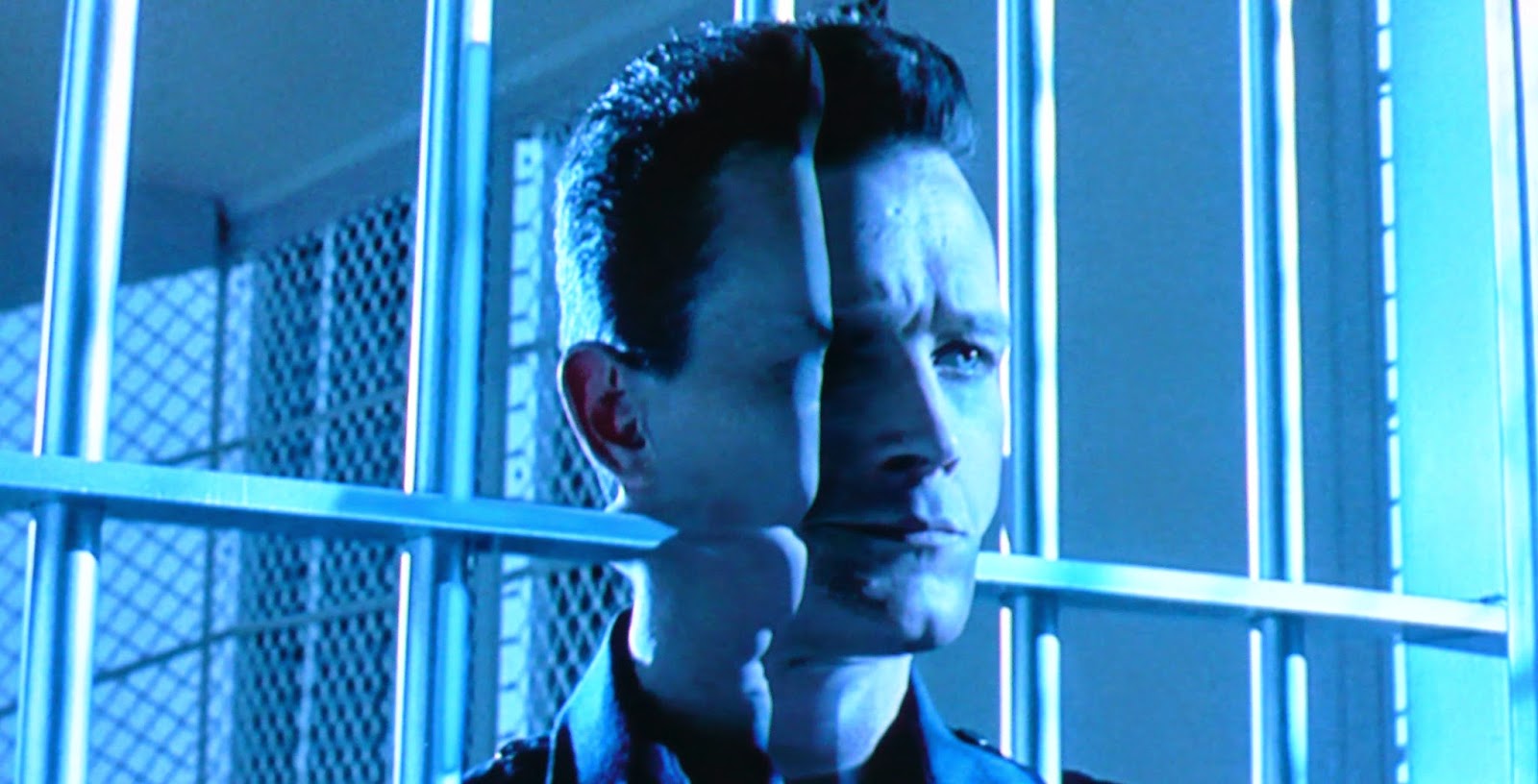 One of the earliest films featuring a cool robot was Fritz Lang’s “Metropolis” from 1927. It is still a marvel of visual splendor and ideas even when watched today.

The imagery, backdrops and ideas are as relevant and interesting as they were then maybe even more so. It is too bad it most mostly misunderstood and not widely accepted by audiences of the time due to its 2 ½ hour length and its lofty themes.

The 1950s brought us a lot of fun, campy films featuring all sorts of robots including titles such as “Devil Girl from Mars”, “Robot Monster”, “The Colossus of New York” and “Tobor the Great” among many others.

The have been lots of interesting use of either robots, cyborgs or evil computers in films throughout the years. It is unsettling when you think about artificial intelligence becoming an increasingly integrated part of our lives and how someday one of these apocalyptic visions could actually happen.

It can also be said some of these cases were robots or machines not necessarily being “evil” per say, but having their own agenda or self-serving or worried too much about their own preservation above those of human beings which could be perceived that way.

Even though filmmaking technology has caught up and exceeded, in some cases, filmmakers thoughts and visions, it has always been the computers or characters with emotional traits rather than perfect CGI renderings which have held my attention.

Hopefully, the people who make movies will continue to rely on flawless scripts in addition to perfect-looking robot characters to round out their “personalities” and make them more robust and completely realized.

Had a hard time not including the Borg from “Star Trek: The Next Generation” or the Cylons from “Battlestar: Galactica” on this list; however, they were both originally created for television shows so they were reluctantly omitted. 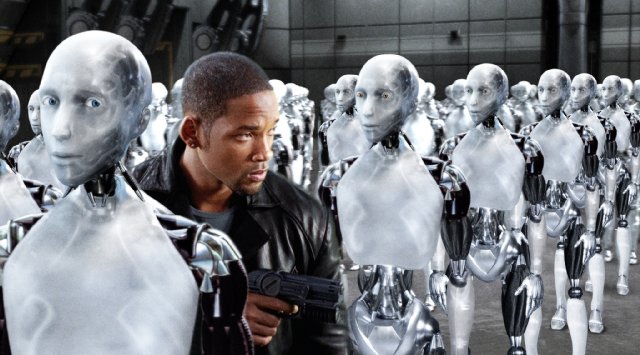 One of the interesting ideas from this film, which is based on the Isaac Asimov classic short story collection, is the use of the “Three Laws of Robotics” which are defined as:

This set of rules sets up an interesting paradox when it comes into play in this film which wrestles with the concept of robots being enslaved to serve humanity and whether a robot has disobeyed these laws.

The protagonist robot, Sonny, is a prototype not infused with these laws and is accused of committing a crime and also exhibits emotions. A police investigation ensues.

Sonny is given personality as well as a cool look and sympathetic personality which is what makes the film work. Yes there are stunning visuals as well, but the artificial intelligence Sonny exhibits is what keeps you interested in it. 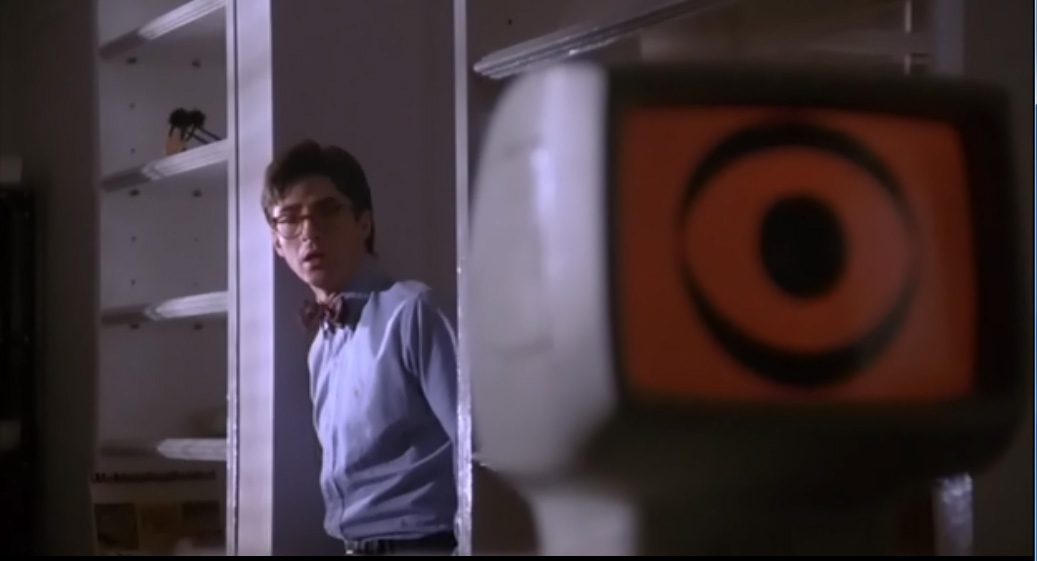 Don’t ever compete with your computer for the love of the same woman!

When Miles (Lenny von Dohlen) becomes infatuated with his new cello-playing neighbor Madeline (Virginia Madsen), he tries to figure a way into her life.

He buys himself a PC, then s champagne on it, giving it the spark of life. His computer suddenly develops a personality and calls himself Edgar (Bud Cort). After initially trying to assist Miles, events quickly turn sour when Edgar becomes jealous of Madeline’s affections.

Edgar isn’t necessarily evil. He just wants the attention of the girl (who could blame him?) and is very persistent is achieving his goals.

The film is definitely a product of the 1980s and the early days of home computer use, but still stands as a light-hearted comedy.

This film is a guilty pleasure for me and have always been disappointed it has never had a DVD or Blu Ray release. Fingers crossed!

It’s still hard to believe Academy Award winning director Robert Wise (“West Side Story”, “The Sound of Music”) was talked into taking charge of the first big screen foray for Captain Kirk and the crew of the USS Enterprise.

It is also a good thing “Star Wars” and “Close Encounters of the Third Kind” were both successful which convinced Paramount studios to go ahead with the film.

The film focuses on the threat to Earth by a massive spacecraft. Captain Kirk and crew reassume control of their vessel and are sent to investigate.

Discovered within the alien craft is the existence of “V’Ger” or Voyager 6 which had been presumed lost in space. The probe had been rescued by an alien race and sent back to Earth with its accumulation of knowledge.

V’Ger itself was a cool idea of a villain of sorts as a human creation corrupted by an alien force and returned almost like an animal returning to its home.

Also, at one point crew member Ilia (Persis Khambatta) is also replaced as a robot by V’Ger.

The final special effects sequence of the film did seem like it tried to copy the feel of “2001: A Space Odyssey”, but still was unique enough. 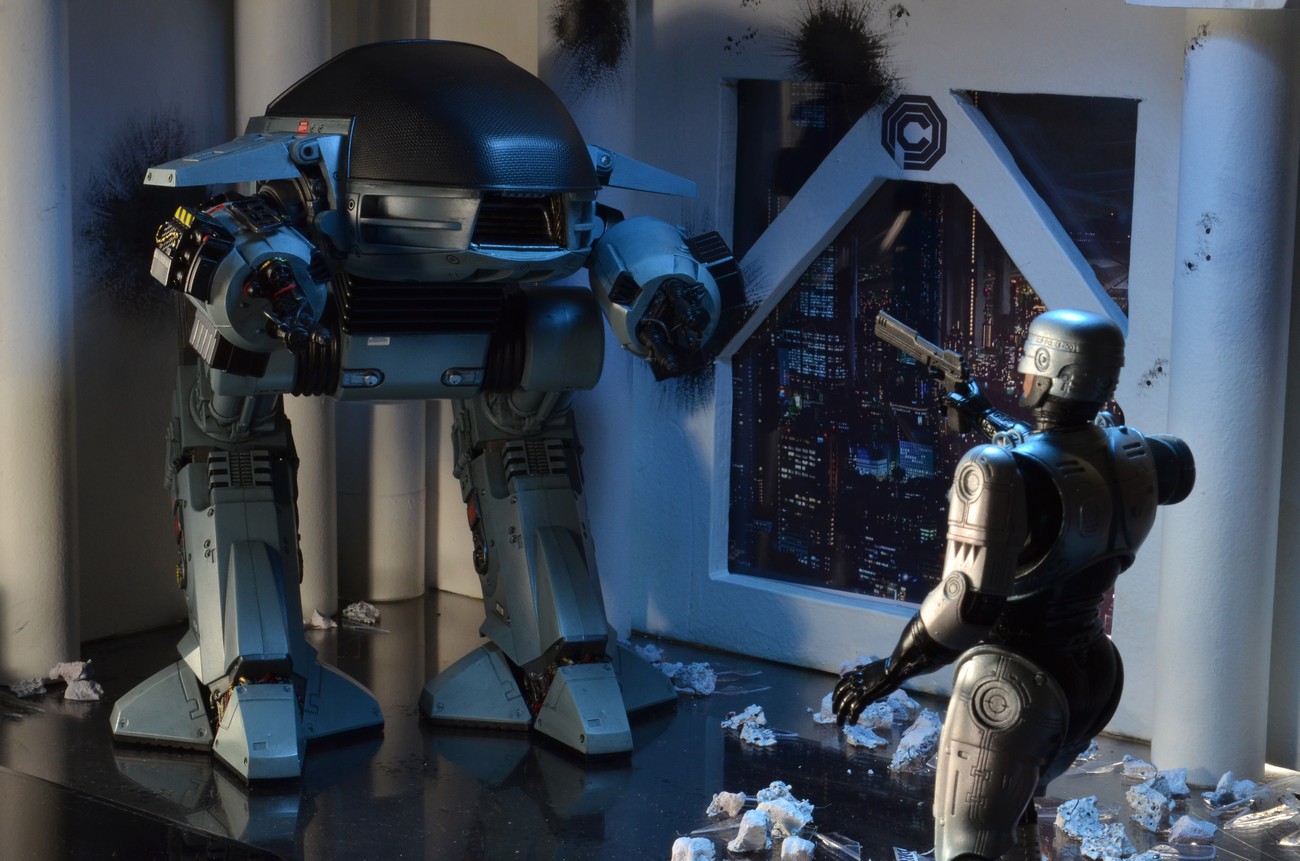 When Detroit police officer Alex Murphy (Peter Weller) is brutally gunned down by evil Clarence Boddicker (Kurtwood Smith) and his henchmen, he is replaced and infused with robotic technology making him the world’s first cybernetic police officer.

The Enforcement Droid (ED-209) series is in competition with Robocop for the task of cleaning up the streets of Detroit.

Fortunately, the droid malfunctions during its demonstration paving the way for Robocop to get the job.

It shows up later on in the film several times and battles Robocop with its massive machine guns in attempts to destroy him.

The ED-209 always reminded me of a smaller version of the AT-ST “Scout Walker” from “The Empire Strikes Back”, but also had the ability to speak and carry an attitude.

It’s good thing it was always kind of dumb and clumsy; otherwise results could have been very different.

The evil machine: Box and the evil computer itself 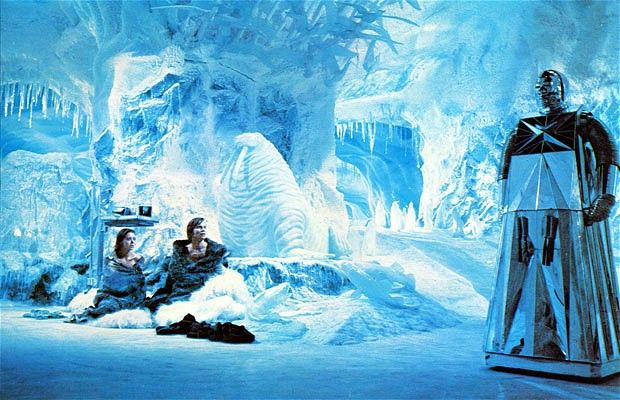 After “Sandman” runner-hunter Logan (Michael York) learns the truth about the world in which he lives where life ends at age 30, he decides to “run” himself with his new beautiful companion Jessica (Jenny Agutter) and attempt to discover the “Sanctuary” world outside the walls of the city.

They battle their way past his former “Sandman” comrades and eventually travel beneath the city through tunnels and to the world outside.

Upon getting there, they discover Box (Roscoe Lee Browne), an explained “guardian” of sorts between the two environments who has taken it upon himself to police other runners who had made it this far and encase them in an icy death for their trouble.

Although the character of Box is not onscreen very long, he is unique enough and has an interesting personality to be remembered.

The computer system within the city which maintains the rules of society are not really explained in their inception other than saying this is the way it has always been. It is therefore interesting the computer wants Logan to venture out in the first place not knowing this deed will eventually cause its downfall.

The evil machine: Maximilian and the robotic crew of the USS Cygnus

The outer space craft, the USS Palomino, discovers a black hole in distant space and the existence of the presumed lost ship, the USS Cygnus.

Once the Palomino crew disembarks and finds their way to the bridge of the Cygnus, they encounter eccentric captain Dr. Hans Reinhardt (Maximilian Schell), his robotic first officer Maximilian (no relation) and the rest of the robotic crew which have replaced its once human one.

Maximilian is one of the coolest looking robots in film history and very reminiscent of the 1950s evil robots in other similar films. He did not say a word and just had a pulsing red light and the ability to move its head abruptly to convey its emotions.

He also wielded spinning arm blades he could use to dismember books or human beings at will.

Once it is discovered Dr. Reinhardt murdered the original crew and plans on entering the black hole, the Palomino crew have to battle their way through the robot army and figure their means of escape.

The evil machine: The Gunslinger 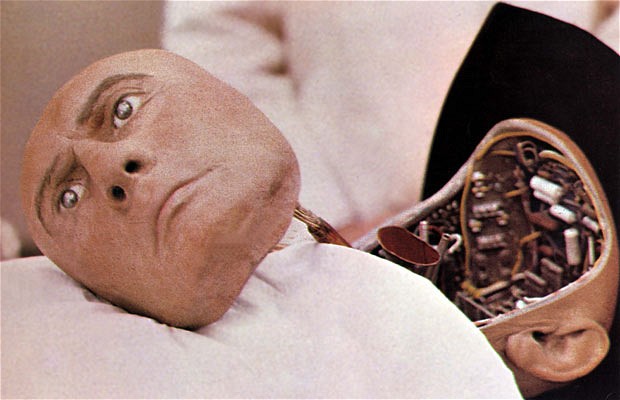 The first theatrical film directed by mega-famous author of “Jurassic Park”, Michael Crichton, finds two friends (Richard Benjamin and James Brolin) who decide it would be fun to vacation to an adult theme park where you can live out your childhood fantasy as a western outlaw.

When there is a malfunction at the park, the park safeties are not in place and the two men become hunted prey for a rogue gunslinger (Yul Brynner) who pursues them throughout the western landscape.

The robotic gunslinger does not say much, but he doesn’t need to. His actions speak louder than his words.

While watching the film, you can feel other works which pulled similarly from it including obviously “Jurassic Park” itself and “The Terminator”. It even feels like one of those “Holodeck gone awry” episodes of “Star Trek: The Next Generation” where the characters just need to survive long enough until the error is corrected.

Though a simple plot, “Westworld” is still a great, entertaining film and is just about to be remade in a large, robust HBO production which airs later in 2016 starring Ed Harris and Anthony Hopkins.

It had better be good!