This is a very profound love story shot more than a decade ago by Kim Ki Duk. Tae-Suk is a lonely young man who only owns a motorcycle. He sticks flyers on people’s doors and later the day if the flyers are still there, he breaks into the house and lives there for couple of days.

However, he doesn’t steal anything; rather, he cleans the house, washes the dishes, and fixes if something is broken. One day, he goes into a luxury home where he thinks he is alone. He doesn’t notice the hostess, Sun-Hwa, a top model, who is abused by her husband.

Soon after the husband comes back, he tries to hurt Sun but Tae-suk beats him with a golf club and saves her. After that, they go from house to house together. They have a very unusual love story, as they don’t talk during the film.

After breaking into one old man’s house, they find him dead, and that’s when problems begin and Sun-Hwa is forced to go back home. But Tae-Suk does not forget him and aids her in the final part of the film. It is very similar to Antonioni’s “Blow Up”, as both directors use a specific method to let us question reality, Antonioni uses a tennis ball, Kim uses a golf ball.

This is a simple story about a donkey and the hard life he has to deal with. Shot by Robert Bresson, it is still kind of strange as we see the life of a donkey, but it’s just a metaphor and a symbol to see how brutal humans can be. While Balthazar was still small, people treated him as a pet, but as he got bigger, he became an average farm animal.

The film follows Balthazar from birth to death and is a quite heartbreaking story, because of how a donkey, probably one of the dumbest animals, accepts the life it is given.

During the course of his suffering, Balthazar has many owners; first it was Marrie, who gives him the name. However, due to Marrie’s problems, Balthazar goes to the property of a local baker, whose son abuses Balthazar. One day he faints and they consider putting him down, but a local town drunk, Arnold, saves him. Soon he is in the possession of a local circus, as a donkey who can solve mathematical equations. But soon the donkey goes back to Marrie and his father.

The genius of Bresson is that he makes us see things from the eyes of a simple, dumb donkey, but there is not a single scene where you can see visible reactions from Balthazar. The donkey simply just walks, waits and obeys orders.

David Lynch is quite obviously one of the best surrealistic directors of all time, including his mastered skills of interpreting the darkest sides of a human mind.

“Mulholland Drive” is not a film you would watch on a Saturday night with your family. The two main characters are Betty and Rita. Rita has amnesia, so Betty helps her to piece her life together. As the film progresses, Lynch introduces us to other characters, but there’s not really any plot in the summary; the movie is quite hypnotic and it may seem very hard to follow. One thing leads to another, but it’s a dead end.

There’s no adequate reason for anything to follow logically during the film. There are many dream sequences, and most probably “Mulholland Drive” is all a dream. One must ditch his logic, just to ensure his mind is not blown from the movie plot. Picking out individual scenes from the movie can also be emotional, but sticking them back does not make any sense. 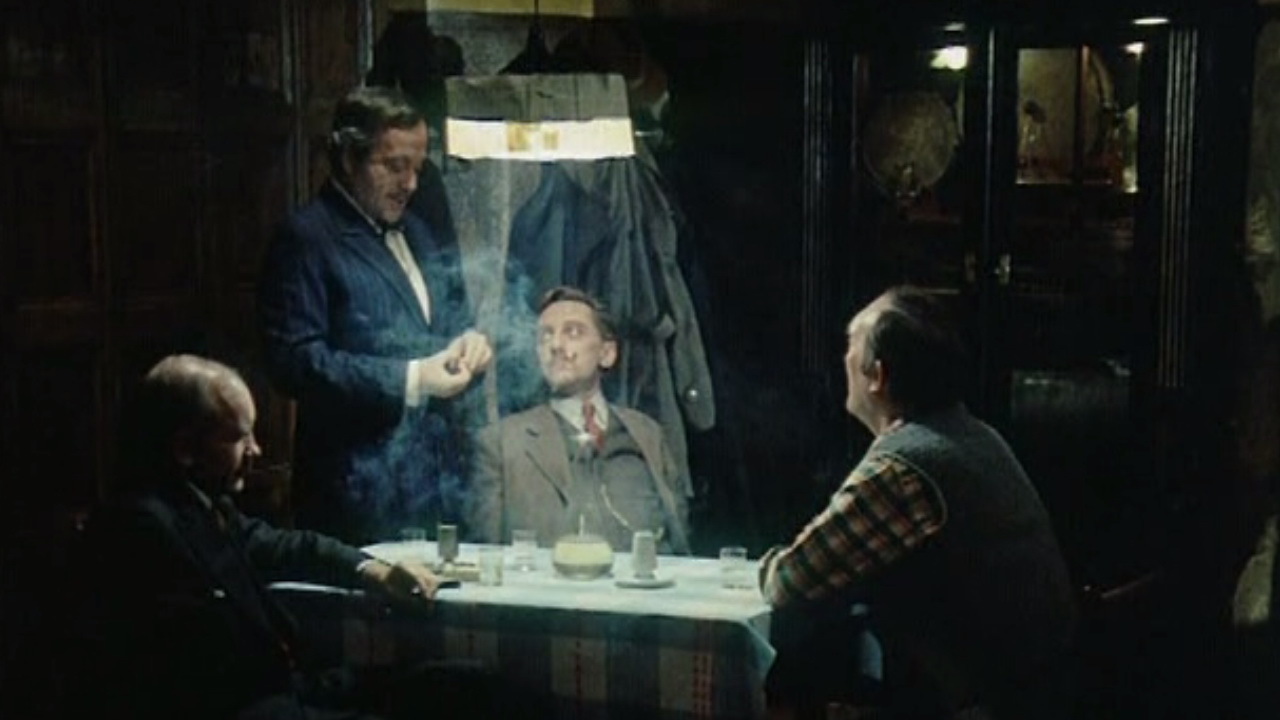 “The Fifth Seal” is a Hungarian masterpiece shot by Zoltan Fabri, which won the Golden Prize at the Moscow Film Festival. This is Fabri’s second film based on Ferenc Santa’s novel. Santa himself is also the writer of the screenplay for this film. The film is set in Budapest, during the Nazi occupation, but instead of the swastika, the symbol is changed into a strange cross, which is on the Nazi soldier’s uniform.

It is considered for the viewer to have read the bible, because the title of the film is directly taken from it. When he opened the fifth seal, I saw under the altar of the souls of those who had been slain because of the word of God the testimony they had maintained. (Revelation 6:9)

The film is divided into three parts. The first part is when characters talk in the bar, the second is when they are out of the bar, and the third is when all of them are put in an extreme situation, where they seemingly reverse their earlier decisions. This is the kind of film where one must rethink his or her life choices.

Nuri Blige, a world-class filmmaker from Turkey, won the Palme d’Or for this film. “Winter Sleep” is much like a European art house movie. Aydan is a retired theatrical actor who runs a hotel with his much younger wife, Nihal, in Anatolia. The screenplay is based on Anton Chekhov’s short story, “The Wife”.

Aydan and Nihal don’t have a healthy and harmonic relationship; Aydan’s sister, Necla, is also suffering from a recent divorce, and as the winter comes and snow falls, the hotel turns into some kind of shelter. The film is mainly about love, religion, loss and many things that correlate in the human mind.

Almost three hours long and very slow paced, hopefully the passage of the movie doesn’t make you fall asleep, but moreover, the camera work and editing fits in perfectly with the esthetic side of the hotel and environment and interior itself. The characters feel isolated from the rest of the world, which causes their alienation and estrangement towards the tourists that come to stay at the hotel.

This film is the last from Roy Anderson’s trilogy (“Songs From the Second Floor” and “You, the Living”). Anderson is a surrealistic director, period. His movies don’t have any plot in them, but they have several main characters. In this one, we have Jonathan and Sam, who sell novelty items, but are not good at it because they seem so shy.

Soon, Jonathan, who is teased and abused because of his sensitivity, starts thinking deep down that something is wrong with his life, and that’s when things change that lead to problems with Sam. In the very beginning, death seems so small, and Anderson makes it look easy.

The film is filled with surrealistic and not quite logically approved scenes that lead to nothing, and may not really fit in, but the black humor that Anderson has mastered is the main vibe, and the music itself plays a quite important role as the film progresses, as it makes the film easy and pleasurable to watch. 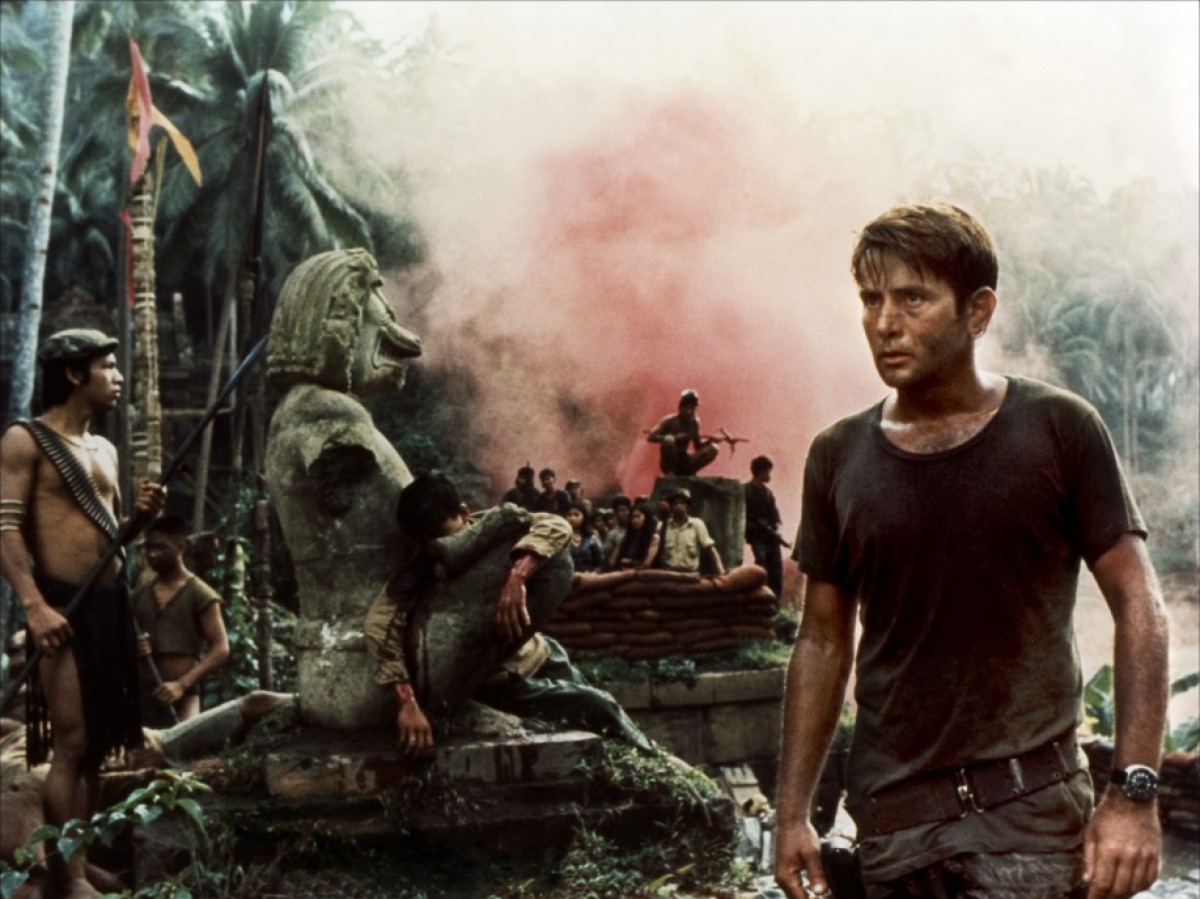 Francis Ford Coppola’s film about Vietnam made a huge impact back in the late 70s, as the war in Vietnam was the biggest thing going on in America; even civilians didn’t support this meaningless war, which ended in a total fiasco. Coppola said, “My film is not a movie, my my film is not about Vietnam, it is Vietnam. It’s what it was really like.”

Marlon Brando’s character, Colonel Walter, clearly shows the truth about Vietnam and what it was really like there. People went crazy, they had too much money, too much equipment, there were just too many of them and they kind of hypnotized the Vietnamese, as Walter was like a god in the village.

Existentially as it may seem, the idea is that Walter went crazy because of this war, he couldn’t truly realize what was happening and why he was obeying the rules.

The film is two and a half hours and we hear things about Walter, but only see him until the last 30 minutes. On the other hand, the film criticizes the war itself. The generation of that war was considered very mentally unstable, making their lies useless, as many of them committed suicide. Brando’s character represents the pain of the whole nation in those days.

This is probably Ingmar Bergman’s best film, which haunted 20th century cinematography as it was a whole new level in filming, not only by it’s screenplay, but the camera work as well.

This medieval passage opens and ends with the words from Revelations: “When he broke open the seventh seal, there was silence in heaven for about half an hour.” Morality, death and existential dilemmas are Bergman’s main themes here.

Knight is literally playing chess with Death itself. The story tells us about this knight, Antonius, and his squire Jons who have returned from the Crusade to Sweden. Death confronts the Knight by playing a simple game of chess. Antonious can’t forgive himself for the suffering and death he has caused to the innocent in the Crusades, which is why he can’t really find peace.

We also meet a simple man called Jof and his wife, Mia. These names immediately remind us of Joseph and Mary. The film questions God’s existence, or rather, Knight questions the existence of God, and Knight confesses to the death itself, but even his death does not give him peace.

Author Bio: Sandro Sanaia is on his second year at the Tblisi State University studying Journalism. He’s also an intern in a local Television. Apart from films, He enjoys music and books.