Overshadowed by literally every single feature Denis Villeneuve released in the past six years, “Enemy” is one of the most underrated movies of the decade. It tells the story of Adam (Jake Gyllenhaal), who upon spotting his lookalike in a movie, sets out to find out how and why is there someone who looks exactly like him.

Anthony, the actor, is much more impulsive and much less interested in the philosophical aspects of their duality. Where Adam saw an interpretation of Hegel, he sees opportunity for blackmail. What happens later can only be described as a mind-bending thriller. Not only do we switch between dreams and reality, often we are left unsure whose dreams we’re seeing in the first place. Even more, there is some evidence that would suggest every bit of the movie was, in fact, a hallucination.

And surely, a movie in which the viewer can’t even be sure of how many different people played by Gyllenhaal deserves a mention on an identity crisis list, and will surely scratch whatever itch David Lynch has left behind in his recent absence.

7. The Temptation of St. Tony 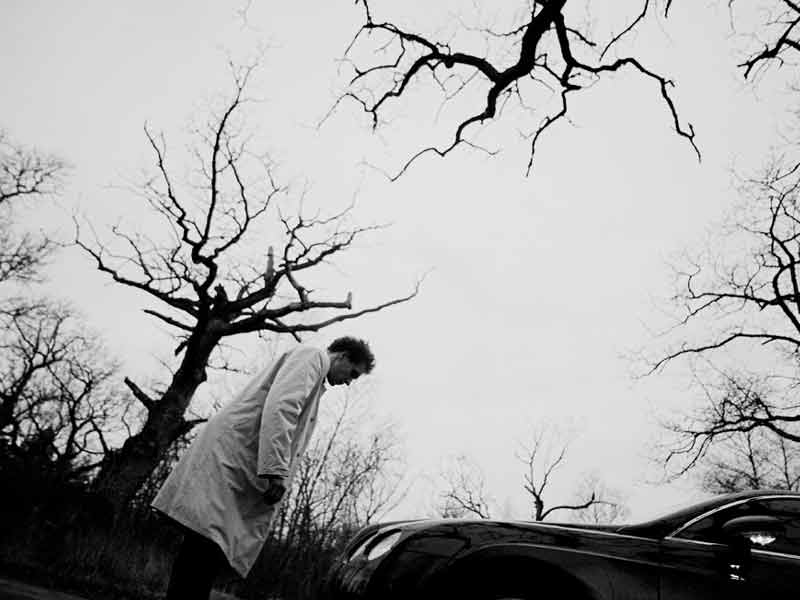 The little-known Estonian picture is as eerie as movies get. Tõnu (Taavi Eelmaa) is mid-level manager who suddenly feels unable to live his tidy, calm life anymore. His slow but assured rejection of his former lifestyle leads him to a strange and cult-like community, living in the shadows of the city.

The black-and-white film clearly has Lynchian and Tarrian undertones, but Veiko Õunpuu manages to use his influences without making his own movie into a tribute to them. The director sends the man in an existential crisis on a quest to destroy his own identity in a horrible landscape of cannibals, possessed priests, and demented mobsters. It also features a singing Denis Lavant, which is never a bad sign.

6. It’s Such a Beautiful Day

Don Hertzfeldt’s only feature, comprised of three short movies, touches on so many subjects that pinning it to a specific genre is almost impossible. One of the prevailing themes is, however, that of Bill’s sick psyche. Facing a task of retaining at least parts of what he used to call life, Bill returns to the past, travels to the future, and daydreams continuously.

“It’s Such a Beautiful Day” is, among other things, a message of hope. And while Hertzfeldt doesn’t exactly believe his character can ever truly be fixed, he sets him up for a new and different life. After all, the second of the three shorts is called “Everything Will Be Ok”.

What is there to say about “Persona” that hasn’t already been said? The genius Ingmar Bergman manages to focus on two different characters having an identity crisis at the same time. In fact, the very title of the movie suggesting one person, even if two actresses are credited on every poster, is already a clue as to what the causes and effects might be of their collective crisis.

Nurse Alma is put in charge of Elisabet, a famous actress who refuses to talk. Soon she starts mistaking their quiet days for friendship, and opens up to Elisabet.

Yet the latter isn’t as sympathetic as her nurse would have hoped, and soon the two-person rivalry switches sides – it is not Alma, but Elisabet that has the other at her mercy. Not only that, but while passively giving herself to Alma and her ideas, she has started to submerge Alma. These are two women try to escape their anguish by destroying the other.

What sets Scarlett Johansson’s unnamed female out of the other characters on the list is the simple fact that she must create and not recreate her identity. As an alien roaming this earth looking for lonely men she can seduce and then use, she has no sympathy, no love, and no anger in her. She kills without batting an eyelid and could not care less for others around her suffering.

But the more time she spends among humans, the more conflicted she seems. She drifts out of the story, perhaps even leaving her mission, traveling into a psychedelic trip instead. Whatever Johansson’s character’s thoughts are (and we are left to wonder), it is clear she feels something.

It may be argued that “Under the Skin” is heartbreakingly sad (with evidence stacked in favor of such claim), and yet despite its ending, the movie seems fixated on the idea of a prevailing worth in emotions, in compassion, in humanity. Which makes it one of the most positive entries here.

While it may be the least well-known film of Roman Polanski’s apartment horror trilogy, “The Tenant” is surely the best at deconstructing its character. In it Polanski himself acts as Trelkovsky, a new tenant in the apartment of a girl who recently tried to kill herself. In one of his darker, more drunk moments he asks: “Chop my head off… What is it then: me and my body, or me and my head. What right does my head have to call itself me?”

This idea correlates not only to the idea of cinema as a prison of its characters, but that of being unable to find the core of oneself. Trelkovsky spends his days in the hellish apartment living through the eyes of the previous tenant. He tries to comprehend her and thus loses himself.

Polanski’s genius is juxtaposing a living human with an empty void of someone who is but the remains of a failed suicide – broken, faceless, voiceless. And this void, not the external forces, is what ultimately is the real stimulus for the decomposition. Trelkovsky’s consciousness fades precisely because of its need to position itself opposing the suicidal emptiness.

David Lynch’s version of “Sunset Boulevard” is harrowing for several reasons. Firstly, as ever, the “Twin Peaks” creator leads us down a maze that’s almost indecipherable after one viewing. A maze that includes some of the scariest scenes ever put on film, and a story structure that somehow manages to both mess with your brain and play like an edge-of-your-seat thriller.

But secondly, the director switches a fame-crazed film star of Billy Wilder’s satire into a desperate nobody. The disillusion in “Mulholland Dr.” is most striking because it’s so total – no aspect of what Naomi Watts’ character stays unturned – but also because it’s so absolutely meaningless.

The crisis is not led by external tragedy (even if there have been many), but by the lust for being something else. And while our protagonist herself is left without answers, we can piece her together in one stunning scene after another.

One of the most memorable scenes in Charlie Kaufman’s masterpiece is the introduction of a perpetually burning house. Hazel, the character wanting to buy it, admits she’s scared of dying in the flames, to which the consultant replies that it’s understandable to worry about where one will die.

This obsession with death is what “Synecdoche, New York” is truly about. Caden, a theatre director, concerns himself with death so much that every action he takes is geared towards death. His magnum opus, the life-size play of his own life, starts taking up blocks of people and years of time to prepare, never really amounting to anything for the simple reason that it would mean the end – which is death.

Eventually, his focus on death overtakes his life so much that parts of it start hanging loose as if completely unrelated to one another. He tries to play the director, the servant, the actor, all to give a sense to his finite existence. Caden is the finest example of an identity crisis there is – losing himself,  not realizing where, who, or what he is, lost not only between dreams and reality, but between living and dying.