Focusing on male relationships no longer means telling a tale of the love that once dared not speak its name. Nowadays there’s a whole new category for stories about platonic male friends. I’m speaking, of course, about the bromance, and all its permutations, not only in this decade but decades past. Below is my list of top 15 movies of the best bromances the movies have brought us. 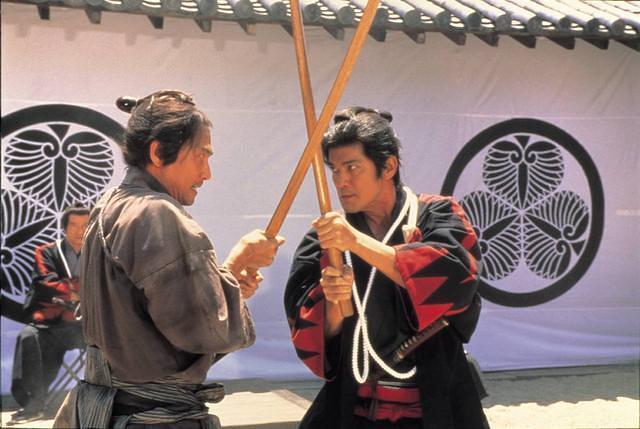 In 19th century Japan, two samurai form a bond during the last turbulent days of their way of life. One of them, Hajime Saitō (Kōichi Satō) is a harsh, fiercely proud killer, while the other, Kanichiro Yoshimura (Kiichi Nakai), is a poor country samurai who is forced to leave his family and come to the city to provide for them. Both of them are fierce fighters and warriors who come to very different ends.

Kanichiro in particular has to fight for respect, as he takes every opportunity to grab extra money to feed his starving family. The sword fights are as wonderfully rendered as the quieter scenes, especially those with Kanichiro and his family, as are the various ways all the characters interact in a society guided by honor and duty, sometimes to the detriment of life itself.

And in a time and place that’s often as romanticized as King Arthur’s, it’s especially refreshing to see it portrayed so realistically, with such a friendship for a center.

A friendship between a guy and his dealer can be a good thing, albeit subject to a few pitfalls. Seth Rogen is the stoner Dale Denton, James Franco is the dealer Saul Silver. Dale is the one more reluctant to befriend Saul, but they both go on the run after Dale witnesses Saul’s supplier commit murder.

Soon they have to dodge crooked cops, a few good ones, and a few hired guns (Craig Robinson and Kevin Corrigan) who’ve been tasked with bringing the duo in. Even if Dale and Saul’s friendship follows a predictable arc (the bonding, the breakup, the renewal), it’s the journey there that proves both hilarious and heartfelt. 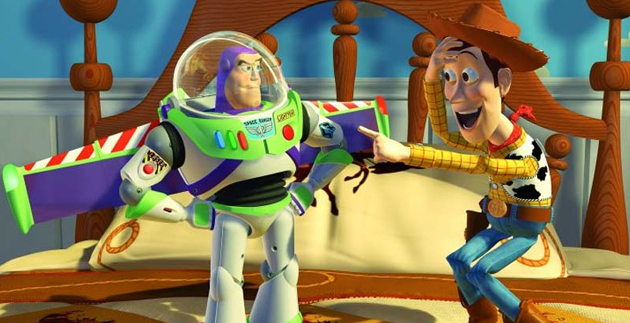 This is a bad bromance gone good, as only Pixar can provide. The movie first introduces us to a kid named Andy, but soon reveals that its main characters are actually his toys. Woody (Tom Hanks) is the cowboy doll who is our hero, and the toys’ leader. He is well-meaning, but also selfish, vain, and controlling after so many uninterrupted years of being Andy’s most prized possession.

It’s a bad combination that brings out the worst in him after Andy gets a new toy that soon becomes his favorite, Buzz Lightyear (Tim Allen), a cool spaceman action figure. They are predictably thrown into an adventure that creates and cements their bond, but it just happens to be precipitated by Woody trying to eliminate Buzz.

Really, watch this again and prepare to be shocked that a kids’ movie manages to pack in such dark themes. This is the first full lenghth Pixar film, and soon to be followed by a number of hits that revolutionized movies and how they were made, all while giving audiences great entertaining food for thought. 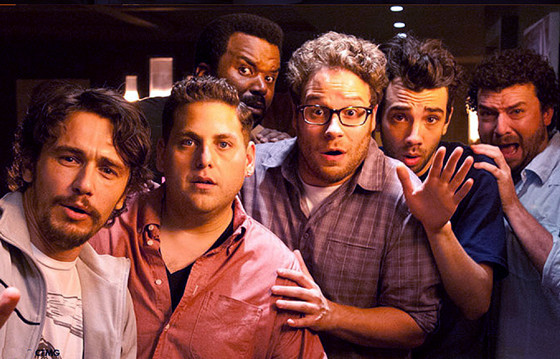 Celebrities playing (versions of) themselves! And not the desperate, has-been kind. Practically all of entertainment’s household names gather for a party at James Franco’s house, which actually looks like a lot of fun until disaster strikes and a lot of them start dying. And not the minor celebs.

Big names, like Rihanna, Jason Segel, Aziz Ansari, Kevin Hart, and a hilariously debauched Michael Cera. Soon, Jay Baruchel, who has been contemplating ending his longtime friendship with Seth Rogen, finds himself awaiting rescue with him, Danny McBride, Jonah Hill, Craig Robinson, and Franco inside the actor’s home. While there, they indulge in their usual drug-fueled party antics, make a homemade sequel to another entry on this list, “Pineapple Express,” and go through plenty of bromantic moments as well as breakups.

“This Is The End” keeps the surprises coming and the audience sympathy in spite of the actors’ narcissistic antics. The movie even manages to keep the focus on Seth and Jay’s relationship despite the infamous closeness of Franco and Rogen, the onscreen duo we’re used to seeing.

There is also a shocking amount of suspense throughout, as “This Is The End” indicates early on that a big name doesn’t guarantee survival here. We know not everyone in the group will get a happy ending, or even what that happy ending will be. Plus, Channing Tatum gives us one of the best celebrity cameos of all time, and it’s even more fun to see Emma Watson kick ass and take names. As well as all the guys’ supplies.

Tolstoy infamously wrote that “all happy families are alike; each unhappy family is unhappy in its own way.” But I believe the reverse is true, in that bad relationships (or at least the modern kind) seem to follow a similar course. You meet a guy that seems cool and even nice, maybe helps you out of a bad situation, and his charisma means that you’re flattered that he invites you into his exciting, impossibly awesome world.

Then before you know it, it turns out he’s a reckless bank robber who leads you on one of the best foot chases ever done on film, which includes throwing a pit bull in your face, turning a gas pump into a flamethrower, and after that upping the stakes by kidnapping your hot girlfriend and killing your partner.

We’ve all been there, right? Or maybe just Keanu Reeves has, as FBI agent Johnny Utah, who infiltrates a group of tight-knit surfers who also rob banks, led by Patrick Swayze’s (RIP) Bodhi. It’s the definition of bad bromance, as Bodhi expertly taps into Utah’s worst, most reckless instincts and leaves you thinking that Utah could do so much better.

I was sure shaking my head as Utah allowed Bodhi to go out in style, surfing the most monstrous wave ever, rather than making him suffer the consequences for all the blood he shed.

“Point Break” may try too hard and shamelessly objectify every woman onscreen, but it’s got those awesome shootouts, Utah jumping out of a plane without a parachute, and that iconic moment of him shooting his revolver into the air in frustration as Bodhi goes on his merry way. What a ride. 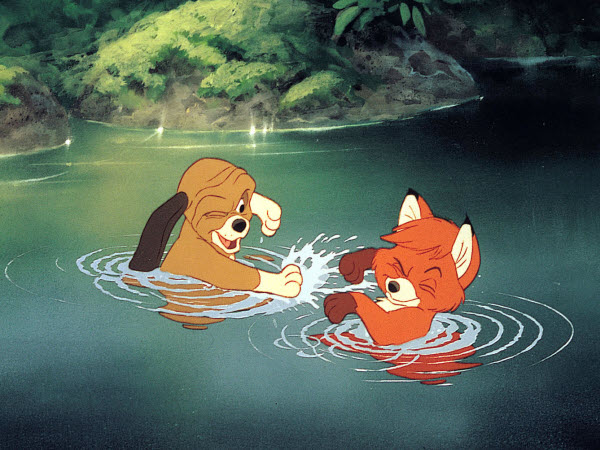 This is a friendship that not only defies society, but nature itself. A fox named Todd (Mickey Rooney) and a hunting dog named Copper (Kurt Russell) meet when they’re too young and naïve to know that they’re destined to become enemies. So their adulthood comes with a few complications that includes serious injuries and a predictable rift. But when friends fight, it usually doesn’t lead to one trying to track down and kill the other.

So yeah, it means major stakes in a frigging Disney movie of all things. It’s one of their more thoughtful, adult offerings, as the cute childhood scenes and likewise predictable reconciliation doesn’t necessarily mean they will ever be as close as they once were.

High school always seems like it’ll last forever. For those who don’t fit a very clearly defined blueprint for popularity, it can seem like a constant parade of humiliation. But it’s still the only world you know, and leaving it is generally a cause for fear and anxiety, especially when it means parting ways from your best friend.

And when those best friends are Jonah Hill and Michael Cera, with supporting turns from the likes of Bill Hader, Emma Stone, and Seth Rogen, their pain is our pain. Plus, it’s always nice when the people playing high schoolers actually look and talk like high schoolers, complete with all the awkward, embarassing scenarios that are inevitable when we are at the mercy of those raging, all-powerful teenage hormones.