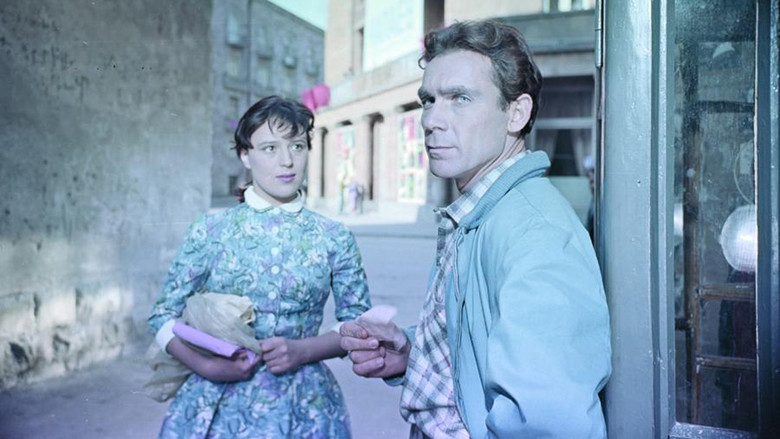 Great journeys have modest beginnings. Before they came to be revered by a legion of fans and inspired future filmmakers, many great directors were students learning filmmaking and trying to get a grasp of the medium.

During this period, these directors made student films in an attempt to explore the format of cinema and improve their directorial capabilities. These films make for an interesting watch, since they provide a peek into traits that would later define the oeuvre of many of these filmmakers. Besides serving as a showcase for their capabilities, these films also helped many of these directors to clinch feature film projects and marked the start of a memorable journey.

Below is a list of 14 remarkable student films made by filmmakers, before they became some of the most influential names to be ever associated with cinema.

14. From The Drain – David Cronenberg

While studying at the University of Toronto, Cronenberg directed From The Drain, a short film centred around two men sitting fully clothed in a bath tub. Presumed to be war veterans, the two men ramble about war and other topics that seem indecipherable.

Shot in black and white, the conversation seems vague and don’t be surprised if you feel restless while watching it. Yet, the film does hint towards motifs that would go on to define Cronenberg’s works such as the eerie, minimalist setting and a sense of claustrophobia that looms large in the unexpected finale of this film.

13. A Field Of Honor – Robert Zemeckis

Call it a sheer coincidence, but at least two films in this list deal with theme of war (like Cronenberg’s From The Drain). Perhaps, the experience of having lived in the times of Vietnam conflict and its subsequent aftermath inspired these films. While studying filmmaking at the University of California, Zemeckis directed this short about an army man who encounters several unforeseen dangers while returning home.

Featuring an oddball character, the film takes a satirical look at the after effects of a stint in the army and subtly hints that neither the army stint nor a session with the therapist, can prepare one for the unknown dangers of everyday civilian life.

Though Zemeckis directed another short film The Lift while studying at California University, A Field of Honor is special for several reasons. The film won the Special Jury Award at the 1975 Student Film Awards. It also caught the attention of Steven Spielberg who was an executive producer on Zemeckis’ first two features Used Cars and I Wanna Hold Your Hand and later produced the cult classics Who Framed Roger Rabbit and Back To The Future series.

12. The Fat And The Lean – Roman Polanski

Polanski directed this silent short after graduating in filmmaking from the National Film School in Lodz, Poland. The film features Polanski as a lowly slave who tries desperately to entertain his master through various means. The slave longs to go to Paris, but is trapped by his master in doing tasks that can be deemed humiliating enough for any living being to indulge in.

Polanski smartly conceals the themes of repressed aspirations through a Buster Keatonesque approach and critiques the Stalinist regime, which believed in curbing individual freedom. This was the last short Polanski made before he hit pay dirt with his debut feature The Knife In The Water, following which he never looked back.

While he studied filmmaking at the AFI, Aronofsky made this short film which is the story of three friends who get together and are goofing around. The film is cheeky, light-hearted and humorous unlike Pi or any of the later films Aronofsky is associated with.

While he was at AFI, Aronofksy made two other short films; Protozoa and Fortune Cookie. The latter which narrated the story of a salesman addicted to fortune cookies, was adapted from a Hubert Selby Jr. Book (akin to his breakthrough feature Requiem For A Dream). Interestingly, No Time and Protozoa were shot by cinematographer Matthew Libatique who later became Aronofsky’s long-time collaborator and shot films like Black Swan and Noah.

With films like The Thing, Halloween and Christine in his repertoire, John Carpenter has gained a reputation as one of the modern day masters of Horror cinema.

Before he was acknowledged as a director of immense repute, Carpenter was an aspiring filmmaker studying at the University of South California. During this period, he collaborated with fellow student John Longnecker on this short film that told the story of a wannabe cowboy. Though the film’s directorial credit is attributed to James R Rokos, Carpenter played a pivotal role in the making of the film, having handled the editing, scriptwriting and music composing responsibilities with Longnecker serving as a producer.

Tim Burton enrolled at The California Institute of Arts to study filmmaking and during this period directed several shorts including Stalk of the Celery Monster – an animated short about an evil doctor and his assistant.

Replete with eerie visuals, the film gives an early peek into Burton’s artistic and directorial sensibilities, which later shaped the filmmaker’s style and saw his make differently themed yet spellbinding animated films such as Corpse Bride and Frankenweenie. Impressed with Burton’s visual style which was evident in this film and the other short films he directed (Doctor Doom and The Island Of Doctor Agor), Disney offered him an internship at their studio. And the rest as they say is history.

Co-incidentally, Burton’s batch mates at The California Institute of Arts were Andrew Stanton (Wall-E) and John Lassetter (Toy Story), filmmakers who have been rightfully acknowledged for their path breaking work in animation.

Ridley Scott has directed several path breaking and revered films in diverse genres such as Sci-fi (Blade Runner, Alien), Period dramas (Gladiator), War films (Black Hawk Down) and road movies (Thelma and Louise) in the course of a career that has lasted for four decades and still no signs of slowing down, even as he helms the latest film in the Alien franchisee. Scott began his filmmaking journey on a humble note while he was studying photography at the Royal College of Arts in London.

During this period, Scott directed this film whose post-production was funded by the British Film Institute. Narrating the story of a boy wandering around the town on his bicycle, the film featured Scott’s younger brother – the late director Tony Scott.

Under the pretext of this journey, Scott aims to provide a peek into the mind of the boy which is restless, keen to explore the world and take each day as it comes. Though it has an abstract narrative, the film is visually striking, imaginatively shot and is worth watching for the early insight it gives into the capabilities of this versatile director.