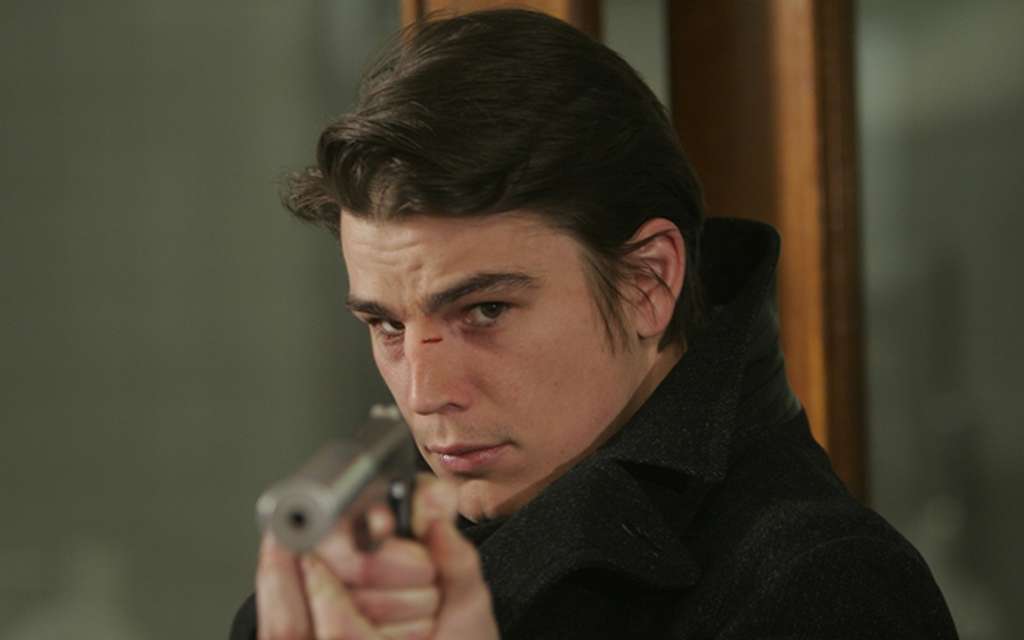 This film admirably attempts to flesh out a clever, crisscrossing plot that is meant to keep the viewer guessing as to the true motivations of the main characters.

Using the tried and true conceit of mistaken identity to get the story started, we follow the main character, Slevin (Josh Hartnett, saddled with one of the most wince inducing character names ever conceived) as he becomes embroiled in a decades long feud between two rival gangsters (played admirably by Morgan Freeman and Ben Kingsley) while simultaneously attempting to steer clear of the hit man (Bruce Willis) who is now gunning for him.

When the twist regarding the title character’s identity is revealed, you’ll have likely seen it coming from miles away and from that point forward the plot just gets progressively sillier as the movie flies directly into revenge film territory.

Director Paul McGuigan is clearly a Tarantino devotee and doesn’t really ever attempt to conceal his influences. Just about everybody in this movie seems to suffer from almost masturbatory levels of verbosity while attempting to establish their respective quirky personality, spouting off wannabe cool dialogue endlessly as the plot stumbles forward ever so slowly.

A fairly decent ensemble cast isn’t nearly enough to keep lucky Number Slevin afloat for very long, and the film just sort of lurches towards its conclusion while offering nothing new to the viewer along the way. Been there, Tarantino’d that. 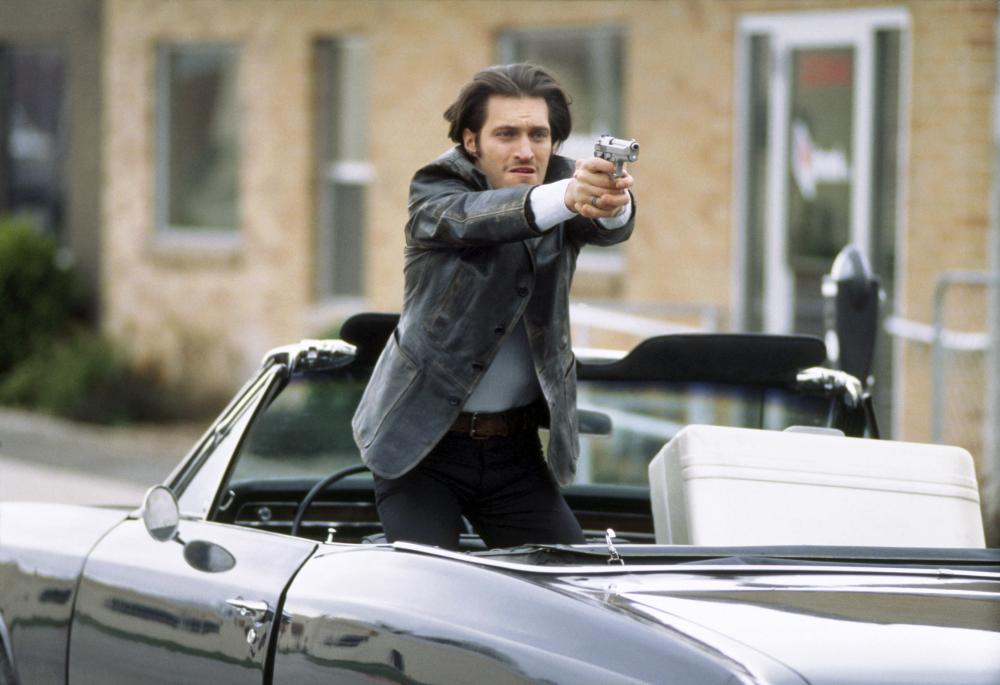 This was the directorial debut from Kiefer Sutherland, and the first time director borrowed liberally from the Tarantino tropes handbag. Sutherland assembled a respectable cast of reliable character actors (Mykelti Williamson, Kevin Pollak, Max Perlich); he simply didn’t give them a whole lot of interesting things to do. The inclusion of Vincent Gallo in a starring role also didn’t help things very much.

In addition to directing the film, Sutherland also gave himself a rather showy role as a psychotic, hair trigger criminal and unfortunately he ends up being one of the most irritating characters in a movie full of really irritating characters. Everyone’s dialogue sounds as if it were taken directly from the Tarantino playbook, minus anything humorous, engaging or insightful.

The plot is framed around a heist gone wrong (*yawn*), with revenge against a crime boss being the initial incentive for the heist. After the heist is botched due to the death of an undercover DEA agent, the movie shifts gears and morphs into a kidnapping road movie when the now on the lam criminals kidnap a couple who are on holidays in their RV (‘From Dusk ‘Till Dawn’, anyone?).

Implausibly, one of the hostages develops Stockholm syndrome and decides to aid the criminals as they flee the police and a hit man who’s been dispatched by the mob to locate and kill them. Through it all, everybody ruminates endlessly, their dialogue meant to convey how cool they are as they talk stylishly about nothing in particular.

Lost in the attempts at coming across as cool is any semblance of an engaging plot and all the while the viewer is subjected mercilessly to haphazardly placed jump-cuts, endless scenes of people driving, dreadfully unflattering lighting and worst of all, boring, one-dimensional characters. Style over substance does not a good film make. 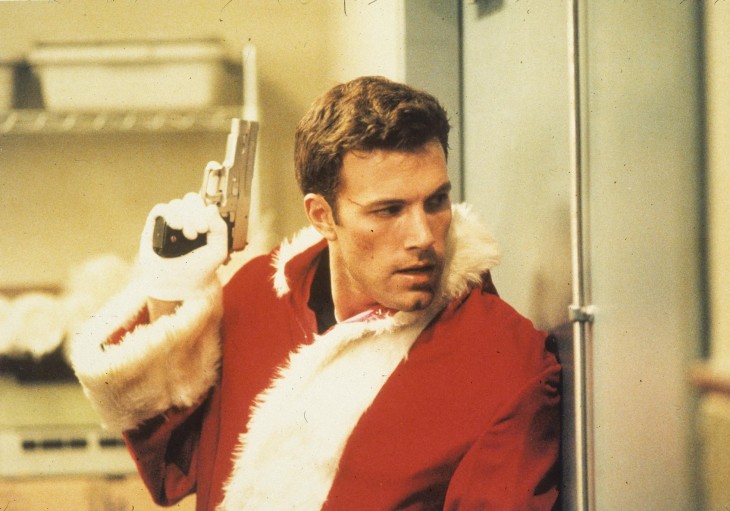 While the cast (Ben Affleck, Charlize Theron, Gary Sinise) is certainly capable, they’re betrayed by poor writing and a script that contains leaps of logic so large you’d have to build a bridge to cross them. Once again, the Tarantino wannabe-isms are plentiful in the tough guy dialogue, and the smattering of double crosses, ex-cons, femme fatales, daring heists, and etc fall well short of the mark overall.

This film had Jon Frankenheimer at the helm, fresh off his career revitalizing action film Ronin, but alas, Reindeer Games was ultimately an anchor on any short lived buoyancy he achieved, pulling him back down into the depths of mediocrity and severing his fleeting grasp on the fringes of respectability.

To be fair, he can only work with what’s given to him, but this ridiculous mishmash of heist film, action flick and pulpy crime potboiler (with a hearty helping of terrible dialogue) would betray the best of intentions from just about any director.

The joyless proceedings are predictable at best and even when the big plot twist is revealed the pulse of the movie remains listless and flat. The action sequences are the film’s only strength, but beyond that there is simply nothing but pitiable inferiority to be found anywhere here. Maybe this film would have existed without Pulp Fiction or Quentin Tarantino ever having entered the pop culture zeitgeist, but it still would have been just as bad regardless. 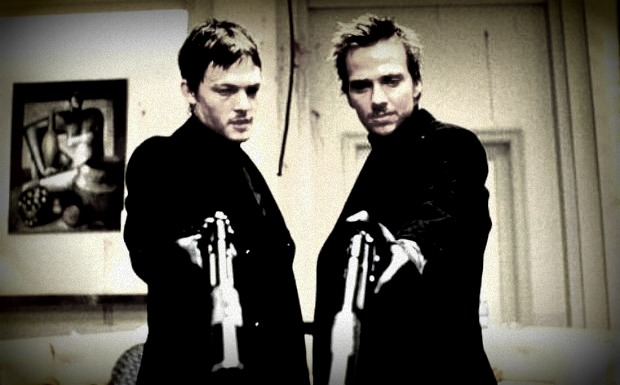 This movie tries hard (very, very hard) to be cool. It’s as if the director, Troy Duffy, watched all of Quentin Tarantino’s films and fast-forwarded through any parts that weren’t people shooting guns at one another and then based his own script around disconnected scenes of stylized violence.

The plot, such as it is, is basically two dudes who believe they’re on a mission from God that go around killing bad guys. That’s it in a nutshell. Plot? Characterization? Meh. Just give me two bro’s in matching coats shooting everything in sight, that’ll do.

Bonus Tarantino points are awarded for having both of them quoting scripture before executing the bad guys. Willem Dafoe and Billy Connolly (who ends up becoming a third Boondock Saint after a very ridiculous plot twist occurs.) are really the only bright spots in this movie, and even at that, their characters – a cop and a hit man, respectively – are terribly written, but the two of them seem to be having fun at very least.

This movie developed a very strong cult following on home video after making its debut on less than ten screens in the United States. Perhaps this was possible due to it being considered to be original or fresh as there was enough time between its release and Pulp Fiction or Reservoir Dogs having come and gone and nobody was the wiser. Or maybe a small but dedicated portion of moviegoers simply have an appetite for paper thin plotting and gratuitous scenes of vigilante violence.

Two things of note: 1) Director Troy Duffy claims this was based on his real life experiences living in Los Angeles, and 2) “Overnight”, the documentary about Troy Duffy and the genesis of The Boondock Saints is far more entertaining and compelling than the film itself. See that instead. 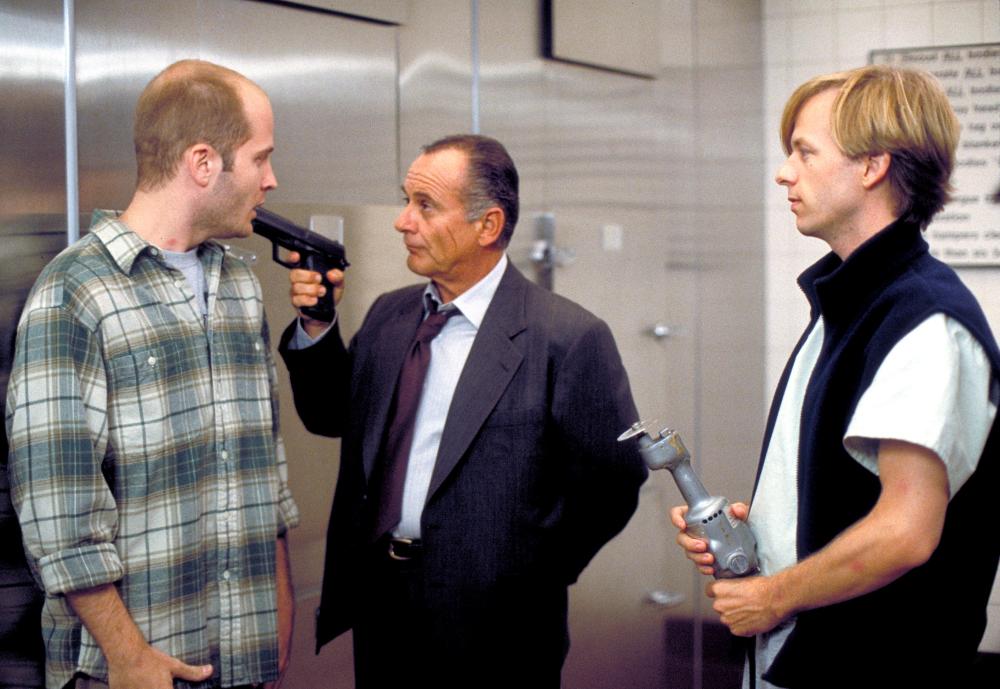 A painful exercise in abject mediocrity that actually achieves the rare feat of becoming more excruciating the longer it goes on, 8 Heads In A Duffel Bag was more or less dead on arrival at the box office and rightfully vilified by critics for its Quentin Tarantino copycat tendencies. The Tarantino-isms are perhaps not quite as rampant as some the other films listed here, but there is little doubt about where some of the inspirations for this film’s terrible attempts at black humor were derived from.

Only in this film, none of the would be macabre humor is funny at all, unless you find hardy-har-har sight gags and misunderstandings involving severed heads to be hilarious. Borrowing some of the same music from Pulp Fiction’s soundtrack (“Rumble”, by Link Wray) only serves to underscore the lazy attempts at association.

The film was the directorial debut from Tom Schulman (writer of Dead Poets Society) and exists as his sole director credit, and its fairly easy to see why he was never asked to return behind the camera after directing this unfunny, headache inducing mess.

Joe Pesci sleepwalks through his lead role in gangster autopilot mode, although to be fair he’s probably the best thing about the film. While this film was billed as a black comedy, the only thing black about it that anybody will really enjoy is when the screen finally fades to black and the end credits roll.

Author Bio: Byron Mulcaster currently resides in one of the rainiest locations in North America. He enjoys reminiscing about the pre-multiplex era of movie theaters, debating the merits of advanced sports statistics and finds the notion of temporal displacement devices to be fascinating. He also has a habit of intentionally employing outdated pop culture phrases and slang, much to the chagrin of those within earshot.