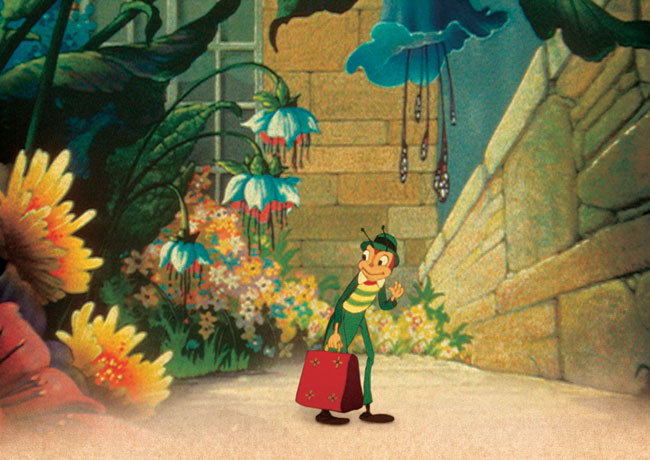 Mr. Bug Goes to Town (also known as Hoppity Goes to Town) was released in theaters in December 1941, the same time as Dumbo and the Japanese attack on Pearl Harbor. Neither of those things helped Hoppity with his poor box office. This musical came from Fleischer Studios, the first big competition to Disney’s animation dominance. (Thanks to this movie, among other factors, the company went bankrupt and left Disney virtually unopposed for years.)

While the film has its flaws, it’s aggressively charming throughout its short, 78-minute runtime. The songs are cute (and very dated), particularly a bug pun love song called “Katy Did, Katy Didn’t.” In the hands of Disney animators, the bug characters would be much cuter. Here, they’re all a little strange, particularly a villainous beetle who looks, acts, and sounds like Gilbert Gottfried.

Hoppity’s biggest virtue, however, is the whole bug world it creates. Unlike the much more contemporary A Bug’s Life, there aren’t many visual jokes, but the movie still creates a detailed, inch-high version of New York (or at least Hollywood’s interpretation of New York). It almost feels like a live action musical of the era, except all the actors have extra legs. 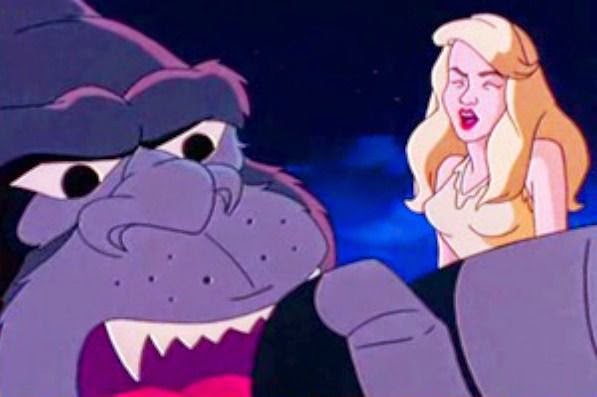 The Mighty Kong is a musical version of King Kong, changing the story to include a happy ending. This ruins all the thematic power of the original story, but the same can be said of a movie like Gnomeo and Juliet.

A tragic ending might be more respectful of the source, but it would probably come off as unnecessarily morbid in a cartoon. However, the ending they chose—Kong falling off the Empire State Building and then weakly turning to the camera right as credits roll—isn’t particularly family-friendly, either.

To bring a little bit of the Disney magic, the filmmakers cast Jodi Benson (Ariel from The Little Mermaid and Barbie from the Toy Story films) as the monkey-loving heroine. The songs were written by the Sherman Brothers, who wrote most classic Disney songs, from “Supercalifragilisticexpialidocious” to “It’s a Small World (After All).” Here, though, none of their songs are memorable, and they don’t enhance the story as much as prolong it.

The Mighty Kong came out in 1998, marking the 80th anniversary of Warner Brothers. It incorporates scenes from both the 1933 original as well as the 1976 remake. The film succeeds as a testament to the studio, reminding audiences of one of the biggest blockbusters of its time. It doesn’t do anything new, aside from the requisite happy ending, but it is a serviceable flashback to the glory days of a major studio.

3. Pound Puppies and the Legend of Big Paw 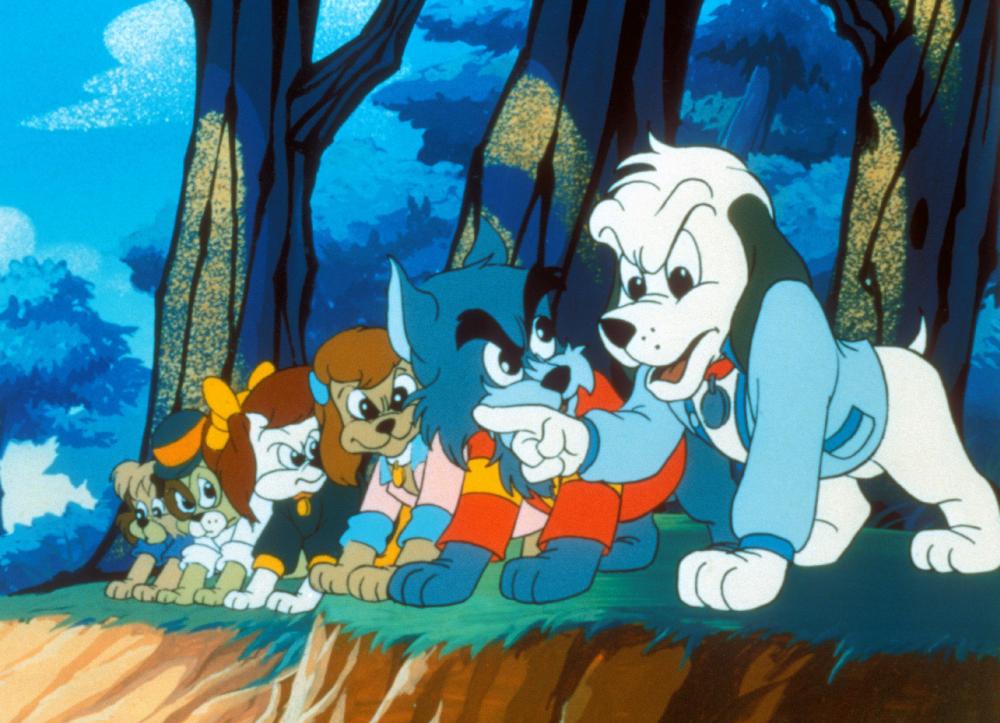 Legend of Big Paw is a movie based on a TV show based on a line of stuffed toys. Back in the 80s, it was common for studios to release toy-based cartoons into the theater. GI Joe got one. Transformers got one. And in 1988, the Pound Puppies got one. It lost a lot of money, however, effectively ending the trend before anyone could even think about a Furby cartoon.

Unlike the Pound Puppies television show, the movie takes place in the 1950s, which means all its songs are based on popular songs of the era. For example, the movie opens with the puppies singing “At the Pound,” an ode to forced confinement, as a direct parody of “At the Hop.” There aren’t a lot of songs in the film, but they all lift from 50s music.

The plot revolves around the Bone of Scone, which is a magic bone that allows humans and animals to talk to each other. A villain named McNasty wants the bone, and the only animal that can stop him is the legendary Big Paw. There’s also a machine that turns good people bad and bad people good, but it’s barely used in the plot. The whole movie feels like a long commercial for Puppies, Purries, and all the other animals that 80s kids could buy at the local toy shop.

2. The Trumpet of the Swan 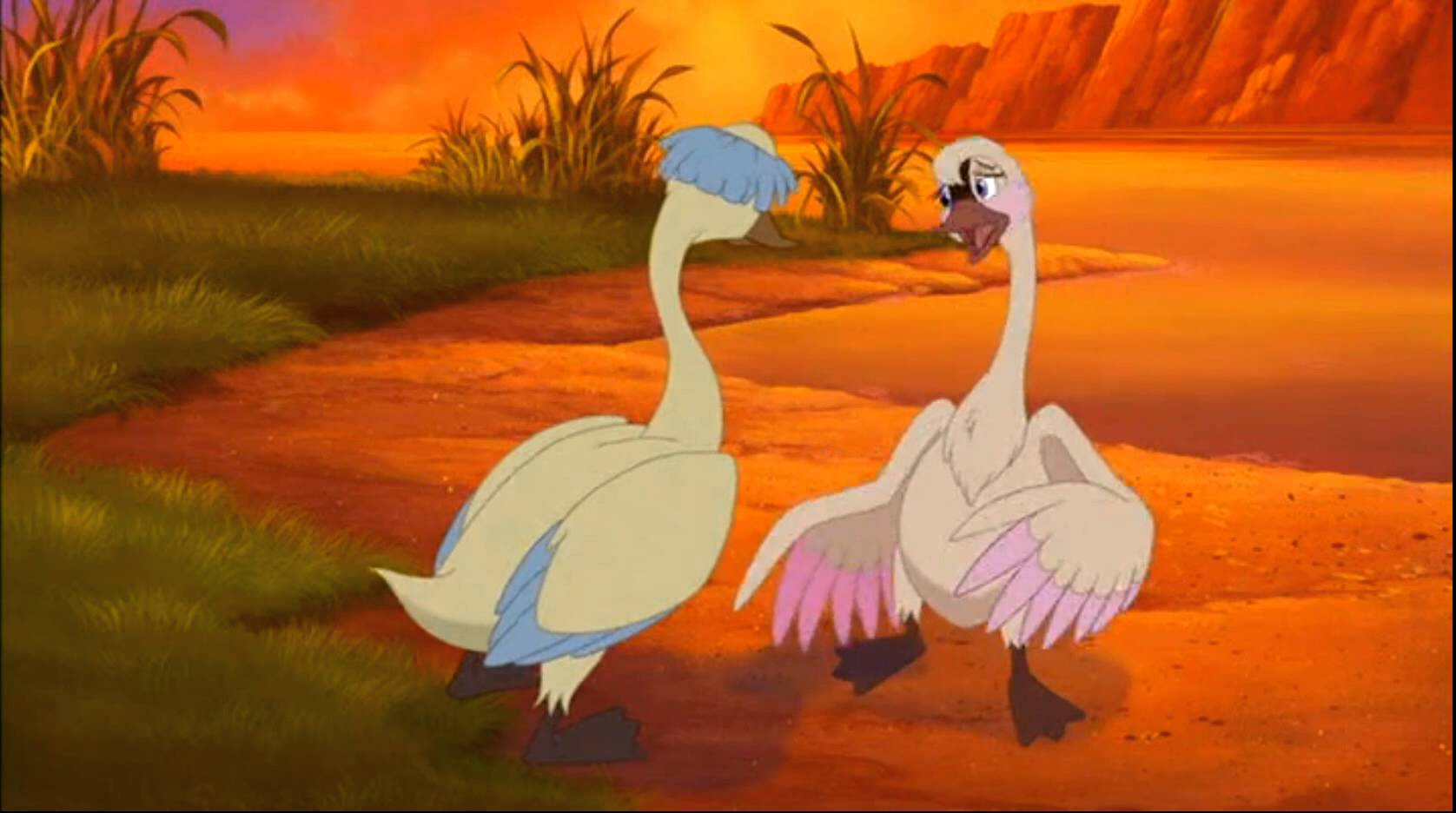 E.B. White gave us Stuart Little, Charlotte’s Web, and one of the most important manuals of grammar ever written. He was an important writer, and the movies based on his work are generally good. Many people have fond memories of the animated Charlotte’s Web, a faithful adaptation of his novel that still managed to include a Paul Lynd-voiced rat sing a song about food. The 2001 adaptation of his classic The Trumpet of the Swan didn’t fare so well.

Directed by Richard Rich (who also did the Swan Princess films), Trumpet follows a mute swan who learns how to express himself by playing the trumpet. The songs are all jazz numbers, though none are very good. There are a lot of familiar voices in the cast—Jason Alexander, Reese Witherspoon, Carol Burnett—but few of the voices actually fit the animal characters that well.

The movie follows the traditional family friendly themes—believe in yourself, etc.—and there’s the requisite semi-romance between the mute swan and a lady swan who believes in him. It’s a very low-budget animated film that was released the same month as Shrek. Not surprisingly, it didn’t do well.

1. A Troll in Central Park 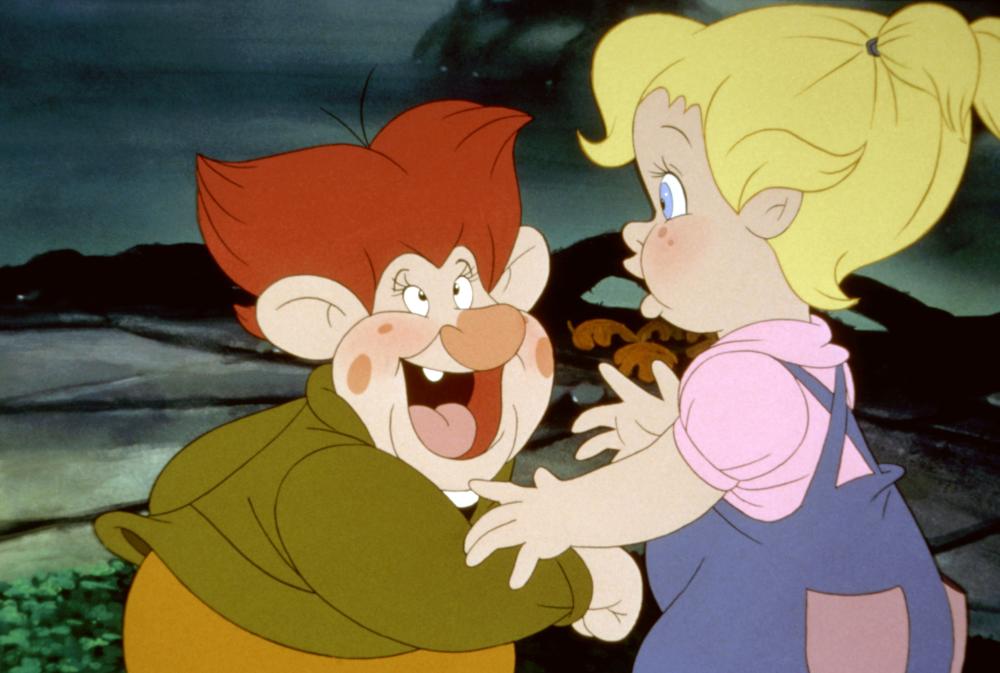 Like The Pebble and the Penguin, A Troll in Central Park is an animated musical from Don Bluth. It’s also one of the biggest box office failures of the 90s. It stars Dom DeLuise as a troll who can grow plants with his magic thumb. All the other trolls hate nature, so they banish him to the godless land of New York City, where he meets two lonely children and plants a lot of singing flowers.

The film ends (spoiler alert) with what basically amounts to the most upbeat apocalypse in cinema history. The troll uses his magic to make the entire world green, allowing all of New York to be swallowed up in massive vines and clusters of moss. It’s meant to be a happy ending, but it most definitely isn’t.

The movie falls into a lot of the same traps as other animated failures: a villain who sings about how bad she is, a main character who’s so loveable and kind that there is no room for character development, and a pair of little kids who have capital-A “Attitude.” In these ways, A Troll in Central Park is a lot like other cartoons.

What makes this movie so different is the weird cheerfulness of the main character. He giggles at nothing. He creates millions of smiling flowers. He rides around on a flying boat, basically intimidating people until they’re as happy as he is. And at the end of the film, when he covers the world in plants, it’s clear that his cheerfulness comes from a very dark place, indeed.