Some people claim the long shots of some recent movies are just a way for the directors and cinematographers to call attention to them, instead of permitting the story to talk for itself. This can be true, and maybe it even is about some of the selections on this list, but the unbroken shot (or the illusion of one) is still a destabilizing cinematic technique that helps the viewer to immerse in the movie’s universe, if done right.

Ever since the early cinema, when cuts weren’t even on a filmmaker’s options, figuring out a way to stage a scene (or multiple scenes) without cutting has been one of the preoccupations on artists’ minds. Unbroken shots demand a lot from actors, who are in a way asked to perform as in a stage play (and often improvising, as is noted in a lot of this lists entries); it puts pressures on the cinematographer, who has to figure a way to make it work and realize the directors vision of what should be seen on screen; and it represents a challenge for the production, especially when the scene involves a lot of extras or equipment being moved around.

These movies have accomplished all that, which is a technical feat in and on itself. Some of them are flawed pieces of cinema, some of them are absolute classics – but all of them have pushed the cinematic technique further, and deserve credit for that.

The second-to-last movie by Russian master Andrei Tarkovsky, Nostalghia is the tale of a Russian poet taking a tour through Italy with his guide and translator as his only company. He eventually meets a deranged old man who imprisoned his own family for seven years, claiming he was protecting them from the maladies of the world.

The movie, an existential drama in the best Tarkovsky tradition, finds the poet confuse about his feelings for his translator, missing his country and his wife, and feeling a strange kinship to said deranged old man. This extended ten-minute take follows the protagonist as he tests a local superstition by carrying a candle through a drained mineral pool, trying to keep it lit until he reaches the other side.

The scene’s triumph is mostly in its sound design: heavy breathing, water dripping, the soft splash of cautious feet on shallow water. Tarkovsky makes us feel every tentative step forward his character takes, and create tension by focusing sometimes on the trembling hands carrying the candle and on the tense expression on actor Oleg Yankovskiy’s face.

It’s a beautiful (and somewhat terrifying) visual concretization of the way the character sees life, this complicated, dangerous journey in which we’re always trying to protect what’s dear to us in the best way we can. 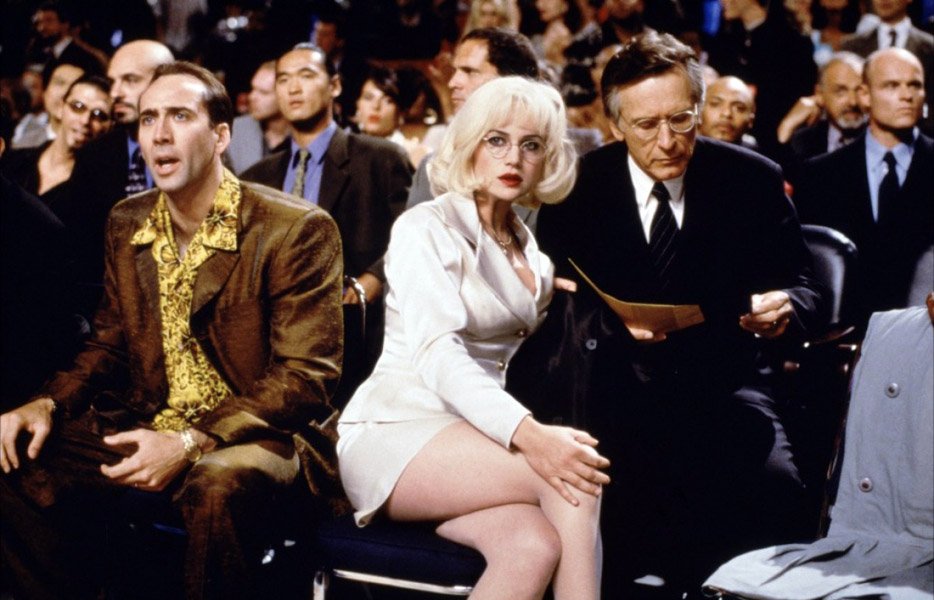 Brian De Palma is not a stranger to long, unbroken shots, but his longest and most impressing one is probably in Snake Eyes, his 1998 detective story localized in an important boxing match in an Atlantic City casino. Lead by Nicolas Cage in a typically hyper-energized performance, Snake Eyes is a dividing movie to say the least, but everyone was uniformly impressed by the way De Palma used a 13-minute tracking shot to show us what’s going on in the fight before all hell breaks loose.

Putting subtle clues for the murder mystery that follows together with an immersion of the spectator in the environment of the casino, the tracking shot actually has four or five hidden cuts, but it feels like a mini-marathon all the same. It’s curious that not many detective/murder mystery movies following Snake Eyes used an unbroken take to the same effect – could it be that filmmakers were worried they couldn’t top De Palma?

16 minutes and 30 seconds of unbroken film is a feat in any film, but Hunger stands out on our list because of the intimate nature of its extended take – throughout a quarter of an hour, Michael Fassbender’s Bobby Sands and Liam Cunningham’s Father Moran are sitting in a table, observed by Steve McQueen’s unblinking and motionless camera, talking. And that’s all that happens.

The brilliancy of McQueen’s stylistic choice here is that it puts our focus in the actors, especially in Fassbender’s unparalleled performance, conjuring up a mini-stage play in the middle of a movie whose images and powerful performances speak louder than words.

As Irish republican Bobby Sands, Fassbender delivers what is still his finest performance, leading a crew of inmates in a Northern Irish prison in a hunger strike that shake up the power structure established. Watching him incredulously entertain this priest while him and his men are starving to death is a gut-wrenching experience like everything else in Hunger, and McQueen’s commitment to just watch it happen only makes it more so. 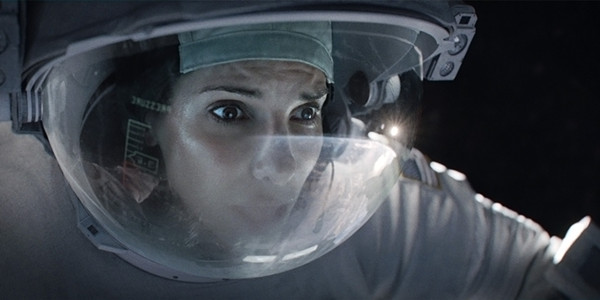 The long shot that opens Cuarón’s space survival tale earned Emmanuel Lubezki his first win at the Academy Awards, and is indeed an astonishing feat. For 17 minutes, we follow astronauts Ryan Stone (Sandra Bullock) and Matt Kowalski (George Clooney) as they are making repairs on their ship, until tragedy strikes and they are left adrift in space.

An impressive introduction to the characters that turns into a riveting action sequence, the most impressive feat in the unbroken shot is the way it showcases the film’s excellence in the special effects area, transporting us to that unhospitable environment and yet maintaining the safe, familiar Earth just in sight.

This is a perfect example of how a long, unbroken take can serve to storyline purposes, instead of being just another filmmaking gimmick. As the next hour-and-a-half movie rolls on, that impressive feat on the beginning never really leaves the spectator’s memory, and serves as a stark reminder that space is full of dangers and unpredictability. And that’s necessary for the suspenseful, agonizing feel of Cuarón’s movie to be properly transmitted to the spectator.

Back in 1948, making movies that appeared to be filmed in one long take was neither as easy nor as common as it is today. So it’s no surprise that Alfred Hitchcock was the one to try and accomplish it in a big American film – Rope was controversial for its content, showing a homosexual couple (their relationship is only implicitly conveyed, of course) murdering a colleague so as to prove to their favorite professor (James Stewart) they learned his lessons.

It’s dark and twisted even by Hitchcock’s standards, but his decision to make the film in one unbroken shot caused even more commotion on the set.

As analogic cameras only permitted 10 minute takes, the film features a series of moments when it zooms in in some black object, so as to make the transition smoothly. Hitchcock’s obsession with the gimmick led to a few anecdotes: as to avoid the need to reshoot, a cameraman whose foot was broken when the camera dolly rolled over it was gagged and dragged outside so his screams would not affect the take, and a stagehand had to catch a glass one of the actresses dropped before it hit the ground in another time.

Most people, including Hitchcock himself, dismiss Rope as a minor accomplishment in the director’s rich filmography, but as a technical feat it remains impressive, especially considering the way and the year it was made.