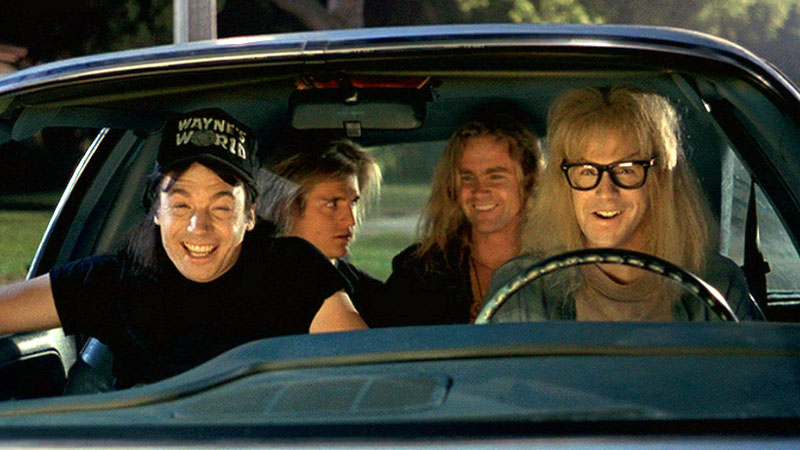 Anyone who had the fortune to watch Freddie Mercury steal the show at Live Aid knows that Queen were not a band to be trifled with. A four piece encompassing the live power left behind by Led Zeppelin, Queen were blessed with four technically gifted musicians, three accomplished singers and four versatile songwriters. It´s hard to pigeonhole their oeuvre to any genre in particular, or to any style or fashion popular at any given time.

What adjectives best describe Queen? Grandiose? Their biggest American hit was bass riff driven. Tenacious? Many of their eighties tracks were slow and seductive. Safe? Hardly. ? Productive? Certainly. All four members were capable of writing both on guitar and keyboards, all four members tipped their hats to other genres.

Although heavy metal devotees, guitarist Brian May and drummer Roger Taylor wrote heart-wrenchingly beautiful songs such as ´Who Wants To Live Forever?´ and ´These Are The Days Of Our Lives´ respectively.

A motown fan, bassist John Deacon could rock like the best of them with seventies screamers ´If You Can´t Beat Them´ and ´Need Your Loving Tonight´; though partial to bombastic piano playing, Mercury could nail fifties skiffle stylings with ´Crazy Little Thing Called Love´.

With such proficient songwriters in the band, it is little wonder Hollywood came a calling, and they produced two soundtracks during their tenure (the first was for ´Flash Gordon´(1980), an excellent film, the second was ´Highlander´ (1986), which wasn´t.) Their songs have crept into films intermittently since then, and with good reason. The quality of tracks speak for themselves. Even David Arnold is a fan!

Their musical involvement with ´Iron Eagle´ may not have been good for the band´s image; a film supporting the U.S. army´s attack on Libya must not have helped their case as supposed right wing advocates, particularly at a time when Queen were held with suspicion for playing in Sun City, South Africa, at a time many did not.

Credited to the band as a whole, the song was originally conceived by Roger Taylor, perhaps the closest thing the band had to a bona fide rocker (easily the best looking member, Taylor tailored himself with brass leather, compared to Mercury´s playful exaltation and enjoyed touring the most out of the four). Taylor´s stomping and May´s spiralling playing add to the testosterone madness ensuing onscreen- it may not be as obvious as ´Dangerzone´, but it´s pretty close!

How-ever a viewer may feel of the bravado within the film (celebrating war is hardly a Friday night activity), the song works to bring the general sense of adrenaline to the big screen.

Forever vilified for his Conservative beliefs and continuous t.v. appearances ad nauseum, there is no denying that Brian May is one of the best guitarists of his generation.

The most invested in heavy metal (his favourite album is ´Queen II´, the most guitar heavy of their career), May took much from Led Zeppelin and gave much to Van Halen (May finger-picked before Eddie Van Halen made a career out of the move!). His 1976 rocker Ít´s Late´ was brilliant, but somehow the radios didn´t pick up on it (John Deacon´s ´Spread Your Wings´, from the same album, suffered the same fate). But its one of the few only good things about the otherwise wretched ´Observe and Report´.

Playing in the background as Bill Conti played to ´Rocky´, ´Late´ gives the scene the necessary gravitas and differentiation the film needed, rather than playing to the age old renditions of ´Gonna Fly Now´ or Vangelis´ theme to ´Chariots of Fire´. The song is also for Mercury´s howling vocal line, as strong as Paul Rodgers, as stressed as Ian Gillian, giving the scene that extra brawn.

With artists as eclectic as The Band, The Yardbirds and Queen, it is a case of soundtrack bettering the insipid film. Queen´s ´The Hero´ also gives the viewer another respite, played over an ensuing fight between Rogen and Ray Liotta´s Detective Harrison.

Judging by the film´s summary, one would swear this were a Richard Curtis film- if not for the fact that Curtis would not pen a rom-com for a further two years!

A group of friends gather at Peter Morton´s house, an erudite man recently in view of a new house (Morton is played affably by Stephen Fry- who else?), re-uniting after ten years since their Cambridge days, where personality, socialites and crazed activities awaits them all. So far, so ´Four Weddings and A Funeral´, though it does feature a finer soundtrack than ´Weddings´ has. Hell, they even used a Queen song!

Where much of ´A Night At The Opera´ (1975) was ornate and grandiose (it featured Bohemian Rhapsody, for Gods sake), John Deacon´s keyboard based pop song was a delightful relief, a three chord wonder, with as poppy and boppy a chorus as any bubble-gum pop song could play.

Described by some time Queen and The Police keyboard player Fred Mandel as the band´s golden goose, Deacon, the least prolific writer, certainly knew how to compose a public hit. And it works well in the backdrop as four cars pull to Morton´s mansion, brimming with the possibilities of what their holiday may entail.

Kenneth Branagh (also the film´s director), Hugh Laurie, Imelda Staunton and Emma Thompson all feature as the group of collective friends arriving together, embracing and chasing memories and happy times. Fittingly, the five walk together up the houses´ ornate steps into their abode, Morton´s outstretched arms closing the door behind them.

If ever there was a victory song to play in one´s head after sex, ´We Are The Champions´ would be the one (´Whole Lotta Love´ is too obvious and ´She Loves You´ too naieve). So it plays well in ´High Fidelity´, after lead character Rob Gordon (John Cusack) hears in the background after his one night stand with ethereal jazz singer Marie DeSalle.

A love letter to the records of the sixties-eighties, ´Fidelity´ shows the growth from vagabond to man in control; music is a part of life, but not the sole purpose of life. ´Champions´may not be the type of song Gordon ordinarily plays (his preferred style is sixties psychedelic group Love or indie darlings The Smiths), but the celebratory incident in question causes a change of heart. Momentarily free from the disenchantment of his disenfranchised love life, Gordon turns to the camera in elation.

Ordinarily, De Salle admits that the entire thing was mere animalistic passion, much to Gordon´s chagrin, but this moment exemplifies that feeling that overwhelming sense of momentary achievement. The next time you tie your shoe laces properly, the sound of Mercury´s soaring style will make that moment more celebratory!

Although it never gained the notoriety that its sister ´Bohemian Rhapsody´ achieved, ´Love´proved a worthier song, perhaps the best song Freddie Mercury ever penned (it´s certainly one of his more oft covered songs, with every George Michael, Brittany Murphy and Marc Martel singing it as only a diva could). A romantic song, both intimate and grandiose, it´s one of Queen´s more universal songs, complete with Gospel choir vocals from Mercury, May and Taylor. And Anne Hathaway nails the song!

Years before she wowed with dreaming dreams, Hathaway played a wide-eyed Disney character accursed to follow every order demanded from her. Ordered to sing in front a theatre of fanciful fairy tale creatures, Hathaway churns to Queen´s soul song as a means of expressing herself and ultimately her desires to Prince Charmont (Hugh Dancy) (yes Charmont is as subtle as the film gets!).

Accompanied by a trio of giants who back her vocals, it is one of Hathaway´s finest vocal performances and a rendition worthy of Mercury´s respect. A pirouetting hand gesture from the giants is a lovely little nod of the head to the Queen II album cover, regularly regarded as the band´s magnum opus.