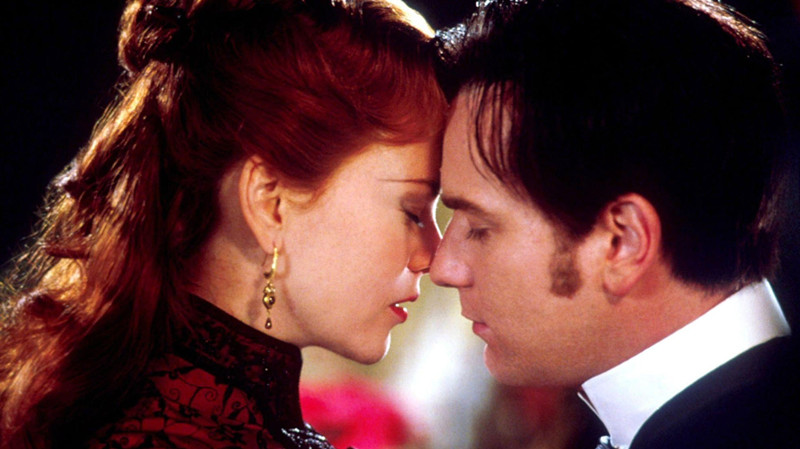 Music is used in films to convey a sense of mood, and can usually make all the difference to how effective and powerful scenes can be. Music can also help create the sense of time and place if the film is set in a particular era, and even more meaning can be conveyed through the song’s lyrics.

However, sometimes songs from a completely different era are used from the music of the time the film was made. In some cases, even songs that did not exist in the film’s time period get used. Although many may consider this a huge anachronism, this is done to make a point and create a particular atmosphere, often to great effect.

After the Lambert family moved out of their home when ghosts started trying to hurt them, they moved into a new house thinking they had left their problems behind. When wife Renai (Rose Byrne) goes to put the rubbish outside, the previously silent house is now blaring with ‘Tiptoe Through The Tulips’ by Tiny Tim, a whimsical tune from the 1920s.

Renai peeks into her lounge room to see a strange little boy dressed in 1920s clothing dancing to the song. Both the song and the boy’s clothes show how unnatural that a little boy from the 1920s is still a child in 2010, when the film is set, confirming poor Renai’s fear that the boy is indeed a ghost.

The song is used a second time when Josh Lambert (Patrick Wilson) goes into The Further (the ghost dimension) to find his son Dalton (Ty Simpkins), and the Lipstick-Face Demon (Joseph Bishara) is playing this song on its record player. The song suddenly stops once the demon realises the father is there to rescue his son. This innocent sounding song creates a creepy atmosphere and is used as a sign of evil lurking around the Lamberts.

To say Danish director Lars von Trier makes pessimistic films is a massive understatement. Dogville is set in a small town during the Great Depression where the locals inflict horrible acts of cruelty and violence towards a drifter named Grace (NicoleKidman). Once mobsters come and kill everyone in town and take Grace home, the end credits begin.

After such a grim film and ending, the upbeat David Bowie hit ‘Young Americans’ plays over images of American people living in poverty. The song was made in 1975, although the film is set during the Great Depression, long before Bowie was even born, making it seem strange to be in this film.

The song is used sarcastically in that, although America is claimed to be the best country in the world, it has many problems, especially in how lower class people and minorities are treated. The song is an oddly light hearted tune to end such a dark film on.

Django Unchained is set in the late 1850s, back when white Americans still used African-Americans as slaves. It was a cruel period of time, one that slave Django (Jamie Foxx) suffered through. After Django and his partner Dr. King Schultz’s (Christoph Waltz) plan to covertly rescue Django’s wife from the notoriously cruel slave owner Calvin Candie (Leonardo Di Caprio) has failed, a shootout ensues.

Once Candie’s men come to sort matters out, Django has to shoot them all by himself. As he manages to fight them off singlehandedly, ‘Unchained’ by James Brown and Tupac starts playing. It is a very empowering song sung by two African-American singers, displaying the power Django now has over these oppressive white men. It is also a contemporary song with an urban feel, as Quentin Tarantino envisioned the film as a western blaxpoitation film.

Although Blue Velvet is set in the 1980s, many of the songs used in this film were made in the 1950s and early 1960s, which is considered a more innocent time in America’s history. The town of Lumberton where the film takes place is trying to depict itself as a family friendly and wholesome town with all-American ideals, but the reality is quite different. These songs are used ironically as the town of Lumberton is actually full of horrible actions and sinister criminals.

In the opening scene, ‘Blue Velvet’ by Bobby Darin plays as fireman on a truck goes past and is waving with a dog next to him, schoolchildren walking across the street, and Jeffery’s mother watching a 1950s-era black and white television, before this illusion is shattered once Jeffery’s father suffers a stroke while watering his beautiful garden with a white picket fence.

‘In Dreams’ by Roy Orbison is lip synched as Jeffery Beaumont (Kyle MacLachlan) is taken to vicious mobster Frank Booth’s (Dennis Hopper) place, where acts of horrible violence and sexual assault happen. The song also plays when Frank takes Jeffery to an empty lot and before bashing him, Frank quotes the song’s romantic lyrics to tell Jeffery that he is in control of him and the situation.

Stanley Kubrick’s dark classic A Clockwork Orange is often cited as a masterpiece, and for good reason. The urban setting, the dystopian world, and the carnage made this film highly controversial upon its release. But despite being set in the future, one of the other major reasons it is such an effective film is its choice of music.

Protagonist Alex DeLarge (Malcolm McDowell) is a young thug who bashes homeless people and rapes women for his own amusement, and he often sings the wholesome 1950s song ‘Singing In The Rain’ by Gene Kelly while doing so.

The song is from the 1950 musical of the same name, which is a very light hearted film, so it is quite a juxtaposition to have such a song used in this context. The song is used in the end credits as well once Alex is cured of his “sickness”, meaning he can go out and continue hurting people without physically getting sick again.

The film is set in the future when society has gone downhill and crime and rampant. This is the exact opposite of the innocent nature of the era when ‘Singing In The Rain’ was made.