Bob Dylan is a legendary musician who has been inducted into the rock and roll hall of fame and awarded the Presidential Medal of Freedom by President Obama. Throughout his career he has been labeled protest singer, rock’n roll revolutionary, born again Christian, has-been, and voice of a generation. Whatever he’s called, he has influenced popular music for half a century and of course his songs found a way onto celluloid.

This list of the greatest Bob Dylan songs in movies consists of songs that Dylan himself actually sings, which means they can be found on his records. Jimi Hendrix made a fantastic cover version of “All Along the Watchtower” and The Birds had a hit with “Mr. Tambourine Man”, but one will not find any of those songs on this list. If Dylan’s not singing the song, it doesn’t count here. 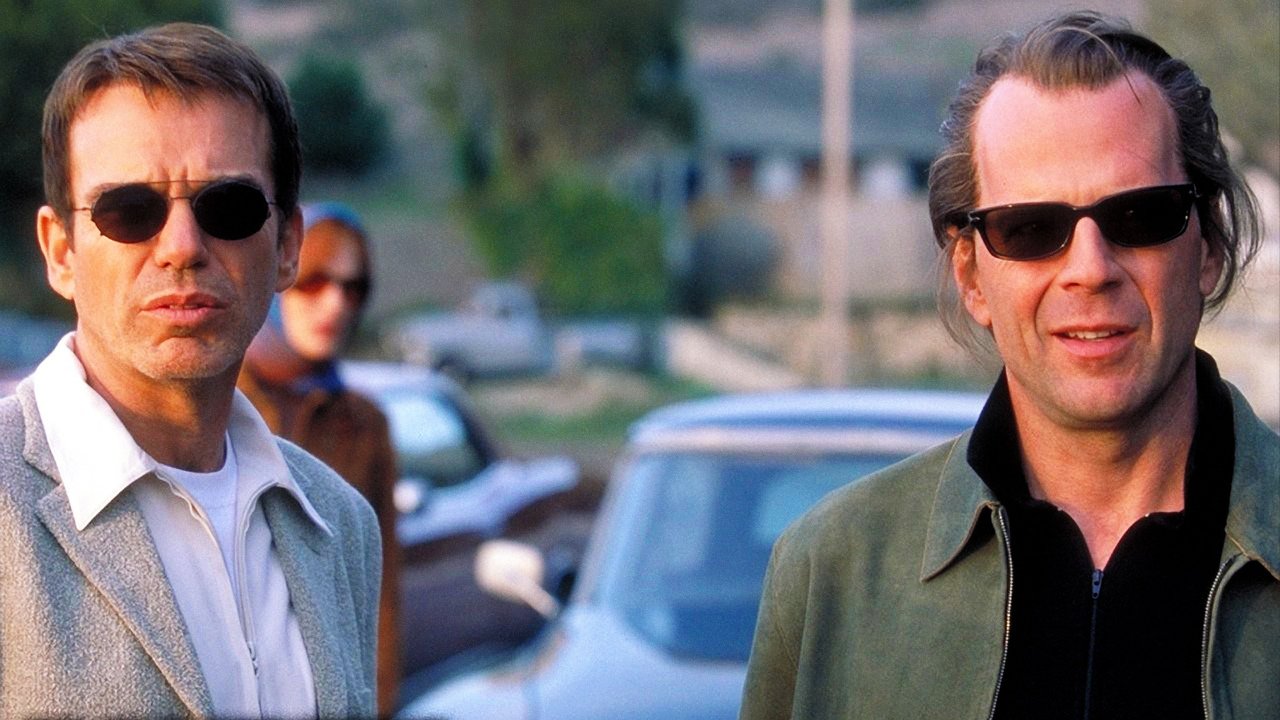 Joe and Terry break out of jail and begin robbing banks. While in between heists they accidentally kidnap Kate, a bored housewife, and both fall for her. Bob Dylan’s song “Tweedle Dee and Tweedle Dum” is used in two places. The first is during the opening title sequence and the second is during a bank robbery. The latter is where the song stands out.

“Tweedle Dee and Tweedle Dum” fades in as Joe and Terry begin robbing the Oregon City Bank. The song reflects the two criminals perfectly, describing Tweedle Dum and Tweedle Dee as two no-good characters, who can’t seem to agree on anything. Here are two bank robbers who are good at their job, but are complete opposites.

They also wear ridiculous costumes, which fits into the comedy nature of the song. Joe himself is dressed as a cowboy, sort of the image Dylan was presenting himself around the time. The song is humorous, slightly dark, and plays throughout the entire heist.

In I’m Not There, six different actors play different sides of Bob Dylan that may or not be true. Dylan’s songs resonate throughout the film, acting either as angels or demons to the characters. The song “Visions of Johanna” revolves around the strained relationship between Robbie and Clair, a couple whose relationship resembles Dylan’s first marriage to Sara Lowlands.

The camera slowly zooms in on President Nixon on television, announcing American withdrawal from Vietnam. As Clair watches the screen in stunned silence, “Visions of Johanna” fades in. The scene cuts between Clair reflecting on her relationship with her husband and present day Robbie filming a movie on a set.

The lyrics of the song have very little to do with what’s going on in front of the viewer, but it feels right. Certain images resonate with the song, like the famous television footage of the Buddhist monk lighting himself on fire.

Wonder Boys shows the troubles of English professor Grady Tripp, who is trying to get his life back on track. The film reveals a more pathetic side of actor Michael Douglas, rarely seen before. On the other hand, some may remember Wonder Boys as the movie for which Bob Dylan won the Oscar for Best Song, “Things Have Changed.” Although this song is prominently played throughout the film, it is another Dylan song which has a stronger emotional effect.

Wonder Boys also highlights “Not Dark Yet”, one of Bob Dylan’s most magical songs, and tells of a man reflecting on his own life decisions and where he is now. Grady Tripp and his two colleagues, James Leer and Terry Crabtree, walk into Tripp’s house to discover the aftermath of a college party.

Tripp shakes off a beer can that is stuck to his shoe, while Leer and Crabtree head up the stairs. Tripp grudgingly follows, passing couples who are clearly having a better time then him. His life is currently in the gutter and that’s what the song describes. Lyrics like “Feel like my soul has turned into steel” works with how Tripp is feeling. 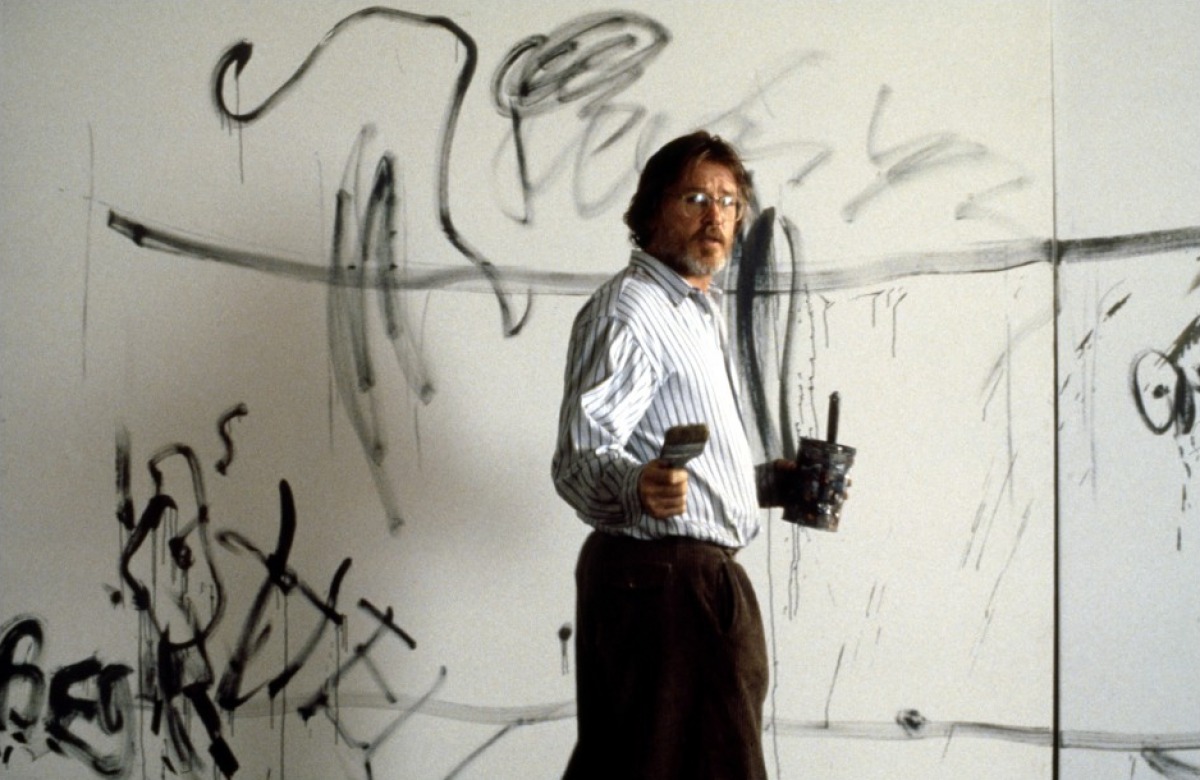 New York Stories is actually three short films combined, told by three different New York directors, Martin Scorsese, Francis Ford Coppola, and Woody Allen. The first short by Scorsese is called “Life Lessons” and tells the tale of Lionel, who is a masterful painter, but suffers from unhealthy relationships with his younger proteges. As part of his painting process, Lionel listens to rock’n roll music and one of the songs happens to be “Like A Rolling Stone”.

Lionel returns to his main studio after just having an argument with Paulette, his young protege who he is very attracted to. He is frustrated. He puts a tape into his boom box and plays it loud. It’s Bob Dylan and The Band playing “Like A Rolling Stone” at a concert. As the music plays, Lionel begins to paint.

The film cuts to Paulette in her room on her phone, crying to her mother, saying she wants to come home. She eventually marches downstairs to confront Lionel but stops when she sees what he’s doing. Lionel paints the canvass with such passion that Paulette gets swept up in it. There are rapid cuts as Lionel paints quickly and without hesitation. All the time having Dylan’s electric “Like A Rolling Stone” blast away in the background. The song captures Lionel’s passion, creativity, and anger.

Llewyn Davis is a gifted and arrogant folksinger, who cannot catch a break and couch surfs from place to place only to find trouble. Inside Llewyn Davis takes place in New York in 1961, just before the folk scene exploded with the arrival of Bob Dylan.

The last scene in the film is a heartbreak. Davis has just sung his heart out to a crowd at a cafe called The Gaslight. It’s a beautiful song and one can tell it means something to him. Davis ends the song by casually saying “That’s what I’ve got”. As he leaves the stage and heads to the bar, he occasionally glances back to the spotlight, where a newcomer has begun singing.

Turns out the new guy is none other than a very young Bob Dylan and he’s playing “Farewell”. Davis leaves the bar and steps into an alleyway where an angered husband beats the hell out of him. “Farewell” is a perfect fit for the character of Davis. He has given all he’s got and will now eventually fade into the rest of failed New York folk singers. As Davis lies beaten and bruised in the alley way, Dylan sings, “Well it’s fare thee well my own true love. We’ll meet another day, another time.”