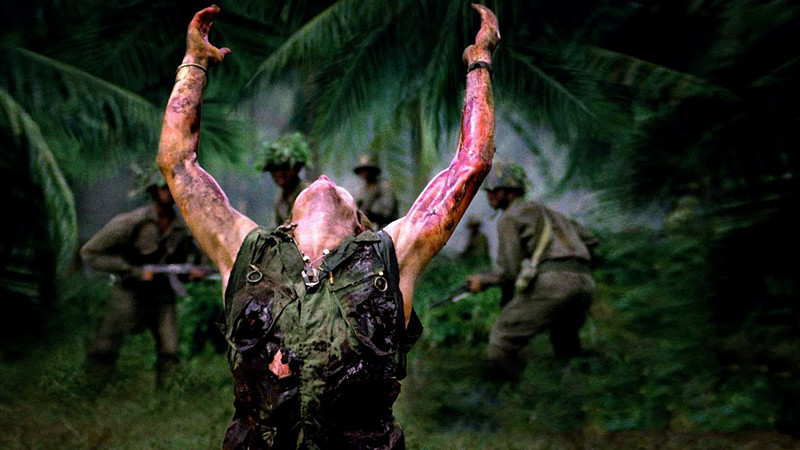 Oliver Stone’s reputation has been more turbulent than the stock market. In the 1980’s he soared to the upper echelon of writers and directors. He won three Academy Awards (two for directing and one for writing) during that decade. However in recent years his films have failed to live up to his previous success.

Nevertheless, there is no doubt that Stone is a man of great talent who has inspired others to great heights. As he attempts a comeback with his 2016 film Snowden, staring Joseph Gordon Levitt, one must consider the great performances that Stone has directed. 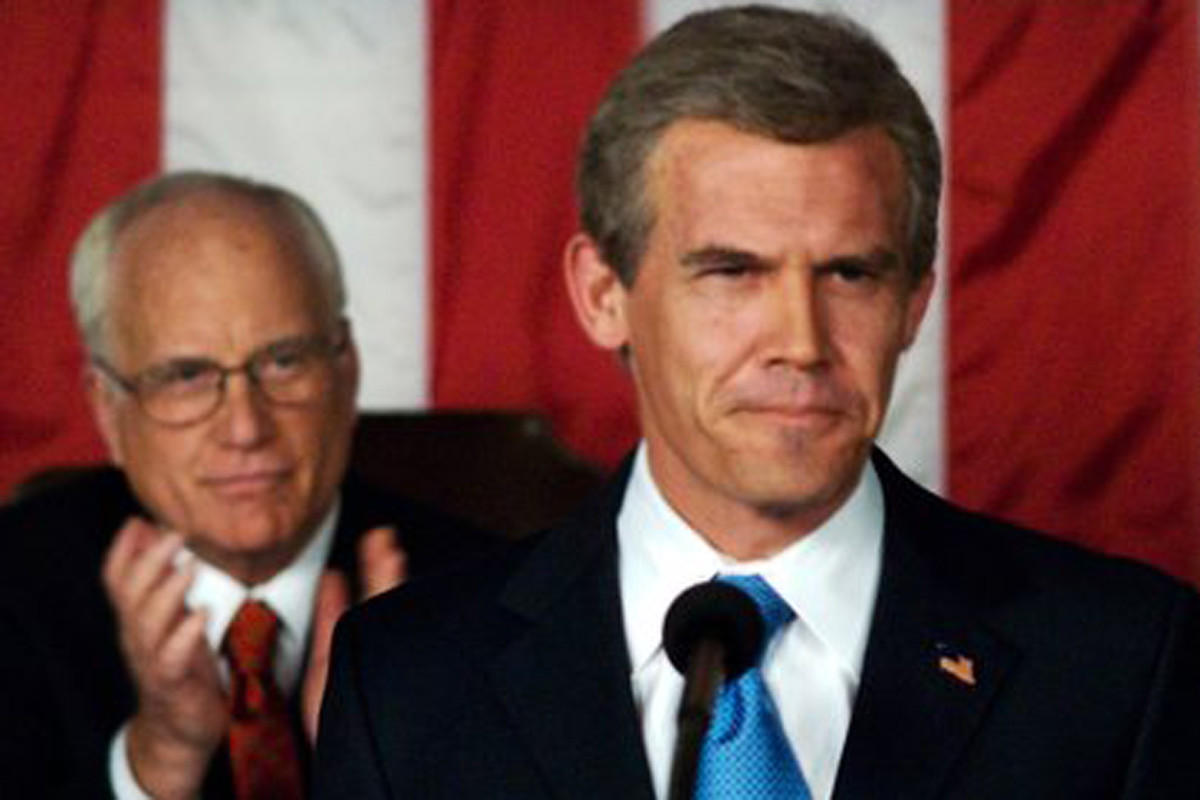 In the mid 2000s, Stone has gone through a bit of a change in his political views. Today it is hard to claim where his political elegancies lye. He has been a sharp critic of Barak Obama and previously endorsed Ron Paul.

No film better exemplifies this change better then W. Made while George W. Bush was still in office, the film portrays the president in very sympathetic manner. Stone humanizes Bush emphasizing the man and not the politician.

However the same cannot be said of Stone’s view of former vice president Dick Chaney. Richard Dreyfuss plays Cheney as a cold, methodical megalomaniac who is truly behind the Bush administration’s decisions.

Dreyfuss not only looks like Cheney, he plays the role with a smug magnetism that perfectly illustrates Stone’s opinion of the former vice president. His speeches, particularly ones pertaining to the Iraq War, stay with the viewer as we listen in awe at what he is saying.

Roger Ebert commented in his review of the film that “the best portrayal in the film goes to Dreyfuss as Cheney, who is not so much a double as an embodiment.”

Most likely Oliver Stone’s most controversial film (and that’s saying something). Natural Born Killers is an indictment of the mass media and our culture as a whole that was ahead of its time.

The film portrays the escapades of married couple, Mickey and Mallory Knox, as they go on a cross-country killing spree and become folk heroes in the eyes of the nation due to the way that the media portrays them.

During the 1980s and early 1990s, Harrelson had not taken on the persona that he is associated with today. He was known for playing the naive, slow-witted bartender Woody Boyd on Cheers.

For him to be cast as a cold-blooded killer was unheard of. Yet Stone’s choice of Harrelson was genius. Harrelson brings a potent and unhinged fury to the role of Mickey Knox that caught the nation completely off-guard.

Harrelson like the character had a tough unconventional upbringing. His father was a professional hit man for the mob, who coincidently was tried for the murder of a man named Alan Berg (no relation to the Alan Berg that inspired Stone’s film Talk Radio, but it is ironic) as well as a federal judge.

Perhaps it was this that Harrelson drew upon when approaching the part of Mickey. Harrelson commands the screen with his charisma. It is not hard to see why the public would root for this type of killer.

Not since Gary Oldman in Sid and Nancy had there been a musical biopic performance so impressive. Baby Boomers rejoiced at the sight of Val Kilmer playing Jim Morrison.

Kilmer’s spot on performance as The Doors front man was so convincing that it brought them back to a different era. Kilmer effectively charts Morrison’s painful decline from the height of his success to the doldrums of drug and alcohol abuse that ended up being his downfall.

If one were to listen to a soundtrack of both Kilmer and Morrison singing it would be tough to differentiate the two. The film is not the easiest to watch because of how committed Kilmer is to the role.

The viewer feels as if they are truly watching this man tear himself apart. Kilmer’s performance changed the way musical biopics were acted and his efforts probably inspired the likes of Joaquin Phoenix in Walk the Line about the life of Johnny Cash and Sam Riley in Control the biopic of Joy Division singer Ian Curtis. 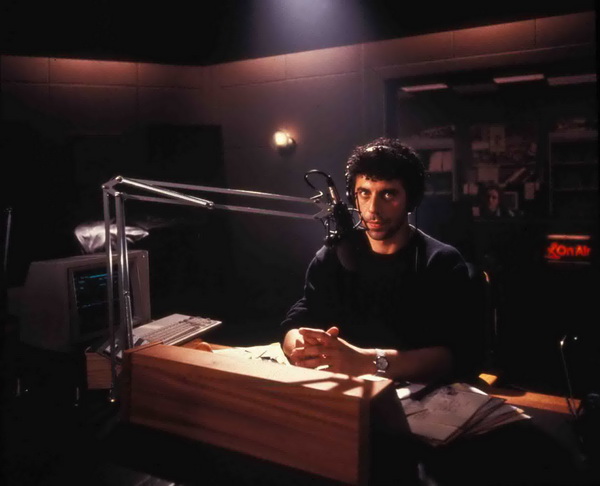 It takes a lot guts for an actor to play an unlikeable character. And it takes even more skill for that actor to make the audience sympathize with that character. Yet, that is what Eric Bogosian was able to do in 1988 when he adapted and starred in his own play Talk Radio.

Bogosian plays an outspoken liberal talk show host who confronts callers in a very blunt and combative manner. Champlain was inspired by Alan Berg, a Colorado radio host who was murdered in 1984. Bogosian plays Champlain as a deeply flawed individual who takes his own self-loathing out on the people who call into his show. He brings energy and fury to the role as the audience watches as Champlain spirals more and more out of control.

The viewer begins to pity the character and desire redemption for him. No scene is this more true than Champlain’s final monologue in which he desperately pleads with his listeners to stop subjecting themselves to his barbs thereby forcing him to confront his own depression and insecurities. Allowing Bogosian to reprise his role on screen was one of the best decisions Stone has made.

Nixon is one of Oliver Stone’s most complex films. It’s dense and is often painful to watch. Stone’s film portrays President Nixon as almost a Shakespearian ruler along the lines of Macbeth or King Lear, whose ambition and fatal flaw ends up becoming his downfall.

And while Anthony Hopkins is very good in the title role, it is Joan Allen playing his wife Pat that is truly a terrific feat. The film delves deeply into Nixon’s private life and displays that Pat was one of the president’s toughest critics. She sees who Nixon really is. She sees through his shadowy exterior and judges him as such.

Pat stands by her husband, yet does not intend to watch as both of them are ruined. It is a performance that is at times stoic and reflective and at other times fiery and spirited. Allen appears so natural in the role and brings a grace to the character that perfectly balances Hopkins’ impassioned Nixon.