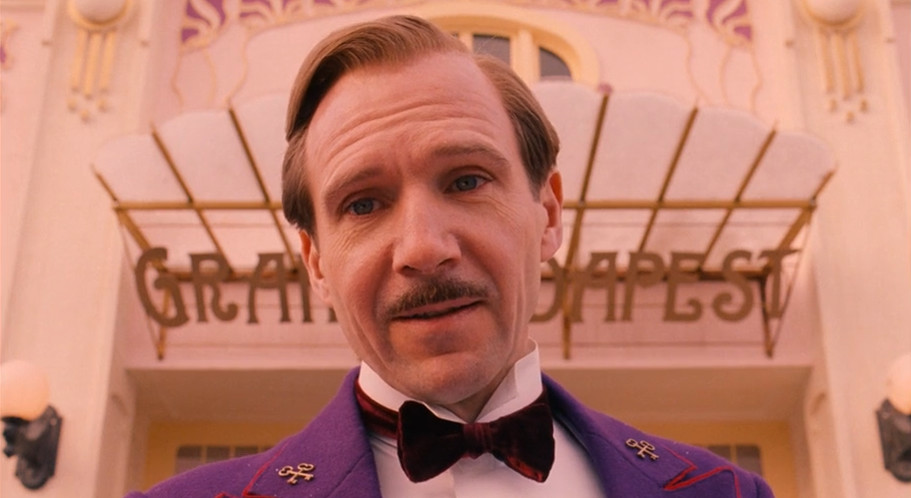 Since making his initial feature length film debut, the often overlooked and divisive “Bottle Rocket” in 1996, Wes Anderson has faultlessly continued to build an unstoppable momentum in his career.

Through an impressive combination of smart screenplays, flawless casting, distinctive cinematography, and an adoring following of diehard fans, Wes Anderson has unquestionably excelled within independent cinema, spinning curious oddities that circulate around cosy, dysfunctional and nostalgic tales of love and family, yet frequently hiding dark and disturbing undertones.

Wes Anderson has continued to attain further recognition and critical acclaim following each and every unique cinematic piece of work he puts forward, subsequently leading to a vast escalation in attention gained by mainstream audiences across the globe.

The screenwriter and director is habitually praised and not a stranger to criticism due to his distinctive methods and technical and decisions during filmmaking processes, with a divisive and peculiar flair and wistful bravado that has continuously been the subject of a number of debates both resulting positively and negatively.

His most distinguishing characteristic styles include his frequent use of vivid pallets and tones, symmetry, long tracking shots, his passion for periodic backdrops, and his back catalogue of committed, regular contributors that he rarely veers away from during casting procedures.

The weird and wonderful world of Wes Anderson and his delightfully extraordinary pictures are often populated by frequent collaborators of the director, his film’s significant key roles are generally filled by actors with a close working and personal relationship with the director, most notably veteran actors such as, Bill Murray, Anjelica Huston, Owen and Luke Wilson, Willem Dafoe, Adrien Brody, Jason Schwartzman and Jeff Goldblum have been found in a number of his pieces.

Nevertheless, the necessary candidate is usually perfectly selected for a role as Anderson’s casting choices very rarely miss the mark. Here are the ten finest casting choices to date.

Trying to separate the pair would be a criminal act, being as they spend the entire of “Moonrise Kingdom” doing their best to stay together. Kara Hayward plays the starry eyed Suzy, one half of a pair of fugitive youngsters blinded by undying love and on the run from their New England town.

Kara, along with her disbanded Boy Scout partner Sam, portrayed by Jared Gilman, against all odds, continuously battle not only the elements and wilderness, but groups of individuals, including an unstoppable search party on their tails, playing out as a heartfelt retelling of Romeo and Juliet set in North America.

The preadolescent leads naïve commitment and unwavering adoration for one and other is breath taking to witness, endearingly playing out as a charming piece of nostalgia sending audiences back to the days of harmless playground romance.

Gilman’s Sam Shakusky, a mature minded young boy who deploys cynicism and wisdom way beyond his inexperienced years, accepts his inability to fit in and embraces the life of an outcast, taking his determined girlfriend Suzy along with him to start a new life together in the great outdoors.

The couple’s unrelenting desire for a better existence with each other is fetchingly ingenious, finding the inner child-like core within us all to chase our dreams and be passionate about living life, most importantly with the ones that we love.

As child protagonists can be extremely hit and miss with regards to audience appreciation, Wes Anderson made a skilful casting decision when choosing his two convincing young performers, as we are absorbed into their authentic love story from the beginning until the very end.

Memorable Quote: “Were in love. We just want to be together. What’s wrong with that?”

Co-written by Wes Anderson and Luke Wilson’s well-known brother Owen, “The Royal Tenenbaums” stands as one of the directors most critically acclaimed and much loved films to date. An endlessly praised cult classic, which is treasured by critics and fans alike, and nominated for the best original screenplay at both The Academy Awards and BAFTA.

“The Royal Tenenbaums” tells the heart-breaking yet ironically funny tale of a dysfunctional, eccentric and eventually broken family, the titular Tenenbaums, where the lives of its three successful siblings descend into failure later in life due to their father abandoning them in their adolescent years. A film Wes Anderson wrote unexpectedly following the divorce of his parents.

Luke Wilson plays Richie Tenenbaum, a tennis prodigy with a pet hawk and penchant for drinking peppery Bloody Marys, who in turn is loosely based on the real life tennis player Bjorn Borg. Secretly in love with his adopted sister Margot Tenenbaum, Richie’s potential success as a tennis player ends in turmoil following a mental breakdown centre court in the middle of a match, allegedly following Margot’s wedding which had taken place the previous day.

Emotionally damaged, the stoic Richie Tenenbaum is intricately portrayed by Luke Wilson in one of his unsurpassed performances to date, never more convincing as the troubled character than in a harrowing scene in which he attempts suicide.

A powerful extract carried by the choice in backing music, as Elliot Smith’s haunting “Needle in the Hay” plays out, Richie moves away from his life as a successful sports pro, locking himself in the bathroom and shaving his head and beard, losing his instantly recognisable tennis star look which serves not as a fresh start, but locking it away before the end, as he finally takes the razor blade to his own wrists, a truly heart-breaking scene.

“The Darjeeling Limited” stands as Wes Anderson’s most overlooked and without question most underrated film, as it tells the enthralling account of three very different yet equally unhappy brothers as they petulantly travel across India together via train to visit their mother whilst attempting to bond with each other following the accidental death of their father a year earlier.

Despite being in the middle of two comedy veterans in the form of Owen Wilson as Francis, the eldest and Jason Schwartzman, the youngest brother Jack, amateur comedy performer Adrien Brody as Peter, the middle family member who comes away and not only the most likeable entity, but also the funniest of the three Whitman siblings. His first time working with the director, he effortlessly holds his own against not only the two Anderson alumni’s but also in a genre in which he is inexperienced.

Delivering every hilarious line he is accountable for perfectly with phenomenal deadpan wit, Brody is faultless throughout, the actor is responsible for the majority of the comical exchanges found in “The Darjeeling Limited”.

Yet away from the comedy elements of the film, Adrien Brody’s customary work in weighty dramas helped him to excel beyond his co-workers in the profound and more heartfelt pieces of dialogue, most notably in his passive declaration of being unable to save a young boy from drowning, and his longing for his late father, as he still holds onto all of his possessions whilst everyone else is trying to move on, a truly gut wrenching portrayal of trying to deal with the loss of a loved one.

As she always remains at a distance from those trying to get close to her, she perfectly renders the melancholic feeling of untouchable as well as inconsolable, seamlessly covering it up with her apparent dissatisfied and unenthusiastic mood.

Considered a style icon in the real world of fashion, Margot is a chain smoking, fur coat wearing awkward young woman who remains suitably displeased and unimpressed throughout “The Royal Tenenbaums”, an undeniably well executed depiction of an outcast angst-y teenager with many hidden emotional depths that could be found in homes all across America, no doubt serving as a role model for these said adolescents.

A soundtrack savvy Wes Anderson in one seminal scene, crafts Margot’s finest moment as we mesmerisingly see her stepping off of a bus in slow motion to Nico’s “These Days”, a moment the director had already written and chosen the music for years earlier.

Margot’s detached reservations continue to push her away from those that are close to her, eventually leading her into an unhappy marriage to Bill Murray’s Raleigh St. Clair. This being the cause of sibling Richie Tenenbaum’s distress and mental breakdown due to his blurry lined semi-incestual feelings towards his adopted sister and his inability to be with her, following her marriage to another man. Paltrow’s pivotal embodiment of longing pain and forced coldness is heart breaking to witness.

Memorable Quote: “I think we’re just going to have to be secretly in love with each other and leave it at that, Richie.”

Wes Anderson’s first attempt at an animation was his stop-start creation of the uplifting and sincere “Fantastic Mr Fox”, a warming cinematic retelling of Roald Dahl’s classic children’s novel of the same name. True to Anderson’s unique style, the visually stunning piece used hand crafted puppets, and was suitably inspiring and witty with the right amount of dark disparagement and melancholic tones to startle parents expecting an entirely family friendly adventure.

On top of this, the director’s usual collection of retuning high calibre actors all making vocal appearances, with the inclusion of newcomers such as Meryl Streep and the unforgettable George Clooney as the films loveable lead foxes.

Clooney’s engaging performance is resoundingly enthusiastic, undertaking his first ever animated film as the titular character to fascinating effect, portraying a typically wild animal with an unexpected class, charisma and style, albeit when he’s not savaging his way through stolen food. An egotistical creature, the Fantastic Mr Fox is enduring a midlife crisis, tired of living underground and with a incessant need to be awe-inspiring and make a name for himself before he’s gone.

Unable to stop his ruthless actions, despite his rational fear of death, the burning desire to inspire leads him to the life of creating a persona of a courageously devious bandit to his peers, and the local farmers, who he subsequently terrorises throughout the film, helping himself to their cider supply and livestock.

Despite his relentless thrill seeking, which is the direct cause of the resulting hazardous position he puts his whole family in, he is nonetheless a committed father and husband to his family, as he endearingly attempts to provide the best for them, perhaps as reasoning behind his flawed ego and resulting activities. An actor, who was eager to work with the Anderson, fully embodies the director’s comical yet real tone as the fox.

Memorable Quote: “I understand what you’re saying and your comments are valuable, but I’m going to ignore your advice.”