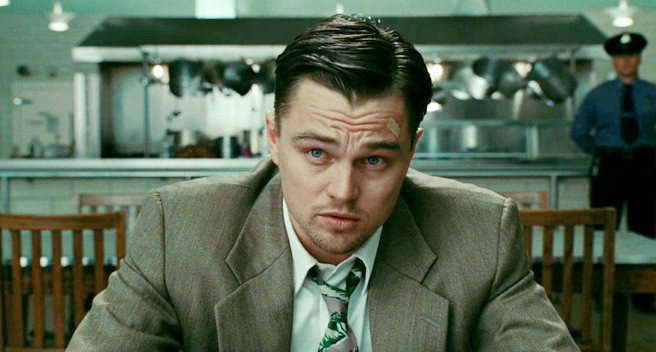 Unreliable narration strategies are not only a good opportunity for authors or directors to break with conventional plot patterns, they also encourage the recipient to rethink certain aspects of a book or a film.

At some times this can become quite puzzling. The most common forms of unreliable narration include a narrator that is either mad, non-trustworthy or limited in his or her viewpoint, a decomposition of the chronological order, multiple storylines and narrative loops or blurred borders between different states of consciousness.

Thereby, unreliable narration sometimes results in a plot twist which is an abrupt change of perspective that often involves a re-evaluation of the whole film.

Warning: Some of the film descriptions include spoilers, so you may leave out the ones you haven’t seen yet.

The biographical drama about the schizophrenic mathematician John Nash is an example of misdirection imposed by an unreliable narrator. But other than most of the films in this list, A Beautiful Mind does not necessarily fool the audience on purpose; most viewers just tend to misinterpret certain cinematic codes at the first viewing.

As the film switches a lot between objective and subjective perspective in a very floating and subtle way, the viewer often misses out the shift from the neutral perception to Nash’s perception. This way, it becomes difficult to differ between real events and things that only occur in Nash’s mind.

Yet, here and there is some obvious evidence of his delusion. For instance, when his imaginary niece runs through a bunch of pigeons in the park, you’d expect them to fly away – like normal birds would act like when being disturbed. But as the little girl only exists in Nash’s imagination, the pigeons aren’t disturbed by anyone and hence remain totally still.

After his acute schizophrenic episodes consistently worsened, he is finally diagnosed with paranoid schizophrenia and the viewer eventually discovers that Nash has been hallucinating some of the main characters all along.

Sometimes, the Lynchian narration is so unreliable that a logical unraveling of the narration is actually not possible anymore. By deconstructing space and time, the inner logic of the story and the chronology of the plot, Lynch ignores everything David Bordwell would define as part of classical film narration. Instead, most of his films have an open narrative, following the principle of the so-called Möbius strip.

Lost Highway is maybe the prime example of the Lynchian narration. In the course of the film it becomes increasingly difficult to differ between reality, dream, memory and video footage. And since memories and video recordings lose their truth claim as the film proceeds, the audience has to question everything.

Furthermore, Lynch adds doppelgangers to the plot, but never explains their existence. You could think that they’re just fantasies or maybe even ghosts but then again they regain their raison d’être for being captured on photographs.

We also have to question the material presence of the Mystery Man, a Mephisto-like strange man, who seems to be some kind of intermediary from another world and can overcome physical divisions.

In search of any logical explanation, the question is raised whether all this is the emergence of a schizophrenic mind. This assumption could be an explanation for the messed-up narrative, at least if you believe in Deleuze’s and Guattari’s well established Schizoanalysis that holds a theory assuming that every new schizophrenic episode creates a new narrator and therefore also a new storyline.

Either way, you definitely cannot trust the perception of the protagonist who himself actually even tells us, that he’s an unreliable narrator: “I like to remember things my own way. How remember them, not necessarily the way they happened.“

Big Fish might use the most playful art of unreliable narration. The film is actually about an unreliable narrator – a dying man called Edward Bloom who’s particularly good at storytelling. With his special gift Edward pleases most of those who are willing to listen to the story of his life. Only his son is frustrated by his stories which he regards as too fabulous to be true.

In a desperate need of finding out the truth about his father, he traces some old friends of Edward and is then told the story how it really happened. What follows are the most surreal and fantastic flashbacks that include a small, utopian town in the middle of nowhere, a giant, a werewolf, Siamese twins and so on.

In the end, it turns out that even though Edward exaggerated here and there and embellished some aspects of his story, he always stuck to the truth in some kind of way. And even more important, he never tried to fool someone intentionally – which makes him the most innocent unreliable narrator of this list.

Gone Girl features not only one but two unreliable narrators. In the first half of the film, the two main characters Nick and Amy are not only lying to the viewer but to nearly everyone around them.

Nick and Amy are a married couple that once were madly in love but have become distant towards each other in time. One day, Amy disappears and Nick becomes the primary suspect of the investigation although he claims to be innocent.

In order to support the unreliability of his narrators, David Fincher used fake flashbacks based on made-up diary entries. This way, the viewer gets a false impression of the marriage of Amy and Nick.

You actually cannot really decide whom you should believe until there’s the radical shift of narration perspective in the middle of the movie and the real liar is finally revealed.

Yet, it’s not the ending of all the lying.

Shutter Island is one good example to prove that Martin Scorsese became a director of great diversity over the past years. The reason why Scorsese succeeds in so many different kinds of genres is his overwhelming ability to depict the emotional depths of his characters by surrounding them with an environment that strongly enforces their inner struggles.

In order to create a story of permanent unreliability, Scorsese connects the psychological struggles of the protagonist of Shutter Island to the environment of a mental asylum on a dreadful island. For a long time Scorsese makes the viewer believe that Edward ‘Teddy‘ Daniels is sent to Shutter Island to investigate the disappearance of one of the asylum patients.

Also, he tries to find the murderer of his wife. Though there are some signs that may indicate that Teddy is an unreliable narrator, most viewers were utterly surprised when the truth was revealed: Teddy himself is a patient of the asylum who suffers from a dissociative identity disorder ever since he killed his manic depressive wife after she had drowned their children.

In order to repress his trauma, he creates the role of the U.S. Marshall Edward Daniels, which is by the way an anagram of his real name (Andrew Leaddis), as well as the name of the patient he’s looking for (Rachel Solando) is an anagram of the name of his dead wife (Dolores Chanal).

In a last effort to cure his mental illness, Teddy’s psychotherapists let him live out the identity of the Marshall in a grotesque role play which fools not only Teddy but the audience as well.