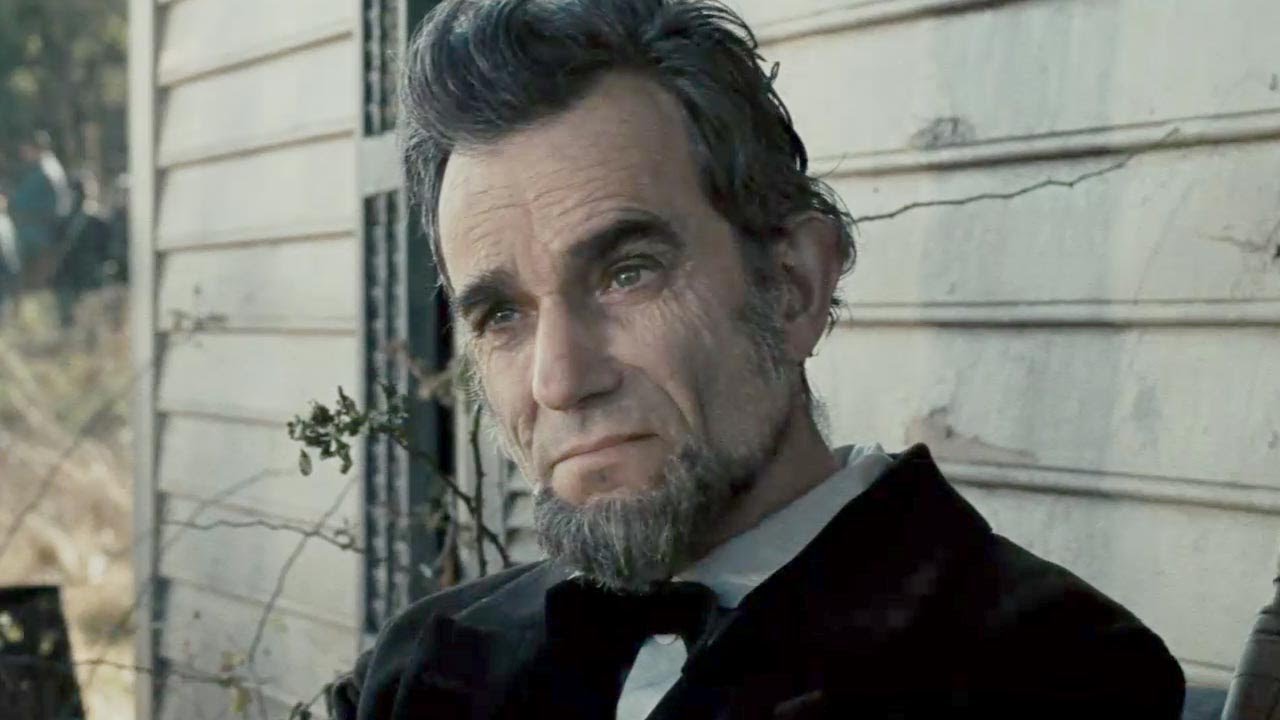 As this article is being written, America’s passing through the primaries in each state of the nation to decide the candidates for presidency for both parties. Donald Trump and Hillary Clinton seem to be the frontrunners right now, but previous experience tells us anything can happen, and the rich history of American presidency has been unsurprisingly a hot topic in the cinematography of the US.

Of course there’s also been many times in which filmmakers opted to put a fictional president onscreen, but for the purposes of this lists, only the real-life figures count, and the ones actually represented by an actor, not shown in archive footage (so All The President’s Men and JFK are not here, either).

Look at this as a list of the finest performances offered by thespians facing the challenge of putting a well-known and beloved (or hated) figure to the screen. 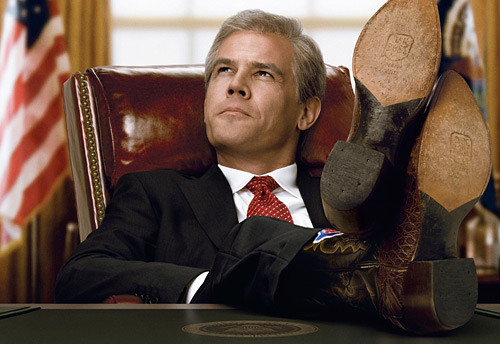 W. debuted in American theaters on October 17th, 2008, the end of the last year of George W. Bush’s administration in the White House. With the divisive nature of the president it portrays, W. was bound to elicit different reactions from different audiences and critics.

Josh Brolin’s performance as the youngest Bush president, however, was unanimously praised not only as a good imitation of a very current and freshly remembered real-life figure, but as a very appropriate take on Bush as a character, matching the film’s not-as-harsh-as-you’d-expect judgement of Bush’s life and presidency and building a deeply fleshed out and human character.

Brolin’s Bush, much like Oliver Stone’s movie, avoids presenting him like the butt of a joke, or a calculating monster. The actor’s work here, ignored by all the major awards the following year, is admirable in the way it reveals and expresses Bush’s fundamental loneliness and convoluted mind, rendering all the accusations of the film’s critics, who called it “toothless” if compared to previous Stone efforts, essentially misguided.

W. is neither Nixon nor JFK, but it’s a fascinating character drama with an acute and humane eye for the time its protagonist was the most powerful man in the planet. 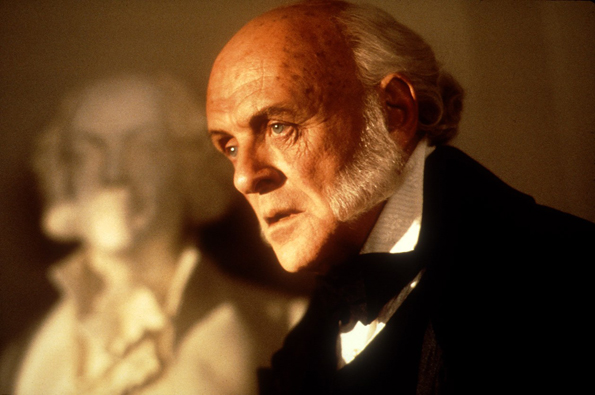 It’s curious that a British actor, Sir Anthony Hopkins, has the distinction of being the only actor nominated twice for the Oscars for performances in which he incarnated American presidents. He’s also the only actor to appear twice in this list – but first, let’s talk about his brilliant performance as John Quincy Adams in Steven Spielberg’s terrific Amistad, a movie about a slave ship taken over by the slaves themselves in 1839, and the following trial of the man who led the mutiny.

While serving in the U.S. House of Representatives, almost two decades after his stint as the 6th president, Quincy Adams was called upon by the attorneys on the case to speak on behalf of the slaves – his four-hour argument in front of the Supreme court was victorious, and the slaves were freed and sent home.

This inspiring story of one of the American presidents most engaged in the abolitionist movement profits from Hopkins uncanny ability to convey the tones and undertones of screenwriter David Franzoni’s dialogue. His performance as Adams is dignified, but preserves that gleam in the eye that denotes the tremendous intelligence upon which such dignity relies.

Often, Hopkins is the most riveting aspect of Spielberg’s monumental courtroom drama – supported by a terrific cast including Morgan Freeman, Djimon Hounsou and Matthew McConaughey, Hopkins delivers one of his finest works here. 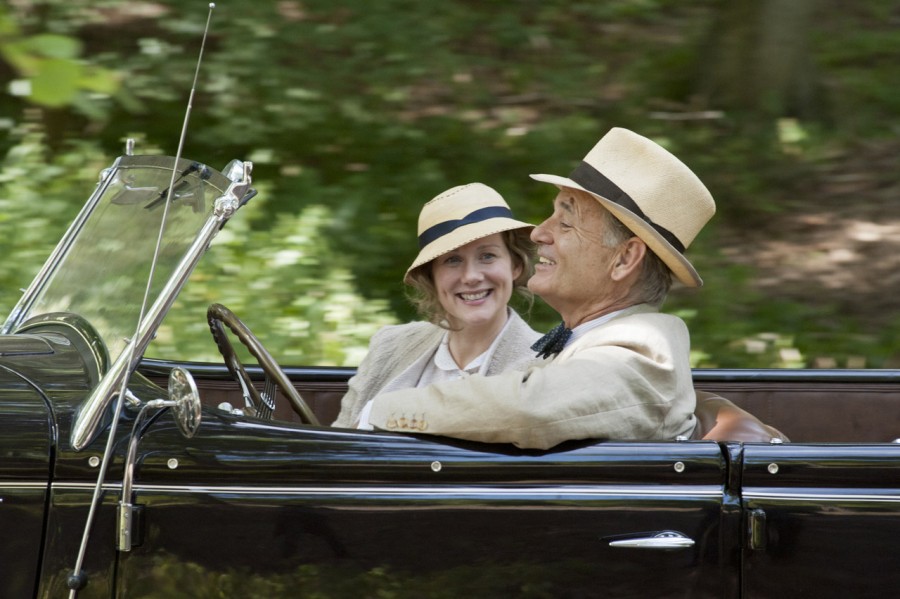 Though Roger Michell’s film was received with lukeward reviews by critics, Hyde Park on Hudson is still a wonderfully light portrayal of Franklin D. Roosevelt, one of the most emblematic figures in the US presidency’s history.

Set in 1939, in the King and Queen of England’s first visit to America, in upstate New York, when FDR accompanied them while reconnecting with a distant cousin with whom some historians say he had an affair. Laura Linney as said cousin, Olivia Colman as Elizabeth and Olivia Williams as Eleanor are all gracing presences onscreen, but Hyde Park on Hudson’s heart is in Bill Murray’s performance as Roosevelt.

The more frequently comic actor, who has proven again and again he has more range than we credit him for, received high praises from critics, with Roger Ebert writing he “finds the human core of this FDR and presents it tenderly”.

Hyde Park on Hudson is mostly an amenable movie, not one of the political hard-hitters that make up most of this list, and Murray’s FDR is perhaps the most warm-hearted and kind portrayal among these performances, but that doesn’t make it any less terrific. As an ideal and a character, Murray’s FDR is impeccable. 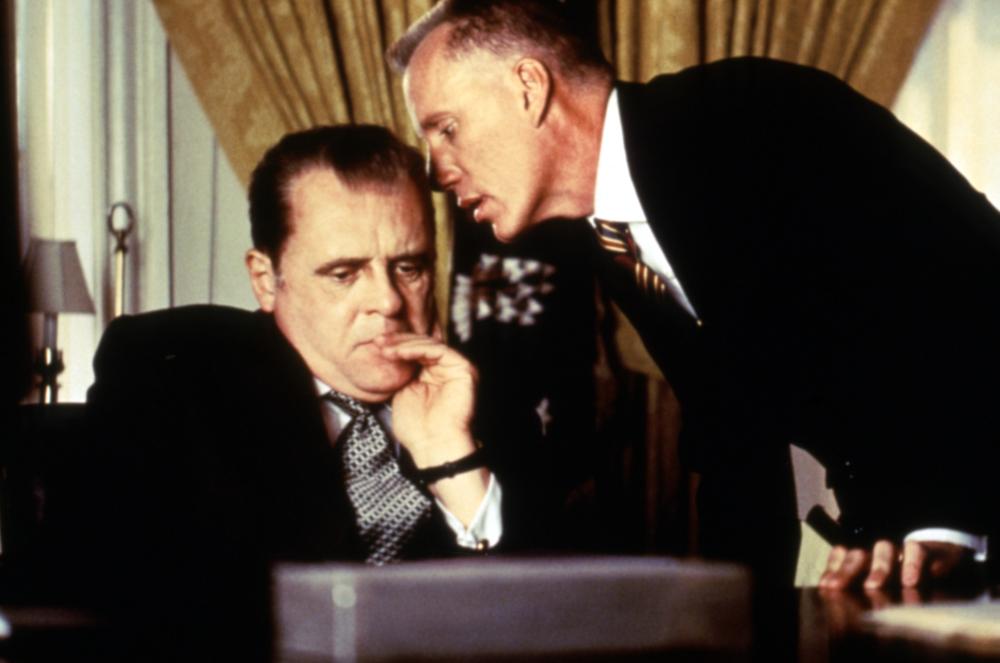 Clockin at 192 minutes, Nixon is a colossus of a movie, a political opera dedicated to displaying its titular subject as both a victim and a product of “The Beast”, the term our protagonist uses to describe the flawed political complex America is built on.

In a way, the film’s monumental length goes well with the casting of Hopkins as Nixon, since the British actor never really looked like the most infamous US president of all time – his performance is even more tricky because of it, the false teeth, the exaggeratedly hunched back getting in the way of the performance. Hopkins rises above it, though, playing his put-upon Nixon like he would play Shakespeare’s deformed king, Richard III.

In short, Hopkins’ performance is a wickedly smart and terrifically understanding of the man behind the scandal, the system he was subject and reproducer of, and all of the political and historical warts of the story the movie follows.

It’s good Stone had a theater-bred thespian with him for this epic ride through a dark time in American history, or his ambitions would probably be snatched by a too-perfect, too-on-the-nose Nixon. With Hopkins, is all about the details. 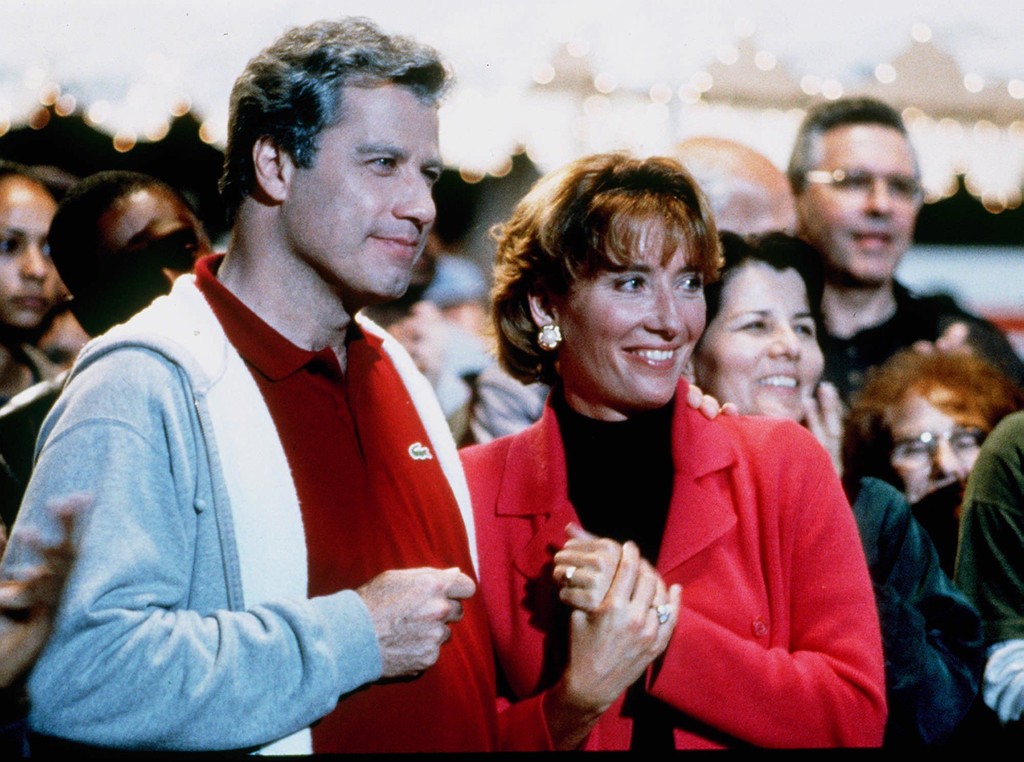 A roman à clef if ever there was one, Joe Klein’s initially anonymous novel Primary Colors changes the names of the characters as to characterize it as a work of fiction, but actually portrays Bill Clinton’s first presidential campaign in 1992, especially, as the title suggests, the state primaries in which he went up against other candidates of the Democratic party.

Made into a movie in 1998, while Clinton was still in office, the movie cast a post-Pulp Fiction, pre-Battlefield Earth John Travolta as Governor Jack Stanton, the thinly disguised stand-in for Clinton in Klein’s novel, and confided in Mike Nichols’ and Elaine May’s talents to turn it into the darkly funny political comedy it became.

With other heavy-hitters coming in to portray the supporting characters, including Academy-Award winners Emma Thompson (Hillary Clinton), Billy Bob Thornton (James Carville) and Kathy Bates (Betsey Wright), Travolta could’ve been overshadowed, and probably a lot of people think he was.

His mirroring of Clinton’s mannerisms, though, is what gives the movie the credibility as a scathing portrayal of a real-life presidential campaign – and his understanding of the film’s rhythm and tone keeps it all together, creating a cohesive and ever-so relevant political satire.