Audiences who were blown away by Leigh’s performance in The Hateful Eight may not have instantly recognised the 53 year old actress from her previous work, and if so, they’ve missed out on some of the strongest female performances of the past four decades.

Leigh herself admits that she’s never planned her career too far ahead, taking on each role as it comes, but this daringly haphazard approach has served her well for the most part, challenging Leigh to tackle a huge variety of roles that many other performers would have struggled to master in the same way.

The one constant throughout Leigh’s illustrious career has been the critical acclaim, yet high profile award recognition has largely eluded her. People may complain about Leonardo DiCaprio’s long standing snub at the Academy Awards, but at least he was nominated, five times no less…

Leigh’s recent back-to-back roles in Anomalisa and The Hateful Eight number among the best of her filmography, and now that she’s finally received an Oscar nomination for her role in Tarantino’s latest hit, 2016 marks the beginning of an important new chapter in Leigh’s career. 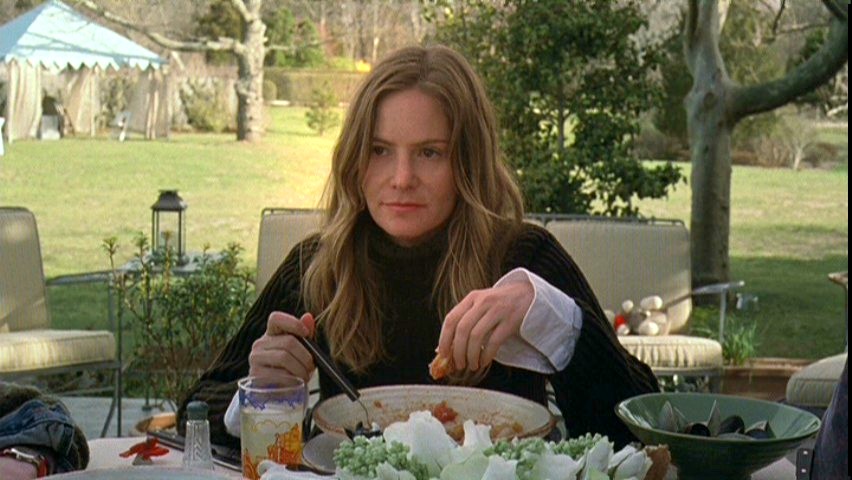 Leigh’s former marriage to indie darling Noah Baumbach resulted in two relatively high profile roles for the actress back in the late 2000’s. The first of these pitted Leigh alongside Nicole Kidman in a family drama that explored the typical neuroses one would expect to find in a Baumbach film.

Margot at the Wedding received mixed reviews upon its release, but blame was largely placed on an uneven script that failed to engage audiences, despite valiant attempts from the stellar cast.

Jack Black impressed working outside of his comfort zone and Kidman may be the central focus of the narrative, but Leigh is the quiet standout of the entire ensemble, portraying a hesitant parent who is about to have a second child. Those used to seeing Leigh play more tortured characters will be impressed by the restraint of her performance here, exploring the boundaries of sibling tension in a way that feels uncomfortably realistic. 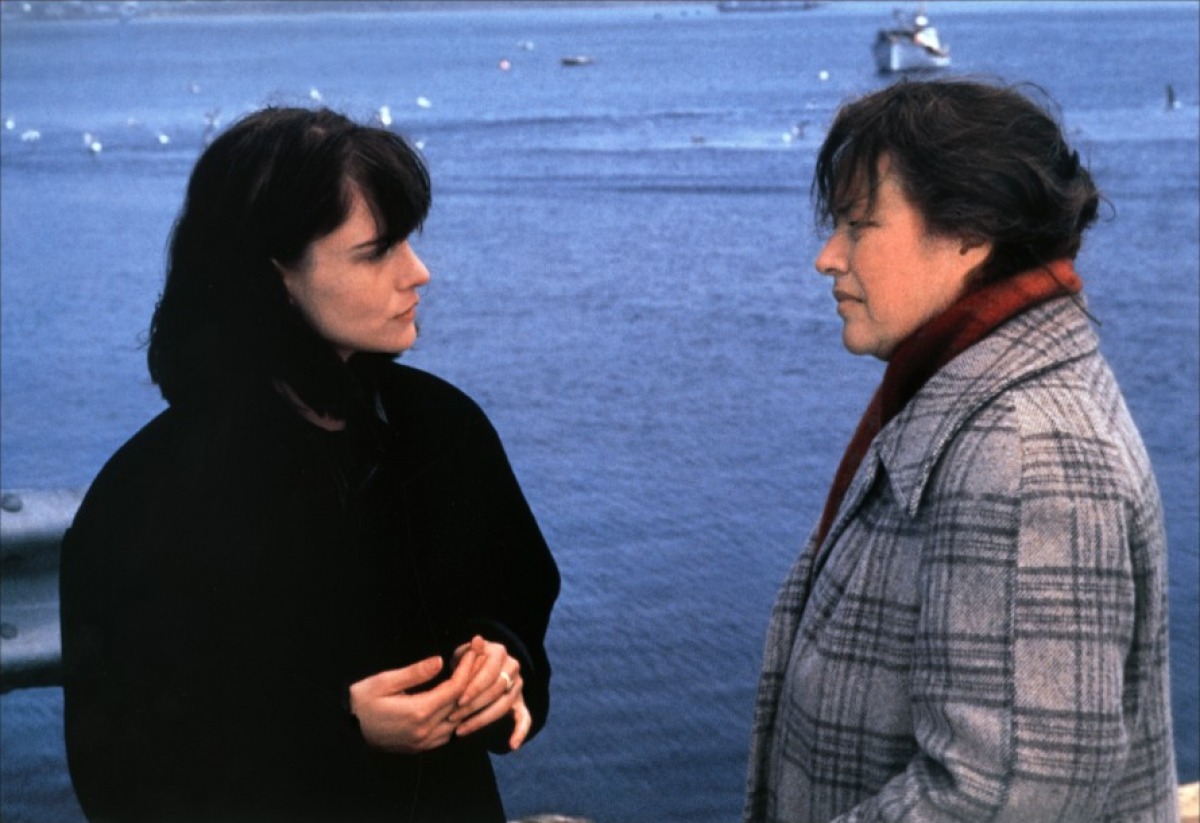 Melodramas may have fallen out of fashion since their heyday in the era of classic Hollywood, perhaps due to their unrealistic plots and over the top performances, but the genre still deserves respect. Modern attempts to replicate the tone of melodramas such as Mildred Pierce and All That Heaven Allows sometimes fall short, but Stephen King’s underrated novel Dolores Claiborne was a surprise success in the 1990’s, pairing Jennifer Jason Leigh with the legendary Kathy Bates.

Bates has said that her powerhouse performance in Dolores Claiborne is her favourite role to date, so it’s understandable that audiences typically associate the film with Bates rather than Leigh. In retrospect though, Leigh’s role as the damaged daughter is just as impressive and the chemistry the two share is full of deep, bitter resentment that may feel all too familiar for many families out there.

Leigh’s most powerful scene in Dolores Claiborne occurs towards the end of the film, during a disturbing flashback that reveals the extent of her fathers evil. As realisation takes hold, the full horror of Joe’s transgressions are etched across Leigh’s face and suddenly, everything falls into place. No words are needed. 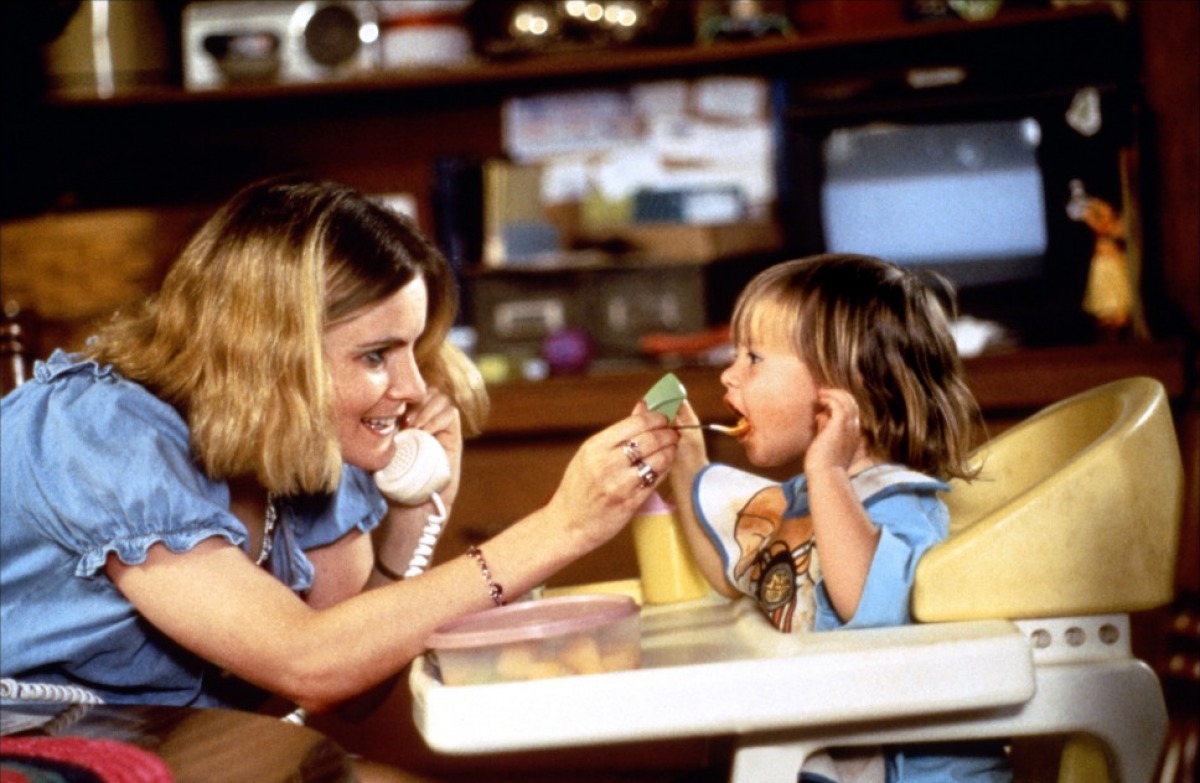 Robert Altman’s films are characterised largely by the impressive ensembles that he assembles and the way in which he successfully shares the spotlight between each performer. Priority is rarely given to the biggest stars. Instead, Altman shifts the focus according to what the story requires.

In Short Cuts, one of the legendary director’s most successful films, Altman juggles a cast of 22 principal characters who are loosely connected by common themes such as chance and death. Inspired by nine short stories and a poem written by Raymond Carver, Altman has a lot of material to work through, but within this daunting project, Leigh remains a standout performer throughout.

Leigh always prepares heavily for each part she plays and the role of a phone sex operator in Short Cuts was no exception, prompting the actress to spend time in a real life phone-sex office. The experience evidently paid off; Leigh ended up brilliantly improvising most of her dialogue for the scenes where she worked over the phone while changing her newborn baby diapers. 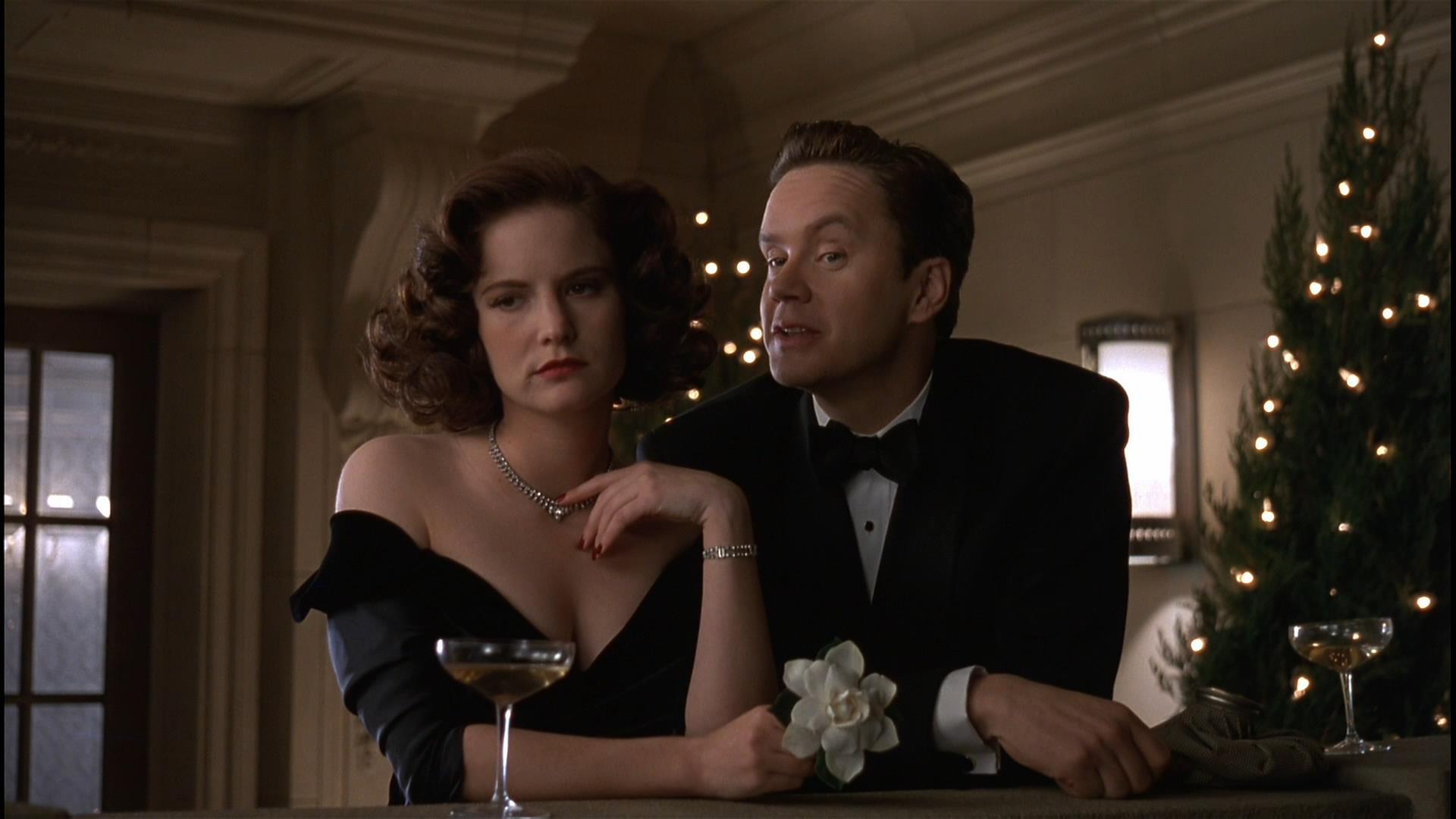 Long before the Coen Brothers became the award darlings that they are now, Leigh won a coveted part in The Hudsucker Proxy, beating out both Winona Ryder and Bridget Fonda for the role of Amy Archer, a motormouth reporter styled in the vein of classic screwball comedy actresses.

Forget Cate Blanchett’s Oscar winning performance as Katherine Hepburn in The Aviator; Leigh embodies the spirit of the legends most iconic roles with both her physical and vocal tics, as though she has been transported directly out of the screwball era.

The Hudsucker Proxy was the Coens first attempt to break out of the indie scene and achieve mainstream success, but unfortunately, the film bombed at the box office, denying Leigh the exposure a role like this deserved. 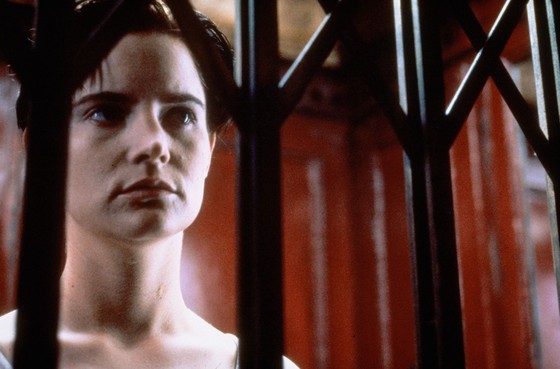 In one of her most popular roles to date, Leigh took on the part of a psychotic stalker obsessed with Bridget Fonda in Single White Female. The movie itself isn’t particularly original, but the performances of both leads elevated the B-movie material into a film both hugely entertaining and even disturbing.

Fonda is genuinely excellent in the titular role, but the reason why people still talk about Single White Female almost twenty-five years later is due entirely to Leigh’s chilling take on the seemingly innocent Hedra and her gradual descent into lunacy. Lesser performers could have portrayed her as an evil caricature, but Leigh added huge depth to the role, humanising Hedra to the point where we feel as much sympathy as horror at her sad existence.

For her efforts, Leigh was awarded an MTV Movie Award for Best Villain of 1992. Recognition of any kind is good, although one can’t help but feel that Leigh deserves far more prestige for the work she’s completed to date…