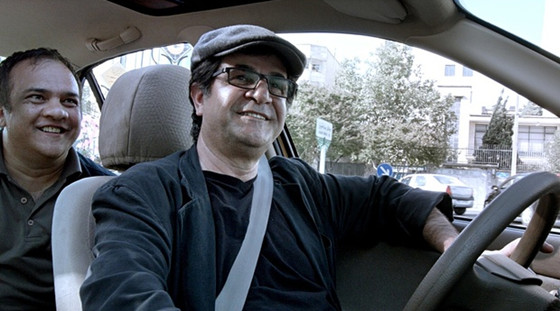 As the world reverberated with the news of Iran’s lifted sanctions, the Fajr International Film Festival recently unveiled its official selection of films for 2016. With Iran predicted to become a major tourist destination in the coming years, it is only logical that interest in the country’s culture – and cinema – will become more widespread.

Iranian cinema has already gained a reputation for excellence, with work such as Jafar Panahi’s The White Balloon and Asghar Fahadi’s A Separation widely regarded as masterpieces in poignant storytelling. This trend looks likely to continue into 2016.

This year, we can look forward to work from Mostafa Kiaei, whose film Barcode will be shown, and Houman Seyyedi, who starred in the wonderful I am Diego Maradona last year. We can also expect a new film from esteemed director Kiomards Pourahmad, titled Where Are My Shoes.

In preparation for a tidal wave of Persian interest, let’s take a look at some of the highlights of 2015. 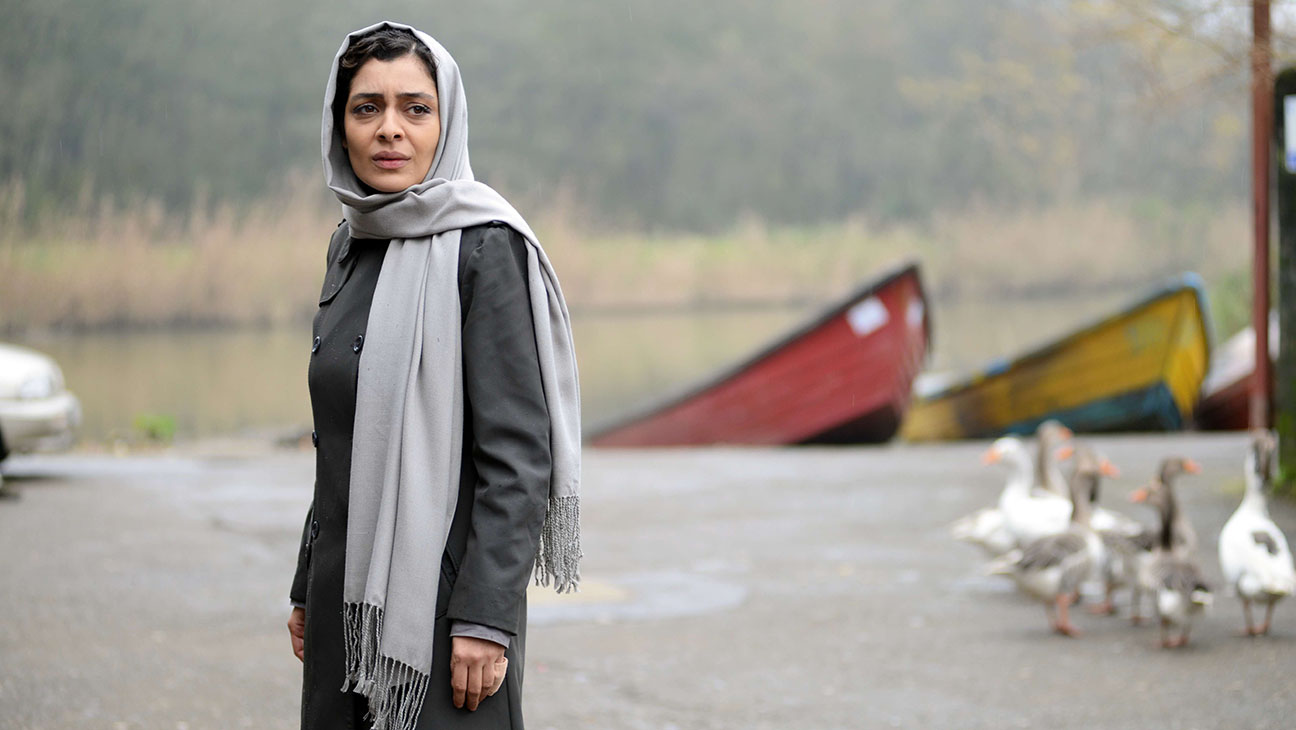 The divorced Nahid lives in a coastal town with her troubled teenage son Amir, where she is trying to make a fresh start. However, as her gambling, addict of an ex-husband has stipulated in the divorce settlement, she is not allowed to remarry as long as she has custody of Amir.

Nahid, who has begun a relationship with gentle hotel owner Mas’ood, finds herself in a quandary – should she sacrifice her new love to maintain custody of her son? Temporary marriage, or sigheh, might just be the solution to Nahid’s problem, but it doesn’t come without problems of its own. Temporary marriage, a measure that solves all kinds of loopholes in Islamic matrimonial law, allows Nahid to continue her relationship with Mas’ood, but does not come without social stigma of its own.

Nahid must contend with the day-to-day struggle of sickly relatives, as well as her increasingly rebellious son. Her love life is continually put on the backburner. Just as in real life, Panahandeh’s women do not make romantic ties the center of their universes, but simply a small part of their daily existence. The film’s meditative pace also works to lend a sense of the circuitous way we conduct our lives.

The lives of several people become intertwined in this mesmerizing drama. A road movie of sorts, the film focuses on a young driver and the fares he picks up.

The spirited Nabat and her brother Sadeq are the first to join him, and while it is not clear what their incessant squabbling is about, it is soon apparent that they are on the run from someone. They are shortly joined by a woman of mysterious circumstances (played by the wonderful Mahtab Keramati), who claims she wishes to be reunited with her trucker husband in Kashan.

As Nabat bonds with the woman and her baby, she begins to open up about her past – stuck in a temporary marriage to an invalid more than twice her age, she has no wish to have her life dictated to her.

Unwished takes a bold move in setting the drama almost entirely in the car interior. The claustrophobic, contained space of the vehicle allows the camera to examine a group of people who do their best to keep their cards close to their chests. Almost in contrast to the isolated, sweeping desert landscapes the characters traverse, the car is crowded, enclosed, and inescapable.

As the group thins out to Nabat and our driver, we embark on a fable-like journey, where every chance encounter seems to take on spiritual meaning. Nabat and her companion experience moments of joy, playfulness, and mistrust as they become more at ease with one another’s company. The power of the film lies in its clever use of dialogue and naturalistic performances, while beautiful, dream-like imagery of the country’s topography serve to celebrate the gift of life itself. 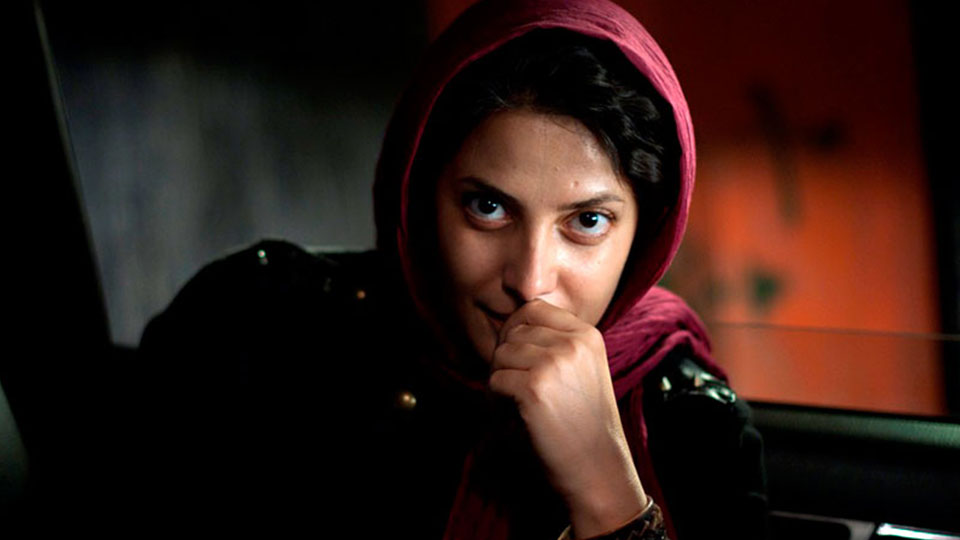 Winner of the Best Director and Best Film awards at the 33rd Fajr Film Festival, Crazy Castle takes its name from the chess piece that, once its team has lost all hope of victory, chooses its own demise to end the game with a tie. The same strategy seems to be employed by the characters in Davoodi’s riveting drama, which focuses on the lives of several young people, or ‘Orphans,’ as they refer to themselves, who meet through a social media group.

Pirooz comes to term with his father’s death, while drug addict Madana, engaged couple Kaveh and Ghazan, and the mischievous, military service evader Masood have all lost a parent.

When they meet for an evening of fun, a seemingly harmless prank goes horribly wrong, and the group struggle to handle the aftermath of a terrible accident. Mind games and ultimatums ensue, and as the ‘orphans’ come to understand one another’s histories more, they learn that what we see on the surface of people’s personas can be misleading.

Crazy Castle examines the way we portray ourselves on social media, and if we can ever fully ‘know’ those we interact with online. Pirooz ponders how far he would, or should, go to help his new friends, and if they can even be considered friends at all.

In this digital age, the film questions what it means to form connections on the web, and whether we should stop to consider the consequences of doing so. The lead actors’ portrayal of the privileges of contemporary youth injects new life into Iranian drama, while the sharp twists of the script keeps the audience perpetually on its toes. 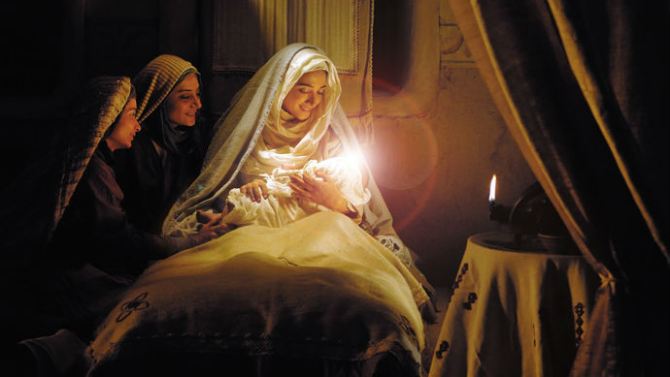 The first in a proposed trilogy, Muhammad boasts the highest production budget in the history of Iranian cinema. With cinematography by Vittorio Storaro (of The Last Emperor fame) and a soundtrack by Slumdog Millionaire composer A. R. Rahman, the film also has a far more international collaborative team behind it than we are accustomed to seeing in Iranian film. This, coupled with the film’s subversive subject matter, created strong anticipation for its scheduled premiere at the Fajr Film Festival.

The story chooses not to focus on the life of Muhammad himself, but the oppressive circumstances of his immediate world. Under the king of Habasha’s orders, an attack is launched on Mecca in order to destroy the most sacred Muslim site in the world. Muhammad is born a month after this event.

Visually, the film is stunning; a palette of amber and midnight hues bring a romantic mysticism to the events, while epic overhead shots emphasize the vast, sprawling Mecca of the sixth century. A complete replica of the Ka’aba shrine was built for the set. The overall effect is more reminiscent of Hollywood than anything we have ever seen in Iranian film before.

While the film has met with criticism from mainly Sunni Arab regions for its depiction of Muhammad, Majidi’s decision to focus more on his formative years means that we glimpse the world from the point of view of a boy who is not yet the Prophet. As we do not see his face directly, the camera itself often becomes Muhammad’s eyes. A new dimension is thus added to this ambitious work, and it will be interesting to see how the next installment fares.

6. What’s the Time in Your World? (Safi Yazdanian)

This first feature from documentary filmmaker Safi Yazdanian takes a look at the nature of love. Starring real-life couple Leila Hatami and Ali Mostaffa, the film explores how it is possible to harbor strong feelings for someone without expectation or demand.

Artist Goli (Hatami) returns to her Iranian hometown Rasht after years of living in France. She is somewhat surprised to be greeted by the quirky Farhad, a local frame-maker, who claims to know her well, despite her having no recollection of him. Soon, he seems to appear wherever she goes, gradually bringing Goli’s hidden memories of her life to the surface.

The pair fall into a pattern of ambling walks and leisurely conversation, while flashbacks to their younger days reveal that Farhad’s past is much more strongly linked to Goli’s than she imagines. Soon, it is Goli’s life in Paris that seems far off and imaginary as the two discover, or rediscover, a meaningful friendship.

The film’s beauty lies in its chemistry between the leads, and the astonishing elegance of its imagery. A memory of orange peel roasting on a grate is almost alchemistic in its ability to evoke a sense of childhood, while Farhad’s romantic reimagining of Parisian streets conjures up a private dream world only inhabited by Yazdanian’s characters. The languid communication creates a sense of intimacy between Goli and Farhad, and is reminiscent of interactions in Krzysztof Kieslowski’s Three Colours trilogy.

The soundtrack is similarly minimal, with simplistic, layered acoustic guitars mirroring Goli’s memories as they are uncovered one by one. Winner of the New Currents section at the Busan International Film Festival, What’s the Time in Your World? is by far one of the most romantic, original offerings from Iran in recent times.