In another dystopic location in time, the year 2027 to be precise, mankind is on the brink of extinction, as pregnancy is now a thing of the past and humans are slowly but surely disappearing, until a pregnant woman is discovered and she is the world’s newest and possibly last hope.

Also heavily dependent on symbolism, with scenes such as the one with the man in Battersea, with all his paintings and no one else to keep him company, in complete isolation. A scene reminiscent of the way that today’s civilization works, and truly a shocking one at that.

A movie that can hardly be placed in just one genre, it uses truly masterful cinematography and pacing, never loosening the grip on its viewer, be it during a car chase (one of the best that have appeared on film at that), or a speech (delivered by Clive Owen at his arguably best performance), blending satire, science fiction and action into one of the most memorable movies of the past decade.

Jumping to the late 20th century, this under-rated art gem is a vision of the dystopic not-too-distant future, in which people’s fates are set depending on the manner of their birth. The story’s protagonist, an “inferior”, goes against his fate and the system, in what is a modern analysis of the human spirit, cleverly explored through a science fiction.

What makes Gattaca truly stand out from most of the sci fi movies of its time though, is the details, mostly expressed through language. Names, locations and many phrases are spoken symbolically touching much greater matters, such as Eugenics, while the film’s name itself is a reference to the nucleobases of DNA, mark of a true mind enriching movie.

If 2001 is a movie that has nothing at all to do with feeling and the human condition, then this film is its exact opposite. Yet another extremely slow burning movie, definitely not for someone that has little interest for this genre, Solaris is, if nothing else, a study of humanity as a whole, touching matters such as conscience, love, or the nature of humanity even, in true Tarkovsky fashion.

It also tried its best to give a realistic depiction of the future with its limited budget, having memorable scenes such as a 5 minute drive through a city of the future, which, while by now might seem dated to most people, but at the time of their release were considered groundbreaking and unique.

Or even inside the space station, most of it might seem uninteresting to some viewers, since the point of the film is actually not as much about the science of space travel, but rather the science of human relations, and might be regarded as a mostly poetic approach to the genre. 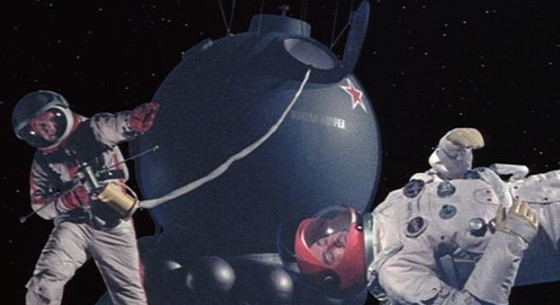 Another slow paced sci fi movie, that tells the story of three astronauts and their mostly waiting to be rescued by NASA while trapped in space due to a failure of their capsule. This movie spends its time showcasing the (classic for the subgenre) zero-gravity atmosphere as well as lets its effects grip the audience’s attention.

What Marooned is most famous for, though, is its dealing with philosophical matters and the possibility of dying for the greater good. At its time, such a reasoning was rather disturbing, especially so the reasoning of Scientist Stone’s, character who becomes a metaphor for the entire movie.

The other two astronauts, played by a very young Gene Hackman and Gregory Peck, deal with the possibility of death in very different and unique ways, making up for the movie’s runtime with some of the most interesting conversations the genre has to offer, be they about life and death, or basic human instincts for survival.

It is extremely interesting noticing how the different characters cope with the given situation.

A movie that truly needs no introduction, this Kubrick masterpiece is nearing 50 years from its release and still somehow manages to be relevant in most of the technological predictions it made, while at the same time bringing the hard sci-fi label to cinema, as it initially was restricted to books.

From tablets to face-calls to those exceptional space station and spaceship models, the technical detail contained in repairing a broken spaceship module, or even the image of the earth from outer space and the process of the moon landing (neither of which were available at the time, since man first set foot on the moon the year after) make for an experience most film-makers today can only dream to give their audience.

While most of the films on this list tried to follow the “standard” Hard SF route and minimize the artistic liberties taken by their directors, this film simply decided to make the human characters show little to no feelings, trying to make its point about humans and AI, while its last chapter, so to speak, completely disregarded that way of thinking and according to many, that’s what made it the timeless classic that it is considered today.

Author Bio: Chris Tsoukaladelis is an electrical & computer engineer student living and studying in Patra, Greece. Ever since he started watching movies for more than pure entertainment, he was drawn to films made by Kubrick, Pasolini and Tarkovsky.