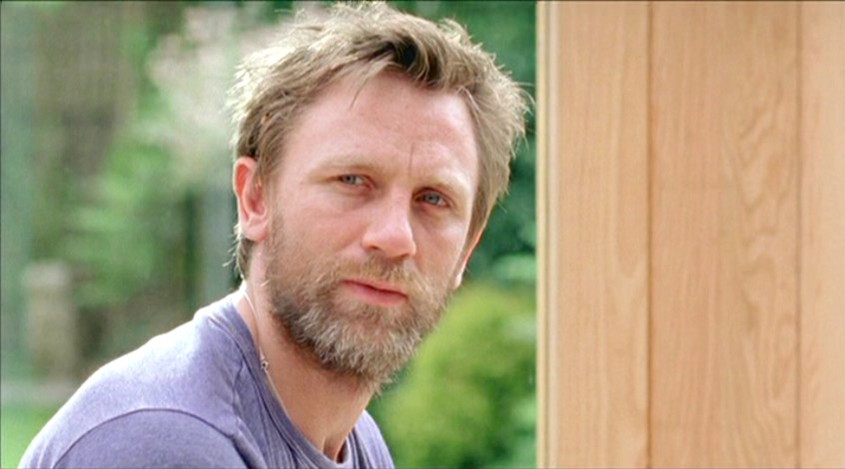 Daniel Craig was one of two actors, after Timothy Dalton, whose acting credibility was as much a deciding factor in his casting, as well as his looks and public persona. But where Dalton´s films disappeared from U.S. cinemas almost as quickly as they arrived into them, Craig brought Bond four of the most successful films the fifty year series has ever helmed. But newspapers were less than enthusiastic on his initial casting.

“He’s Blond, he’s ugly, he’s short” screamed the tabloids as Chester actor Daniel Craig was announced as the successor to Pierce Brosnan’s 007 in 2005. Fast forward ten years, and everyone from former Bond´s Brosnan and Roger Moore to stalwarths Bruce Willis and Jonathan Ross have proclaimed him as the greatest Bond ever. Ever.

But such rhetoric perhaps has not sat well with Craig; if recent interviews are to be believed, Craig may be hanging up his Walther PPk relatively soon (his infamous “I’d rather slash my wrists” comment not with-standing, Craig has been reluctant to talk about a future as Britain´s favourite secret agent).

A blow to Bond fans, Craig´s acting bow contains many strings too lucid for Tom Ford suits, as many of his other film roles have shown, ranging from religious counter-terrorists to lascivious homosexuals to animated villains to sagacious writers to concupiscent colleagues. 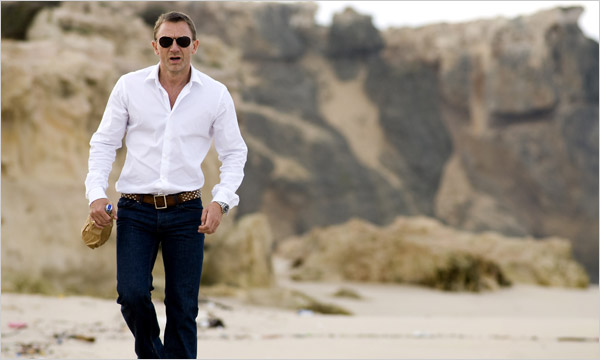 “I really don´t like looking at myself through your eyes” as Joe Scott indulges himself further and further into fatal intoxication, refusing to accept that his frivolous behaviour may have cost him his acting career, as colleague Mannie Miesel (played by Craig´s real time best friend Mark Strong) pointedly reminds him again and again that his career “is over”. Haunted by memories of his past, Scott becomes pensive, resolute and ever more determined to rediscover his past self. All of which is played effectively by Craig.

“Flashbacks” is hardly a cinematic masterpiece, its use of stylised lighting to highlight the seventies are embarrassing, the film´s storyline more than a tad cliched, but while Craig remains on screen, then it is arresting.

If ever an actor could play a part cerebrally, Craig is the one, his gaunt face capable of expressing more than smiles or whimsical feelings, strengthening an otherwise flawed film. Earnestly conversing, Scott that “When I was a child I used to think that being brave meant that you had to take ownership.” before correlating it with the heartbreaking coda “But the only thing you need courage for is for standing still.”

9. The Adventures of Tintin: The Secret of the Unicorn (Steven Spielberg, 2011) 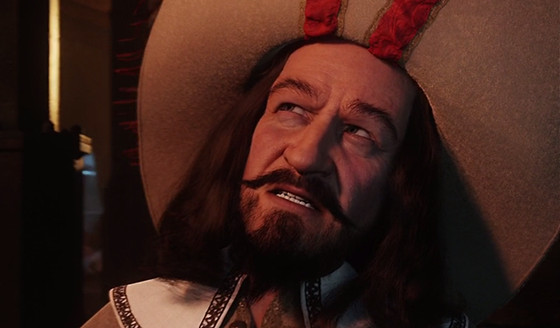 For each and every one of Craig´s strengths, humour doesn´t seem to be one of them. “Daniel Craig´s Bond films are humurless” scoffed John Cleese, Sinclair Mckay wrote a telling piece asking whether ” Is 007 now simply a death-defying dullard?”, Charles Moore lovingly described Craig´s Bond as a burly lout with a chip on his shoulder- not quite the stuff of comic legends, eh?

It is a great surprise to find his vocal performance as Ivan Sakharine is a glorious displayof slapstick ingenuity; he is very, very funny here. Effortlessly stealing the film (impressive, given that comic legends Simon Pegg and Nick Frost also co-star in the picture) Craig´s performance hyperbolises moustache twirling to near perfection, pulling the rug from Jamie Bell´s bland performance as Tintin and Andy Serkis´s ridiculous attempt at a Scottish accent.

Audiences for once almost wish victory for the villain and given that Herge´s character had not even a fifth of the attention given to him in the original comic strip, it is impressive. Craig also delivers a natural affinity to aristocracy as Sakharine, his enunciated accentuation key to the performance, another contrast to his portrayals as drug lords and murderous sociopaths. 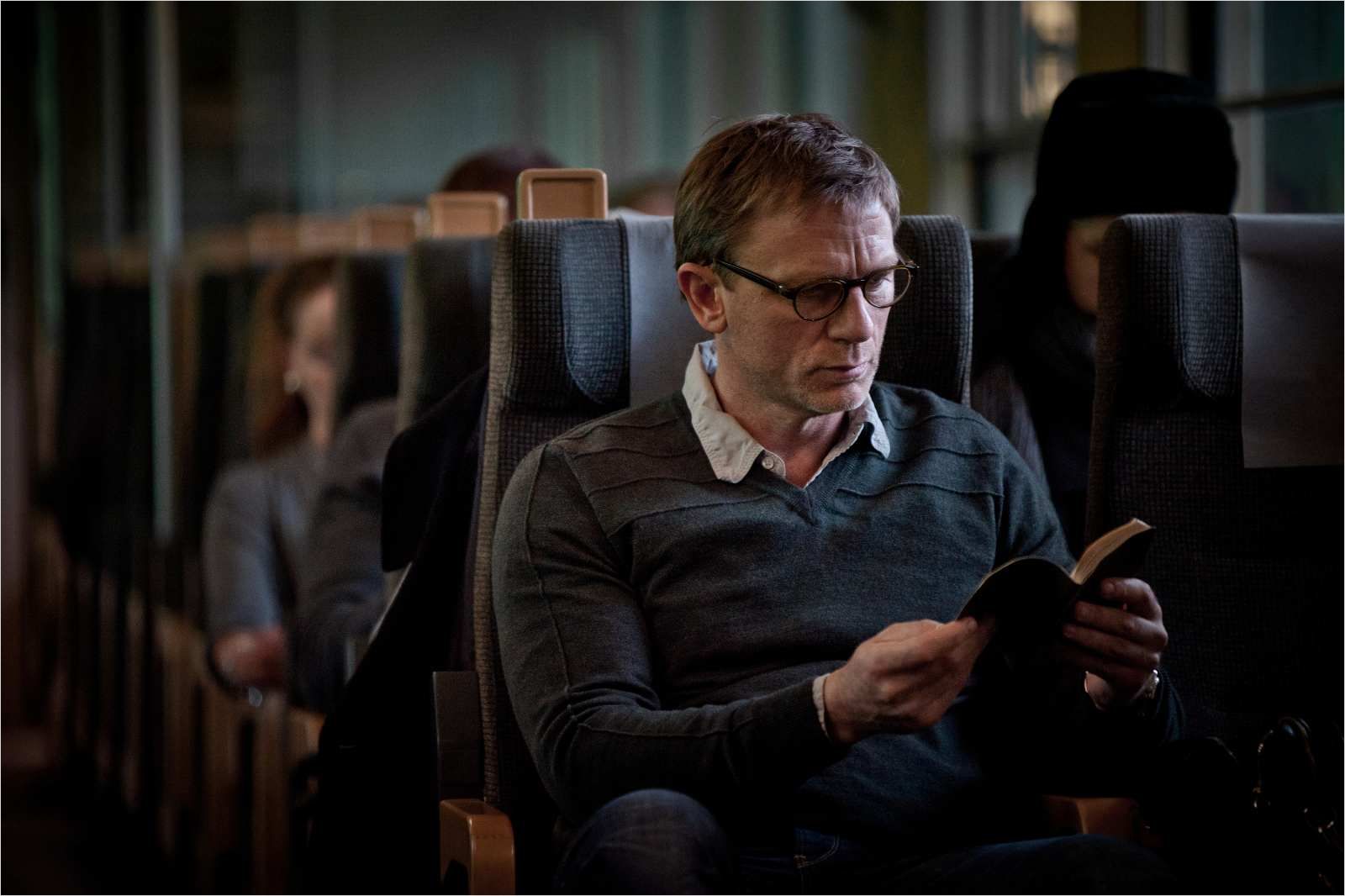 Breaking a gap between action oriented ´Cowboys and Aliens ´(2011) and ´Skyfall´ (2012), the role of Mikael Blomkvist required Craig to gain weight and shed some muscle to play a significantly staunchier journalist than his action led characters.

The second adaptation of Stieg Larsson´s novel, David Fincher´s direction is certainly the inferior version, but Craig makes for a more rounded version of his character than his Swedish counterpart Michael Nyqvist; Craig brings the intensity and external distrust prevalent in the novel, less so in Nyqvist´s performance. Thankfully Craig chose not to impersonate a Swedish accent (such diatribe would be more suitable for ´The Muppets´), not least because imitating accents are hardly Craig´s artistic raison détre!

Although Rooney Mara may have been the centre of attention (Academy Award nominations et al), Craig is the one who has to anchor the film. Barely off screen for more than five minutes, Craig carries the mystery with him, notarising and analyzing with furrowed looks and burying himself into the core of the film.

When the weather (and ultimately, Blomkvist) feels cold, so does the audience. When Blomkvist unearths the villain, it is he who reveals this information to the audience. Much like Tom Cruise in ´Rain Man´ the success and the direction falls on their shoulders, vital to remember as their co-stars become more and more important as the story continues.

Craig´s Blomkvist also has an air of confidence to him, sorely lacking in Nyqvist´s performance. Aided with the ability to laugh at the horror unfolding in front of him, Craig´s performance is best summed by Joe Morgenstern as a “cool actor turned chilly in the Scandinavian winter, Mr. Craig nonetheless finds welcome humor in Mikael’s impassive affect.”

“What is punishment? Being in jail isn’t punishment, if you didn’t like it on the outside. And neither is death, if it was painful to live.” Such profundities are rarely said, least by detained killers, but Perry Smith is no ordinary convict. The patron of Truman Capote´s interest and attention, Smith inspired Truman Capote´s magnum opus ´In Cold Blood´, this relationship played up to the cameras well by Toby Jones and a strangely anemic performance from Craig.

Craig portrays Smith as a tormented individual, prisoned in his cell, seething at humanity´s moronicism: “ I sang and nobody listened, I painted and nobody cared to look, I killed 4 people and what happens? A work of art”. Craig´s American accent is a tad staged (accents have never been his forte, not least his excruciating attempt at a Chicago accent in ´Road To Perdition´), but there´s nothing disingenuous about his embodiment.

One scene in particular where Smith attempts to physically abuse Capote over the title of his book elicits genuine fear, a mastery of control. An exasperated “…I am not a character. I’m a human-fucking-being” reminds audiences Smith is as much flesh and blood as anyone, one merely awaiting execution.

And another thing not oft mentioned; Craig´s rendition of the bluesy ´Goldmines in The Sky´ proves he´s a competent singer. Perhaps he should have been cast in ´Mamma Mia´! 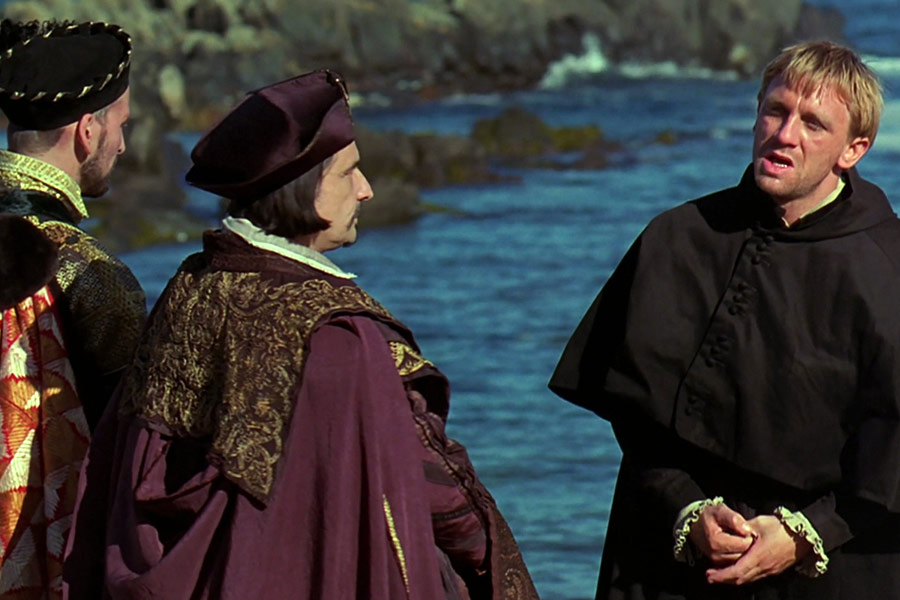 Brooding in appearance, moody in spirit, Daniel Craig´s John Ballard is a legitimate threat to the Queen´s life. Less the stoic spiritualist, more the religious radicalist, Ballard´s mission is to rid his country of a Protestant Queen for Rome and Country. American Organization ´The Catholic League for Religious and Civil Right´ blasted the film for its anti-Catholic rhetoric, one that may have pertinence as many of the Roman Catholic members are played as pious dimwits. But Craig doesn´t.

Led by the very power of his staunch faith, Ballard may be more mafioso than clerical priest, but Craig´s utter devotion is so captivating, he steals the sympathy of his audience. His eyes leering as they come ever closer to England, he initially comes across as a man of dignity.

Owing a certain degree of dignity to Thomas Howard (Christopher Eccleston, his second collaboration with Craig after the excellent ´Our Friends in The North´), he demonstrates his demonstrable ferocity bludgeoning the head of Thomas Elyot for religious differences. A hardened kill, it showed Craig´s excitingly violent presence on screen- one that Barbara Broccoli jotted down as a potential future 007.

His other scene of note comes later in the film as he strides whole-heartedly to silence Queen Elizabeth I (Cate Blanchett), shrouded by the hood of his robe. It may not be a loquacious stride (he remains silent as he walks to her down the aisle of a Church), but his dogged expression elicits legitimate fear from his co-star.

It´s a strong performance, conveying the tenaciousness and depravity assasins are capable of, his passion for his faith evident in his posterior and march. An intelligent man, Craig shows his emotions, rather than talking about them, making for a much more credible watch than Paul Bettany´s similarly themed, but maniacally choreographed performance in ´The DaVinci Code´.