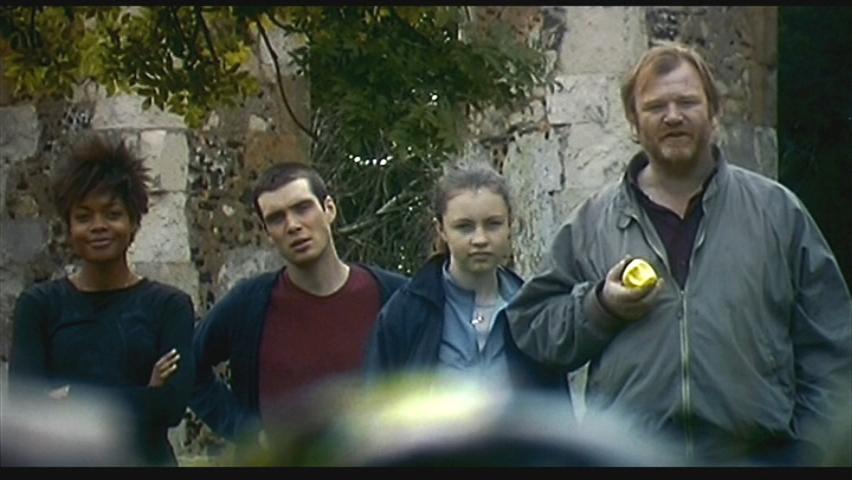 Explaining his approach to the part of Frank, the loveable London driver, Gleeson explained to A.V Club that “A lot of people just wanted me as a hardass. But this wasn’t a hardass at all, really. He had his little battles with the zombies, but it was really about his heart. ” A touching fatherly performance, Gleeson gives an audible emotion amongst the austere zombie chases and brain munching.

Arguably the best zombie film since ´Dawn of The Dead´ (1978), ´Day´focuses very heavily on a post- apocalyptic London and how to survive it. Familial relations play a strong part in the film, allowing Gleeson to showcase his skills in one of the films more powerful scenes.

Fearing for his daughter Hannah´s life, he screams at her to keep away from him, after the blood of a corpse has fallen on him. It brings new life into the already exciting film with a strength and vitality only a father can show. Fittingly, it makes for one of the more heart-wrenching moments; undoubtedly Georeg A. Romero would have given it two thumbs up!

As with many of Gleeson´s performances, he brings a wicked dark humour into the proceedings, a particularly caustic “You’d never think it. Needing rain so badly. Not in fucking England!” elicits a much needed laugh. Not renowned for his accentual prowess, Gleeson´s Northern vowels are more than passable for one of the better English films in the last fifteen years. 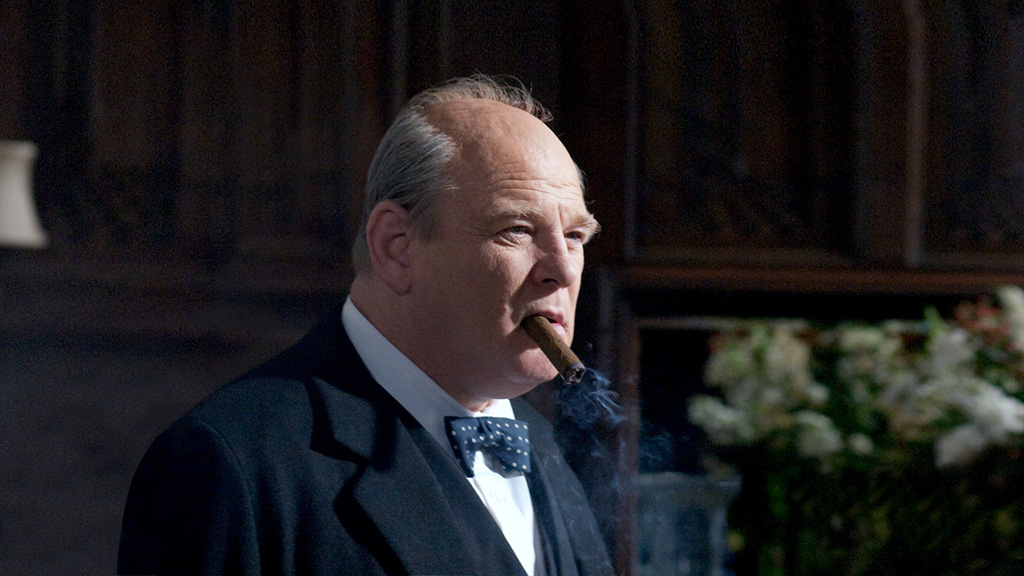 A sequel to the 2002 epic ´The Gathering Storm´, Gleeson takes over the mantle from British icon Albert Finney, proving a worthy successor, emulating Finney´s nuanced gestures, placid emotions with an older, wearier status which moves the character forward in time.

Talking to The Telegraph prior to release, Gleeson chose not to portray Churchill as a propagandic hero; ” I had to get the idea of him as a hero out of my head. In fact, I couldn’t sleep properly until I had made that decision.” Similar to Daniel Day Lewis´s Abraham Lincoln, Gleeson makes no bones of the fact his domestic life is troubled and flawed, neatly showing how the work of a prime minister facing war succumbs to work.

Gleeson finds Churchill a cultural anachronism, this an intriguing trait of his persona, a man behind the ever changing times, the fifties around the corner, the war ever distant. In the same interview, Gleeson made note of these attributes; ““I find it absolutely extraordinary….but you have to see it in the context not of the War but of the Thirties.

The dreariness, the autocracy, all that hierarchy and class – that’s what they remembered”. Never before in the field of cinema/television had these feelings been so well articulated! 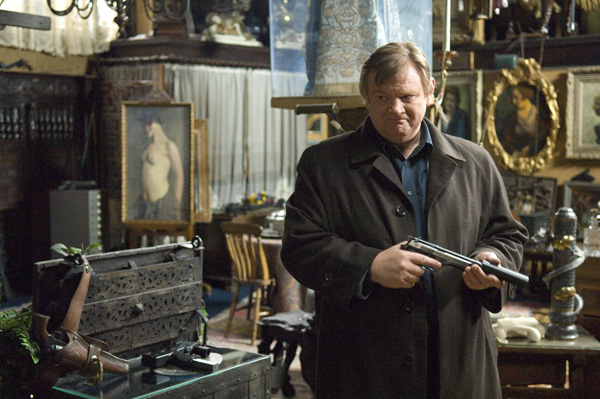 Brendan Glesson´s second collaboration with famed playwright Martin McDonagh following Oscar winning short ´Six Shooter´, is a strong piece of esoteric drama, both zany and brainy , witty and scary, as Pinteresque as it is Friel, as much an ode to ´Don´t Look Now´ as any will likely see.

And Brendan Gleeson fits right into the manic proceedings as a duck to water as Ken Daly, despite the bullets at his disposal, it is fiery mouth that is his greatest weapon. Throwing everything but political correctness, Daly´s coarse desriptions are some of the finest since Borat taunted America. In his words a night with “two manky hookers and a racist dwarf” is enough to send him home.

A hit-man on the run with fellow colleague Ray (Colin Farrell), Gleeson´s gleefulness towards the titular city plays off nicely to Farrell´s caustic approach, referrring to his compatriot as “the worst tourist in the world”. Gleeson understands the tragic irony behind their situation, two tragic hit-men who have killed for money. McDonagh told Film4 ” I like to have a dark sad thing, and then the next line as a funny one-liner, and then the next another dark, sad thing. My background is in writing plays and they’ve all been that way.

It can’t be defined as to what it is: it’s not just comedy, but it’s not really tragic-comedy. It’s some weird, different thing.” Gleeson can play tragi-comedy to a tee, a later confontation with Ralph Fiennes´Harry Waters shows the veracity of Daly´s imprintable foul language used to show what he thinks of their employer. It is hilarious and poignant; Beckett would have given it two thumbs up!

Gleeson also provides a subtle nuance. Visibly older than Farrell, he dips between paternal and amicable roles with ease, befriending Ray in one scene, reprimanding him in the next. Their parting at the Bruges train station is a tear-jerkingly touching moment, Gleeson´s sanguine expression says more than McDonagh´s ever writing pen could have.

Whether McDonagh´s brother took some notes down for a future project is unknown, but the seeds of Gleeson´s greatest performance can be viewed in this fillm. 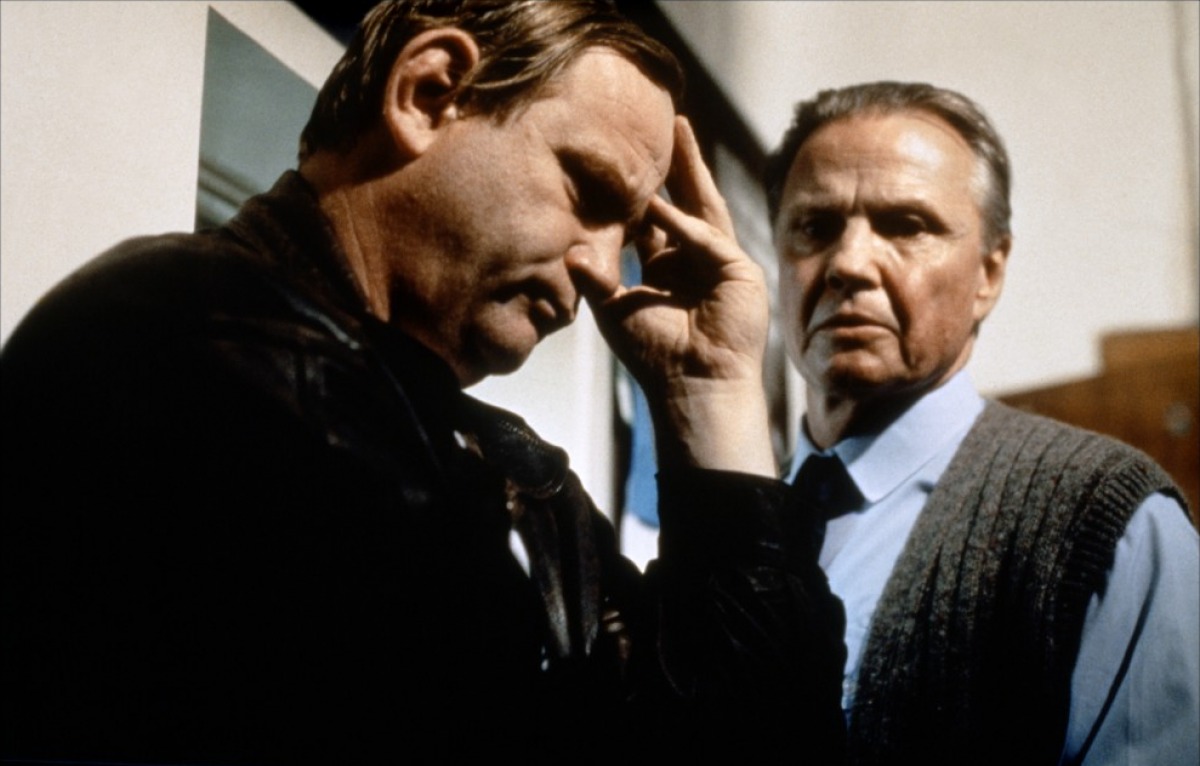 There has never been an Irish criminal as notorious as Martin Cahill; a celebrity criminal similar to The Krays, Cahill´s murder in 1994 continues to rattle debate as to the reasons why and who killed him to this day. While some of the film may subject itself to historical questioning, the ultimate product is a very well put together piece exploring a criminal´s mindset.

Director John Boorman told journalist Alex Simon at the time of release “There were two fixed points for me. One was Brendan Gleeson. I knew his work. I knew him personally and just knew he was the guy for this. He even had a strong physical resemblance to the real Martin Cahill.”

Boorman chose well, Gleeson´s plaintive looks far more believable than the devastatingly handsome Kevin Spacey in ´Ordinary Decent Criminal´(which tipped its hat at Cahill) and his rugged demeanour appropriate for the gritty, grimy tale on display. As with the best of Gleeson, there are moments of welcome dark humour, berating the t.v. for showing him as fat and using the forum as a gangster to play up his wealthy appetite.

Never shying away from a dark, sardonic sense of humour, he elicits one of the biggest laughs reprimanding one of his men for having sex with his daughter; “You’re a prick. Criminals don’t molest kids. Leave that to the priests will ya?”

Filmed in delicate black and white, Gleeson throws himself into the part; at one time lothario, another business man, next violent vagabond, Gleeson plays a man playing the country against each other. Arguably Gleeson´s breakthrough role, the film performed well at the Festival de Cannes. Gleeson and Boorman would collaborate nearly a decade later on ´The Tigers Tail´ (2006), but that disappeared as quickly as The Celtic Tiger.

A whole article could be used to write just how brilliant and nuanced Gleeson is as the benign priest on the verge of death. Counting the days down until the inevitable resolution, Gleeson´s Father James Lavelle tries to rectify the lives of his parishioners and his family.

Featuring terrific dialogue, Gleeson gave credibility to his character at a time when morale towards the Catholic Church was at an all-time low (in Ireland alone, anger was levelled towards the Magdalene sisters at the time of filming). Verbose and courteous, affable, but troubled, Lavelle´s one of the most memorable characters from Irish cinema, second only perhaps to Jimmy Rabbite from ´The Commitments´.

Gleeson plays the part with reverance; where much of ´The Guard´ was used for mockery, there´s nothing but dignified piety brought towards this audience, even as his troubled past (alcoholism, familial disputes etc) are brought more and more to the forefront.

Gleeson delivers many of the best lines in the film, a particular monologue about ” “Thou shalt not kill” does not have an asterisk beside it, referring you to the bottom of the page where you find a list of instances where it’s okay to kill people.” is at both times hilarious and pointed.

The character faces a great deal of abuse from his local parishioners (a wonderful Aidan Gillen is a particular culprit), the wounds Gleeson allows nuanced facial gestures to show. Lavelle is a man, a man who suffers like every other man. Where the Irish priesthood had previously been lampooned piously on ´Father Ted´,

´Calvary´ shows a very different type of priest; noble and human. Gleeson is excellent, a legacy of how twenty years of film-making can make people feel many differing emotions. But he also did something else during the film´s 101 minutes. He made audiences happy.