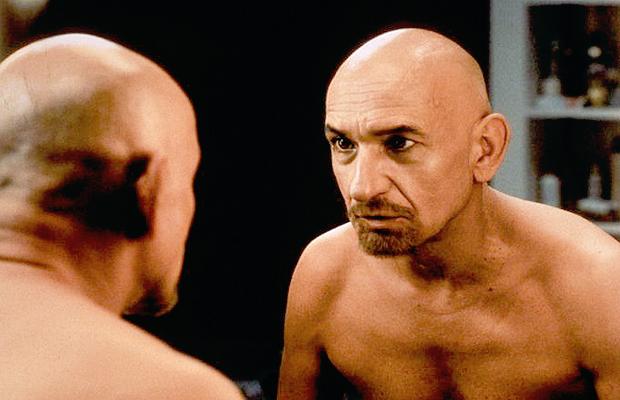 One of the finest actors of our time, Sir Ben Kingsley is an outstanding talent who has worked in theatre, television and film. Although his career has lasted for 50 years, Kingsley’s breakthrough came a bit late, in 1982.

A particular movie and role brought him international fame, and he will always be remembered as an actor who earned an Oscar for portraying Mahatma Gandhi. However, he is far more than just one role. This versatile artist earned another three Oscar nominations and has won Golden Globe and BAFTA awards as well.

Kingsley spent most of his early career in theatre, working in London’s West End Theater, the Royal Shakespeare Company, on Broadway, and with the Royal National Theater.

He was even offered to pursue a musical career by no else than John Lennon and Ringo Starr, but Kingsley opted for his first love, acting. “Orlando” and “Coronation Street” in 1966 were his first TV spots, and he had to wait another 16 years for the part that launched him into the Hollywood stratosphere. Since “Gandhi”, he has appeared in numerous films and has had more than 80 onscreen credits.

His power and ability to successfully play in biopics and dramas, both as a hero and a villain, is utterly astonishing and there’s no wonder why Queen Elizabeth II knighted him in 2002 for services to the British film industry. Kingsley got his star on the Hollywood Walk of Fame in 2010, and in 2013, he received the BAFTA Los Angeles Britannia Award for Worldwide Contribution to Filmed Entertainment.

Krishna Bhanji was born on December 31, 1943 in Snainton, Yorkshire, England. He was a product of a mixed marriage between Rahimtulla Harji Bhanji, a Gujarati Indian man, and Anna Lyna Mary, an Englishwoman.

After gaining recognition as a stage actor, he changed his name to Ben Kingsley to help him get parts easier. Kingsley went to Manchester Grammar School and later studied at the University of Salford, and at Pendleton College. He was involved in amateur dramatics during his college days, and made his professional debut upon graduation at the age of 23.

Here are the 10 most memorable movie performances from Sir Ben Kingsley. 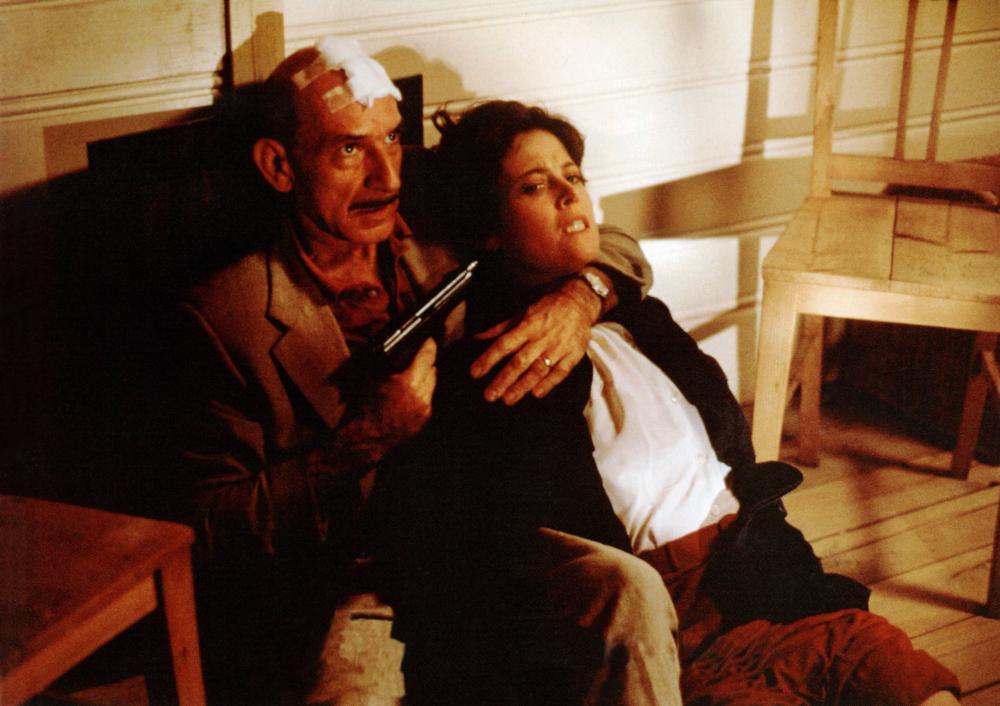 Based on Ariel Dorfman’s play, this nail-biting drama is set in a certain South American country, centered on a woman (Sigourney Weaver) who claims she was blindfolded and tortured by the former fascist regime.

The man who allegedly led the experiments is Dr. Roberto Miranda (Ben Kingsley), and he confronts a woman and her husband (Stuart Wilson) in a quite strange situation. Roman Polanski made everything to look as though it’s in a theater, in a first class directorial move.

Kingsley’s character is rather charming and bit comical in moments, as the actor’s facial expressions take the non-verbal communication to another level. He skillfully manages to make the line between a sensitive guy and psychotic madman disappear, and although Weaver excels in her starring role, Kingsley’s standout performance is evident. 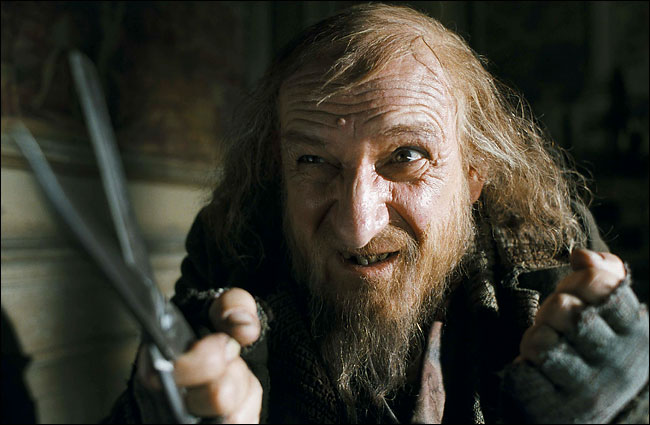 Another collaboration between Polanski and Kingsley, this is an adaptation of the famous Charles Dickens novel about an orphan who meets a pickpocket and joins the gang of thieves who are stealing for their boss.

Barney Clark as Oliver, Harry Eden as Artful Dodger, and Jamie Foreman as Bill Sykes are splendid, but Kingsley arguably steals the show. Although it’s an inexplicably underrated movie, Polanski’s respect and feelings for Dickens, the story, and every single character are immense, and the adaptation should be much better rated.

Kingsley plays Fagin, the Lord of the boyhood’s household, and the master of thieves. He showed superb dimensionality once again; he throws himself entirely into the role, and at moments he’s unrecognizable. He clearly puts his signature onto the part, even if it was hard to outshine the great Alec Guinness, who portrayed Fagin in a previous film. 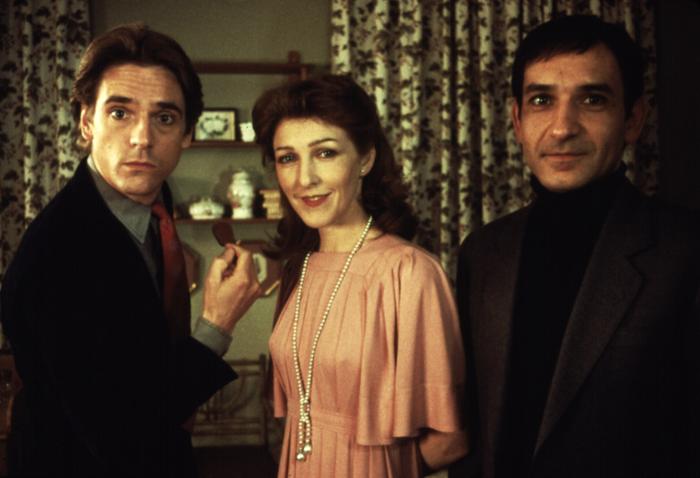 The adaptation of Harold Pinter’s famous play was the big screen debut for director David Hugh Jones. Two best friends are sharing a woman, but only one of them is married to her. Emma (Patricia Hodge) is the woman between Jerry (Jeremy Irons), the best man at her wedding, and Robert (Ben Kingsley), her husband.

The extramarital affair goes on for years, and the story is told backward, so every moment and scene are crucial for the plot. The film is rich in ironic and dry dialogue, which is utterly characteristic for the mastermind named Harold Pinter. The Nobel Laureate author got an Oscar nomination for Best Writing, Screenplay Based on Material from Another Medium.

Although the rest of the cast is remarkable, Kingsley’s breathtaking performance starts as soon as he appears on the scene. The way he receives the news that his wife has been unfaithful, with his facial expressions and ironic approach with Jerry, is just astonishing. There is a conclusion that nobody could do it better than him.

At times, Kingsley crosses the border between gentle and innocent, and a frightening and violent man with perfection, while his mind playing games with Jerry and Emma are phenomenal.

One of the best movies ever made, directed by the highly-rated Steven Spielberg, is based on a true story about Oskar Schindler (Liam Neeson), a greedy German industrialist who accidentally becomes a humanitarian and saves about 1,100 Jews from death at the Auschwitz concentration camp.

The directing is brilliant, the actors (Ralph Fiennes, Neeson and Kingsley) are astonishing, and the fact that movie received seven Oscars including Best Picture, Best Director, Best Screenplay, and Best Cinematography, literally says it all.

Another five Oscar nominations went to Neeson for Best Actor in a Leading Role, Fiennes for Best Actor in a Supporting Role, Best Costume Design, Best Sound, and Best Makeup. Also, three Golden Globes and seven BAFTAs made it one of the most successful films of all time.

Kingsley is Schindler’s Jewish accountant Itzhak Stern, a smart and gifted man who is spared from the Holocaust. He is Schindler’s guardian angel, occasionally reminding him of the consequences if their secret is exposed.

Kingsley brought Stern to life, magnificently playing the character that was the voice of reason in the entire story. His talent to play persons of any ethnicity is quite powerful. During the filming, Kingsley kept a picture of Anne Frank in the inner pocket of his coat. Years later, he will play Anne’s father, Otto, in a role that earned him a BAFTA nomination for Best Actor in a Supporting Role. 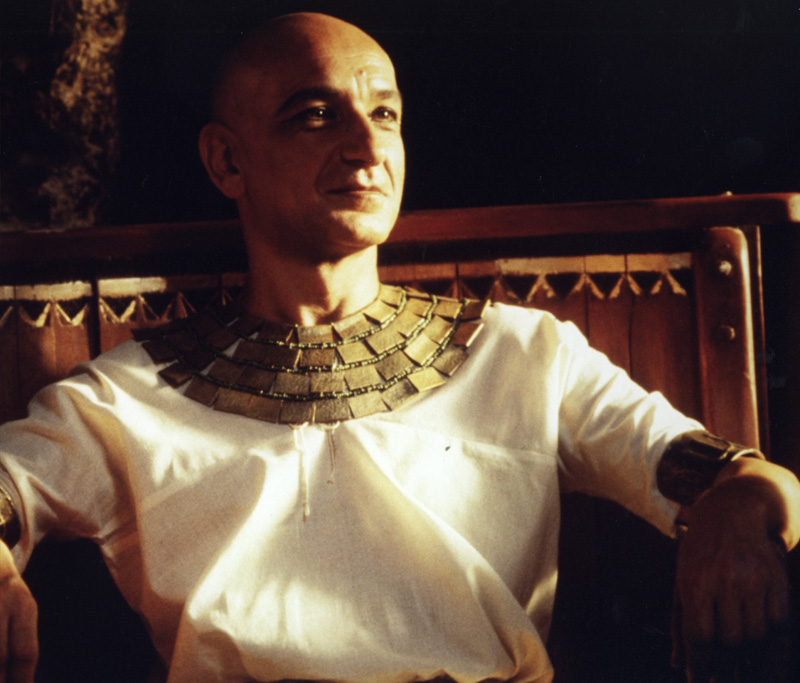 This is a Biblical story about the young Hebrew Joseph (Paul Mercurio) who is sold into slavery in Egypt by his brothers. They couldn’t forgive him being their father Jacob’s (Martin Landau) favorite, although he was the youngest.

Joseph started to serve Potiphar (Ben Kingsley), the Pharaoh’s right hand; the powerful man took him under his wing and loved him like a son, albeit the historical difference between the Egyptians and Hebrews.

Director Roger Young accurately tells the story, and he is kind of specialized for Biblical biographies (Moses, Solomon, Jesus), but it’s a general opinion that he could find a better actor to portray the main character.

It seems that Mercurio slightly lacked the emotions, energy, and talent to play such a significant role. On the other hand, Kingsley and Landau are immense in their roles. This TV movie received an Emmy for Outstanding Miniseries.

The role of Potiphar suited Kingsley “like a glow,” and the British actor played it with apparent authority. He is the second most powerful man in all of Egypt, and yet, he cannot hide his kindness and sympathy towards Joseph.

At first, Potiphar is despicable, and it isn’t hard for viewers to hate him, but later he shows another side of his personality. Kingsley is one of the best at portraying such characters, and his role didn’t go unnoticed.

The versatility and knowledge to make the audience love and hate him in the same movie got Kingsley an Emmy nomination for Outstanding Supporting Actor in a Miniseries or a Special.