Na Hong-jin is one of those rare cases in South Korean cinema, where a filmmaker, despite having enormous success with his films, is not exactly eager to follow up with new work. In that fashion, he has shot just three films in eight years, with the previous one (“The Yellow Sea”) screening six years earlier. His absence was quite felt in the country’s cinema, but his return fully compensates.

“The Wailing” is already an international success, amassing more the $51 million in international revenue, while it has also won five Blue Dragon Awards (Director, Supporting Actor, Popularity Award, Editing, and Music). Here are seven reasons for the film’s success.

1. Great script with many twists 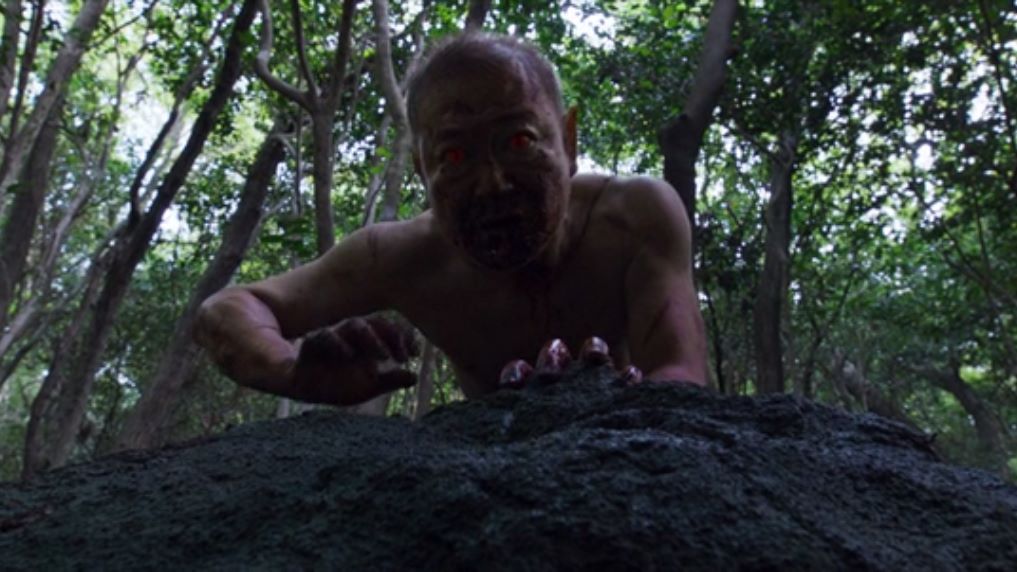 In a seemingly peaceful village, a kind of epidemic suddenly breaks out, with people losing their minds and attacking their relatives while their skin suffers from a hideous infection. Their attacks have resulted in violent deaths, and the local police seem unable to deal with the case, eventually concluding that poisonous mushrooms are causing this behavior.

Among them is officer Jong-goo, who hears a rumor about a Japanese man living on top of a nearby hill being the actual perpetrator, a suspicion that becomes stronger after a strange young woman, named Moo-myeong, confirms the fact. Eventually, he tracks down the man’s house and comes across a series of truly horrific spectacles.

Being kind of cowardly himself, he tries to avoid the situation as much as possible, but when his little daughter, Hyo-jin, comes down with similar symptoms, Jong-doo is willing to go to extremes to save her. Meanwhile, his mother-in-law invites Il-gwang, a shaman, to perform an exorcism on the girl while a deacon named Yang Yi-sam is also involved as a Japanese translator for the police.

The truth about what is really going on, and who the actual evil characters are, changes all the time, until the end. In that fashion, Na Hong-jin manages to retain the agony for the whole duration of the movie, as the twists are continuous and quite shocking. 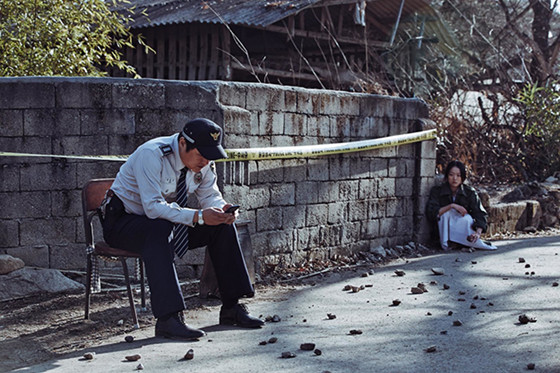 Underneath the elaborate script, Na Hong-jin has hidden a very sharp, sociopolitical allegory, which my friend and expert on Korean film allegory, Bastian Meiresonne has pointed out to me.

Moo-myeong, the shaman woman, is a direct reference to South Korea’s current president, Park Geun-hye, who has an intense connection with shamanism (or Muism, as is the Korean version of it) through the Eternal Life Church and her advisor, Choi Soon-sil, the instigator of the latest scandal that has led to her impeachment trial.

In that fashion, Moo-myeong (shaman / white woman) is manipulating people to accuse the foreigner (or the past of South Korea in another interpretation). Her accusations make the people of the town become more and more racist, and to eventually kill the foreigner. It is always a dream sequence or a story told that has the Japanese man doing magic, or he is nearby, but he never actually does anything. The only time that he performs shamanism is in order to counter the woman’s sorcery.

The sequence where Moo-myeong is throwing stones at Jong-goo symbolizes how racism gets to people. It takes quite awhile, and lots of small “stones”, and people in the beginning are negative, like Jong-goo, who tells the woman to leave. Eventually though, it gets to them, and when they understand what is happening, it is too late.

This allegory becomes clear during the sequence where the Japanese man turns into a monster in front of the wannabe priest, Yang Yi-sam. He says to him: “You only see me as you want to see me – and if I would tell you how I really look like (normal guy), you wouldn’t believe me anyway.” In that fashion, racism makes targeted people seem like monsters.

The wannabe priest is an allegory regarding South Korea’s very troubled religious history, with Protestants and Catholics doing a lot of wrong in the country.

At one point, people call upon Korea’s traditional past – the shaman – (Il-Gwang) to help them, whose first question is how much he will be paid. As soon as the ritual is over (where he actually did nothing), he puts on his brand sportswear, in a symbolism of how old Korea has been left behind for money and western “values”.

The only one who seems to realize the truth is the little girl, Hyo-jin, who symbolizes the children in general. She continuously yells “STOP”, but her parents continue to do the wrong thing and trust the shaman – Park Geun-hye – as they succumb to racism. In that fashion, Na Hong-jin means that the children will turn against their parents for the consequences they will have to pay, due to their mistakes.

3. Direction that transcends the horror genre 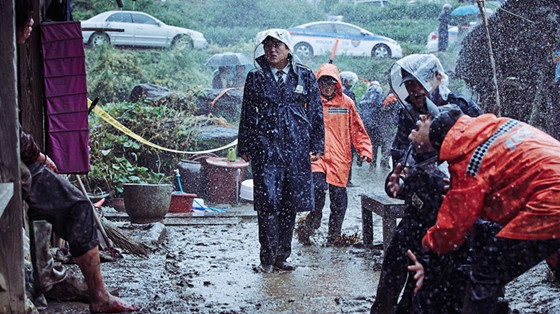 Na Hong-jin directs and pens an agonizing thriller, building the tension gradually as the story progresses, until the utterly shocking finale, one of the film’s greatest sequences. He incorporates a plethora of horror-favorite elements and notions, including zombies, vampires, demons, and exorcists, although the only one majorly implemented is the latter, with the rest existing, for the most part, to create an atmosphere of supernatural horror.

In that fashion, he avoids the reef of hyperbole, maintaining a very serious approach throughout the film, despite some minor moments of unexpected humor. The pace is neither fast nor slow, but has the most fitting speed for the story, which artfully escalates as the time passes, until the impressive ending with the continuous plot twists.

Apart from that, there is much cursing, violence, and a number of truly grotesque bloodbaths and spectacles in general, which supplement the general aesthetics of the film.

Lastly, the allegories are another element that moves the film beyond the typical horror movie, adding another level and more substance. 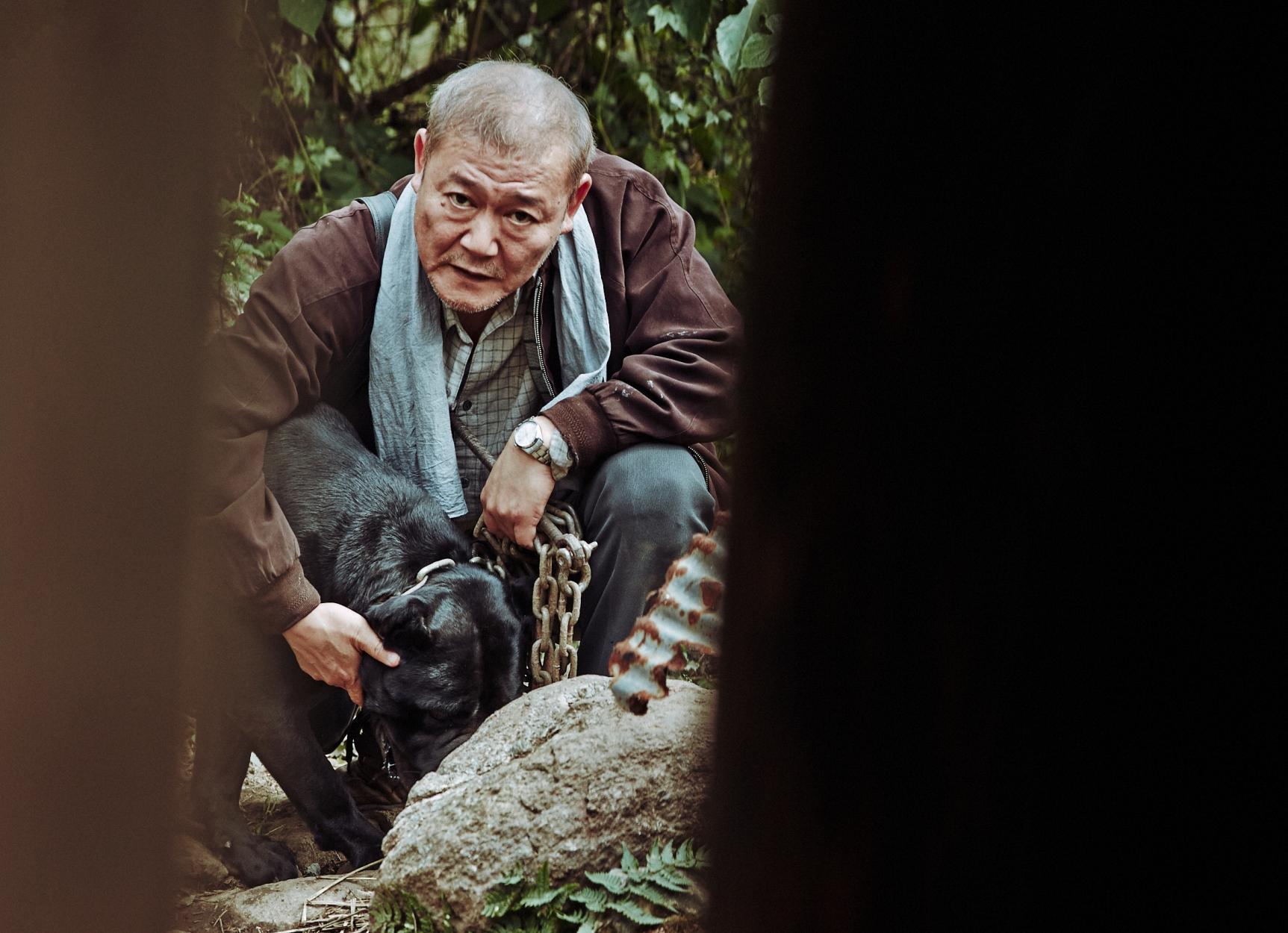 The cast is another point of excellence, with Kwak Do-won giving a wonderful performance as Jong-goo, an easily intimidated police officer who transforms into a relentless hunter for the sake of his daughter. Kwak has been mostly cast in secondary roles during his career, and he proves in this film that he is made of protagonist material.

Hwang Jung-min is great as usual as Il-gwang, in his path to become the next Song Kang-ho. The exorcism scene is the highlight of his impressive performance. The one who truly steals the show, however, is Jun Kunimura as the mysterious Japanese man, whose acting and physique make him the perfect choice for the particular role, as he constantly exhibits a subtle but obvious threat, despite the fact that he does not speak very much.

Kim Hwan-hee is also great as little Hyo-jin, in a rather difficult role that demanded her transformation from a cute and smart little girl to a violent, constantly cursing, possessed individual. Lastly, the gorgeous Chun Woo-hee shines particularly in the end, with a truly eerie performance.