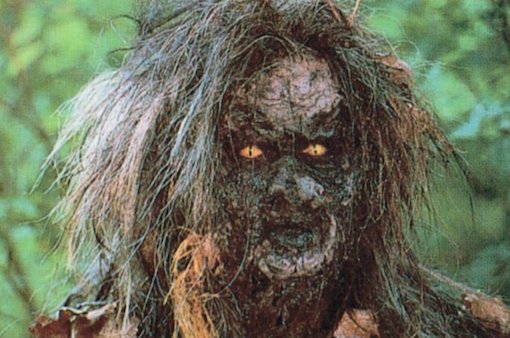 During the colonial times in 1750, a small group of pioneers are banished from town when their preacher, William Smythe (Dennis Lipscomb), is accused of adultery and polygamy. Eloise Dalton, the Buchanans, an elderly couple, Leah (Karlene Crockett), a few children and Smythe venture out on a river raft, but are ambushed by an indigenous tribe.

The surviving members take to the land and while they are heading through the forest, they encounter Eloise’s husband, Marion, a mountaineer who is fluent in many tribal languages and wards of an attack by the Shawnee Indians.

However, the group is unaware that Leah has been using witchcraft to protect them in their travels. Marion leads them to a valley where they will be safe among the ruins of cabin, but when an orphan Native American girl arrives, Symthe wants to baptizes her into Christianity, while unnerving the others. Leah uses her psychic and supernatural abilities to see that the new addition to their unit is one of evil intentions.

Written and directed by Avery Crounse, “Eyes of Fire” is a surrealistic and psychedelic horror story of witchcraft set in a pre-America frontier era. Haunting and atmospheric, while rooted mysticism and authenticity with dark humor. Released in 1983, it received little attention in theatres, but when it became available on VHS in 1987, it gained positive reviews. Currently, the feature has not yet been available on DVD, except in Brazil and Thailand. 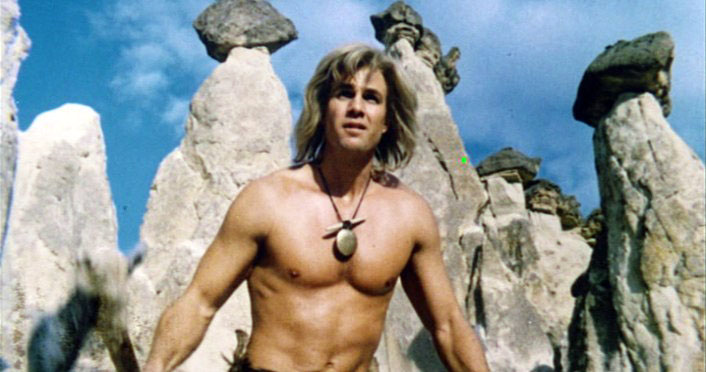 Near the stone towers of Cappadocia, Turkey, the blonde and muscular Yor (Reb Brown), jogs around the village. While a cave-woman Kala (Corinne Clery) and her older protector, Pag, are hunting for food, they are attacked by a dinosaur, until Yor comes to their aid by killing the beast. They invite him back to their village to celebrate and feast upon various meats. They are attacked by blue skinned cavemen, but Yor and Pag escape although Kala has been kidnapped.

The two of them track and rescue her, but have flooded the cave, killing many people in the process. The trio venture onward to find Yor’s origins and encounter a blonde woman, Ena, who wears an amulet similar to his. Kala, in a fit of jealousy attempts to kill the woman, until the blue cavemen find them. Yor soon discovers that his parents were nuclear holocaust survivors and an evil Overlord has taken the remaining technology to build an android army and wage war on the primitive humankind.

Based on the graphic comic novel “Henga El Cazadpr” created by Ray Collins (Eugenio Zappietro) and Juan Zanotto, Antonio Margheriti (Anthony M. Dawson) directs the Italian-American B-movie “Yor, The Hunter from The Future” that merges science-fiction in a prehistoric setting. Initially, it was four-part miniseries on Italian television that was pieced together for a theatrical release.

In 1983, it was nominated for three Golden Raspberry Awards and has since been revered an “enjoyably bad movie”. In 2011, it was made available on DVD along with an expanded soundtrack on CD. 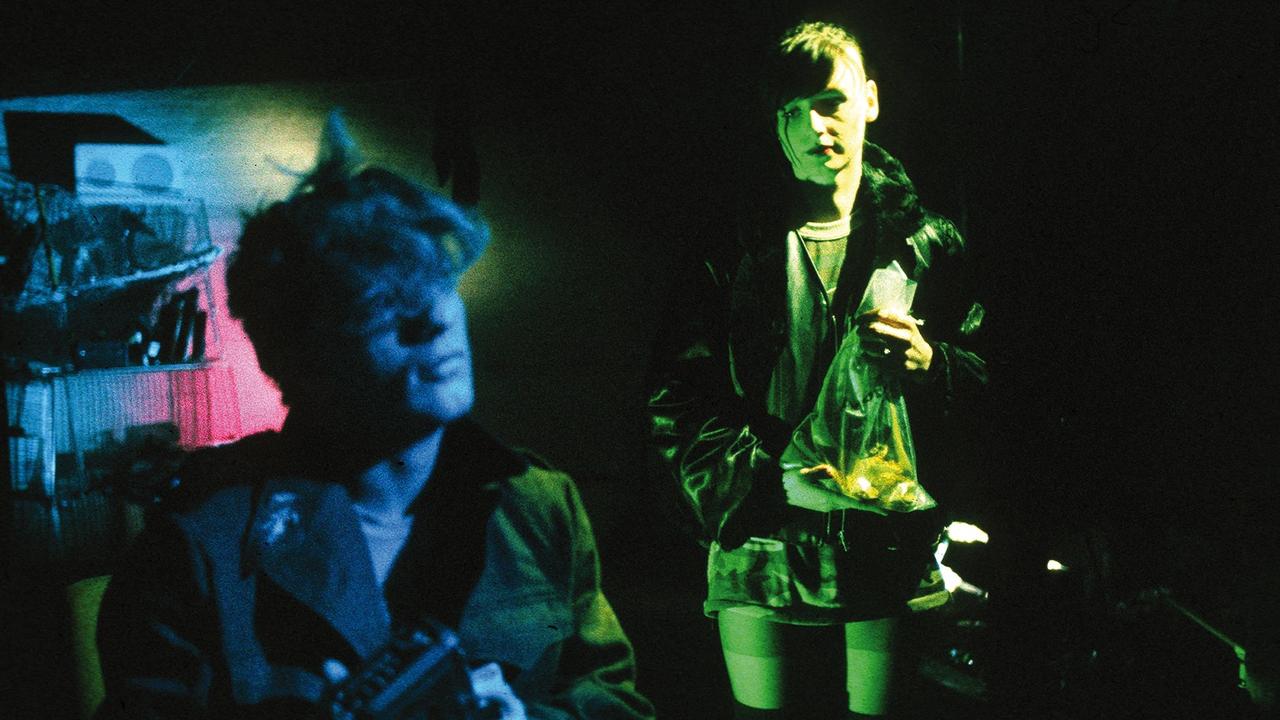 In West Germany, F.M. (played by F.M. Einheit of Einsturzende Neubauten) is a percussionist musician that work at a fast food joint called H-Burger. He soon discovers that the muzak played within in these establishments contain sonic frequencies that induce odd behavior among the people and disabling their emotions. Jager (Bill Rice) is an on-call hitman for the sinister government agency that is responsible for this audial manipulation, but abandons his duties and cruises the red-light district.

F.M.’s girlfriend Christiana (Christiane Felsherinow, former teenage prostitute/junky of “Christiane F”) is a peepshow dancer that tries offer him a sense wisdom through human frailty. He decides from his dreams and a meeting with the High Priest (Genesis P-Orridge of Psychic TV/Throbbing Gristle), to steal a muzak tape, then remixes it and incites a riot that sparks the revolution of the black-noise pirates.

Based loosely on “The Electronic Revolution” by William S. Burroughs (whom also makes an appearance as the Old Man), “Decoder” is cyberpunk counter-culture film directed by Musha.

In 1984, to protest Ronald Reagan visiting Berlin, protesters were armed with cassette recorders with war zone soundscapes, which caused riots and the actual footage was used in the feature. Although it was never officially available outside of Germany, bootleg copies would surface until it was released domestically on DVD (with subtitles) in 2010.

Arriving in China, an adventurous but naïve woman Gwendoline (Tawny Kitaen) is captured and sold to a casino-brothel. She later gets rescued by a mercenary/smuggler, Willard (Brent Huff) and they reconnect with her maid Beth (Zabou Breitman).

Gwendoline is seeking to finding a rare butterfly that eluded her missing father in the land of Yik-Yak. Reluctantly, Willard agrees to be their guide and they offer him $2000. In their travels, they escape primitive cannibals, but Beth is kidnapped by an underground all women tribe ruled by a sadistic Queen (Bernadette Lafont). Gwendoline and Willard infiltrate the lair to rescue the maid, so they can carry on with their quest.

Based loosely on John Willie’s 1940s French bondage comic “The Adventures of Sweet Gwedoline”, the 1984 sexploitation-sci-fi-fantasy was directed by Just Jaekin (“Emmanuelle” and “The Story of O”). Best described as a low-budget “Indiana Jones” meets “Barbarella” with a great emphasis on softcore nudity and fetish costumes.

Release in France in 1984, it clocked in at 105 minutes, but when it hit the states, close to twenty minutes was edited out. By 2010, a director’s cut DVD was released and even though the film bombed, it is considered to be a guilty pleasure for those who love campy damsel in distress features. 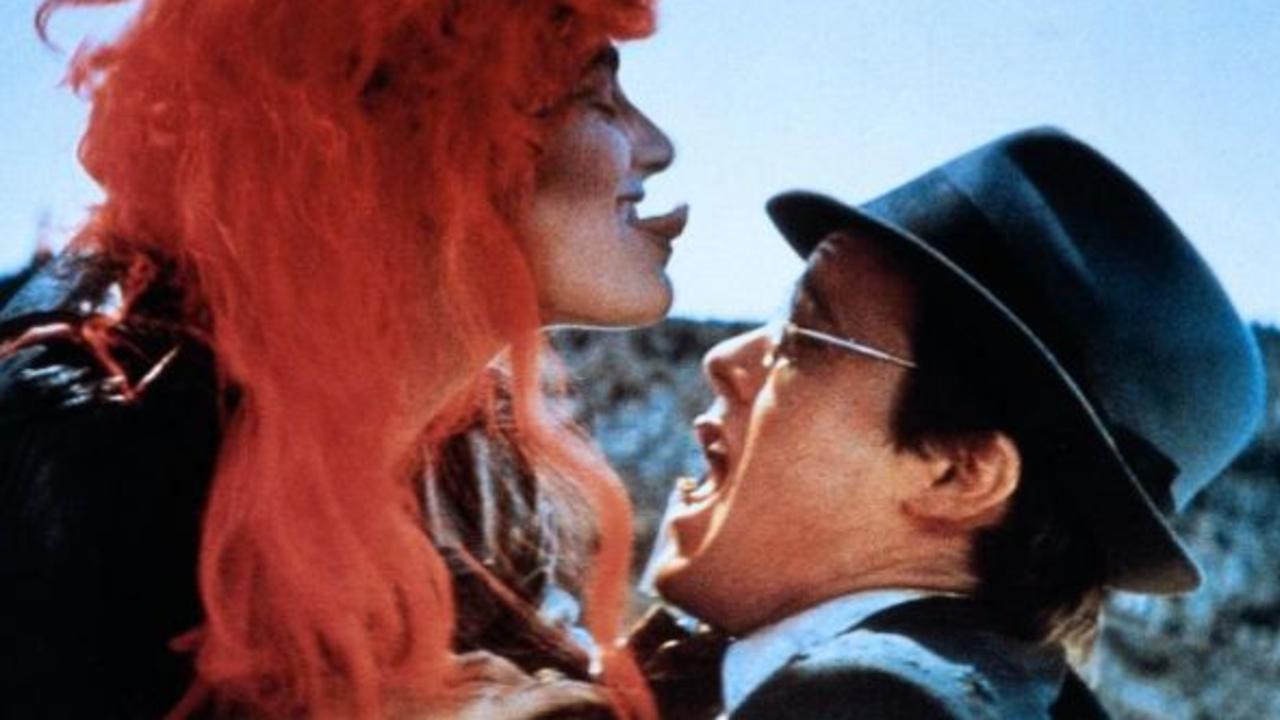 On April Fool’s Day, 1986, a nuclear war breaks out. Two young boys are placed by their fathers into a fallout shelter and left to grow up around 1940s and 1950s memorabilia like detective novels and big band music. Fifteen years later, Philip (John Stockwell) and Marlowe (Michael Dudikoff) dressed private “dicks”, emerge from the bunker into the wasteland in search of the fathers whom abandoned them.

Along the way, they battle with radiation burned mutants and rescue a beautiful blonde woman, Miles (Lisa Blount) who kisses Marlowe, but steals his gun and accidentally drops the activation keys to the last nuclear missile upon leaving them. The young men venture onward and save a hippy girl, Rusty (Michele Little) who takes them to Edge City, which is filled with cannibals, gangs and new wave club kids. Eventually, they learn what purpose the keys serve and devise a plan to prevent them from falling into destructive hands.

Written and directed by Albert Pyun, who is often compared to Edward D. Wood Jr, for a similar appreciation for bizarre worlds. “Radioactive Dreams” is post-apocalyptic time warp that blends the styles of detective noir with science-fiction camp. It premiered at an Italian festival in 1985, but got a limited release in the states in 1986. By 2011, the film was made available in Germany on DVD with a limited bonus CD with the soundtrack containing many tracks by Sue Saad, whom also make appearance as the new wave club singer. 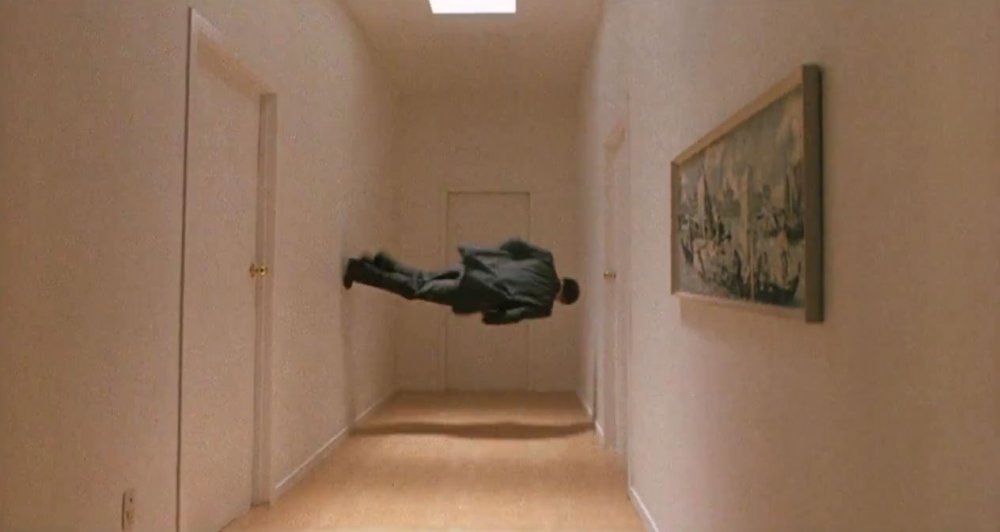 Zac Hobson (Bruno Lawrence) is a scientist working on an experiment to create a global energy grid. Upon waking up, he realizes that he is the only living being around and discovers an underground laboratory where a computer’s message relays that “Project Flashlight” is complete. After a few days, Zac’s mental state begins to break down and contemplates suicide, but changes his mind.

He then sees attractive woman, Joanne (Alison Routledge) and eventually they become lovers who decide to search other survivors. They encounter a Maori man, Api (Pete Smith) and try to understand how they survived. Shortly, a love triangle develops, however, Zac is more concerned with his scientific observations and fears the blast will occur again.

Based loosely on Craig Harrison’s 1981 novel, the 1985 film was directed by a fellow New Zealander, Geoff Murphy, which was the first science fiction feature to be shot in their native country. While it wasn’t quite successful at the box office, it received positive reviews and has since been revered as a cult classic making Steven Schneider’s list of a “1001 Movies You Must See Before You Die”. It was also nominated for eight Kiwi Awards and won in all of the categories.

On the planet Pluton, a mutant called Hungry Beast is beamed from alien garbage disposal and transformed into energy, then shot through space. On Earth, the Putterman family is tuned into satellite television, compliments of a DIY antenna, which has poor reception until a bolt of the alien energy hits their dish. The young son, Sherman, and his grandfather enjoy horror films, while the parents, Stan (Gerrit Graham) and Raquel (Mary Woronov), attend swinger parties.

The Hungry Beast materializes from the television and devours the sleeping grandfather. The parents return with another couple and lock their son up, who tries to call the police and a B-movie hostess for help, but is dismissed. The monster continues to eat people in the house and assumes their physical forms to continue feeding. Sherman’s sister, Suzy (Diane Franklin) comes home with a boyfriend, just as he has broken out of his grandfather’s room and doesn’t believe his story either.

Directed by Ted Nicolaou, “TerrorVision” is horror comedy from 1986. It received a limited release and gained negative reviews, despite its satirical depiction of late night television, polyamory and heavy metal. The original score was composed by Richard Band, whose brother, Charles, co-wrote the screenplay with Nicolaou.

A soundtrack was released with a Los Angeles art rock group, the Fibonaccis, and is now considered a collector’s item. The film has been available on cable, DVD and online streaming networks.