After France’s Eiffel Tower blown up, a paramilitary anti-terrorist force, known as Team America: World Police, drafts Gary, a Broadway actor, to infiltrate the Taliban. They are led by Spottswoode and a supercomputer, who assign them to a mission in Egypt. Unbeknownst to them, the North Korean dictator, Kim Jong-Il, has been supplying high caliber weapons to assorted terrorist groups.

Team America thwarts a potential attack, however leaving Cairo in ruins. A union of liberal Hollywood actors openly criticize them, but accept an invitation from King Jong-Il to host peace ceremony with several world leaders. The North Korean dictator has ulterior motives to detonate multiple bombs all over the globe.

Directed by Trey Parker with a co-written him his fellow “South Park” collaborators, Matt Stone and Pam Brady, “Team America” uses marionettes instead of actors, as inspired by Gerry Anderson’s “Thunderbirds”.

Two veteran actors, Marilyn (Catherine O’Hara) and Victor (Harry Shearer), along with two newcomers, Callie (Parker Posey) and Brian (Christopher Moynihan), have all been cast in a low budget film called “Home for Purim”. The production is not without flaws and conflicts between the writers, the director and the clueless wealthy producer.

When a comment read online turns into rumor, an Oscar buzz starts to flare, compliments to two obnoxious entertainment new reporters (Fred Willard and Jane Lynch). Three of the cast members all begin pining for the nomination and big egos build up the competition, even before the film is completed and released.

Directed by Christopher Guest (“Best in Show”) is a dead-on parody of Hollywood and the personalities within. It features many of his regulars like Jennifer Coolidge, Eugene Levy, Michael McKean and others.

Catherine O’Hara won the Best Supporting Actress Award from the National Board of Review. In a twist of life imitating art, rumors surfaced that she could have been nominated for an Academy Award, however that never manifested into reality. 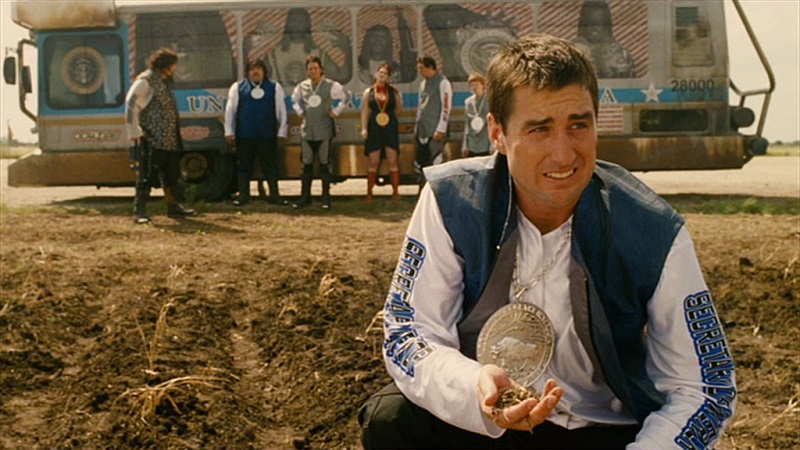 In an American experiment, an Army librarian, Joe (Luke Wilson), and prostitute Rita (Maya Rudolph) are selected for their averageness to be held in suspended animation chambers. However, five years into their stint, funding for the program is cut as a result of a sex scandal.

Five hundred years later, in 2505, as a result of an avalanche from a mountain of garbage, Joe resurfaces out of his chamber only to find the country in a police state of disarray, where the entire population somehow functions on lower level intelligence. After breaking out of jail, Joe reunites with Rita a with the help of a lawyer named Frito Pendejo (Dax Shepard) seek out a time machine with the hopes get back to 2005.

While in development, an early title was “The United States of Uhh-merica”, written and directed by Mike Judge (“Office Space”), it was renamed “Idiocracy”. The feature received a limited release and wasn’t screened for any critics.

It is probably one of the few scathing science fiction satires that serves as a prophetic documentary about where America is heading if it continues to worship anti-intellectualism and embrace oppressive dictatorships. 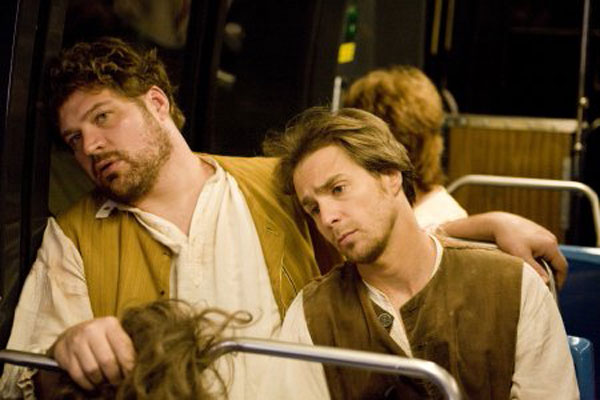 Victor (Sam Rockwell) is an American Colonial reenactor and sex addict whom attends meetings. His mother Ida (Anjelica Huston) is stricken with Alzheimer’s disease and to cover her hospital bills, he has scam to intentionally choke of food in restaurants, so strangers come to his rescue.

As his mother’s condition worsens, a doctor named Paige Marshall (Kelly MacDonald) says through the use of stem cells, they would be able to possible cure her ailment, but they must have sex in a private chapel.

However, after several failed attempts, Victor is unable to maintain an erection, which Victor believes is because he loves her. He never knew is father and hopes to find out who he is upon going through his mother’s diaries, once they are translated from Italian into English.

Based on Chuck Palahniuk’s 2001 black comedy novel, “Choke” the film adaption was written and directed by Clark Gregg (whom also acts as Lord High Charlie). Being debut as a director, Gregg struggled with combing elements of the extremely dramatic and absurd silliness. At the Sundance Festival, it won a Special Jury Prize for a dramatic ensemble cast with standout performances by Rockwell and Huston. 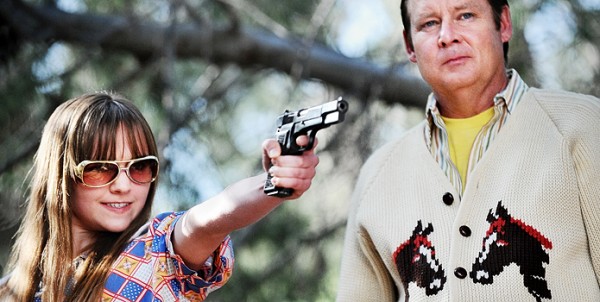 Divorced, recently fired and potentially terminally ill, Frank (Joel Murray) is fed up with the downward spiral of American culture and contemplates suicide. Upon seeing a reality show about a spoiled teenage girl and her accommodating, yet helpless parents, he marks them as his first targets.

After the killing the girl, he is witness by one of her fellow students, Roxy (Tara Lynne Barr). She follows him to his hotel room and talks him out of suicide, while sharing his contempt for the society. Together, they go on a cross country rampage, targeting the cruelest and most obnoxious people and celebrities.

This politically black comedy was written and directed by Bobcat Goldthwait (“Sleeping Dogs Lie”). It received a limited theatrical release in 2011, but was became available through video on demand and DVD in 2012. The reviews were positive and should gain a wider acceptance on the cult circuit.

Wall Street, in 1987, Jordan (Leonardo DiCaprio) becomes a stockbroker, under the mentorship of Mark Hanna (Matthew McConaughey). With the crash of the market on Black Monday, his employment comes to a halt. His next occupation is as penny stock trader and with his aggressive skills, he acquires a small fortune.

As Jordan’s success continues, he quickly falls into a decadent lifestyle of sex and drugs, in addition doing illegal trades and committing acts of fraud, thus attracting the attention of the FBI.

Based on the true memoirs Jordan Belfort with screenplay by Terence Winter (“Sopranos” and “Boardwalk Empire”), “The Wolf of Wall Street” is a black comedy about White Collar crime, directed by Martin Scorsese.

The film received many rave reviews, in addition to gaining several nominations for the Academy Awards. The theatrical version clocked in at a 165 minutes, but a four-hour director’s cut has yet to manifest. 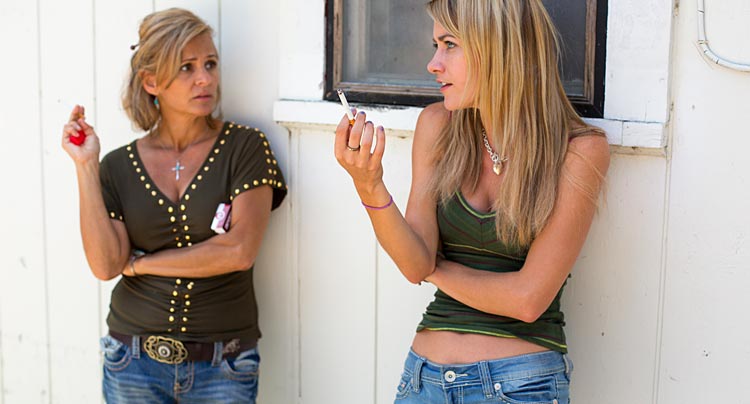 In Liberty, a small town in Upstate New York, Katelyn (Meredith Hagner) has unrealistic dreams about being a famous pop singer, before she even sends a demo CD to “The Voice”. Meanwhile, her lonely father Dave (Matt Walsh) is in a battle with city officials who won’t fix the potholes in the streets or allow him to speak at great, agitated length at town meetings.

Unknown to him, his multiple rants are posted on Youtube and attract the attention of “Think Tank”, a small activist group of hipsters in NYC who decide rally for his support, equally unaware of what they might be getting involved.

Written and directed by comedian David Cross (“Mr. Show”) in his satirical debut about people who are obsessed with achieving fame and use social media to hyperbolic disadvantages.

It is an accurate portrayal of Americans who jump on bandwagons without research or see the potential of them turning into train-wrecks. A modest success on the independent film circuit, but still in search of a following.