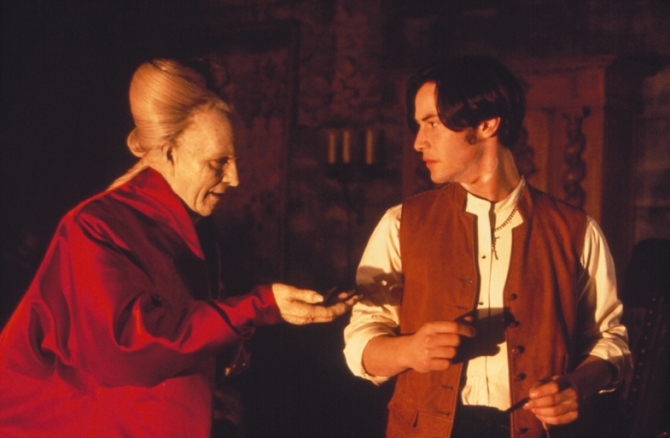 Some films have great acting, some have terrible acting and some have both. The films listed below fall in the latter category. They feature performances that were praised by critics and audiences alike and others that were complete and utter disasters.

When you have a whole section of the film’s Wikipedia page dedicated to your horrible performance, you know you messed up. A miscast Keanu Reeves was playing Jonathan Harker in Francis Ford Coppola’s version of Bram Stoker’s classic novel Dracula.

The ultimate chameleon Gary Oldman was playing the titular character, Dracula or Vlad the Impaler, which he received great critical acclaim for his portrayal. Overall, the film received critical acclaim and even won three Oscars in the categories of Best Costume Design, Best Sound Editing, and Best Make-up.

Oldman delivered a nuanced performance, making the Dracula character his own, keeping him new and fresh compared to other adaptations. He, much like his co-stars Winona Ryder and Anthony Hopkins delivered stellar performances with range and depth, unlike Reeves.

Reeves, in Gary Oldman’s own words seemed out of his depth. He was trying to escape just being known as a stoner for movies like Bill and Ted’s Excellent Adventure. However, Reeves tried way to hard here. His English accent has been called one of the worst in cinema history and his performance overall seemed stiff, uninspired, and completely absent in acting ability.

It is still painful to watch and if it wasn’t for the performances from the other actors particularly Hopkins and Oldman, Bram Stoker’s Dracula would not be worth watching at all.

I also could have placed Al Pacino here in for a great performance, but I went with Andy Garcia for his amazing supporting role as Vincent Corleone. It is hard to remember the redeeming factors of the third installment in the crime trilogy, but Garcia’s Oscar nominated performance is certainly one of them.

The only actor from this installment to nominated for the acting honor. Compared to part I and II, Godfather Part III is obviously the weakest and yet was still nominated for seven Oscars including Best Picture. I think the name alone helped there.

One of the main reasons why Part III is considered not up to snuff is the performance of Sofia Coppola. She is the only person in the Godfather trilogy to win an award that is negative. In fact she won two Razzies for Worst Supporting Actress and Worst New Star.

To say Coppola was stiff and lifeless is an understatement. She brought down the entire movie with her terrible job. She is the director’s daughter, of Francis Ford Coppola who directed the first two Godfather pictures which are considered two of the best films of all time. She got the role because Winona Ryder dropped out.

The film would have been much better with her, even if it wouldn’t have been as good as the first two. Sofia Coppola has definitely found her footing behind the camera as a writer and director, penning and directing the Academy Award nominated film Lost in Translation and several other successes. Thank God this performance will not be her legacy.

3. Much Ado About Nothing 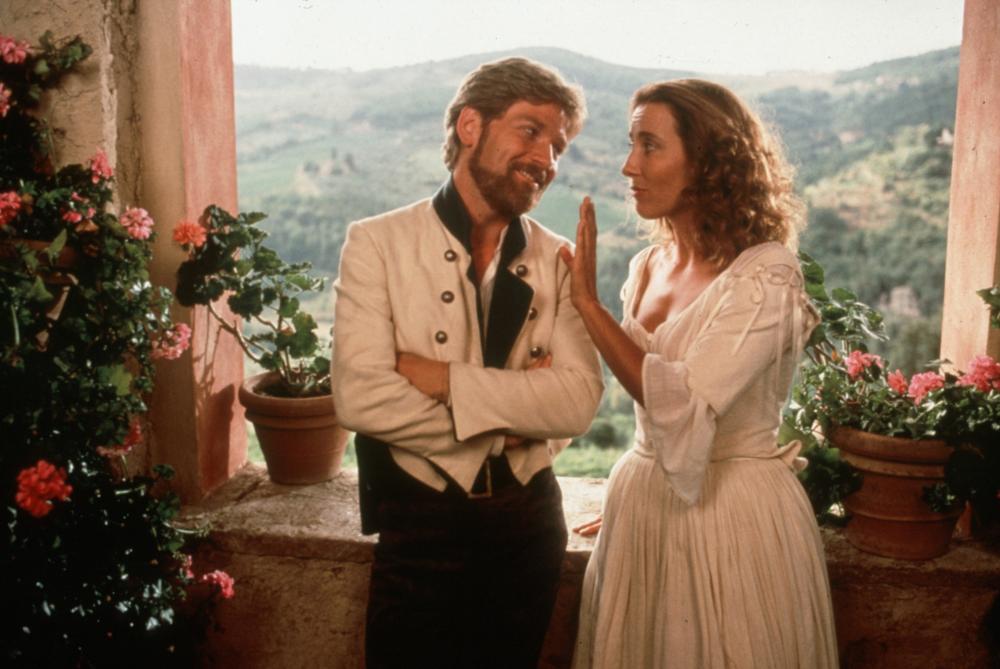 I promise I am not picking on Keanu Reeves, but he does appear twice on this list. I guess he is just lucky to be miscast in multiple films, which survived his horrible performances.

In this Shakespearean adaptation, I could have chosen most of the cast as having quality performances. It was adapted for the screen by Kenneth Branagh, who also starred in the film, but I am separating out, his then wife and Academy Award winning actress Emma Thompson.

Thompson delivers the perfect amount of nuance and comedy to bring the farce off the page. In her characterization of Beatrice, it is the chemistry between her and Branagh that really brings the film to life.

Keanu Reeves on the other hand, fails in his role of Don John. We have seen that he cannot do an English accent. Much Ado About Nothing proves this again. He is out of his depth and class and should really have been nowhere near a Shakespearean adaptation.

Whoever made that casting decision should be fired. Much like his other performance on this list in Bram Stoker’s Dracula, Reeves is the only sour note here, as everyone else was praised in their roles and the film overall was considered high quality.

Reeves was nominated for a Razzie for Worst Supporting Actor and it was truly deserved. The rest of the cast completely supported him and outclassed him to create a quality viewing experience.

It is hard to say Daniel Day-Lewis could give a performance that is anything less than great or amazing, but his portrayal of Bill “The Butcher” Cutting ranks among his best. He was nominated for Best Actor at the Academy Awards and completely steals every scene he is in, even from Leonardo DiCaprio.

Day-Lewis brings such an intense fire and intensity to the role that his antagonist completely jumps off the screen and you even start to root for him a little. His performance is by far the most memorable from the film but Leonardo DiCaprio does hold his own as the other male lead.

Martin Scorsese films are not associated with poor performances, however the incredibly miscast Cameron Diaz certainly gives one here. Her Irish accent is wavering, either incredibly strong or non-existent and stands out in all of her scenes, but for the wrong reasons. As Jenny Everdeane, a street smart thief, she completely falls flat.

The film overall did not suffer too much from her horrible performance as it was nominated for a slew of awards and praised by most critics as a masterpiece with not the strongest story, with Day-Lewis and the film’s production design receiving the most praise. Diaz has not attempted another role similar since then. Scorsese has hopefully learned his lesson. 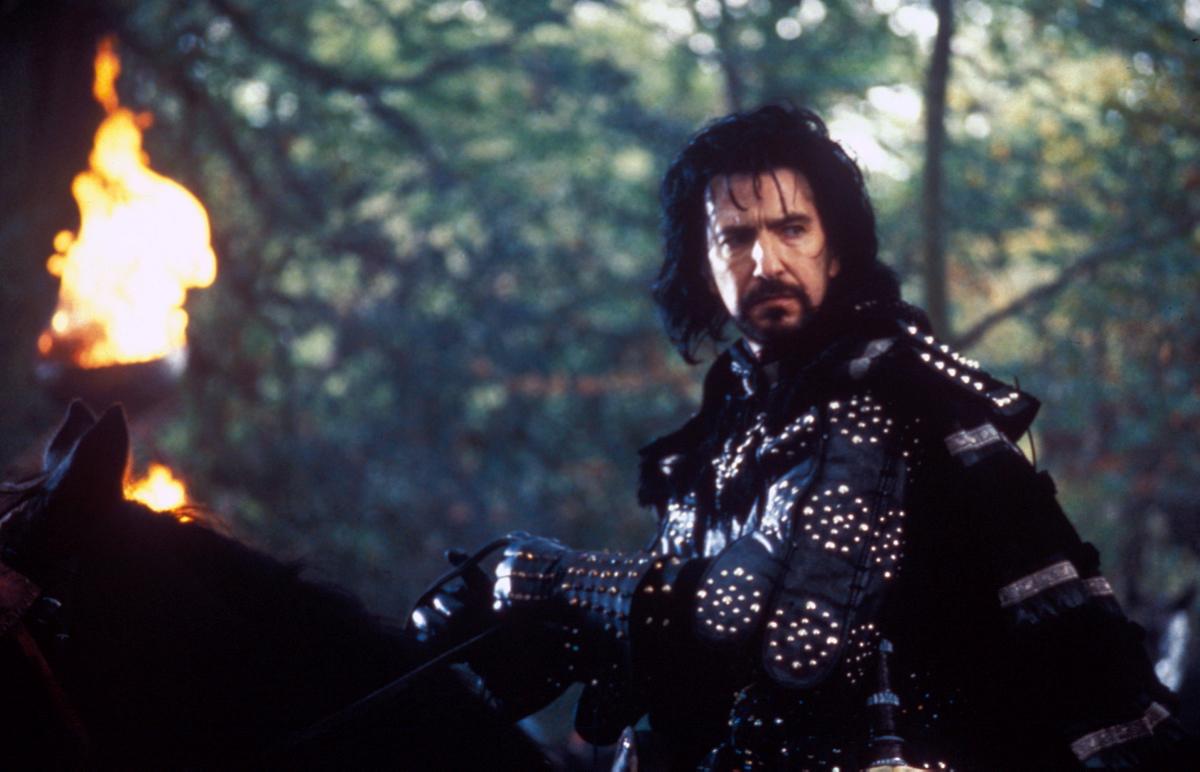 Fresh off the heals of the really surprising Oscar victories for Dances with Wolves, still one of the worst Academy decisions ever, in my opinion, Kevin Costner swooped up his next role, the heroic Robin Hood in Robin Hood: Prince of Thieves. Someone should have told Costner that this was not Shakespeare in the forest.

Costner took the role so seriously that with the atrocious writing, he seems plucked out of another movie. The performance overall was so forced and cheesy.

The film overall wasn’t that good, mixed reviews at best, and one of the reasons why is Costner trying to Laurence Olivier in a slightly comedic movie. He deserved his Razzie for Worst Actor even against “tough” competition in the category from Vanilla Ice and Andrew Dice Clay.

Alan Rickman and Morgan Freeman to boot took the mediocre material and delivered great performances. As the Sheriff of Nottingham, Rickman acknowledges the film’s camp value, giving the role the perfect amount of wit and delivering one-liners with a great deal of skill. He did it so well that he won the BAFTA award for Best Supporting Actor.

Rickman admitted later that he had some comedian friends of his rewrite some lines because the script was so terrible. Not so good film aside, Rickman succeeded in his role and Costner forced his to failure.