Movies that get banned say a lot about the social climate of the country the film is being prohibited in at that particular time. Some films cause public moral panic because a filmmaker has exploited the current social fears whereas others simply do not meet the required censorship guidelines set out in that particular country.

Some movies cause such outrage from particular groups that lobbying from the public to get a film banned can often be successful. Public lobbying was a huge response to the rise of exploitation movies during the 1960s and 1970s.

These movies were produced and distributed outside of the Hollywood movie machine and featured heavy doses of nudity, explicit sex, gruesome violence and drug use. They were readily available to the public and because they were not distributed through Hollywood channels, were uncensored.

The movies sparked panic, particularly in the UK during the 1980s, with fears that children would be able to access the films because of the rise in popularity of home videos. This led to an act of parliament being passed to ensure all movies were given an appropriate classification from a classifying authority.

Meaning that material had to be age-appropriate for audiences and anything that didn’t meet certain standards would be refused classification and therefore banned. Some movies didn’t meet these standards and were deemed too extreme for classification, leading to the famous ‘Video Nasty’ list.

This list consisted of 74 movies that were refused classification under the Video Recordings Act 1984 due to their extremely violent nature.

Today, film censorship varies from country to country but mostly depends on what the government and the main church of the country thinks is appropriate for its people. Which is why when a movie gets banned it can spark a lot of intrigue, because the powers that be have decided it is unsuitable for adults.

This opens up the debate of whether people’s right to artistic expressions and to choose for themselves what they want to watch is more important that the need to protect people from seeing certain things.

This list examines some movies that have been banned over the years and the reasons for the ban. 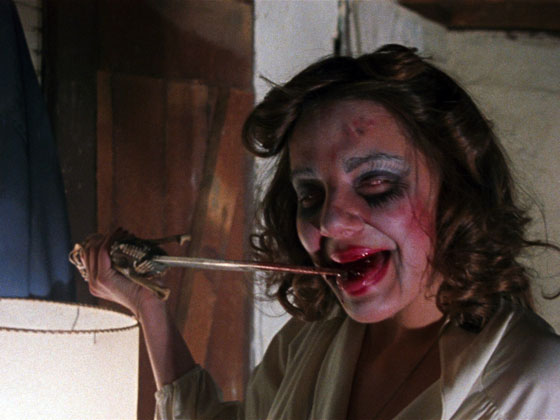 This movie was one of the first to be considered a ‘video nasty’ and was banned in the UK. The film’s extremely violent content for the time, meant The Evil Dead was also banned in Finland, Germany, Ireland and Iceland.

Despite the extremely low budget of $90,000, writer and director Sam Raimi made the film as gruesome as he possibly could. Its initial release was met with a huge backlash not only because of the excessive blood and guts but also because of the infamous forest rape scene.

The scene depicts the character of Cheryl (Ellen Sandweiss) being assaulted by a tree, which even Raimi now regrets and has been quoted saying “It was unnecessarily gratuitous and a little too brutal.”

At the time of release, it was considered one of the most violent films around, causing censorship problems that may have initially impacted on some of its commercial potential.

In 2000, the uncut version of The Evil Dead was resubmitted to the BBFC and was given an 18 certificate without cuts. The uncut DVD was released in 2001.

This movie was heavily censored in most countries and given an outright ban in the UK. The movie wasn’t banned in Australia but no company would pick it up for distribution because of the obvious censorship issues surrounding it.

Telling the story of two teenage girls who are kidnapped, tortured and raped by a gang of psychotic convicts, The Last House on the Left is still an incredibly shocking movie even by today’s standards. As Wes Craven’s directorial debut, it is much darker in tone than most of his other movies and contains a very brutal rape and murder scene.

The movie was not passed uncut in the UK until 2008, which shows just how shocking a movie that was made over 40 years ago really is.

Peter Jackson’s Bad Taste was refused classification in Australia on the grounds that it contained gratuitous violence. A surprising move considering the comedy element of the film and that it had been given classification in most other countries without any problems.

Set in New Zealand, the movie is about the disappearance of members of a small town who become replaced by aliens that chase human flesh for their intergalactic fast-food chain.

The banning of this movie led to more controversy than the actual movie itself and even resulted in the firing of the Queensland Film Board of Review in 1990. When the movie was released on video in Australia, the cover had “Banned in Queensland” printed on it. The movie was finally released uncut in 2005.

This movie earned itself a place on the Video Nasty banned list in the UK due to its extreme violence. The movie is about a former summer camp caretaker who gets horribly burned in a prank gone wrong and seeks revenge for his disfigurement by killing teenagers at the camp five years later.

The film received a lot of cuts for it to be shown in America but was considered too obscene to be released in the UK on video. The Burning was then accidentally released uncut on video in the UK, making it liable for prosecution under the Obscene Publications Act.

Most of these copies quickly disappeared but in 1992, it got a re-release after more cuts to the raft attack and the killing of Karen. In 2002 it was finally released fully uncut.

While the film did not generate much box office success as other slashers of the time, perhaps due to it being banned, it has since built up a huge cult following and is insanely popular with the critics now. 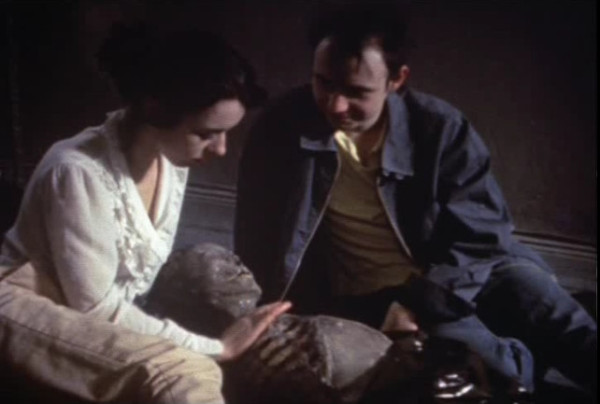 A movie about necrophilia was highly likely to make it on the banned list. Nekromatik is about a street sweeper who removes human bodies from scenes of grisly accidents. One day he decides to bring a corpse home for him and his partner to play with sexually, but she ends up preferring the corpse to him.

This film contains necrophilia, high levels of violence and animal cruelty, which has earned it an outright ban in Iceland, Finland, Norway, Malaysia, Singapore, and the provinces of Nova Scotia and Ontario in Canada.

Similar in plot to Wes Craven’s The Last House on the Left, this movie is about a woman who is raped, humiliated and left for dead by a gang of men but then survives the attack and seeks revenge by killing them.

I Spit on Your Grave was banned in 11 countries mainly due to the prolonged gang rape scene that lasts for 30 minutes of the film’s running time. Banned in Ireland, Norway, Germany and Iceland for ‘glorifying violence against women’ the movie was inspired by a real encounter that the director Meir Zarchi had with a women who had just been raped.

He took her to the police station but was outraged at how the authorities handled the situation and how the woman was treated, delaying taking her to the hospital even though she had a broken jaw. He wrote the rape revenge movie as a tribute to the woman.

Due to the horrifying nature of the rape scene, the movie remained banned in the UK until 2001 when a version of the film with the scene very heavily edited was given an 18 certificate. The movie remains banned in Ireland.

Considered now to be one of the greatest horror movies ever made, The Texas Chainsaw Massacre was initially banned in Germany, Iceland, Norway, Sweden, Singapore, Brazil, Chile, the UK and Australia. The movie is surprisingly low on gore, so much that the director, Tobe Hooper was expecting to get a PG rating when it was released in 1974. Instead the movie received an X rating even after cuts.

Despite the lack of blood and guts, the film was generally refused classification due to its ‘sadistic’ tone and the constant struggle of the female lead, especially towards the end of the film. It also didn’t help that the movie was marketed as a true story, but was only very loosely based on murders of serial killer Ed Gein.

The movie remained banned in the UK until 1999 when it was released uncut on DVD and was praised for it’s lack of sexual violence and for being low on gore.