Bad movies have been around for a while, and so has the tendency to make a sequel of everything, and when those two are combined, something awful is often born.

Occasionally, a movie comes along, that is so horrendously bad that one has to question how it was made in the first place. Unfortunately, sometimes these movies does well enough to garner a sequel, whether it is because they earned money, or because the fans loved it.

The following list contains 10 movies that are so bad, that it is incomprehensible how they garnered their sequels.

The original Death Race 2000 was far from a great movie, it had some interesting political satire, and was actually quite complex. Somewhere along the line, someone decided to take the “old” action movie, and adapt it for the modern audience.

That of course meant to strip it from the political aspects, remove anything that made the original complex, and add a lot of mindless and bland action. The movie stars Jason Statham as the main character, who is forced to participate in the so called ‘Death Race’, where the goal is for the participants to murder each other to complete the race.

The prequel/sequel/reboot contains no action the viewer can be invested in, just a bunch of cars and explosions, the characters are cardboard cutouts, and the plot is dull and inconsistent. Generally, it does not seem like the movie knows what it is going for. Nevertheless, the movie made almost twice the budget at the box-office, securing a sequel.

There is not much to say about Death Race 2: Frankenstein Lives. In an attempt to make as many movies as possible out of the almost non-existent plot, someone figured that he could make a movie about the guy who died in the beginning of the first movie. The sequel suffers from the same problems as the first: boring characters, boring action, and a boring plot, and at the same time it lacks any type of complexity. A second sequel called Death Race Inferno was also made, and according to the rumours, a fourth movie is on its way.

Originally, The Lawnmower Man was marketed as an adaptation of a Stephen King short story, until they were sued by King for attaching his name to the project, since it bore no resemblance to his story. The plot centres on a simple-minded gardener who is put through experiments, which includes both intelligence enhancing drugs and virtual reality, to improve his intelligence. As his intelligence grows, he becomes more and more mentally unstable, and he begins to exact revenge.

The movie is very clichéd, mimicking a countless number of movies about a scientist who loses the control of his experiment. The acting is wooden, and the CGI has aged horribly. In spite of that, the movie did manage to earn thrice the budget at the box-office, and a sequel was released four years later.

Lawnmower Man 2: Beyond Cyberspace begins shortly after the first movie ended, where two scientist tries to revive the main character of the first movie. And once again, they lose control of him.

The plot is basically the same as in the first movie, but, as it oftentimes is, it is obvious that it was never meant for the plot to cover two movies. Furthermore, the movie relies too heavily on CGI that, strangely enough, looks worse than the CGI in the original. 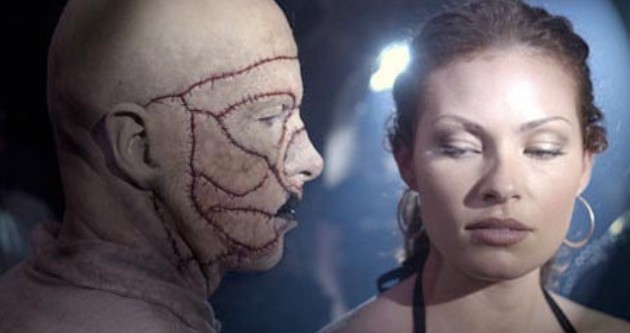 In terms of videogame-movies, House of the Dead might not be the worst, but it is definitely the worst to garner a sequel. The movie is directed by the “legendary” videogame-movie director Uwe Boll, and it is almost unnecessary to say anything else.

The movie starts with the main characters sailing to an isolated island for a ‘giant’ rave party (where approximately 40 people are present). Upon arrival, they discover that it is completely deserted, and they slowly realize that the island is overrun by zombies. The move ends with the reveal that one of the main characters is name ‘Curien’, who was one of the primary antagonists in the games.

The movie fails on every level. As a video-game adaptation, it bears almost no resemblance to the original games. As a regular movie, it suffers from boring action, bland characters, and a predictable and dull plot. It is a terrible movie in all ways, but as a movie by Uwe Boll, it is safe to assume it was never meant to be good.

Unfortunately, House of the Dead was made with a low budget (approx. $12 million), and it managed to earn just above that at the box-office (approx. $13 million), which lead to the sequel, despite the negative reviews.

House of the Dead 2 picks up shortly after the first one ended, and starts by showing Curien’s attempts to reanimate the dead, in a university lab. It might be worth noticing that this Curien is probably not the same person as the Curien from the first movie, unless he aged 20 years and changed ethnicity between movies.

The experiment goes well, but he is killed by his own experiment. 29 days later (get it?) the campus is overrun by zombies, and a team of soldiers and two scientists is sent in to eliminate the threat. 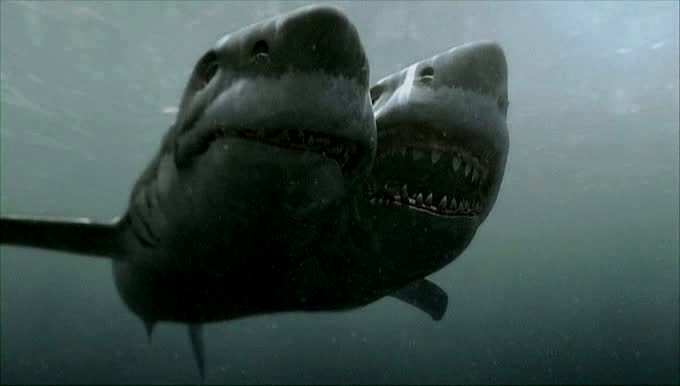 2-Headed Shark Attack, one of the many terrible movies by The Asylum, contains all the clichés of a bad shark movie: fake looking gore, stupid characters, big-breasted women, terrible acting, terrible CGI, a shark that seems to be smarter than the rest of the characters, and of course the climax: the shark blows up, twice. The twist on the classic Jaws-rip-off is, as the title might imply, that this time the shark has two heads.

The overly simple plot consists of a group of people who takes refuge on an island after their boat was damaged by a shark. Unsurprisingly, the movie is full of inconsistencies: problems and objects appear and disappear throughout the movie, the shark is large enough to swallow a human whole, yet it is able to attack unnoticed in 3-foot deep water, and the characters seem to constantly forget that a shark just attacked them.

The movie fails on every level. It is not scary, it is not convincing, and it is not even so bad it is good, it is just bad.

When you have the extravaganza that is 2-Headed Shark Attack, how do you then up the ante? Simple: add another head, throw in a half-hearted message about pollution, and give the shark the ability of a hydra to regrow heads, and you end up with 3-Headed Shark Attack.

The movie follows the exact same formula as the first movie, and it suffers from the exact same clichés, only this time it takes place in an underwater research facility, which is attacked by a 3-headed shark.

As a sequel, it actually manages to do worse than its predecessor did, even though that should be nearly impossible. Where 2-Headed Shark Attack is a mindless monster movie, with no explanation for the carnage, 3-Headed Shark Attack sneaks in a half-hearted explanation concerning how the shark’s mutations are caused by pollution.

The movie seems to try to get a message across, but it is unclear what the exact message is, and it is questionable how necessary it is to have a morale about pollution in a movie about a gigantic 3-headed shark. 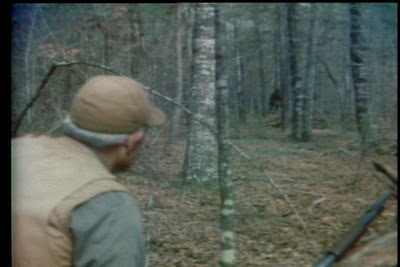 The Legend of Boggy Creek is a documentary styled drama about the “Fouke Monster” (a Bigfoot-like creature). The story is told through several people from the area in which the monster allegedly has been spotted.

As a horror movie, it is not scary, as a documentary, it is not convincing, and generally, it is a good example of a movie that just does not hold up. The movie was a huge success when it first came out in 1972, and was the 11th highest grossing film of that year, which ensured a sequel.

In 1977 Return to Boggy Creek was released as a sequel, but it had nothing to do with the original, apart from the similarities in the titles. However, in 1985 Boggy Creek II: And the Legend Continues was released as an official sequel to the original, with even the director of the original behind the wheel. Once again told in documentary style, the movie centres on a professor and his students who are trying to find the “Fouke Monster”.

The sequel manages to do far worse than the original. The plot is a mess, it is not the least bit convincing, and it fails on every attempt to be frightening (the scariest moment is a dog barking at the main characters). The movie seems to be made on an extremely low budget, and it does in no way benefit the movie.