The dystopian junkyard where the movie begins is so like the one in “Mona Lisa Overdrive”. Perhaps “Hardware” doesn’t have as much in common with Gibson’s works as other films on this list, but here we also have a great reimagination of the futuristic cyberpunk world.

When it comes to to the plot, “Hardware “is a strange story about robot junk found in the dessert. It soon appears that the separate robot parts can reassemble and rebuild into the Mark 13 – an experimental machine.

The deadly robot will go wild and begin killing everybody around, like it was created to. Sure, we all know these kinds of stories, but it’s the dark and decayed world that makes it such a unique and surreal experience. This techno-thriller gets close to both “Short Circuit” and “The Terminator”, but it doesn’t change the fact that the visual side is a cyberpunk masterpiece.

“Hardware” was based on the story Shock! from 2000 AD – the comic from where the origin of Judge Dredd comes from. The movie “Judge Dredd” and its 2012 incarnation are also worth mentioning as examples of nice cinematic cyberpunk. After more than 20 years, “Hardware” is viewed as a cult film, a typical midnight movie, an atmospheric sci-fi thriller that aged quite well. 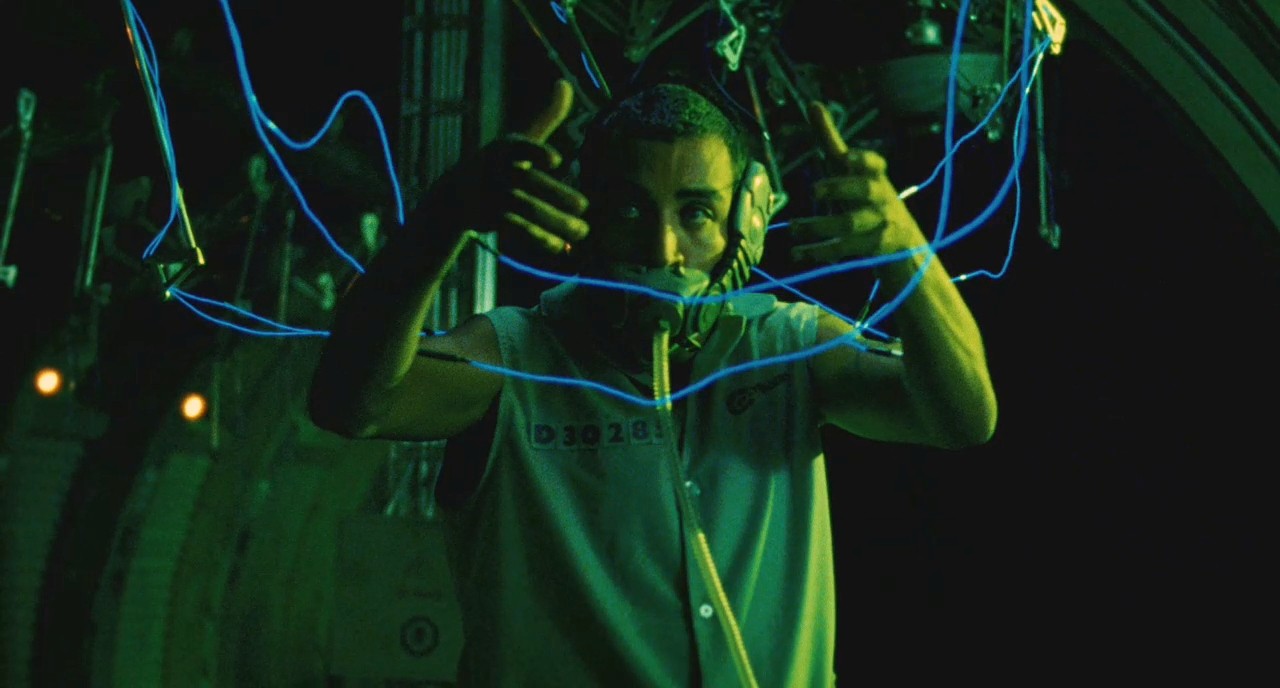 This one is a newer movie, lesser known and made with a low budget. The modest sets are far from the giant cities full of neons and skyscrapers – classic cyberpunk scenery. This canonical style was previously developed by the future metropolis in Ridley Scott’s “Blade Runner” and was so easy to incorporate into the cyberpunk writer’s vision (Gibson hated the fact that this film shared so many of his ideas who came to him at the same time).

But it’s not the visuals but the story that makes “Sleep Dealer” such a solid cyberpunk experience. The movie functions on other levels of the cyberpunk genre. It’s a story about advanced society and globalization. The action takes place in Mexico and the United States – in the slums and in the big capitalistic city. Someone from the outside is a rat in the civilized system. The thing that can change his life is technology.

Here we have another important topic: mind uploading. Memo, the main character, struggles with his father’s death and tries to change his life by moving from his home city. There comes the opportunity of becoming the sleep dealer – a worker who plugs his mind to a machine and controls it from far away. Needless to say, Memo is a hacker, so the story goes on as a good cyberspace thriller should.

The cult anime sci-fi will have its Hollywood version in 2017 with Scarlett Johansson in the leading role, so we will probably see something quite similar to a “Neuromancer” adaptation made with 21st century CGI. It’s because the original “Ghost In The Shell” had all of what takes to make a brilliant cyberpunk experience.

The most difficult thing in bringing “Neuromancer” to the screen is that it mostly concentrates on fast, intense, nearly non-stop action. This kind of hyper-action narrative is difficult in live cinema but perfectly fits animated films.

You can easily imagine Neuromancer’s epic chases and cyberspace sequences in the kaleidoscopic anime cinematography. It’s definitely easier to make such a film with animated techniques than with live actors and a green screen. “Ghost In The Shell” isn’t based on any of Gibson’s works, but it has the special dynamics of his narrative.

It also shares the futuristic vision of augmented reality thrown into the cityscape. Technology and biology fit perfectly in this world just like in Gibson’s classic novel. We could only hope that the live-action version will be close to its predecessor. Maybe this will be the ideal equivalent of the cinematic “Neuromancer”? 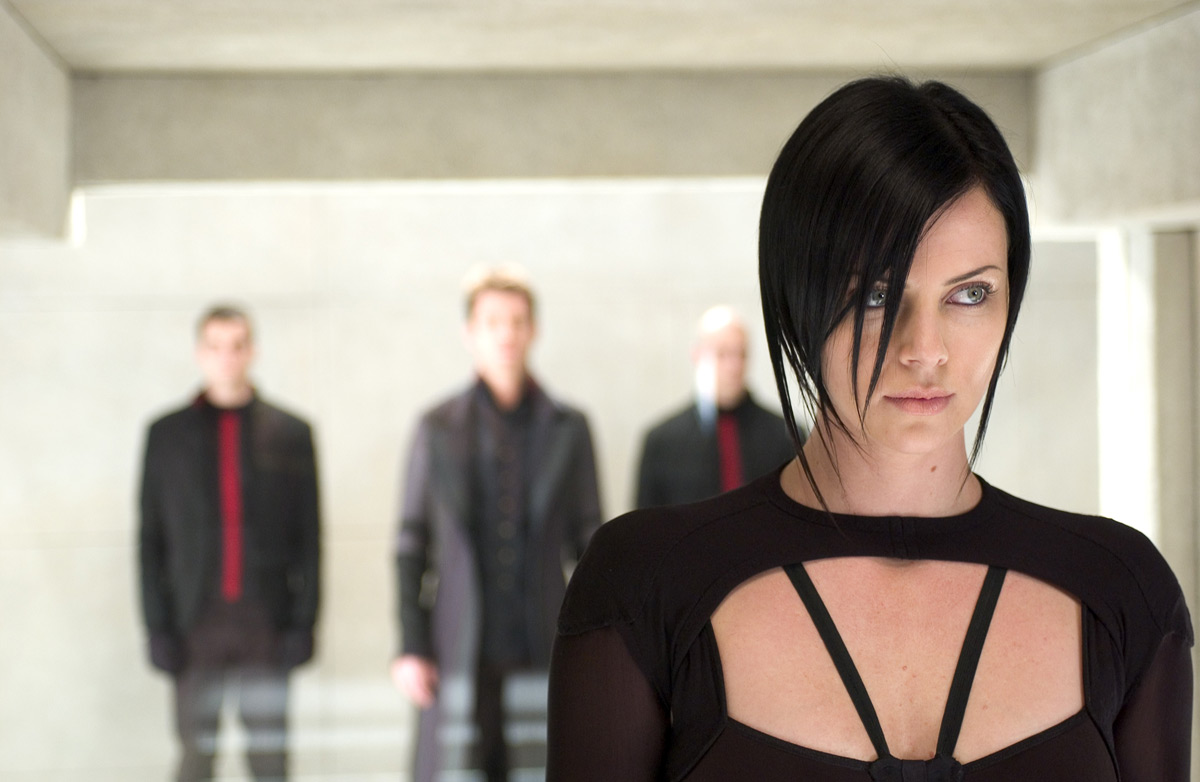 This is an example of how anime can be recreated in a live-action version. Unfortunately, it shows that it’s nearly impossible to preserve the intensity and energy of the original. Fast action scenes in this movie seem unnatural and nearly nonsensical, especially if we recall the cool bullet time scenes in “The Matrix”.

“Aeon Flux” is an example of how a “Neuromancer” film could turn into a grotesque spectacle simply by trying too hard. The novel has its cult status partially because of its nearly imaginable action, and the juxtaposition of anime and live-action cinema is a good example on how hard it is to catch this vibe.

So are there any good aspects of this movie? Some elements fit the dystopian cyberpunk (or even biopunk) aesthetic. The film likely lacks in rawness and brutality, being slightly too sterile. Nevertheless, it still is a convincing vision of how imperial power is controlling its citizens with biological restrictions. The megacorporations and clans that rule the world in The Sprawl Trilogy are also such aristocratic autocrats like the ones in “Aeon Flux”. 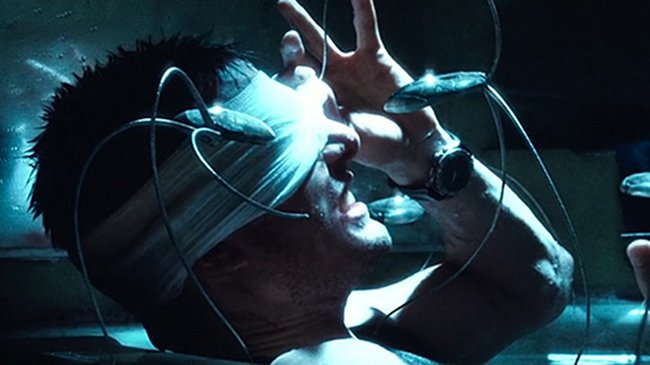 Of course, this is a film based on the work of sci-fi writer Philip K. Dick, but Steven Spielberg’s brilliant cinematography makes it a great crossover between Dick and Gibson. The story is typical for the classic writer – reality becomes a nightmare for the main character when he learns that in the near future, he will change from a policeman into a fugitive. This moment starts thrilling runaway scenes and a game of hide-and-seek before he can redeem himself.

Spielberg, like Scott in the aforementioned “Blade Runner”, knows how to make brilliant-looking science fiction. His vision of the future metropolis is stunning and his use of augmented reality is highly convincing, like in “Ghost In The Shell”.

The film is at once futuristic and realistic in its raw and organic style, much like “Neuromancer” was trying to do, and the action is simply stunning. It will be very hard for many directors to craft a satisfying Gibson movie, but as we can see, there are people who can do it. Let’s hope some day the cyberpunk masterpiece will land on the screens.