Mad Max: Fury Road has a 97 on Rotten Tomatoes and an 89 on Metacritic. It has won 116 awards, according to IMDB, and has been nominated for 123 – including an Oscar for Best Picture. Enough is enough. Yes, Mad Max is a fun, stylish film. No one disputes its entertainment value. But is it the best film of the year? Is it even in the top ten? Evidently, most people would answer “YES!” as though to suggest otherwise would be the height of pretension. But there are reasons to remain skeptical. (Ten, to be precise.)

For all its visual flair, this film is essentially a two-hour chase scene with eight – maybe nine – minutes devoted to character development. Here’s the plot summary from IMDB: “A woman rebels against a tyrannical ruler in post-apocalyptic Australia in search for her homeland with the help of a group of female prisoners, a psychotic worshiper, and a drifter named Max.”

That sounds about right. Except we learn next to nothing about the woman, the tyrannical ruler, the group of female prisoners, the psychotic worshiper, and (perhaps most importantly, given the film’s title) the drifter named Max. In a sense, that’s the film’s greatest achievement: its ability to entertain using only the most basic pillars of storytelling. Bravo.

So what do we learn about these people? Max is mad because he couldn’t save his loved ones. Furiosa is furious because she was taken from her home and forced to drive a truck. (Presumably, she lost her arm during an oil change.) Nux, the “psychotic worshiper,” has some kind of blood disease, which magically improves after Max severs his transfusion line. And the tyrannical ruler (aptly named Joe) has some kind of skin condition, not to mention a serious asthma problem.

That’s not a bad start. But do these characters have a discernible inner life? Do they change in any meaningful way over the course of the film? Do we know more about them when the film ends than we did when it began? Well, yes. And no. By the two hour mark, Max is less mad; Furiosa, less furious. But that’s about it.

(Oh. And Max tags along for the ride.)

3. The Waste of Tom Hardy 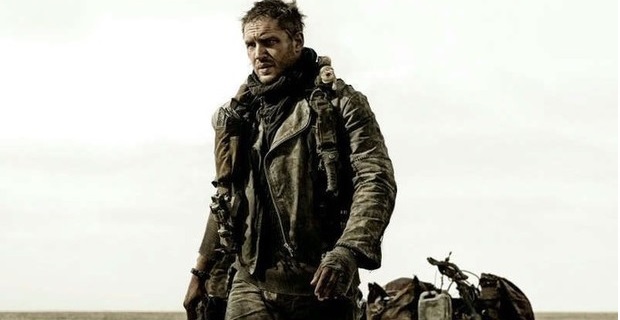 Aside from a brief, cliché-ridden voiceover in the opening scene, Hardy has barely enough lines to fit on a napkin. In fact, he seems to be making up for his dialogue-driven role in the 2013 indie masterpiece Locke, which featured 90 minutes of car-bound phone conversations. In Mad Max, however, his eloquence is confined to grunts and gestures.

For much of the film, his mouth is covered, as it was when he played Bane in The Dark Knight Rises, and, like Bane, much of what Max says is incomprehensible. (Sorry, Tom. It’s probably the sound mixer’s fault.) Which begs the question: why do directors seem so intent on preventing one of our best actors from speaking?

For a film that doesn’t like to answer questions, it sure likes to raise them. We learn, for example, about Max’s losses, but who specifically did he lose? Does he think about anything else? Or is regret his full-time job? Are his flashbacks triggered by anything in particular, or do they only occur at inopportune times, for plot convenience?

Also: how would Furiosa know how to find her homeland? Did they give her a map in case she ever wanted to go back? The desert is big and disorienting – and did I mention big? – and she’s armed with nothing more than a foggy memory and a compass? Why would she assume things were any better there? Presumably, Joe knows it exists because it’s where he found her, and if it had any resources to plunder, wouldn’t he already have done so? 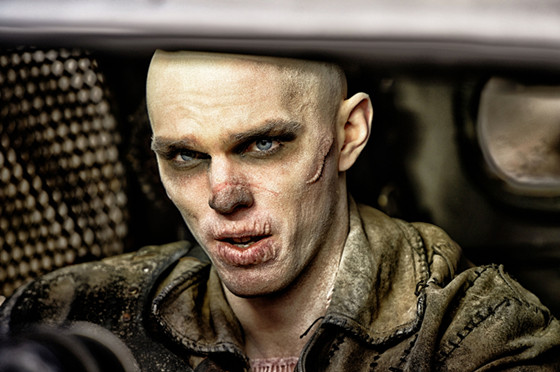 How exactly does this society (to call it that) function? If its patriarch is so physically weak (and thus dependant on others) how does he intimidate people into obeying his commands? Doesn’t anyone consider a mutiny? Why are Joe’s minions all white and bald? And why do they spray silver paint in their mouths to prepare for death? What would happen if they forgot their can of paint at home? Would they get kicked out of Valhalla by some kind of celestial bouncer?

Some things are just silly. (Yes, water distribution system, I’m looking at you.) How exactly does the plumbing work in that massive mountain fountain? And why would anyone design their water distribution system so impractically? Water isn’t just a scarcity for the oppressed; it’s in short supply for the oppressors. So why would Joe waste so much when he has so little to spare? Just to show off his power? The Joe giveth, and the Joe taketh away, I guess. (Sigh.)