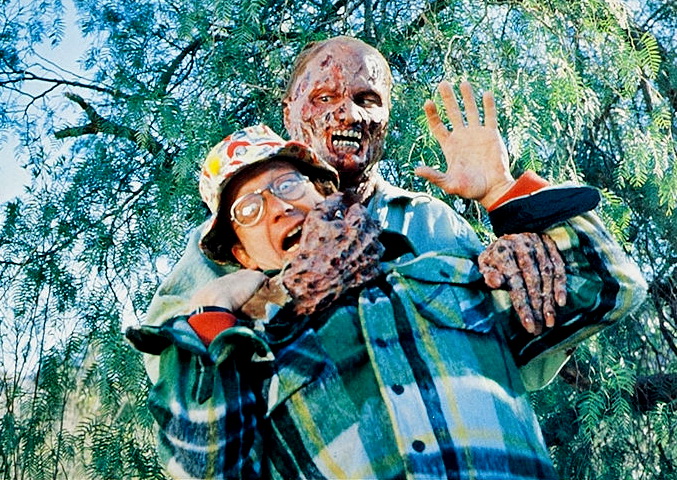 The term obscure tends to be described as something that hasn’t been discovered or is unknown. While a number of readers may have heard of or seen some of these movies, they are for the most part relatively unknown.

Most of them have had very limited or improper releases, mostly relegated to VHS releases and transfers of those onto DVD. Some are older or foreign and have just never received any attention in the U.S. Many of them are just downright awful, hence a general lack of interest after the film’s initial release. Whatever the reason, these are ten obscure horror movies. 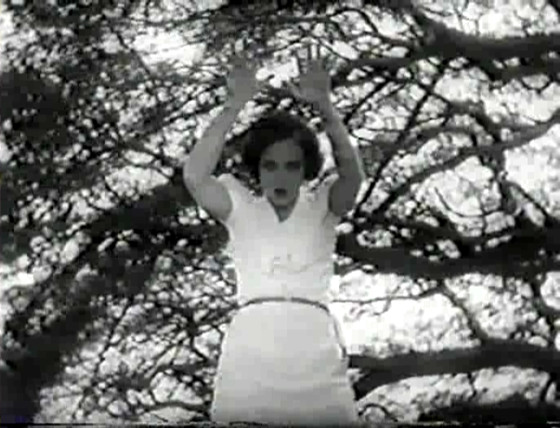 “Strange loves of queer people!” [1]. Often described as the black version of White Zombie, the story involves a black female plantation owner in Haiti who turns to voodoo for vengeance when her former lovers chooses a white woman over her.

The black plantation owner Klili was portrayed as being biracial and the white man cannot choose a bride that has been tainted with any form of black blood. Klili was played by the fair skinned African American actress Fredi Washington, who was best known for the movie Imitation of Life. The theme of miscegenation is as much of the horror here as is the practice of voodoo and zombieism.

It wasn’t actually seen “in the U.S. until 1941 when it was censored by the Breen Office and released as The Love Wanga on the States’ Rights circuit.  The sole surviving 35mm copy was even further reduced by a sub-distributor, leaving Ouanga 15 minutes shy of the original 70-minute version released by Paramount as a British quota quickie in 1935” [2]. It was remade in 1939 with an all-black cast and titled The Devil’s Daughter. 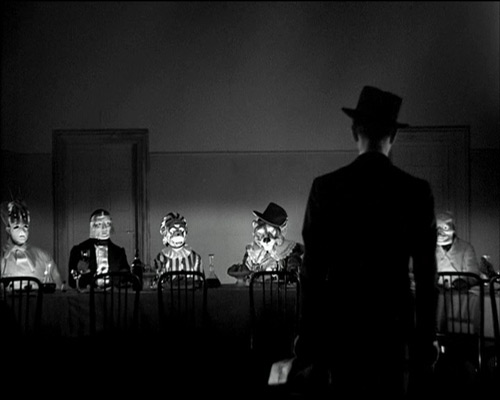 This is an excellent French horror film from the well renowned director Maurice Tourneur (The Poor Little Rich Girl, The Blue Bird, The Last of the Mohicans), whose son Jacques Tourneur was known for several low budget horror films including Cat People, and I walked with a Zombie.

The story is somewhat of a take on The Monkey’s Paw and Faust, in which a character sells his soul to the devil. This particular morality tale involves a painter who buys a talisman that will make anything that he creates spectacular and bring him fortune and wealth, not expecting that there will be a price for the deal.

The director makes superb use of mood through the utilization of atmosphere and lighting, while also creating some interesting illusions and imagery using various camera tricks, animation, and shadows. Pierre Fresnay is good as the doomed painter and Palau stands out as the devil, portrayed as a charming yet devious old man. 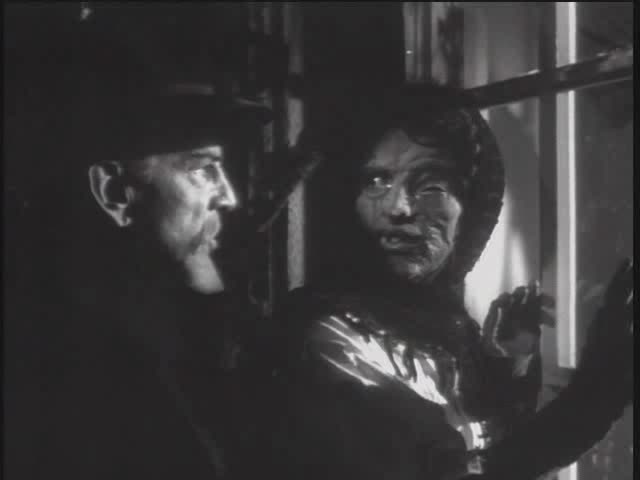 This is a Mexican horror film that combines various elements from Hollywood films that involve mad scientists to create an effective and highly atmospheric tale that features revenge, monsters, freaks, murders, and science gone mad.

A brilliant scientist has created an antibiotic that he refuses to sell to a pharmaceutical company, who try to steal the formula and murder his daughter. Out for vengeance, he uses another formula and turns a deformed gypsy servant into a beautiful woman who is tasked with killing the three thieves. She kills two of them but falls in love with the third, having to choose between love and the loyalty to the people that she is serving. The end result is a wonderful blend of a Grimm fairy tale, Frankenstein, and Freaks.

4. The Incredibly Strange Creatures Who Stopped Living and Became Mixed up Zombies!!? (1964) 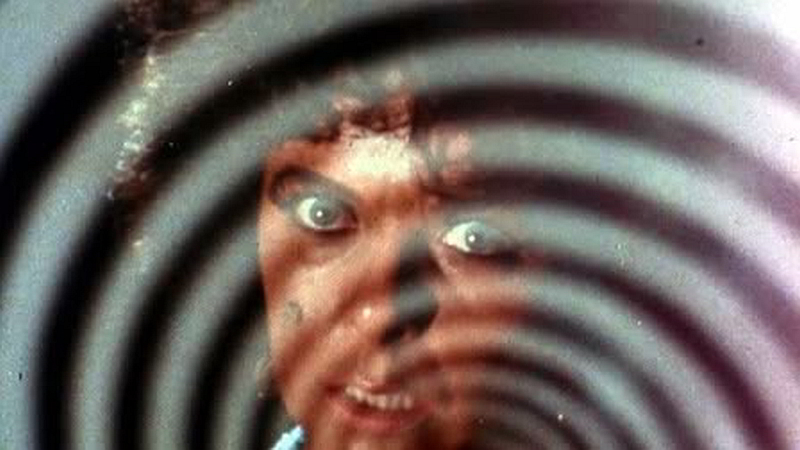 This is a super low budget monster movie that was written and directed by Ray Dennis Steckler, who also starred in it under the pseudonym of Cash Flagg. Steckler is known for directing a series of low budget cult motion pictures in the 1960’s and then moving onto mostly softcore adult films in the 1970’s and 1980’s.

The plot involves a carnival gypsy that turns various patrons into zombies, one being a slacker youth who she hypnotizes into a raving murderer in order to kill an alcoholic dancer. There are more song and dance numbers in this than there are monsters, with the zombie horde only appearing in the final act.

It has several distinctions. It is considered in the running for being one of the worst films ever made, it has the second longest horror movie title, and it is considered the first “monster musical.” Despite its extremely low budget, it does contain some interesting camera shots and angles, nice location shots of a California amusement park that resembled Coney Island, and has several psychedelic dance numbers.

It did have three camera operators that would go on to become well known cinematographers: Joseph V. Mascelli, Vilmos Zsigmond and Laszlo Kovacs. Critic Lester Bangs wrote an about the movie in 1973 attempting to defend its cinematic value, stating that “this flick doesn’t just rebel against, or even disregard, standards of taste and art. In the universe inhabited by The Incredibly Strange Creatures Who Stopped Living and Became Mixed-Up Zombies, such things as standards and responsibility have never been heard of.

It is this lunar purity which largely imparts to the film its classic stature. Like Beyond the Valley of the Dolls and a very few others, it will remain as an artifact in years to come to which scholars and searchers for truth can turn and say, ‘This was trash!’” [3]. 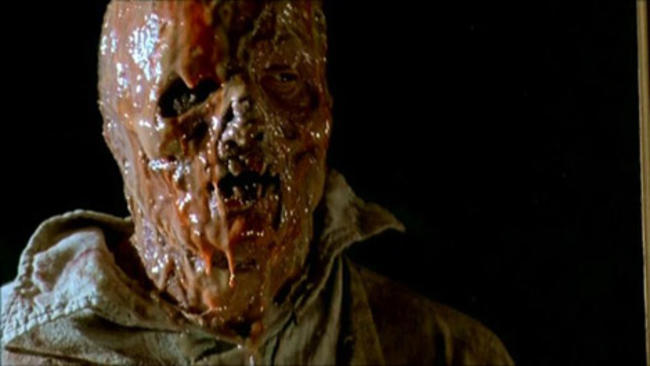 “Steven West, astronaut from Saturn, is melting. He must have human cells to survive. He is a living time bomb!” [4]. This science fiction and horror mash up involves an astronaut that is melting away from some type of space radiation. He escapes from the medical facility and goes on a murderous rampage, with most of the film consisting of him walking around while a doctor and military General haphazardly search for him.

The original version was meant to be more of a parody of the horror genre, but most of the comedic elements were removed from the final cut. The main reason to check this out is the excellent special effects that were created by Rick Baker, who is considered an icon of the special effects industry for his work on An American Werewolf in London, Thriller, and so many more motion pictures.