In history of film uncountable characters have delivered great speeches and legendary lines that sometime have even become part of our everyday language. You have been made offers that you could not refuse and asked if you were talking to Robert De Niro, not to mention all the times you have used a famous cinematic line to approach the guy or the girl of your dreams.

However, sometimes “There is more to love than words” states A.K. in the film Filth And Wisdom (by Madonna, yes Madonna, 2008) and promptly his friend reminds him that “you needed words to tell me that”.

So you could either stay here and argue around this endless paradox and probably end up screaming on each-others faces that you can’t handle the truth and eating your livers with some fava beans and a nice chianti or, focus on the main task of this article, namely listing the ten film protagonists who don’t need words to make you love them or, in some cases, hate them. Hasta la vista, babies. 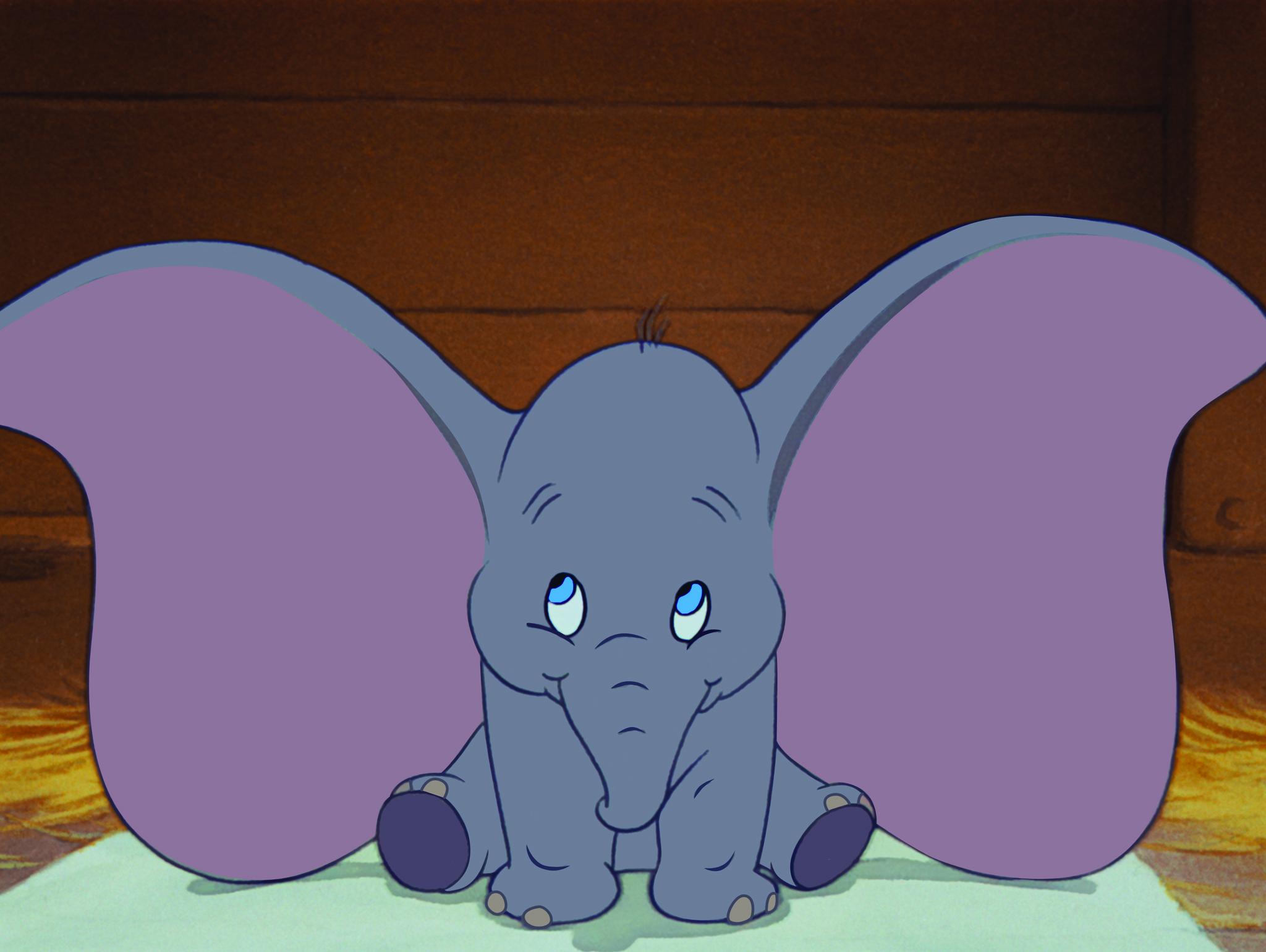 Beside being the shortest Disney Classic (63 mins credits included) Dumbo is also the only one whose protagonists doesn’t speak at all. The entire film eloquence lies in the hands of Dumbo’s best friend Timothy Q. Mouse who speaks enough for both. Not a usual children story filled with songs and happy endings, but rather a first encounter with a world that doesn’t forgive you for being different or better, special.

Dumbo is an unhappy and unlucky elephant whose only fault is owning big ears which prevent him from being useful to the circus where He was born. As a cherry on this sadness cake’s top, his mother gets locked up for nothing but trying to protect him. It will be the encounter with a joyful and optimistic mouse that will teach Dumbo how to make of his biggest flows his biggest strength.

A timeless classic that mixes greatfuly dark atmospheres with psychedelic pink elephants dance and the tender Dumbo, who won’t need a word to get to your heart. At the same time you will have plenty of words from hateful and cruel elephants rather than cheeky crows (allegedly voiced by white men who were told to sing and speak like they were black).

The tribe is on another level of anxiety with neither words nor music, just ambient sounds to increase tension and realism. The film also renews the audience’s role which is not just the observer of the story but also the only one who can hear what happens around the characters who are all deaf and mute.

Sergey (Gregoriy Fesenko) is an Ukrainian boy who enters a boarding school. No matter that is a school for deaf people, like every respectable boarding school it has got bullies gangs and unofficial rules to follow for everyone who doesn’t want to find himself with the face in the mud.

Sergey joins a gang called the tribe (“they said the name of the film!!” quote Peter Griffin) and he happens to be quite good with what they deal in, like prostitution and robberies. But when He falls in love with Anna (Yana Novikova) one of the two girls He is supposed to pimp, Segey will learn the saying “you don’t c**p where you eat”.

An intriguing story recounted without a word, in a splendid atmosphere made of sounds and sensations and realism like just great movies can do. Ripping off, finally, the veil of compassion and pity that is unfortunately so common when films deal with disabled characters.

Dumbo can’t speak cause He is an elephant (although is Disney), Sergey is deaf-mute and Robert is a tire. Yes. A tire. Like a car tire. A celebration of the best nonsense by Quentin Dupieux A.K.A. Mr. Oizo that brings a tire to life in a bloody rampage, for no reason. Some message or hidden meaning, maybe, but most probably just cool cinema.

Robert is an abandoned tire, left alone in the desert where He realizes not only that He can wander around by himself, but also that He possesses telekinetic powers. Robert can literally make inanimate things and living beings explode. Why? The real question is Why not? On the wave of the latter query He starts rolling around the desert killing people, triggering a hilarious manhunt, ops I beg you pardon, tirehunt and chasing a charming woman that finds on his path.

A blood stained race through the desert to follow which you need to enjoy nonsense and unreasonable but after all, do a filmmaker really need a reason to tell us a story? Can’t it be just the uncontrollable, instinct that leads him or her to, in this case, animate a tire and just let it go and spread death and destruction without asking why?

If some films’ lines have entered our everyday language, the whole story of Doctor Frankenstein and his creature have become integral part of the collective imagination.

For those who don’t know (lucky you cause everybody would like to astound like someone who hears this story for the first time) Mary Shelley wrote Frankenstein in 1816 a.k.a. Year without a summer a.k.a. eighteen hundred and froze to death, after having a dreadful nightmare at the age of 19.

She and some friends were closed in a hotel in Geneva and decided to write a ghost story each, Mary came out with Frankenstein and John W. Polidori with the Vampire which eventually launched the vampires myth in literature. After a first attempt in a short film in 1910, the silent but resilient creature invades the silver screen in 1931 thanks to James Whale.

Doctor Frankenstein (Colin Clive) is a young doctor who wants to defeat death and create immortality, daring god like a modern Prometheus. He works day and night to bring back a dead body from the mortal sleep until He succedes. The creature (masterful Boris Karloff) though gets soon out of the doctor’s control and so do the peasants with their torches, pitchfork and good old fashion revolt.

The creature doesn’t speak. It doesn’t really live. It just walks, meets the world once again, touches, scares and embodies the fear for the unknown, the uprising technology which paradoxically brought him in front of an audience on silver screen.

John Carpenter reads Stephen King, that should be enough for an entire plot. Christine is a red, seductive as evil car who kills everybody stands on her path. Why? Why ask? Because she is evil and bloodthirsty. Christie doesn’t speak because, apart from the fact that she is a car, she just doesn’t need it. She has got her lights, her radio and her rumble that is synonimum of fear and fury.

Arnie (Keith Gordon) is a good old fashion loser, with thick glasses, apprehensive parents and the popular friend Dennis (John Stockwell) who stands up for him against the school gang, led by Buddy (William Ostrander) who would never pass for an high school student, but hey maybe He was held back for like five years.

Back to Arnie, when He buys Christine she is old and neglected but with a little elbow grease the boy manages to bring her back to the old splendor and evil. They literally fall in love with each-other, but Christine is a protective lover and everybody who will try to stand between Arnie and her will taste the car’s wrath.

Maybe not the best crafted Oscar winning film, but definitely a cult to watch on a Halloween night with your friends while eating pizza and pointing out continuously that the bullies leader is too old and his hairstyle ridiculous, come on!